Accessibility links
NBA Star Aims To Inspire Young Readers With 'Slam Dunk' New York Knicks captain Amar'e "STAT" Stoudemire is a six-time All-Star, an education activist and the author of three books for middle-schoolers. In his latest release, an injury helps an 11-year-old STAT learn lessons both on and off the court. 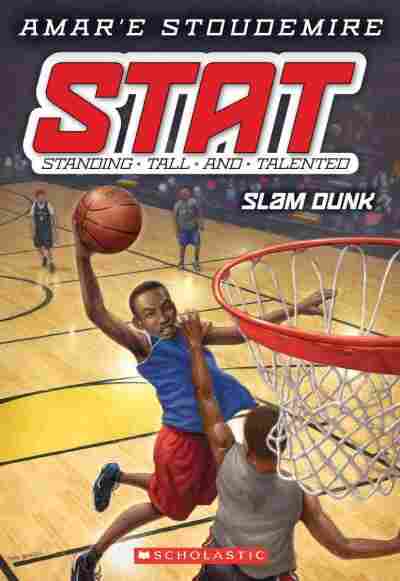 Amar'e Stoudemire is known as "STAT," an acronym for "standing tall and talented." He's an 11-year-old basketball player who wants badly to learn how to dunk — that's Amar'e the character, anyway.

In real life, Amar'e Stoudemire — who is also nicknamed "STAT" — is the captain of the New York Knicks, a six-time NBA All-Star and a man who can definitely dunk a basketball. On top of being a star athlete, a father of three and an activist for education, Stoudemire is also the author of three books for middle-school readers. The younger Amar'e is the star of the series, which explore the life of STAT when he was already talented, but not yet tall.

In the latest in the series, STAT #3: Slam Dunk, Amar'e deals with teasing from his older teammates. Then he suffers an eye injury and a doctor tells him to avoid practice for a week — the week before his team's biggest game. Amar'e must decide how to meet his obligations to his teammates, friends and coach, while also spending time with his family and taking care of his health.

Stoudemire joins NPR's Scott Simon to discuss his motivation for becoming an author and the message he wants to send with his novels.

On his childhood in Florida, the inspiration for the series

"My father was a hard-working man, and I grew up with him. And my friends, I was very close to all my friends. And all this is also inside the book series. My brother ... he taught me basketball moves. Book reports [were] very important, I had to turn in and make sure my father — make sure he understood I was making the proper grades. But yeah, I mean, my childhood definitely [had] some challenges, but all in all it was a great success and it was a lot of fun." 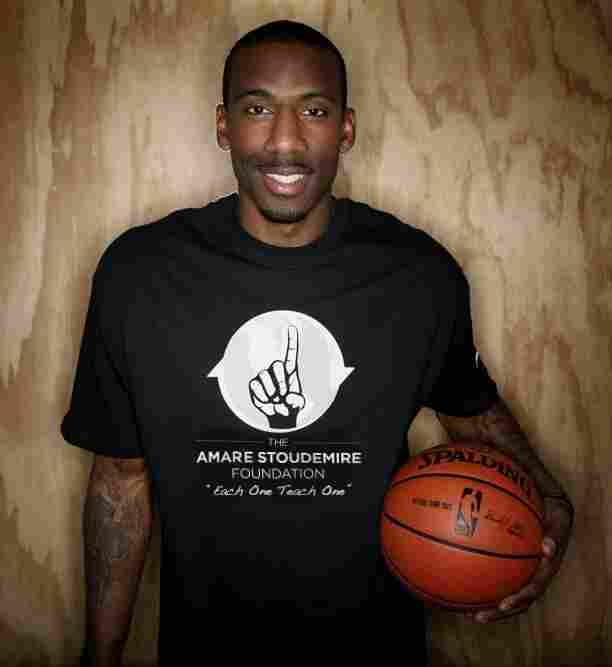 In addition to being the captain of the New York Knicks, a six-time NBA all-star, and a father of three, Amar'e Stoudemire is also an author. STAT #3: Slam Dunk is the latest in his series for middle-school-aged readers. Scholastic & Klutz hide caption 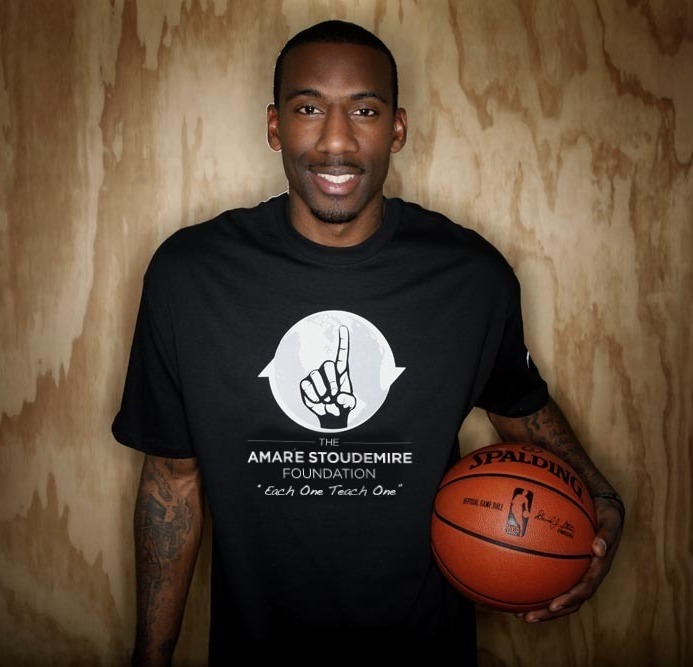 In addition to being the captain of the New York Knicks, a six-time NBA all-star, and a father of three, Amar'e Stoudemire is also an author. STAT #3: Slam Dunk is the latest in his series for middle-school-aged readers.

On the lessons he outlines in his book

"[It's] very, very important for the young boys to understand that being smart is very cool and that there's nothing wrong with being smart and intelligent. And two, for all the athletes, for most of the young boys who love to play sports, there's going to be challenges also, whether it's injury, whether it's schoolwork, whether its friends or peer pressure. You have to surround yourself [with] positive friends to have a successful start to your early career."

On why he writes for young readers

"A lot of young boys are starting to shy away from reading as if it's not cool, so I wanted to express ... how important reading really is to them. I remember when I was their age, going to the bookstore I went to, the first book that had any type of athlete on the book — whether it was Jackie Robinson or whether it was Bill Russell or what have you — whatever book I saw that had an athlete on it, you know, I bought that book and I read that book, and then that started to spark my mind to want to read more, so I want that same effect to continue on."