Accessibility links
From Corn Belt To Main Street: The Drought's Far-Reaching Grasp Record heat and relatively dry winters have created a historic drought in the U.S., but the ripple effects extend beyond the farmland and ranches. Low crop yields are driving up food prices, and dry conditions are causing forest fires and water main breaks. The costs are high, and it's still unclear if we'll see the end of it in 2013. 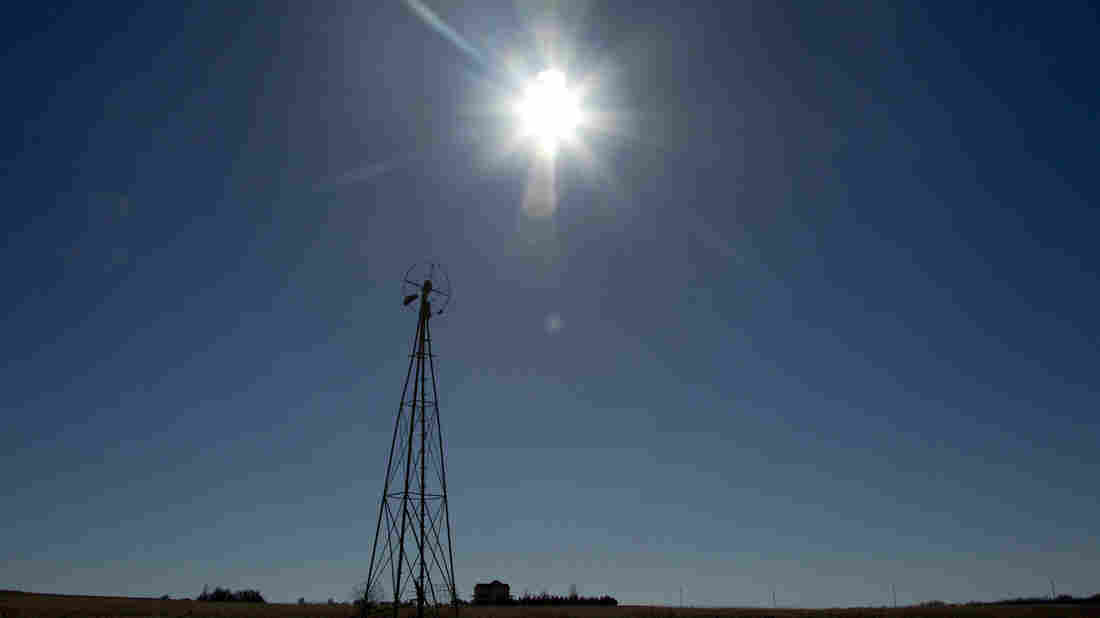 The sun shines above a farm near White City, Kan., in November. Orlin Wagner/AP hide caption 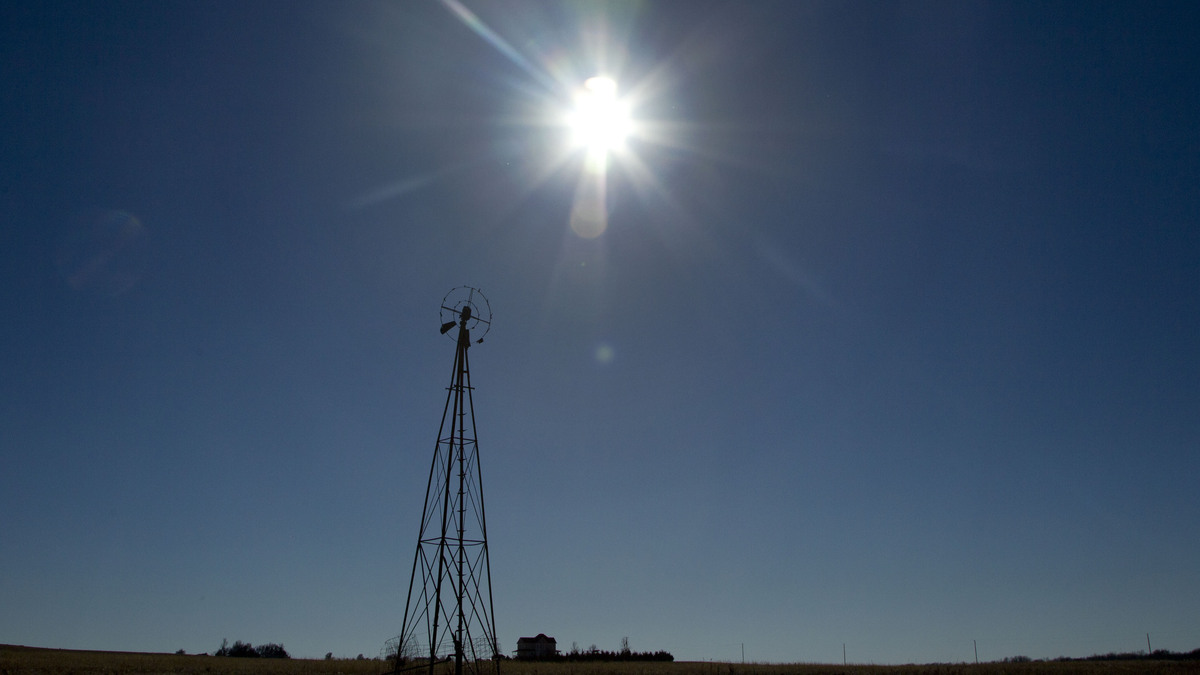 The sun shines above a farm near White City, Kan., in November.

The U.S. had its hottest year on record last year. That heat, combined with the relatively dry winter that came before, has brought a historic drought.

From forest fires and low crop yields, to infrastructure and recreation, the drought has been costly, with early estimates putting the cost at between $50 billion and $80 billion.

The U.S. Department of Agriculture has declared a disaster area in more than 1,000 counties, and now the drought is hitting America's most important waterway — the Mississippi River. Water levels are so low that the Army Corps of Engineers is taking emergency action to keep the river navigable.

"This is critically important to the economy of the Midwest and of the nation," Illinois Sen. Dick Durbin told reporters a few weeks ago.

But beyond the dusty plains and dry rivers, the ripple effects of the drought are now being felt throughout the U.S.

Even if it doesn't look dry outside, you've no doubt seen the effect of the drought: higher food prices, water main breaks, dried-out lakes and most recently, a very empty Mississippi.

That river is the country's most important waterway. Everything from fertilizer to corn and coal are shipped along the winding river to cities across the country.

With 3,100 barges and 100 towboats, AEP River Operations, a St. Louis-based barge company, usually moves about 70 million tons of cargo on inland waterways each year. But this year has been different.

"With the drought scenario we're in on the Mississippi, the low water conditions has just about brought the river to a close," says Marty Hettel, manager of bulk sales for AEP. He tells weekends on All Things Considered host Jacki Lyden that in current conditions, the company is operating at less than 45 percent shipping capacity.

So far, Mother Nature and the Army Corps of Engineers have kept the river open for business. The St. Louis area got some rain a few days ago, helping raise the river level a couple of feet. Hettel estimates levels are now about 6 feet below normal, but recent work by the corps has him optimistic.

"We'll have enough water to operate at least through Feb. 7 or 8, and I'm really thinking it will be beyond that," he says. "What happens from that point forward is up to Mother Nature and how much rain she can give us."

One of the biggest commodities shipped on the Mississippi River is grain, but in some parts of the country, like the Texas panhandle, there's a lot less of it to ship.

The Texas Panhandle is still in the grip of drought. For the third year now, ranchers and farmers in Amarillo have been searching for signs of moisture. In 2012, they had a second record low of just 12 inches of rain, up a little from the year before, but not enough.

"If this goes on, we're going to be forced to sell our cows this next spring," says Phillip Smith. He and his wife, Doris, have been farming and ranching the land in Amarillo — growing wheat, grain sorghum and hay for cattle — for more than 50 years.

The Smiths tell Lyden that they have already sold off a lot of the herd, and this year might be the last for the "Sunshine Ranch," as they've dubbed their farmstead. As the drought began, Phillip Smith says, submoisture allowed them to produce a "less than average" crop for two years, but this year they might not be able to grow anything.

"There is nothing growing on [the fields], it's pretty much bare ground," Doris Smith says. "Even the crops that we did plant in the late summer and early fall, because of the lack of moisture, those crops have died."

Their farm is just one example of what is happening across the U.S., she says, and when agriculture suffers, we all suffer.

"If you eat you are involved in agriculture [and] this really affects everybody," she says.

It's In The Books: 2012 Was Warmest Year On Record For Lower 48 States

Climatologists are hesitant to link any one drought to climate change, but there is consensus there will be more severe dry spells in the years to come. Mark Svoboda, a climatologist with the National Drought Mitigation Center in Lincoln, Neb., helped create a drought tracking system about a decade ago. He says that many people didn't realize drought is one of the leading causes of economic loss in the country.

"The main goal was to heighten visibility of drought as a natural hazard that affects millions of people [and] covers millions of square miles across our country," Svoboda tells Lyden.

More than 60 percent of the country was under drought conditions at the drought's peak in 2012, Svoboda says. What sets this drought apart from previous years is how long it has lasted.

"A large part of the affected area[s] really are going into year two now," he says, adding that some parts of the U.S. are even heading into a third year.

Svoboda says dry conditions brought on by droughts can cause respiratory problems and that losing a livelihood can affect mental health.

Dry soil, coupled with poor infrastructure, can also lead to water main breaks. "In Houston, normally they might see 200 breaks a day," he says. "They were seeing 700 a day during the summer months."

There is not a lot that can be done to be "drought proof," Svoboda says, but a more conservation mentality might help when times get tough.

"Even when times are good, let's preserve that water [and] get it back in the ground so that we can tap into it when times go dry like they are now," he says.

Svoboda says he expects the country to be locked into the drought at least until spring.