Accessibility links
'I Accepted Responsibility': McChrystal On His 'Share Of The Task' Gen. Stanley McChrystal was the top commander of U.S. forces in Afghanistan, relieved of command after a controversy in 2010. In his memoir, My Share of the Task, he describes a culture gap between the military and civilian worlds that complicated the U.S. war effort in Afghanistan. 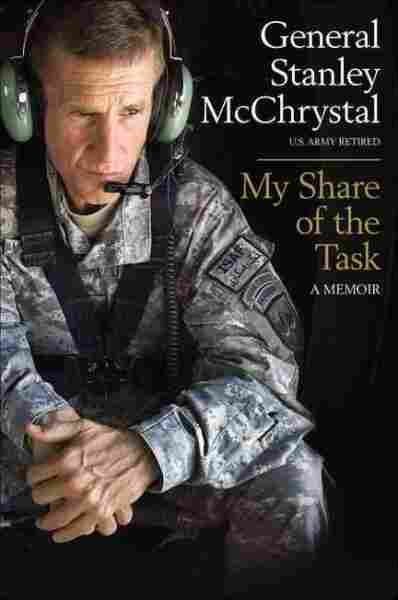 Gen. Stanley McChrystal says he's moved on with his life. The four-star general was forced to resign from the military after his aides were quoted in a Rolling Stone article making disparaging remarks about members of the Obama administration.

McChrystal's high-profile role as the top U.S. commander in Afghanistan was a different task from his highly classified missions in Iraq. While he says he was well-prepared for the military side of the job, McChrystal tells Weekend Edition host Rachel Martin that he was "certainly not comfortable" with the media part.

"I chose to be as transparent as we could — more transparent than some people advised I be. In retrospect, clearly, like with the Rolling Stone article, I wish it had not come out that way," he says, "but I wouldn't change the approach on transparency. I think, at the end of the day, you do better when you tend toward being transparent, even though there's some risk."

In McChrystal's memoir, My Share of the Task, he describes a culture gap between the military and civilian worlds. The lack of understanding, he says, complicated the U.S. war effort in Afghanistan and bred distrust between the White House and the Pentagon.

In Afganistan, An Uncertain Mission

McChrystal spent the bulk of his career in special operations, very elite units that carry out highly classified missions. In Iraq, he eventually became the commander of the Joint Special Operations Command, tasked with hunting down and killing insurgents.

His mission in Afghanistan was much less defined. When he got there in 2009, McChrystal says, the war was "badly under-resourced." He says he had to "change the psychology of all the players" — the U.S., its allies and the Afghan people — to convince them the forces would be successful.

He was constantly communicating with the leaders of dozens of nations and the public about the war.

"There's this intense media spotlight, there's a need to be transparent, and, oh, by the way, I'm also trying to fight a war at the same time," he says. "It's a challenge, but it goes with the job."

McChrystal says it soon became clear that not everyone envisioned the mission in the same way.

"Many people had different views not only of what the mission was then, but also the direction that we ought to go," he says.

He ran into misunderstandings between military and civilian leadership over things as simple as terminology ("defeating" the enemy doesn't mean you have to kill them in military lingo, but civilian leaders were concerned by the term). 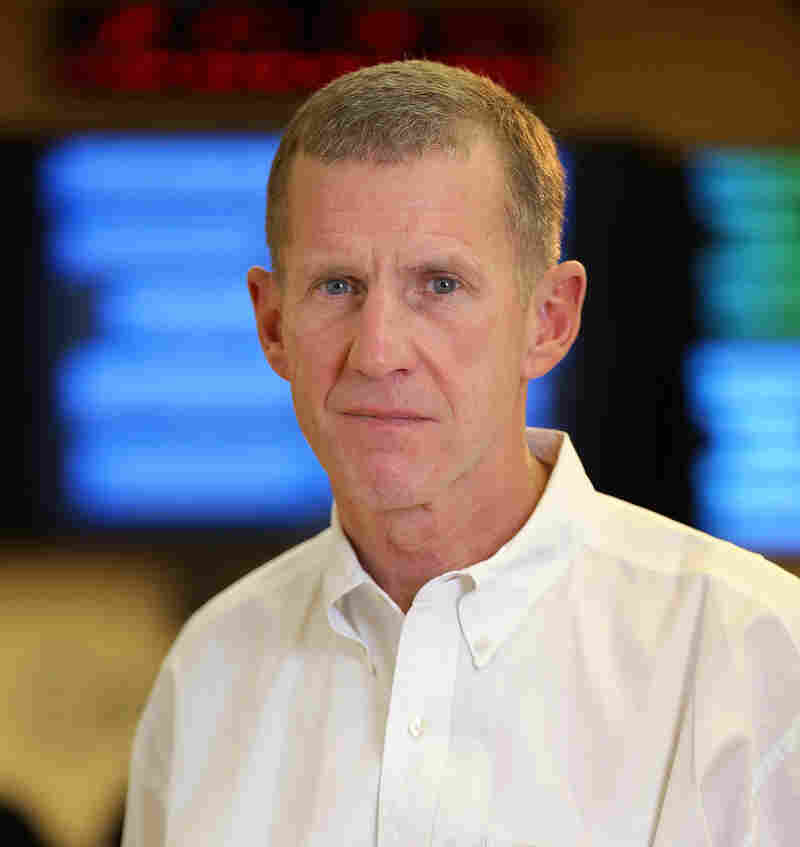 Gen. Stanley McChrystal was the commander of U.S. forces in Afghanistan until 2010. His new memoir chronicles his military career. Penguin Group hide caption 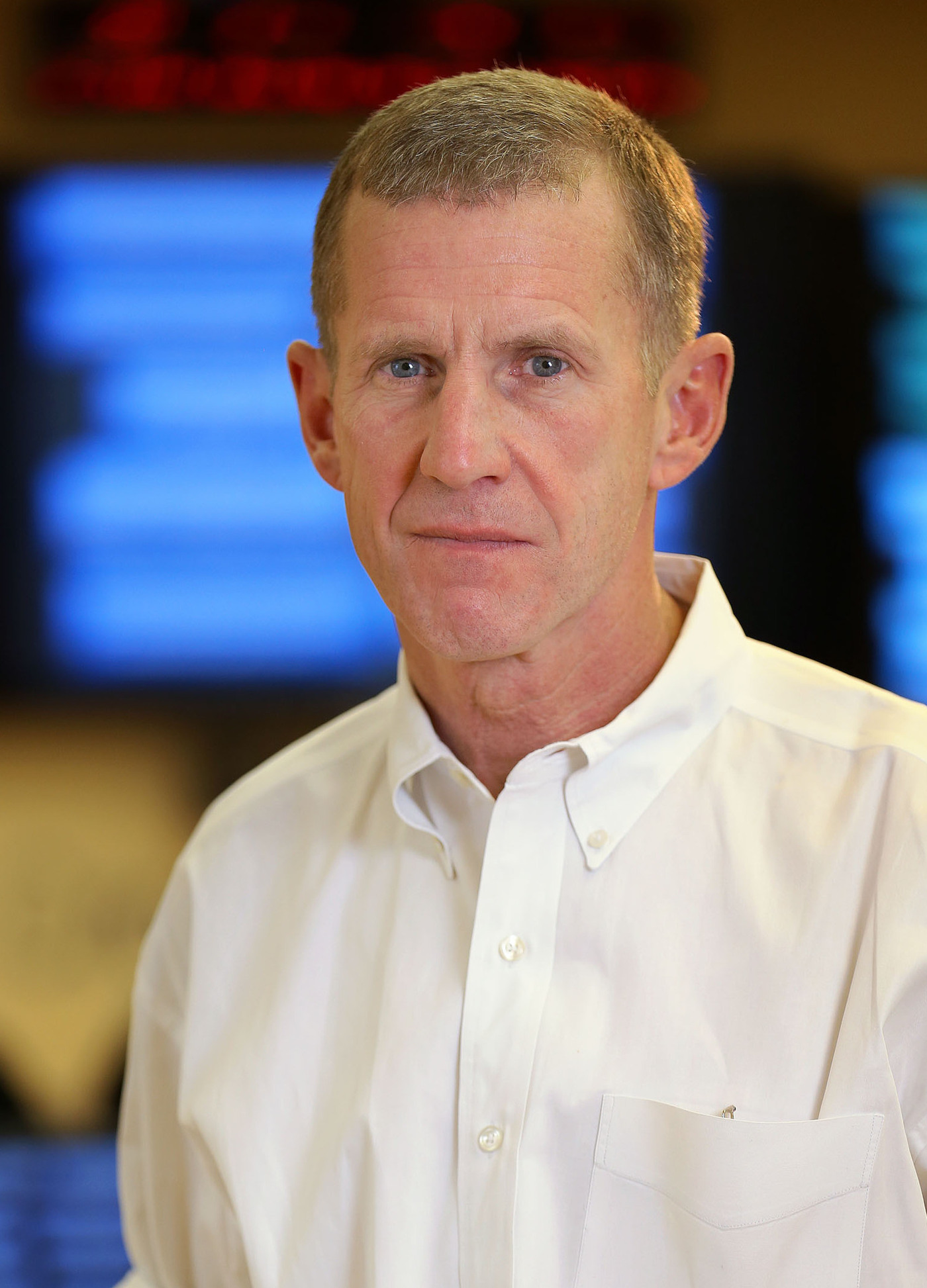 Gen. Stanley McChrystal was the commander of U.S. forces in Afghanistan until 2010. His new memoir chronicles his military career.

"What it really showed was because different cultures — the military, civilian, whatnot — all have their own lexicon, you can be having a conversation where you think you're communicating effectively ... but you're not," he says.

He says it's the responsibility of the military to explain to civilian leaders what its strategic goals are and what resources are needed to achieve them.

The Article That Ended His Career

McChrystal resigned after comments that he and his staff made about members of the Obama administration in what he believed to be an off-the-record setting to a Rolling Stone reporter. The magazine published the comments in an article titled "The Runaway General" in the summer of 2010.

McChrystal, his wife, Annie, and his staff were at a bar in Paris with the reporter. That night, McChrystal and his wife came away with a very different feeling than what ultimately came out in the article.

"I was very surprised by the tone of that article when it came out. I did not think it was a fair depiction of the team," he says, "but it created a controversy. I was in command, and I accepted responsibility."

McChrystal says the incident isn't necessarily a reflection of the military-civilian understanding gap. He says it was more a matter of context. At the time the comments were made, McChrystal says, he didn't think of them as being insubordinate.

"I know that staff was neither disloyal or intentionally disrespectful," he says. "But, you know, when something becomes a media controversy, it is very difficult to fight that fight at the time."

Life Out Of The Media Spotlight

When asked if he now sees how the comments, in isolation, could be interpreted as insubordinate, McChrystal just says he's moved on.

"I don't judge it either way," he says. "I accepted responsibility, I ended my career over that, and I've moved on with my life."

He says that as soon as he resigned, a network of supporters helped him start to get past the ordeal.

"When you go through some controversy and you see your face on the news in a negative way for 48 hours ... you doubt yourself," he says. "And your friends make the difference. They become a safety net that come in and say, 'That's not the case.' And the relationships that you've built ... come to the fore."

Read an excerpt of My Share of the Task