Accessibility links
Daughter Of The Storm: An Iranian Literary Revolution As a young girl reeling from the revolution in Iran in 1979, author Roya Hakakian discovered the great Persian poet Ahmad Shamlou. His poems made her realize the importance of breaking from tradition. Has a poem ever changed your thinking this way? Tell us in the comments.

Daughter Of The Storm: An Iranian Literary Revolution

Daughter Of The Storm: An Iranian Literary Revolution 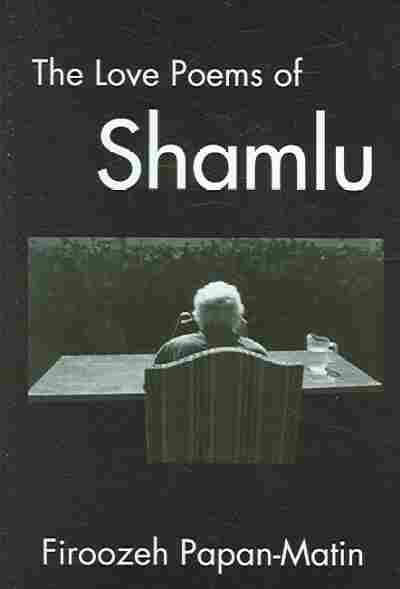 The Love Poems Of Ahmad Shamlu 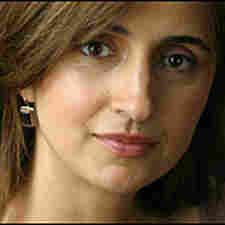 Roya Hakakian is an Iranian-American journalist and the author of two collections of poetry. Heidi Guttman hide caption

The Joy Of Mastering Clichés In English

Who's A Hostage Now?

Roya Hakakian's most recent book is Assassins of the Turquoise Palace.

Adolescence is a universally grave hour. Mine was made graver by a revolution in 1979 in my beloved birth country of Iran. The mutiny I felt within had an echo in the world without. On the streets, martial law was in effect. Tehran was burning, bleeding.

A popular American belief holds that the act of writing can somehow save the writer. But having written a couple of books and countless essays, I disagree. What saved me was not writing, but reading.

The belief that writing can bring one back from the brink existed in Iran, too. I avidly kept a diary, and wrote poetry. Eventually, a painter took me seriously and introduced me to a literary critic: a dour, lanky man with a Che Guevara mustache, a dramatic head of salt-and-pepper curls and a memorably hoarse voice. In his kitchen — immaculate enough to conduct surgery in — he proceeded to do exactly that to the dozen poems I read him. A minor grunt here, a sigh of boredom there, each to emphasize an imperfection in what I'd composed. In the end, he only said: "You must read. You must do nothing but read. Read the great modern poets. Above all, read Ahmad Shamlou."

I dedicated that summer to Shamlou. But I might as well have embarked on quantum theory. With the exception of a few poems from a particular collection called Fresh Air, which the poet had later disowned, his writing eluded me. My father, who wrote classical poetry, took this as his moment for literary proselytizing and aired his litany against modern poetry as artless and merely confounding. Mocking the title of the tiny collection I was wrestling with, he threw a rusty knife on a plastic plate and demanded: "You call this beautiful?"

The book was called The Dagger on the Tray.

My father's objection to modern poetry made the case for having to understand it even more pressing. Now it was my selfhood at stake, as was the adolescent instinct to be unafraid in breaking from tradition on behalf of a higher calling. The nation's preoccupations with notions such as truth, belonging and sovereignty had become mine. I was, after all, the awkward girl who could not find her place in the old spaces she knew.

From the distance of years, it seems as though I spent a season splayed on bed, suffering through Shamlou. One August afternoon, vowing that it would be for the last time, I reread the lines I found most mystifying. Here is my translation of them:

The ignorant are harmonious
Only the storm spawns disparate off-springs
The harmonious are shadowlike
Wary in the penumbra of the sun
But those others are the fearless
The guardians of the flames
Mortals who walk shoulder to shoulder with death
-- ahead of death.

A mild earthquake shook Tehran that afternoon, but a far more intense one had registered inside me. Suddenly, I knew who I was — the daughter of the storm — and my inharmonious experience as an awkward teenager was virtue. I now knew where I belonged in the world — to the luminous and unafraid. All of this was told to me by a father, who, unlike my own, was bold and rebellious. If childhood is one of several skins one wears throughout a lifetime, then I shed mine that day. In the subsequent weeks, I memorized several of his books to become a teenage troubadour, a literary jukebox among adults who welcomed me into their midst.

As I left Iran and moved from country to country, home has always been but one place: where my shelf of Shamlou poetry is.

(Editor's Note: Translations of Shamlou's work into English are rare, but you can find several of them here.)