Accessibility links
A Married Duo Chases The Dream, Toddlers In Tow In an industry where more and more artists must take responsibility for promoting their albums and booking their tours, the problems for Big Harp are compounded by the fact its two key members are married — and recent parents. The band releases its sophomore album, Chain Letters., this month. 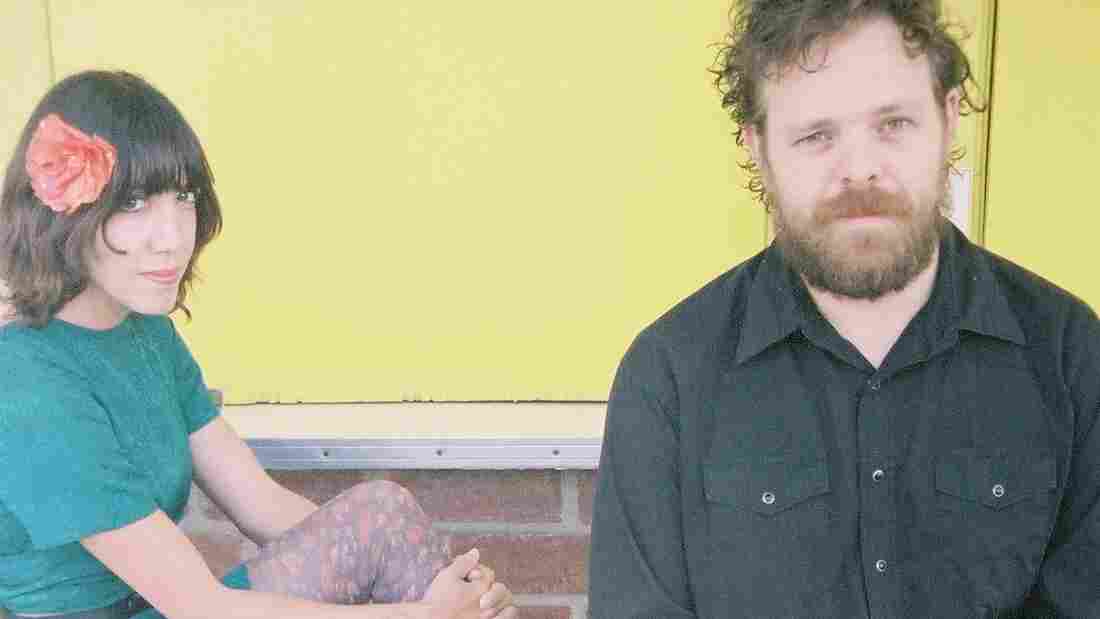 Stefanie Drootin-Senseny and Chris Senseny are the core of Big Harp, a band the married couple formed shortly after the birth of their second child. Ryan Fox/Courtesy of the artist hide caption 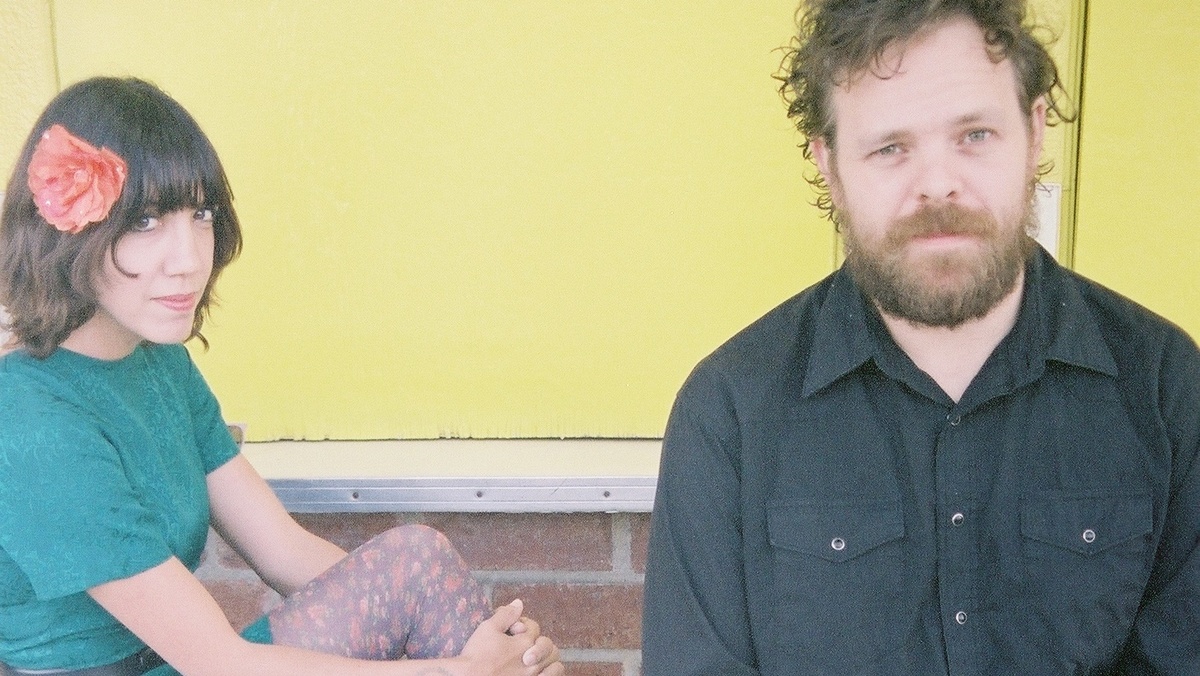 Stefanie Drootin-Senseny and Chris Senseny are the core of Big Harp, a band the married couple formed shortly after the birth of their second child.

Ryan Fox/Courtesy of the artist

Big Harp guitarist and lead singer Chris Senseney pulls his minivan into a gas station off Interstate 80 near the small town of Walnut, Iowa. His wife, and the band's bassist, Stefanie Drootin-Senseney jostles through children's books and toys scattered on the floor. Their kids do what kids do on long car trips: sing.

This is a quick pit stop between shows in Minneapolis and Omaha, Neb. As Chris fills up the family wagon that doubles as a tour bus, he remarks this wasn't how he pictured his music career.

"I didn't start touring, playing music until I was like 25, and Hank was born when I was 26, so I only had a year of doing it the other way," he says. "It was really fun, but this way it feels a lot healthier. We wake up early in the morning don't stay out too late."

Stefanie and Chris are from pretty different backgrounds. She grew up in the sprawling Los Angeles valley playing bass in punk bands, and went on to play backup for the likes of She & Him and Bright Eyes. Chris learned guitar and piano from his father in the tiny cow town of Valentine, tucked in the sand hills of central Nebraska, and fell in with couple of Omaha indie bands.

The couple met in 2007. In a whirlwind of three years, they had their son, Hank, got married and had their daughter, Twila. By the end of it, music had taken a backseat.

"At that point, it'd been two years since we'd hardly done any music," Chris says. "I think it just seemed like, 'We have to do this now if we're going to do anything at all."

So they got down to recording Big Harp's debut album, White Hat. To date, the album has only sold a little more than 1,200 copies. Stefanie says properly promoting a record becomes difficult with a family.

"We can't really do what we used to do," she says. "We can't do super-low-budget tours where we just drive out, because we can't stay on people's floors with the kids."

White Hat was released by Saddle Creek Records, a heavy-hitter indie label that is home to bands including Cursive, The Faint and Bright Eyes — groups that turned the heads of many music critics in the early 2000s. Owner Robb Nansel says Big Harp's low numbers don't concern him.

"We are a business, so we have to make money to continue to exist," Nansel says, "but our primary driver is just promoting art that we feel is important and supporting those friendships."

Nansel says Saddle Creek can afford to put out records by bands like Big Harp because a lot of the label's back catalog still sells well; it's just a matter of planning for each record.

"Gone are the days of pressing 10,000 CDs and spending a ton of money on print ads," Nansel says. "You go into it with more realistic expectations and lower budgets, and you just try to do more with less."

This month the label will release Big Harp's sophomore album, Chain Letters. The band's members began tracking it in a proper studio in Omaha, but wound up rerecording a lot of it in their Los Angeles garage. The new record is a bit of a test for the two musicians: If it doesn't launch them to bigger sales, it may be difficult for Saddle Creek to stick with them.

That urgency may have influenced the sound of Chain Letters — it's a much heavier album. Or maybe the band is just getting out the aggression that comes from touring with toddlers.