Accessibility links
Retired Bishop Gene Robinson On Being Gay And Loving God The first openly gay bishop in the Episcopal Church will start work with the Center for American Progress, focusing on issues of faith and gay rights. "Gay is not something we do," he says. "It's something we are." His book God Believes in Love: Straight Talk About Gay Marriage was published in September. 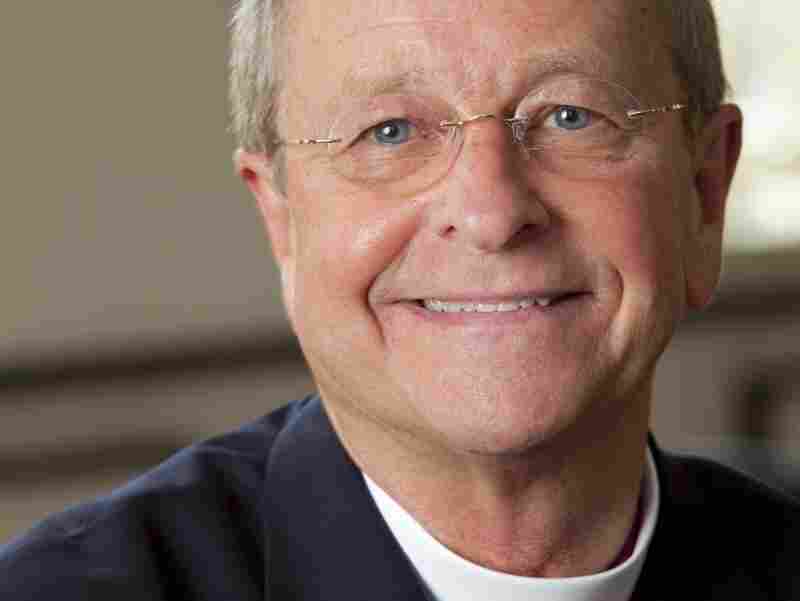 Gene Robinson, the first openly gay bishop in the Episcopal Church, has retired. He'll start working with the Center for American Progress, a progressive research and policy organization, on issues of faith and gay rights. BProud Photography/Knopf hide caption 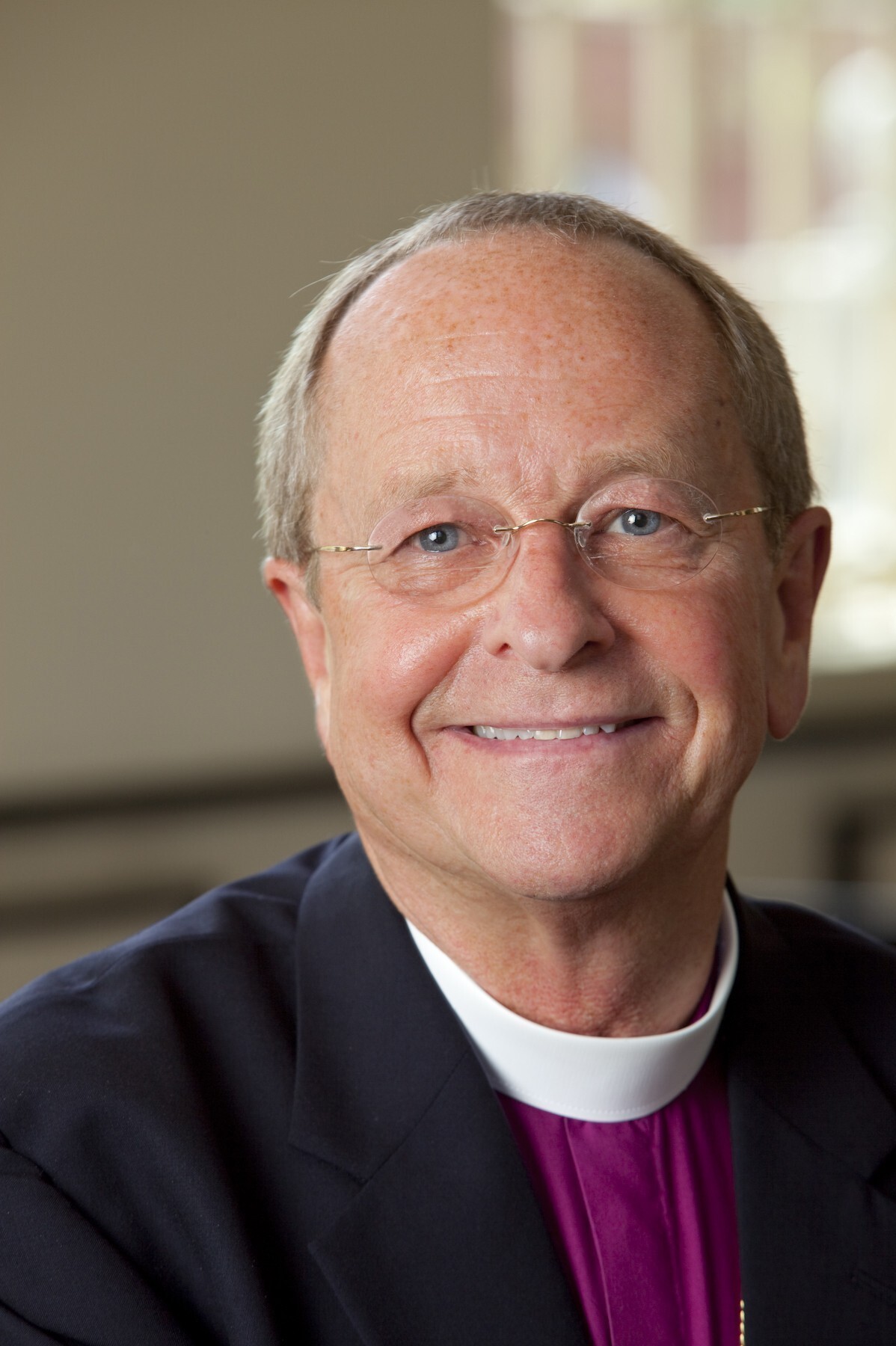 Gene Robinson, the first openly gay bishop in the Episcopal Church, has retired. He'll start working with the Center for American Progress, a progressive research and policy organization, on issues of faith and gay rights.

For many years, it didn't occur to Bishop Gene Robinson — the first openly gay bishop in the Episcopal Church — that he might retire before age 72, the mandatory retirement age for Episcopal bishops. But then, in 2010, Mary Glasspool, who is also openly gay, was elected bishop suffragan in the Diocese of Los Angeles and, for the first time, Robinson reconsidered his retirement plans.

"I thought, you know, I don't have to keep doing this," he tells Fresh Air's Terry Gross. "There is an openly gay voice in the House of Bishops, and is there something else that I would really like to do — and perhaps that God is calling me to do? And that answer came back 'yes.' And so ... I announced that I would retire at the end of 2012."

Robinson, 65, retired from his position as bishop of the Diocese of New Hampshire on Jan. 5. He and his husband, Mark, will be leaving the state where Robinson has lived and worked since 1975 for Washington, D.C. There, Robinson will be working with the Center for American Progress, a progressive research and policy organization, on issues of faith and gay rights. 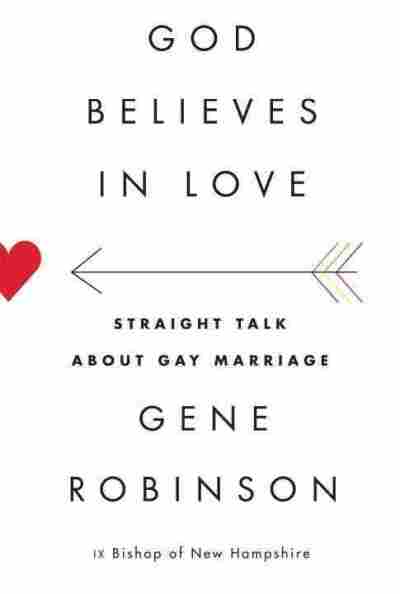 "I've long been really intrigued with what is the ... proper role of faith and religion in public life," he says. "How do we address the issues that face us as a nation, and what might the church, the synagogue, the mosque have to say to those issues, and what's the proper way of making that input into this larger discussion?"

Robinson, whose most recent book, God Believes in Love: Straight Talk About Gay Marriage, was published in September, is an outspoken advocate of LGBT rights, the fight he likens to the civil rights movement.

"That's really not the reason, although I would be lying if I said that wasn't an extra burden that my husband, Mark, and I have endured during this time. The death threats were plentiful, almost daily for a couple of years. And then more recently ... I prayed the invocation at the opening inaugural event at President Obama's inauguration in 2009, and it was about two weeks later I got a call from the Vermont State Police who had almost accidentally arrested a guy who had been driving through this small Vermont town and was in such a rage that he shot the windows out of an empty parked police cruiser. And when they caught up to him, he had in his passenger's seat, right next to him, he had MapQuest maps right to our house. He had pictures of me and Mark, and he had scrawled across them, 'Save the church. Kill the bishop.' And he had a sawed-off shotgun and tons of ammunition."

One of the joys of being a Christian or being a person of faith is that you believe deep down that death isn't the worst thing, you know. Not living your life: that's the worst thing.

"It takes a toll. I mean, I do have to say that we made a decision early on that this is what we felt we were meant to be doing and, at some point, you have to just decide that you're going to live your life and follow what you believe God is calling you to do and let the risks take care of themselves. You know, we live in a time when if somebody wants to kill you, they're going to kill you, and you can either go in a hole and, you know, pull the roof in over you, or you just continue putting one foot in front of the other and hope that you're doing some good in the world."

On the difference between God and religion

"I think people often come to the synagogue, mosque, the church looking for God, and what we give them is religion. And I think that is a huge mistake, and sometimes we let our ... fussing around with the institution get in the way of what people came for, which is help in facilitating their ... access and relationship with God. On the other hand, if you go off by yourself, then it can become a kind of narcissistic enterprise, and you don't have people around you constantly testing your understanding of God. ... [T]hat's what makes me believe in the church, in the synagogue, in the mosque, because that's the community of people that can help us understand better what our perceived relationship with God is, and test it against all those many ways in which we can try to shape it out of our own personality."

On how he nearly died at birth

"Here's the part that most people don't know: ... [W]hen I was about 13 years old, this doctor who had delivered me — was a pediatrician, actually, and became my pediatrician ... always said two things when I went to see him for a shot or a checkup. One was, 'You sure look better than the first time I saw you,' and the second was, 'I had help from above when I delivered you.' And when I was 13, he sat me down in his office ... [and] he said, 'I'm going to tell you something that your parents don't know, no one in the world knows this, but I — I want to tell you this. He said, 'I looked at you, and you were a little monster. You were so misshapen and your head was so crushed in that all I could think about was your 20-year-old mother looking at your monster-like face in your little coffin, and I just couldn't bear it. And I was so sure you were going to die that I took your head in my hands and mushed it back into as round a shape as I could make it so your mother wouldn't be so horrified.' He said, 'Had I any notion that you were going to live, I would never have done it, and I just think you ought to know that, that your life was given to you by something far beyond me.' "

Read an excerpt of God Believes In Love