Accessibility links
'The Whole Nine Yards' Of What? There are many theories about where the expression comes from — among them square-riggers with three masts, the amount of cloth in the queen's bridal train, the Shroud of Turin, and a prodigiously well-endowed Scotsman who gets his kilt caught in a door. 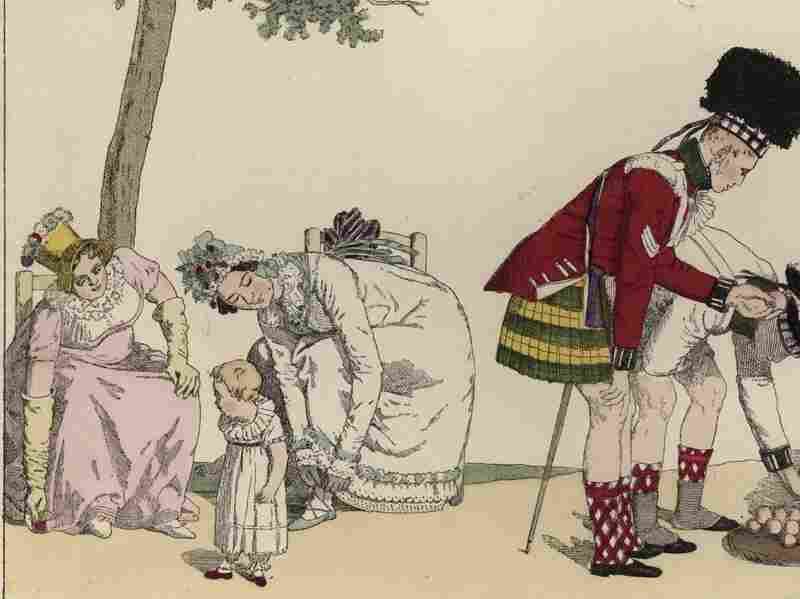 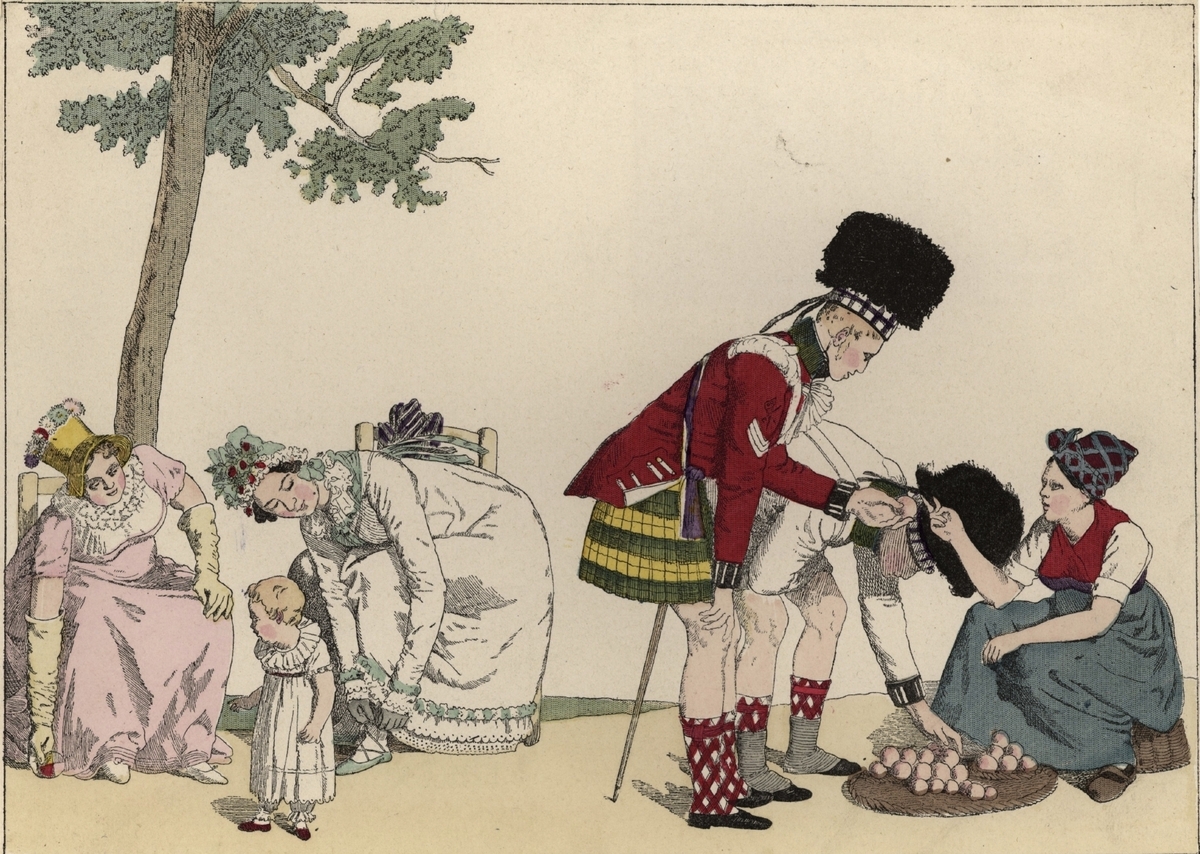 There are those who say the phrase "the whole nine yards" comes from a joke about a prodigiously well-endowed Scotsman who gets his kilt caught in a door.

Where does the phrase "the whole nine yards" come from? In 1982, William Safire called that "one of the great etymological mysteries of our time."

He thought the phrase originally referred to the capacity of a cement truck in cubic yards. But there are plenty of other theories.

Some people say it dates back to when square-riggers had three masts, each with three yards supporting the sails, so the whole nine yards meant the sails were fully set.

Another popular story holds that it refers to the length of an ammunition belt on World War II fighters — when a pilot had exhausted his ammunition, he said he had shot off the whole nine yards. Or it was the amount of cloth in the queen's bridal train, or in the Shroud of Turin. Or it had to do with a fourth-down play in football. Or it came from a joke about a prodigiously well-endowed Scotsman who gets his kilt caught in a door.

The Internet is full of just-so stories like these. They're often shaky in their facts about ammunition belts or cement trucks, but they come with assurances that the information came firsthand from an old Naval gunnery instructor or a Scottish tailor.

It used to be hard to debunk these tales, since the only way to track the expressions down was by rooting around in library stacks and newspaper morgues in search of a revealing early citation. But with the vast historical collections of books and newspapers that are now online, etymology has joined the list of activities you can do in your pajamas.

Word-sleuths traced the modern use of "the whole nine yards" as far back as a 1956 article in a magazine called Kentucky Happy Hunting Ground. Now they've discovered an even earlier version of the phrase, "the whole six yards," which was used in the rural South as early as 1912. That's still how the phrase goes in parts of the South, but it was inflated to "nine yards" when it caught on elsewhere, the same way the early 20th-century "cloud seven" was upgraded to our "cloud nine."

The unearthing of those early sources was deemed important enough to warrant a story in The New York Times, not an organ that ordinarily treats etymological discoveries as breaking news. True, the findings don't actually settle what if anything the phrase originally referred to. But they put the kibosh on the stories about World War II and the one about cement trucks, which hadn't been invented yet — though, actually, none of these stories was very plausible in the first place. `

Of course there could be a real story behind the expression, even if it's no more than a family joke about the long scarves that Aunt Florence used to knit as Christmas presents. But it could also be that somebody just plucked the words out of the air one Tuesday morning. One way or the other, the real birth of the expression was when somebody passed it along without caring what "nine yards" referred to.

The fact is that once you've said "the whole" it doesn't matter what words you finish it with or whether they mean anything or not — shooting match, enchilada, schmear, shebang? "The whole ball of wax" first showed up in the 1880s, though some writers say it comes from a 16th-century ritual for dividing up an estate among heirs. If you believe that, I've got a caboodle I want to sell you.

A number of years ago I started saying "the whole kazonga," just because I liked the sound of it. Nobody ever called me on it, but when I finally looked it up it turned out to be the name both of an Italian adult comic book and of a Zambian minister who was involved in a fertilizer scam. In the somewhat unlikely event that "the whole kazonga" ever catches on, you can be sure someone will explain how it originally comes from one or the other of those.

Still, it's hard to accept that it doesn't matter where the expression came from. Whether the measure is six yards or nine, it has a tantalizing specificity. It cries out for an explanation, and there are plenty of them at hand. Is it merely coincidence that six yards is the exact diameter of a pitcher's mound? The amount of cloth in a Varanasi sari? The length of a parachute line?

But that profusion of possibilities is the key to the idiom's appeal. If "the whole nine yards" had a definitive completion — if it went on to mention yards of cloth, cement or ammunition — it would never have caught on in the first place. It's like a line of poetry; it resonates without resolving.

Except that we don't think of this as poetry. A poet's images can bubble straight up out of the imagination; we don't ask for explanations or backstories. Would it really help to know where Gertrude Stein got "pigeons in the grass, alas" from? "Let me see, that was the day when Miss Stein and I were walking in the Luxembourg Gardens, and I started to sit on the lawn but she said, 'No, Alice' ... "

But that's just the kind of story we expect when the phrase originates in the collective imagination. So we rummage around in old ships and cement trucks looking for a secret key, as if there couldn't be any poetry in everyday language that didn't begin its life as prose.