Accessibility links
Saudi King Invites Women To Join The Debate ... From Another Room During his rule, King Abdullah has introduced a series of reforms directed at women. But there are still sharp limits. The monarch has now named women to a top advisory body, but they can't gather in the presence of the men. 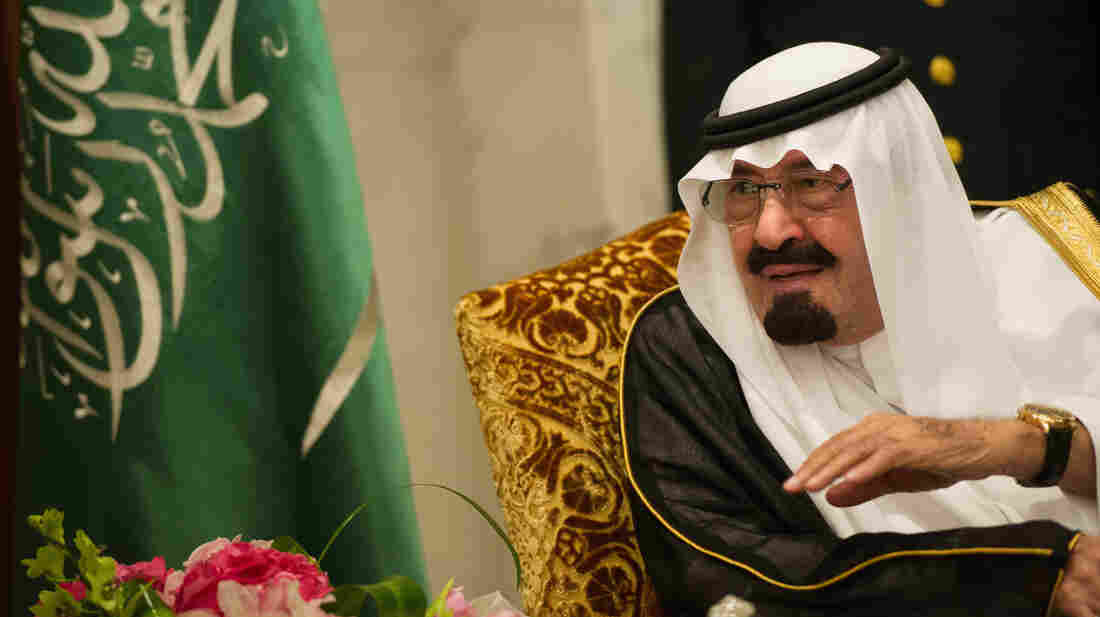 Saudi Arabia's King Abdullah, shown last November, has appointed women for the first time to a top advisory body. But in a country where the sexes are strictly segregated, the women will meet in a separate room from the men. Bertrand Langlois/AFP/Getty Images hide caption 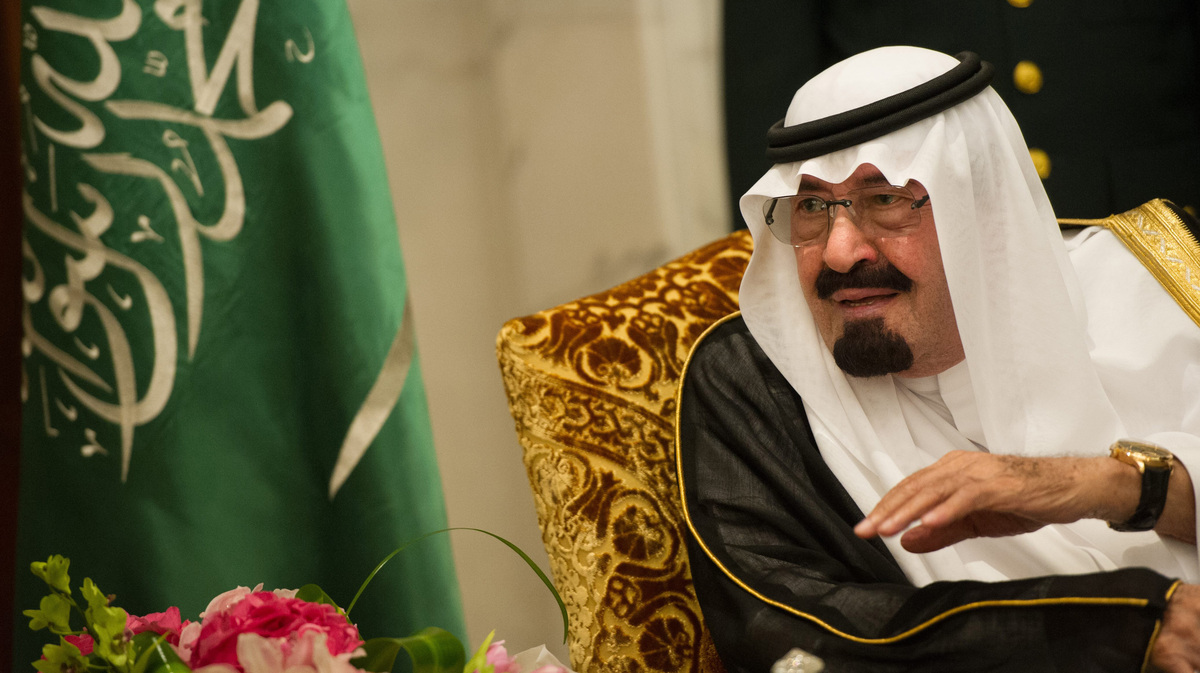 Saudi Arabia's King Abdullah, shown last November, has appointed women for the first time to a top advisory body. But in a country where the sexes are strictly segregated, the women will meet in a separate room from the men.

King Abdullah kept a promise to Saudi Arabia's women last week, when he appointed 30 of them to four-year terms in the new Consultative Assembly, the pseudo-legislature that advises the monarch on laws and regulations.

As usual with such developments in Saudi Arabia, there is a catch: The women will have to meet in a room separate from the men.

Still, in Saudi Arabia, this passes for a landmark event. It advances the glacial progress of women, not toward equality, but at least toward the margins of public participation in society. It is an important symbolic separation from a past in which women were entirely excluded from visible roles in the political, economic, professional and legal life of the kingdom.

King Abdullah has a more progressive record on the status of women than any of his predecessors except perhaps the late King Faisal, who beat back the objections of the religious establishment and social conservatives — powerful forces in Saudi Arabia — to establish the first schools for girls in the 1960s.

As a longtime visitor to Saudi Arabia, I have watched the atmosphere lighten up for them since Abdullah took the throne in 2005. In recent visits, I have been able to meet and converse with more women, at higher levels of accomplishment, than in the previous 30 years.

But Abdullah is also an octogenarian product of the unique Saudi system, a partnership between the ruling al-Saud family and religious leaders, who can be counted on to oppose every social innovation as a violation of the ideal Islamic order that they imagine the system represents. Even when he moves boldly, he moves cautiously, in increments that the conservatives can be persuaded or forced to accept.

Men And Women To Meet In Separate Rooms

This need to placate the religious establishment was evident in a second part of the decree appointing the women. They will enter the assembly's building through a different door than the group's 120 male members and will meet in a separate room, maintaining the public segregation of the sexes that is one of the biggest obstacles to the kingdom's economic and social development. The decree gives the women "complete membership rights" but separate offices and staff. 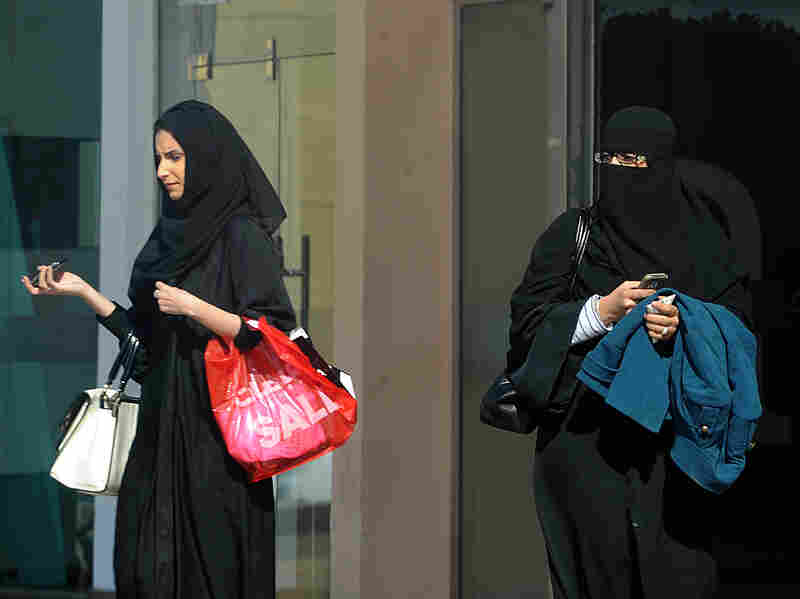 Saudi women leave a shopping mall in the capital, Riyadh, on Saturday. King Abdullah has introduced a number of reforms for women during his rule, but they still face many restrictions. Fayez Nureldine/AFP/Getty Images hide caption 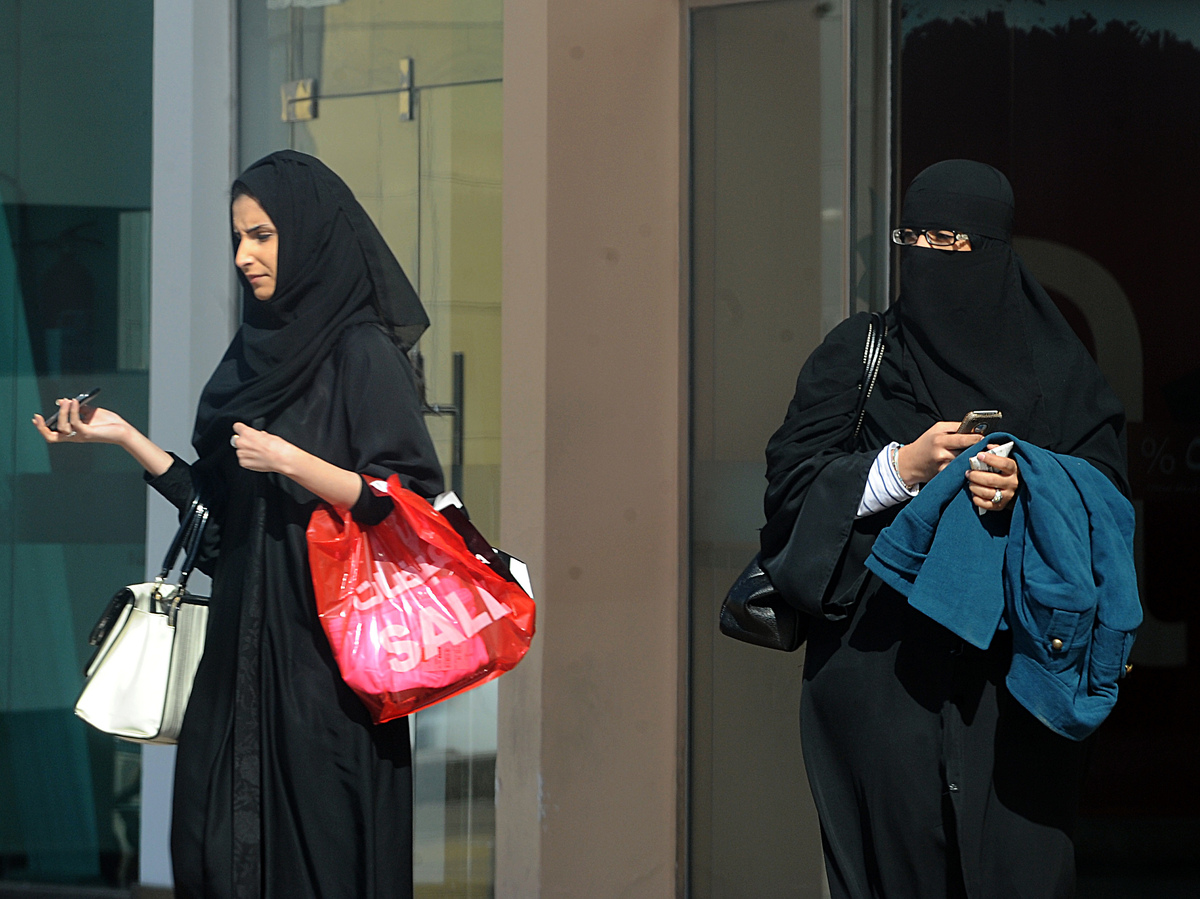 Saudi women leave a shopping mall in the capital, Riyadh, on Saturday. King Abdullah has introduced a number of reforms for women during his rule, but they still face many restrictions.

The Consultative Assembly, or Majlis ash-Shura, was established 20 years ago by King Fahd. Its members are appointed and have no actual power, but over time they have acquired influence. They can propose new laws to the king and review or sometimes block legislation requested by the ruler.

The members, mostly business leaders and academics, are reliable members of the Saudi establishment, not opposition firebrands. It has never had female members until now. Under the new decree, they are guaranteed 20 percent of the seats.

Some of the women who were named are well-known outside the kingdom.

These include Thuraya Obaid, a former executive director of the United Nations Population Fund and undersecretary general of the U.N.; Dr. Hayat Sindi, a biotechnologist and medical device inventor; and Thuraya Arrayed, the first woman from the oil region to hold a doctorate, and a longtime corporate planner at the state oil company.

Also on the list are two princesses: Sara, a daughter of King Faisal and a founder of one of the kingdom's first charity organizations; and Moudi, a daughter of the late King Khalid and director of the well-known Al-Nahda Women's Association. Women of the royal family have long been understood to wield important influence inside that closed circle, but few have sought public prominence.

A Series Of Limited Moves

Abdullah promised in a speech in October that he would appoint women to the assembly's new term when it began in January. He also pledged that women would be allowed to participate in the next round of elections to municipal councils, in 2015, as voters and as candidates.

Earlier, he had ordered a change in the workforce in the country's lingerie and perfume shops: Male sales clerks were replaced by women.

Previously, the country's rigid exclusion of women from public commerce had created a bizarre situation in which women — veiled to sequester them from the prying eyes of men outside their families — had to purchase their underwear from male sales clerks. Some women objected so strongly to this that they went to neighboring Dubai or Bahrain to buy their intimate garments.

King Abdullah also created a graduate-level research university, the King Abdullah University of Science and Technology, that is the only Saudi educational institution, at any level, where men and women are together in laboratories and classrooms.

The king has also directed the Ministry of Labor to find new employment opportunities for women and expand the types of jobs they are permitted to hold — an effort that just two weeks ago inspired a demonstration by a group of conservative imams and religious scholars who called on God to strike down Labor Minister Adel Fakieh.

More women are indeed working in more places than ever before, including those in the lingerie shops. What Abdullah has not done is make it easier for them to get to those jobs: They still are not permitted to drive.

Thomas Lippman, a longtime Washington Post correspondent, is a scholar at the Middle East Institute who regularly visits Saudi Arabia. His most recent book on the country, Saudi Arabia on the Edge, was published last year.