Accessibility links
Homeless Seek Shelter, Crops Suffer Amid Southwest Cold Snap With consecutive days of subfreezing temperatures, homeless shelters say they're short on supplies and their budgets are stretched. Meanwhile, farmers are working to fight freezing temperatures that could affect the size and quality of this year's crops. 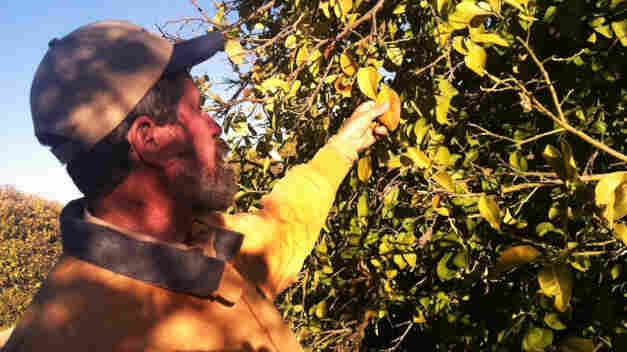 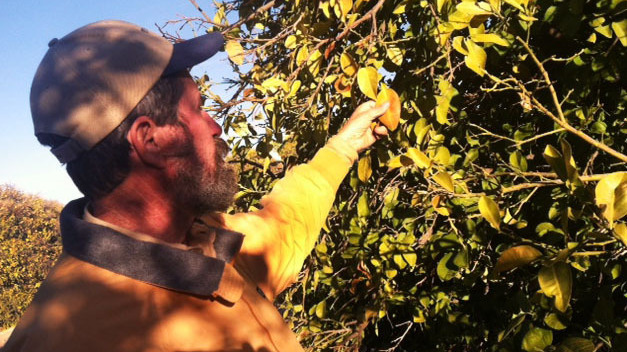 Cold has descended on an area of the country that is known for its near-perfect weather this time of year.

For several nights in a row, subfreezing temperatures have sent homeless people in Arizona to warming centers, while farmers in Southern California are preparing for a possible crop freeze.

Toni Eskeli tries to keep warm, wrapped in a scarf and a peacoat near downtown Phoenix. She and her boyfriend huddle around a picnic table, rolling cigarettes, doing what they can to stay warm.

"We've got a two-man tent," she says. "Then we've got five more sleeping bags and about 10 blankets."

Sunday morning greeted them and many other homeless people with below-freezing temperatures — something they are not used to in a city known for its heat.

"It just makes it harder because you get up and it's cold, and you gotta break everything down, and you gotta drag everything in the bush. You're freezing," Eskeli says. "I just think the heat's easier to deal with."

Douglas Bachman compares the Arizona temperatures to "being in Michigan, without the snow." He gave up dealing with them after his sleeping bag was stolen.

This weekend he got a spot at a men's overflow shelter, where administrators have set up an extra 50 to 75 beds. But Irene Agustin, of Central Arizona Shelter Services, says the shelter is short on socks and jackets.

"In the summertime, we're a little bit more prepared 'cause we know it's 10, 15 days of excessive heat warnings," she says. "But this is kind of throwing us a curveball 'cause we're not used to having consecutive days of cold."

National Weather Service meteorologist Hector Vasquez says cold air from Canada is stuck over Arizona and parts of California. He says that air will not be going anywhere until Wednesday, which means Phoenix is flirting with a cold streak it hasn't seen in 35 years — a record that goes back to 1978, Vasquez says, when Arizona had four days under 32 degrees. 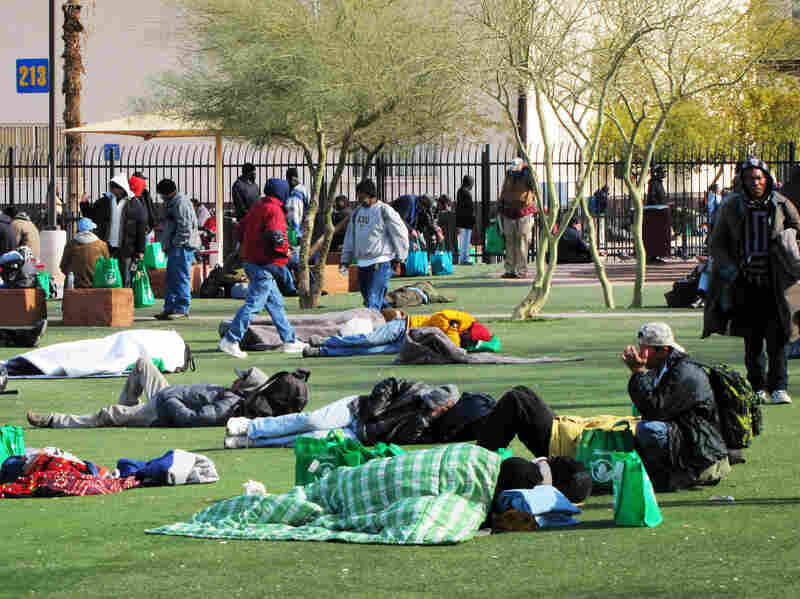 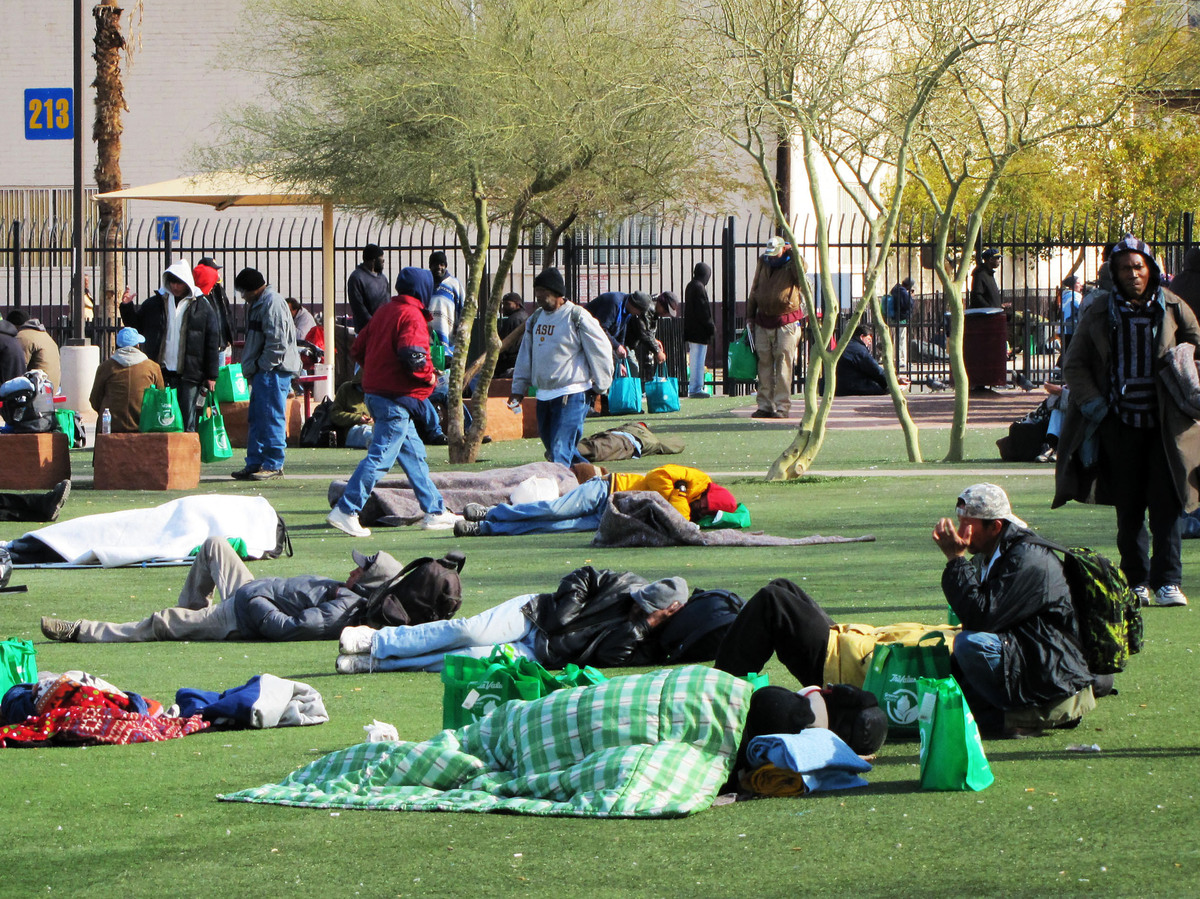 It may not sound like much for thick-skinned folks from Minnesota or Maine. But consider this: Arizona and Southern California produce more than 90 percent of the country's winter lettuce.

Kurt Nolte, a University of Arizona extension agent based in Yuma, Ariz., says the freeze will affect the quality and size of this year's crop. The price of Yuma-grown lettuce has tripled since Thanksgiving, and this cold snap could send it higher.

The freeze could also wipe out James Truman's citrus farm on the outskirts of Phoenix.

He is unleashing 500 gallons of water a minute onto his mandarin orange trees. He says this steady stream of relatively warm water should be enough to stop the fruit from freezing overnight.

"It might boost the temperature three to five degrees, we hope," he says.

So far, he has been lucky. A few of his trees are suffering with limp leaves, but when he cuts the top off an orange, the flesh shows no sign of frost. He stays up all night and late into the morning adjusting irrigation valves.

"You grow these things all year," Truman says. "You irrigate, fertilize, do other maintenance expenses. You have land taxes, insurance — and all those costs go into your crop. And if your crop freezes and you can't harvest it, it's no good — you have no income."