Accessibility links
Home Video Review: 'Slings And Arrows' If you're not a drama nerd, you might think the Canadian backstage comedy Slings and Arrows isn't for you. But film critic Bob Mondello says just one episode may be enough to change your mind. 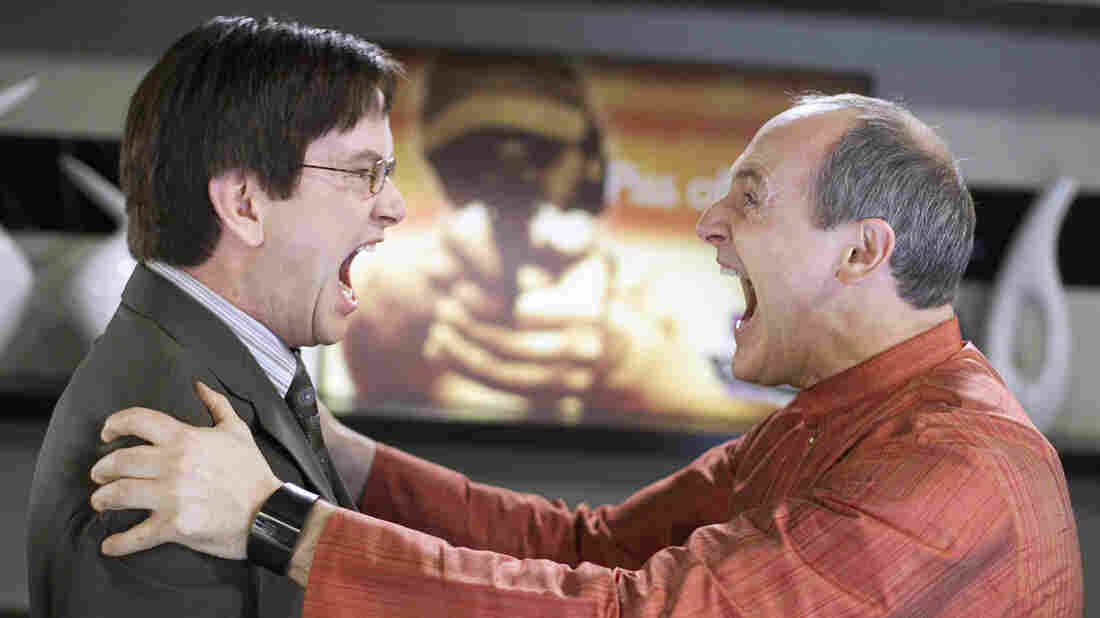 Time now for a home-viewing recommendation from movie critic Bob Mondello. He recently caught an online episode of the Shakespeare-centric comedy Slings and Arrows and says it reminded him how much he liked the whole series.

'Watch A Clip From 'Slings And Arrows' - 'Are You A Suicide Risk?'

'Are You A Suicide Risk?'

Even though he's a major character, Oliver, a flamboyant director at the fictional New Burbage Theater Festival (modeled on Canada's Stratford Shakespeare Fest) gets killed by a truck in the first episode of the first season of Slings and Arrows. A truck labeled "Canada's Best Hams," no less — appropriate for a guy who deals with actors. Of course, if you know your Shakespeare, you know death won't keep Oliver down. 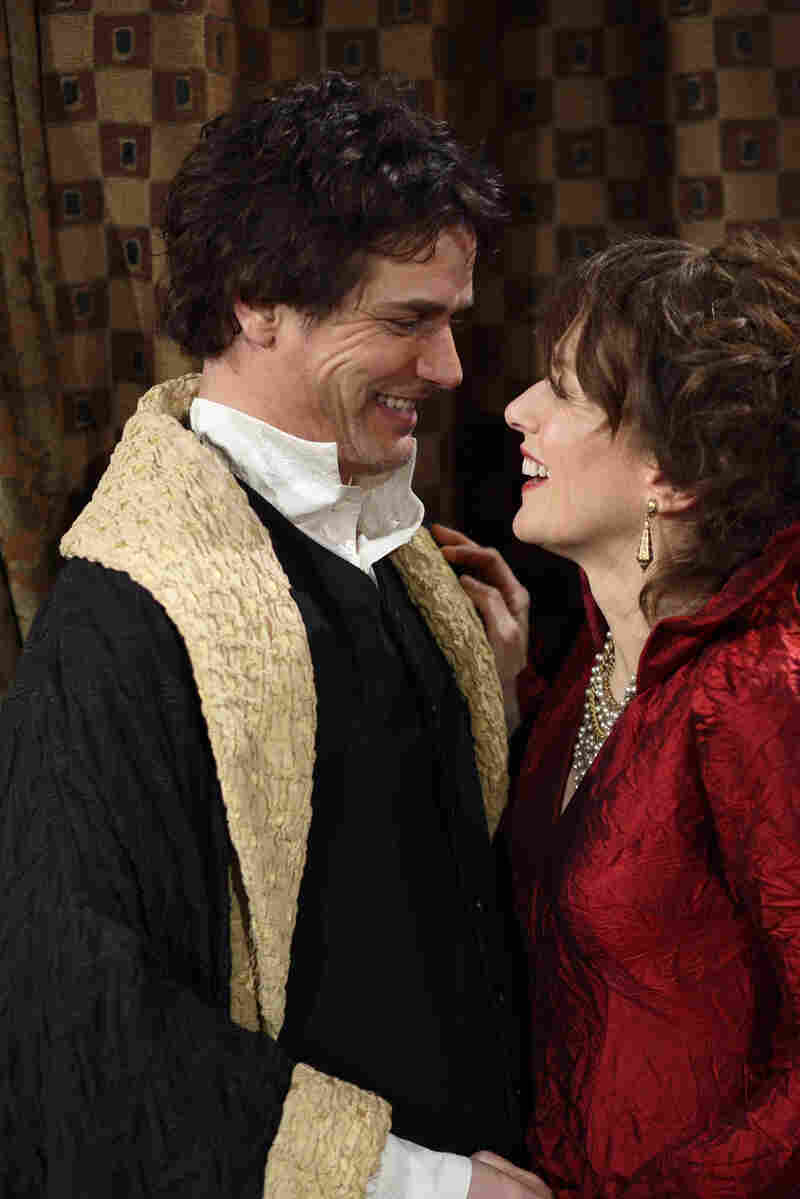 The troubled theatrical genius Geoffrey Tennant (Paul Gross) assumes control of an acclaimed Shakespeare festival, where he scrambles to make up for the failures of his past. Ellen (Martha Burns), an actress, is part of that troubled history. Acorn Media hide caption

Ghosts pop up all the time in the Bard's work — particularly in Hamlet, the show Oliver was about to stage for the festival. Now, it must go on with an even more flamboyant director, one who takes that line about there being "something rotten" in the state of Denmark seriously.

"I want a rank and foul-looking, foul-acted and if possible foul-smelling Hamlet," he tells the cast on the first day of rehearsals. "Questions?"

Slings and Arrows isn't just a backstage comedy; it's a romp about the whole business of running a theater festival — from fundraising fiasco to opening night meltdown. Also about the movie stars who drop in, and the egos, feuds and cases of nerves that make live theater such an adrenaline rush.

It's kind of a predecessor — though much funnier and more sophisticated — to the NBC musical series Smash, with the enormous advantage that this series has not musical comedy but the Bard's plays to hold the mirror up to nature. And happily, it gets the Shakespeare right.

A cult hit for three six-episode seasons, Slings and Arrows found fresh comedy each season in the production of a Shakespearean tragedy: Hamlet the first season, Macbeth the second, King Lear the third. It's not just fun; you'll get the plays in ways you never have.

The show will prove addictive if you're a theater nut, and if you're not, it may help you become one.