Accessibility links
Did Prosecutors Go Too Far In Swartz Case? Criticism is raining down on prosecutors in Massachusetts after the suicide of computer genius Aaron Swartz. His family says Swartz, who was facing trial on wire and computer fraud charges, was the victim of Justice Department overreach. But legal experts say the case is more complicated than that. 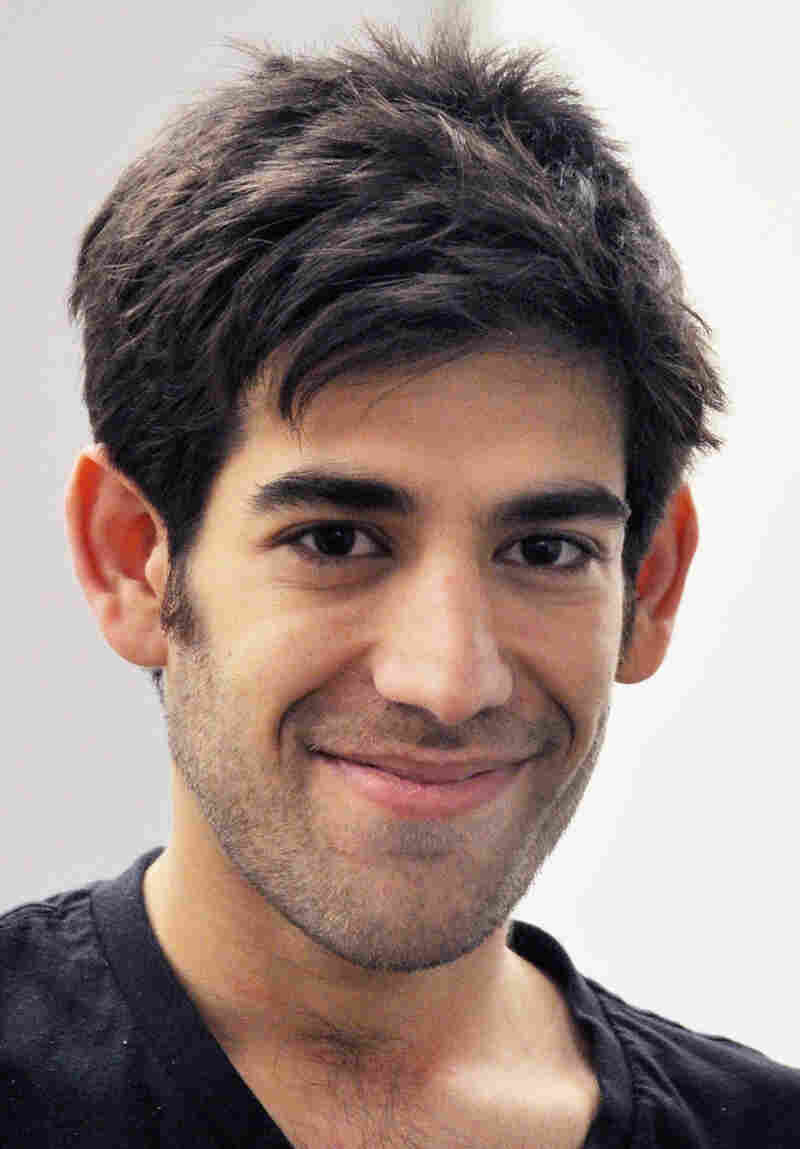 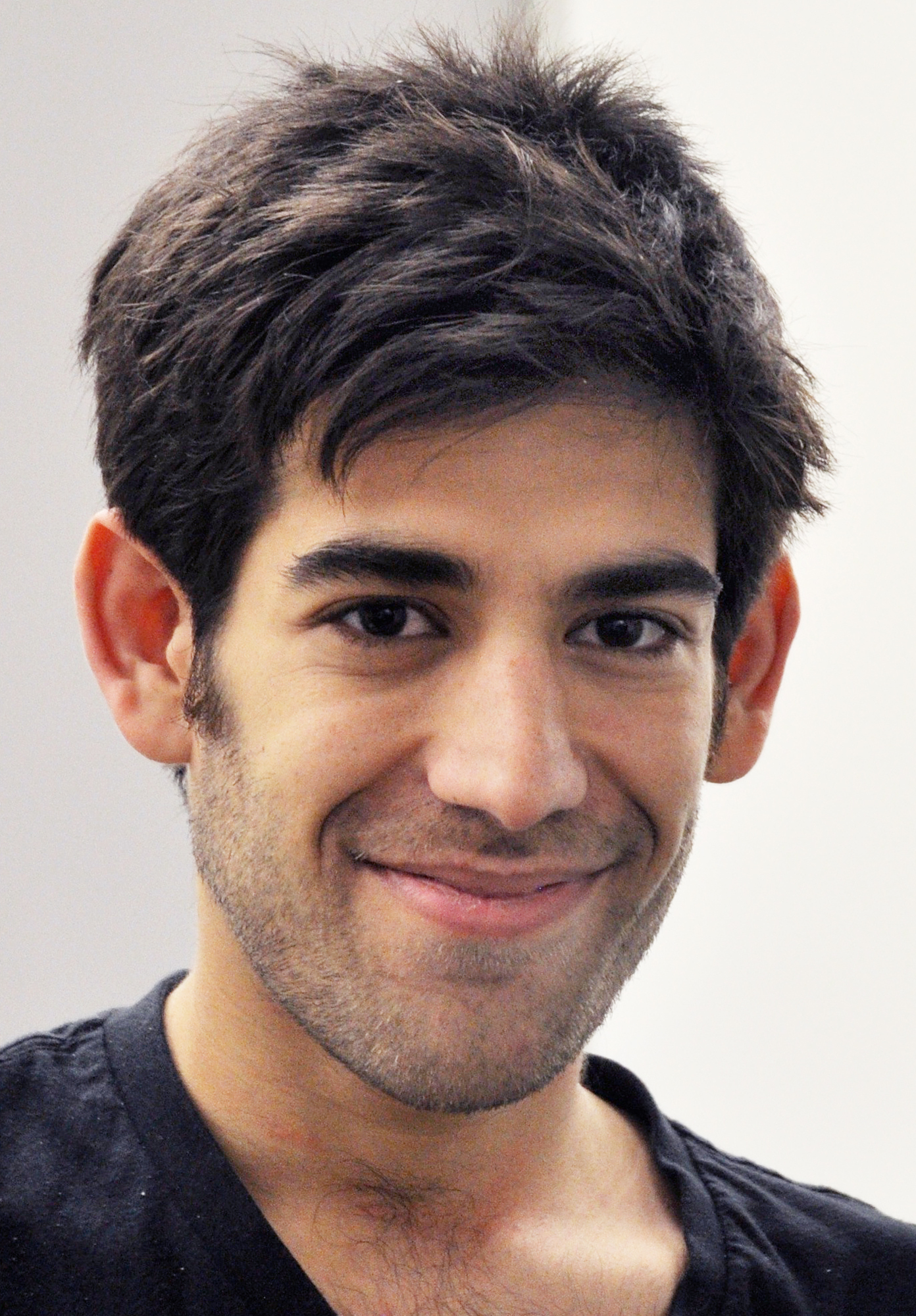 This December photo provided by ThoughtWorks shows Aaron Swartz, a co-founder of Reddit, in New York.

Criticism is raining down on prosecutors in Massachusetts after the suicide of computer genius Aaron Swartz, who helped to develop innovations like RSS.

Swartz, 26, had been facing trial on 13 felony charges for allegedly breaking into the Massachusetts Institute of Technology network and accessing millions of documents. Friends and family argue Swartz was the victim of Justice Department overreach. But legal experts say the case is more complicated than that.

According to a grand jury indictment, during several months in 2010 and 2011, Swartz broke into a closet at MIT, accessed the school's computer network without authorization, and downloaded a major portion of an archive of scholarly articles. And just before he was caught, prosecutors say, Swartz tried to elude cameras by holding a bicycle helmet to shield his face.

"I'm really not sure that anyone in this country would disagree that computer hacking is a problem," says Washington defense lawyer Jeff Ifrah, who has been following the case. "Should it be a crime? That's an issue for Congress. But Congress decided to make it a crime, and prosecutors have an obligation to enforce those crimes."

Prosecutors in Massachusetts who brought the case charged Swartz with wire and computer fraud, violations of the Computer Fraud and Abuse Act that could have carried more than three decades in prison. Lawyers say even if Swartz had gone to trial and had been convicted, he would have faced about four years or less, given his lack of a prior criminal record.

'A New World Of Digital Crimes'

Harvard Law professor Lawrence Lessig, a friend of Swartz, told NPR that making a big federal case over the computer hack was out of hand.

"We live in a world where the architects of the financial crisis dine at the White House regularly," Lessig said. "The idea that the government felt it so essential to insist that this behavior be marked as a felony is just unfathomable."

Swartz's supporters say he had a simple motive: He wanted information to be free — not to make money or commit fraud. But the law is a blunt instrument. Some say, too blunt.

"It's, at the outset, clearly a stupid idea to do what he did. And the criminal justice system doesn't really have great answers for what to do in this sort of situation," says Orin Kerr, a professor at George Washington University and a former computer crimes prosecutor. "We're very familiar with laws on trespass and laws on burglary and laws on murder. Those laws have been on the books for hundreds, if not thousands, of years. But we've entered a new world of digital crimes. And we're still trying to figure out what should be punished and how severe those punishments should be."

Swartz's former lawyers say they had been trying to negotiate a plea deal with prosecutors repeatedly, ever since the charges came to light. But they couldn't reach a satisfactory agreement.

"By the time an indictment is handed down, absolutely, it's the prosecutors' show now," Ifrah says. "And trying to negotiate a deal in those circumstances, where there might be other defendants who are cooperating against you, where there might be some conduct that you're actually a little ashamed of and can't really, truly explain, when the stakes are that high, it's very, very depressing."

Ifrah says he's never had a client take his own life before trial. Friends of Swartz say he suffered from depression.

Swartz, recognized all over the world for his technical prowess, was remarkable in another way, too. Every day, criminal defendants and their friends argue that the justice system is out of whack. Those arguments generally go nowhere. But the Swartz case, which ended in tragedy, could actually start a dialogue about what's fair.

"We need a public conversation about what the laws should prohibit and how severe they should be," says Kerr.

Swartz's friends say that would be a fitting legacy.