Accessibility links
Newtown Prompts Gun Buybacks, But Do They Work? Last month's school shootings in Connecticut have prompted communities large and small to hold gun buybacks. On the surface, they seem to have been a success, with record numbers of firearms recovered in some cities. But experts say such programs have limited value in reducing gun violence.

Newtown Prompts Gun Buybacks, But Do They Work?

Newtown Prompts Gun Buybacks, But Do They Work? 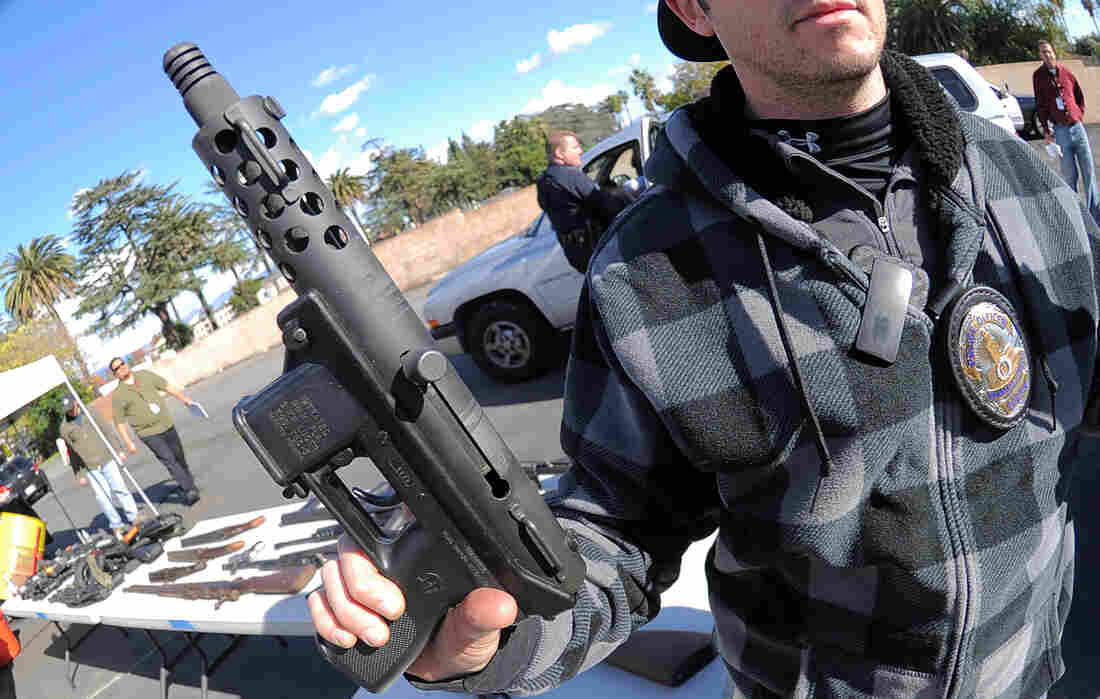 A police officer holds an assault weapon turned in during a gun buyback in the Van Nuys area of north Los Angeles on Dec. 26. Joe Klamar/AFP/Getty Images hide caption 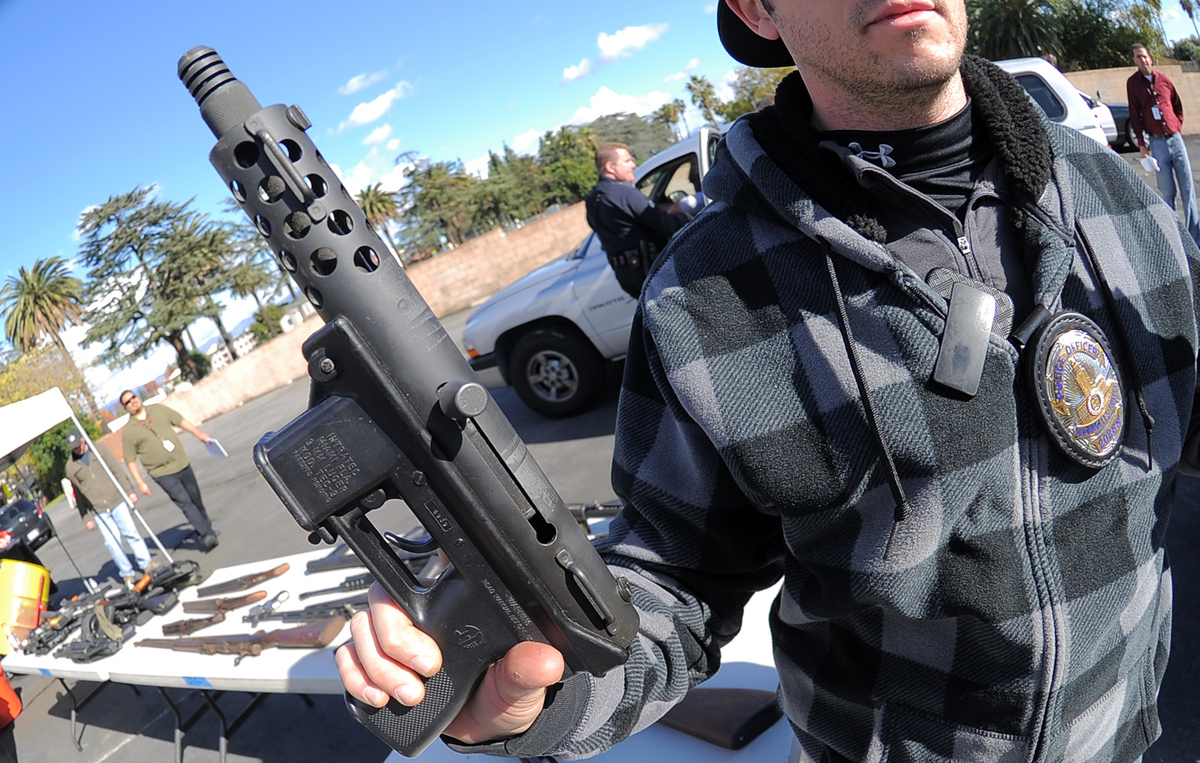 A police officer holds an assault weapon turned in during a gun buyback in the Van Nuys area of north Los Angeles on Dec. 26.

In the weeks since the school shootings in Newtown, Conn., communities across the country have wanted to do something about gun control, and many have turned to an old standby: buybacks.

Cities from Baltimore to Tucson, Ariz., have held gun buybacks since the Sandy Hook Elementary School massacre in December. Record numbers of firearms were collected in Oakland, Calif., and Camden, N.J., while officials in Los Angeles recovered a total of 2,037 unwanted weapons — including empty rocket launchers.

The White House is poised to announce a raft of proposals Wednesday to reduce gun violence, but gun buybacks aren't likely to make the list.

In fact, the effectiveness of such programs has long been in doubt, says Garen Wintemute, director of the Violence Prevention Research Program at the University of California, Davis. Even so, he adds, while buybacks might take no more than 1 percent or 2 percent of the guns out of a given community, they still provide a means of taking action.

"I have always said that symbolic impact is important, but now in the wake of Newtown, I think that's even more true," Wintemute says.

Gun buybacks in the U.S. date to the 1960s and most follow a pretty standard script.

"Officials set up an incentive structure — cash or gift certificates — for various kinds of weapons, and announce a day and place where the buyback will take place," Wintemute says.

Then people show up and hand over their unwanted guns to local police, most of the time no questions asked. Once the weapons are collected, police weed out the ones that were stolen or used to commit a crime.

The rest are destroyed — typically cut up into small pieces — sent to a foundry and recycled into steel coils, explains David Atherton of Freedom Metals, where the 249 guns collected in a recent buyback in New Albany, Ind., are likely to be scrapped.

Instead of swords into plowshares, it's more like guns into washing machines.

"The steel coils end up being used, among other things, to make household appliances," Atherton says. "We use big shears to slice them up into pieces about 6 inches or smaller. Then we'll ship them off to a foundry to be melted down."

Officials in New Albany deemed the town's Dec. 28 buyback — its first ever — a success, though police Maj. Keith Whitlow says they'd do it a bit differently next time.

The town offered $300 for assault rifles and $200 for shotguns, rifles or handguns. It burned though its $50,000 budget in 90 minutes. But of the total number of weapons turned in, fewer than half — 103 — were handguns and just two were assault-style weapons, the Soviet-designed AK-47 and SKS.

"One thing is that in a rural area like this, you're going to get a lot of old hunting rifles, which really aren't the problem," Whitlow says. "Anyone who owns an assault weapon, for example, isn't likely to give it up in a gun buyback."

He says if the town decides to do another buyback, it will focus on handguns, which are the firearms most often used in crimes such as robberies and break-ins.

William Woodward, director for training and technical assistance at the Center for the Study and Prevention of Violence at the University of Colorado, Boulder, says New Albany appears to have learned a lesson fairly common to first-time gun buybacks.

"Getting at the weapons you really want is not easy," the former police officer says. "Years ago, when they first tried gun buybacks, they ran into the same problem. People brought in guns that were broken so they could get the cash, or they'd go out and get someone else's gun to turn in — but not the one they were planning on using.

"If you have an emotional stake in a weapon, you're not going to turn it over at any price," Woodward says.

'Working At The Margins'

A Harvard University study dating from the mid-1990s concluded that buybacks were largely ineffective in reducing gun violence because they weren't getting the right kinds of weapons off the street.

"The upshot of that study was that gun buybacks were listed in the category of what doesn't work," Woodward says. "I think people may feel more safe ... [but] the gun buyback stuff is really working at the margins."

Wintemute, who like Woodward is skeptical, nonetheless points to Australia's successful nationwide buyback in 1996, following a mass shooting that year in which 35 people were killed and 23 wounded in southeastern Tasmania.

In Australia, "it was not just a buyback, like ours, where people can turn in whatever they want," Wintemute says. "They outlawed semi-automatic firearms, basically, and then bought them back."

Even so, Woodward thinks that sort of a buyback is moot in the United States.

"I just don't think that whatever we do in this country, we're not going to have a major impact without removing the Second Amendment," he says, "and I don't think that's coming around anytime soon."