Accessibility links
Supreme Court: Floating Home Still A Man's Castle The U.S. Supreme Court ruled Tuesday that a Florida man's floating home was a house, not a boat, and that therefore, the city marina where he kept it docked could not seize the structure under federal maritime law. The case could affect thousands of houseboat owners nationwide. 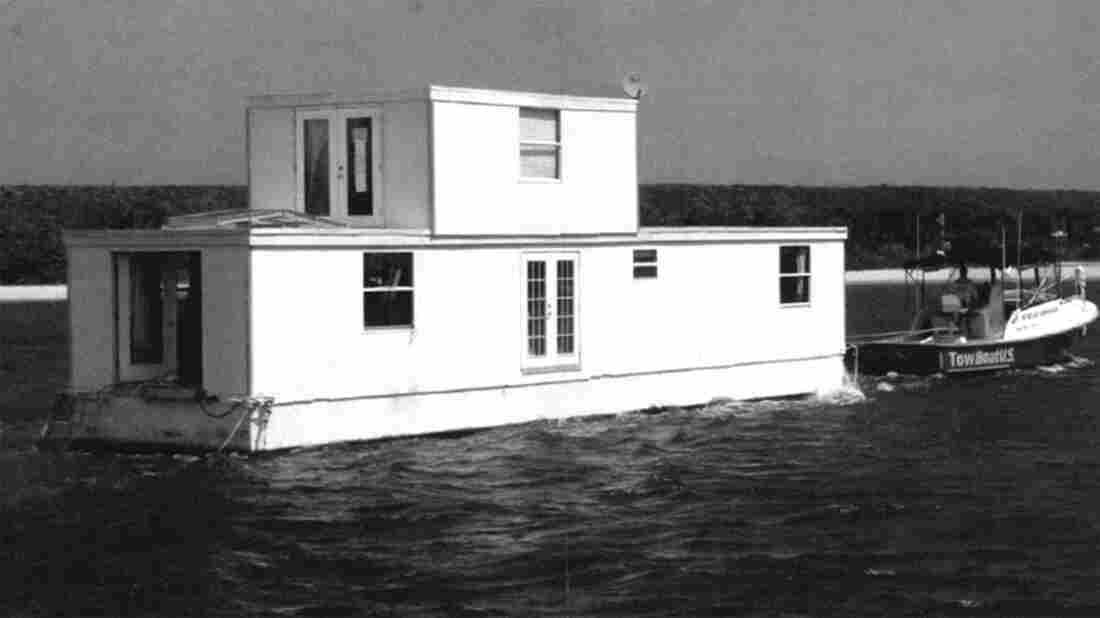 Fane Lozman's floating home is docked at a marina in Riviera Beach, Fla., in this undated photo from court documents. Reuters/Landov hide caption 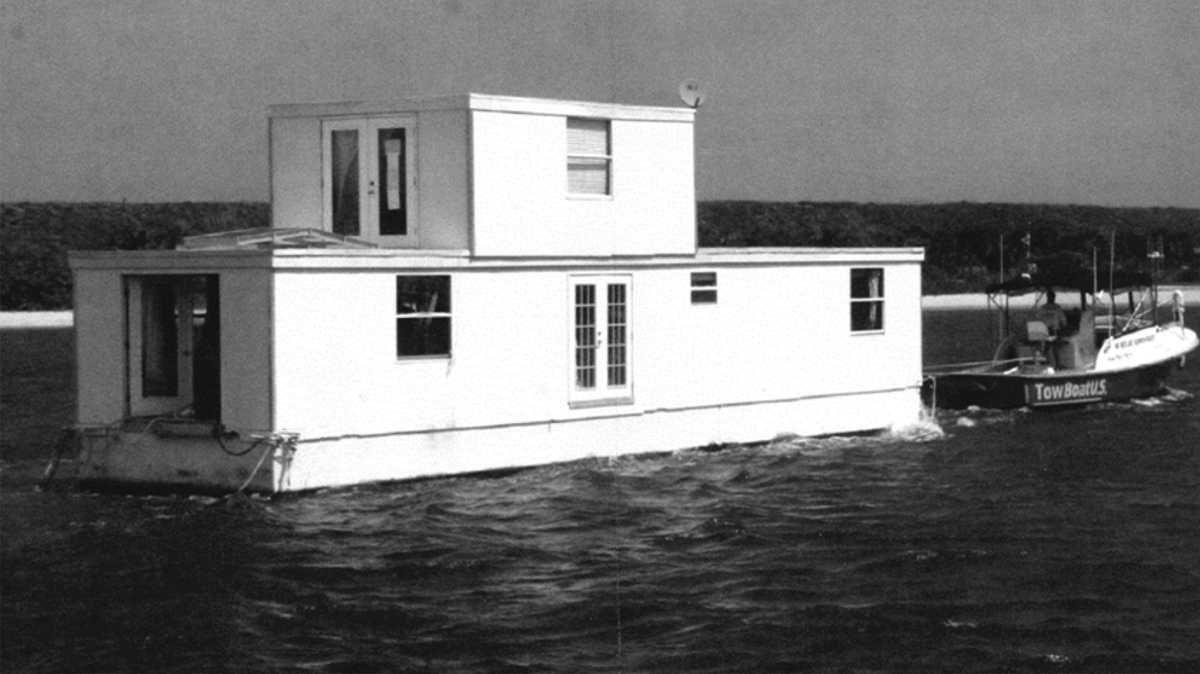 Fane Lozman's floating home is docked at a marina in Riviera Beach, Fla., in this undated photo from court documents.

The U.S. Supreme Court ruled Tuesday that a Florida man's floating home was a house, not a boat, and that therefore, the city marina where he kept it docked could not seize the structure under federal maritime law. The case could affect thousands of houseboat owners nationwide.

Actually, the facts of Fane Lozman's case sound like something from The People's Court, not the Supreme Court. Lozman bought the 60-by-12-foot floating home for $17,000 and totally remodeled it to look and feel like a house on water. It had French doors on three sides, a sitting room, bedroom, closet, bathroom and kitchen, along with a stairway leading to a second-level office, where Lozman worked as a commodities trader. The structure had no self-propulsion, no independent electricity, not even a rudder. To move it on water, it had to be towed.

In 2006, after Hurricane Wilma destroyed the marina where Lozman kept his floating home, he had it towed to a marina in Riviera Beach about 80 miles north of Miami. Now, this is where the story gets dicey.

Lozman soon became something of a gadfly in Riviera Beach, challenging the city's plans to build a $2.4 billion luxury development in the marina. As a result of his efforts, Lozman says, the development project fell apart, and the city tried to evict him, contending — erroneously, he says — that he owed docking fees and that his 10-pound dachshund was a public danger.

"They went through the eviction proceedings and we had a three-day jury trial, and I won that," Lozman says. "The jury came back and said there were no grounds for the eviction, this was purely retaliatory, based on fighting to keep the marina a public facility."

In 2008, the city came up with a new redevelopment plan, and Lozman again said he would fight it. This time, the city went to federal court, seeking to have the floating home declared a "vessel" under maritime law. If it was in fact a vessel under federal law, the city could put a lien on the structure until he paid the fees it claimed he owed. 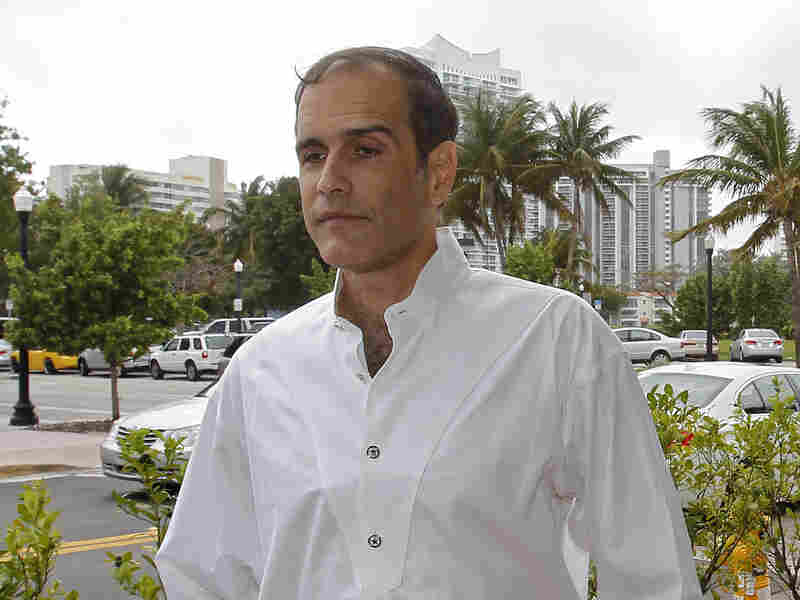 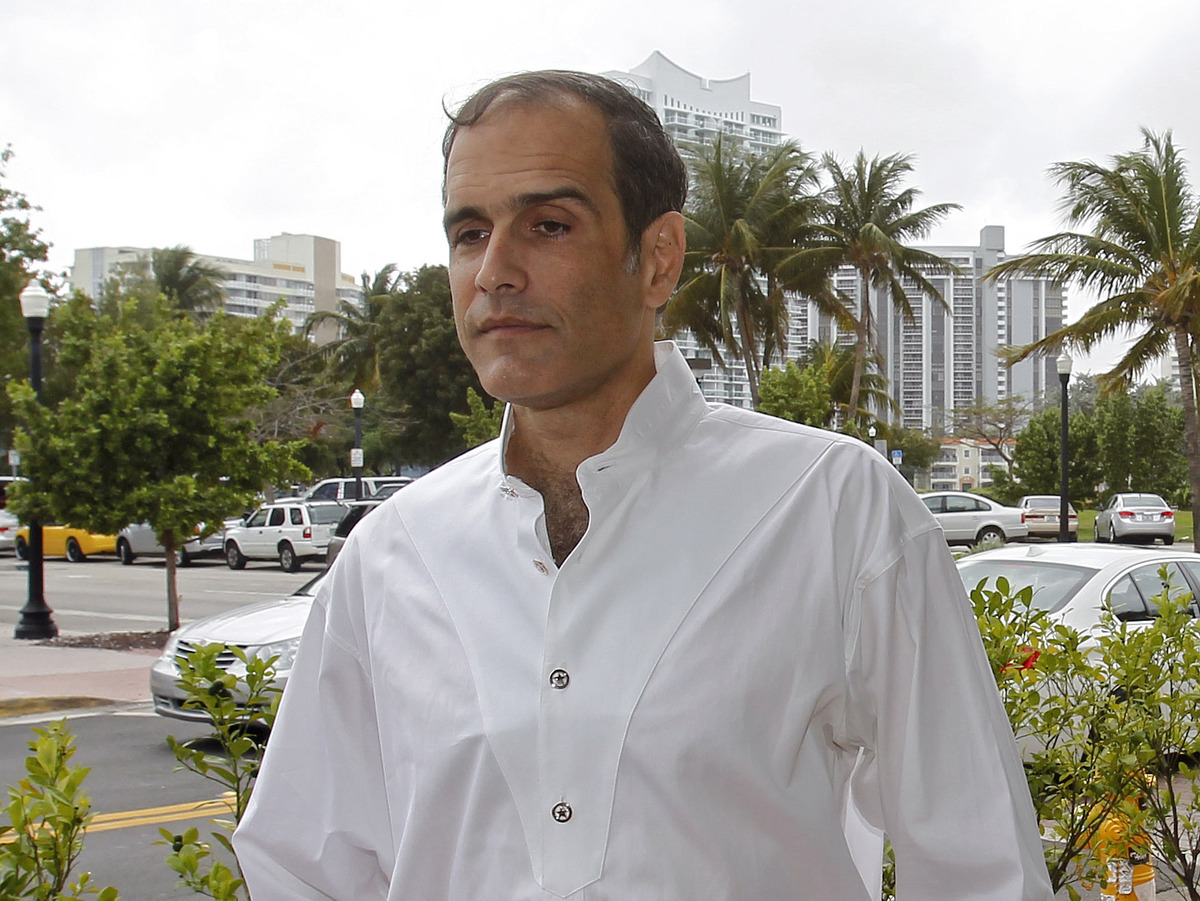 Fane Lozman, shown here in Miami Beach last March, says he will look for "monetary compensation" after the Supreme Court ruled in his favor.

Lozman represented himself in court, arguing that the floating home was not a vessel and rebutting the city's claim that he owed docking and trespass fees. But a federal judge ruled against him, declared the structure a vessel, and ordered him to pay roughly $3,000 in docking fees. After a federal appeals court agreed, Lozman's floating home was put up for public auction and the city bought it.

"The city of Riviera Beach went to the auction, outbid the public that attended, purchased my home, and then the next day immediately started destroying it, along with my furniture, at taxpayer's expense," Lozman says.

He appealed to the U.S. Supreme Court, represented by the Stanford Law School Supreme Court Clinic. On Tuesday the high court, by a 7-to-2 vote, said the city had no right to a lien against Lozman's floating home under federal maritime law because the structure is not a vessel.

Writing for the court majority, Justice Stephen Breyer noted, "not every floating structure is a vessel."

"To state the obvious, a wooden washtub, a plastic dishpan, a swimming platform on pontoons ... or Pinocchio (when inside the whale)," none of these are vessels, Breyer said, even though "they are 'artificial contrivances' capable of floating, moving under tow, and incidentally carrying even a fair-sized item or two when they do so."

Still, said Breyer, none of these is a vessel under federal maritime law because none is "used as a means of transportation." Similarly, he said, no reasonable observer looking at Lozman's floating home "would consider it designed to a practical degree for carrying people or things over water."

In a written statement, the city of Riviera Beach said it would soon clarify its marina rules to comply with the Supreme Court decision. The statement said the city would reimburse Lozman $300 for his filing fee and printing costs in the Supreme Court . But that may be little more than wishful thinking.

Within hours of the Supreme Court decision, Lozman made clear he intends to seek a lot more than $300. He maintains that he put $50,000 into his floating home altogether: "A determination will have to be made — what was the value of my floating home, and my attorney's fees, and I'm going to look for monetary compensation."

Right now, he says, he lives part time on land and part time on a houseboat in Miami. "Once you live on a floating home, it gets in your blood," he says.

And would he think of having his new floating home towed to Riviera Beach?

"Yeah, I am seriously considering doing that, " he replies.