Accessibility links
The Fresh Air Interview: 'Quartet' Director Dustin Hoffman The veteran actor makes his directorial debut with a film about four aging opera singers who stage a concert at their retirement home. Starring Maggie Smith and Tom Courtenay, the film explores friendship, memory and the time that remains. 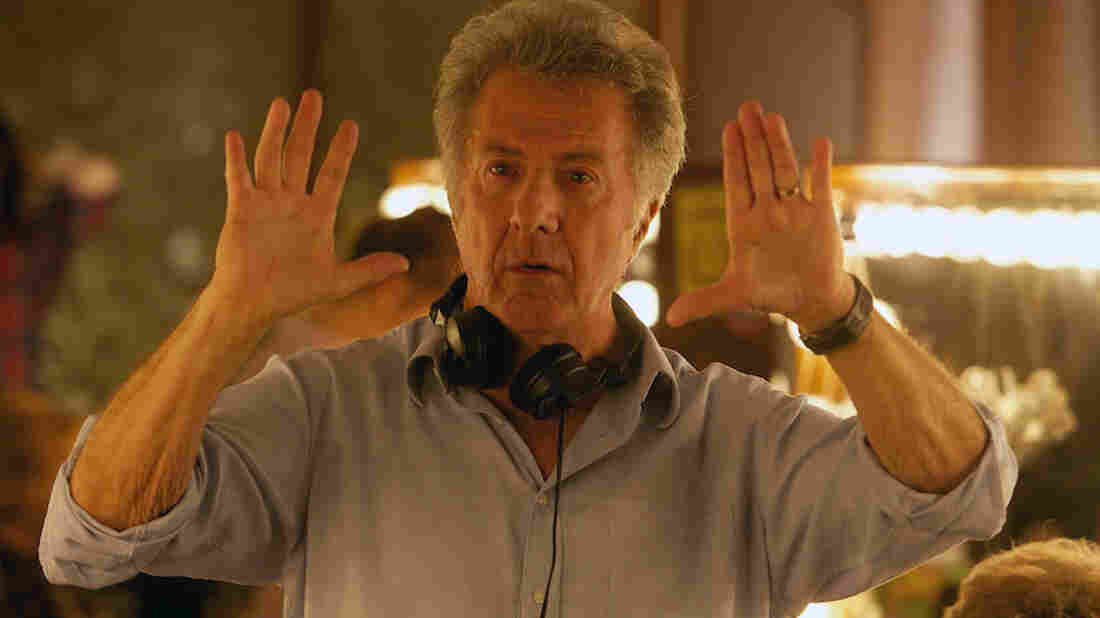 Dustin Hoffman makes his directorial debut with the film Quartet. He has starred in such classics as The Graduate, Kramer vs. Kramer and Tootsie. Kerry Brown/The Weinstein Company hide caption 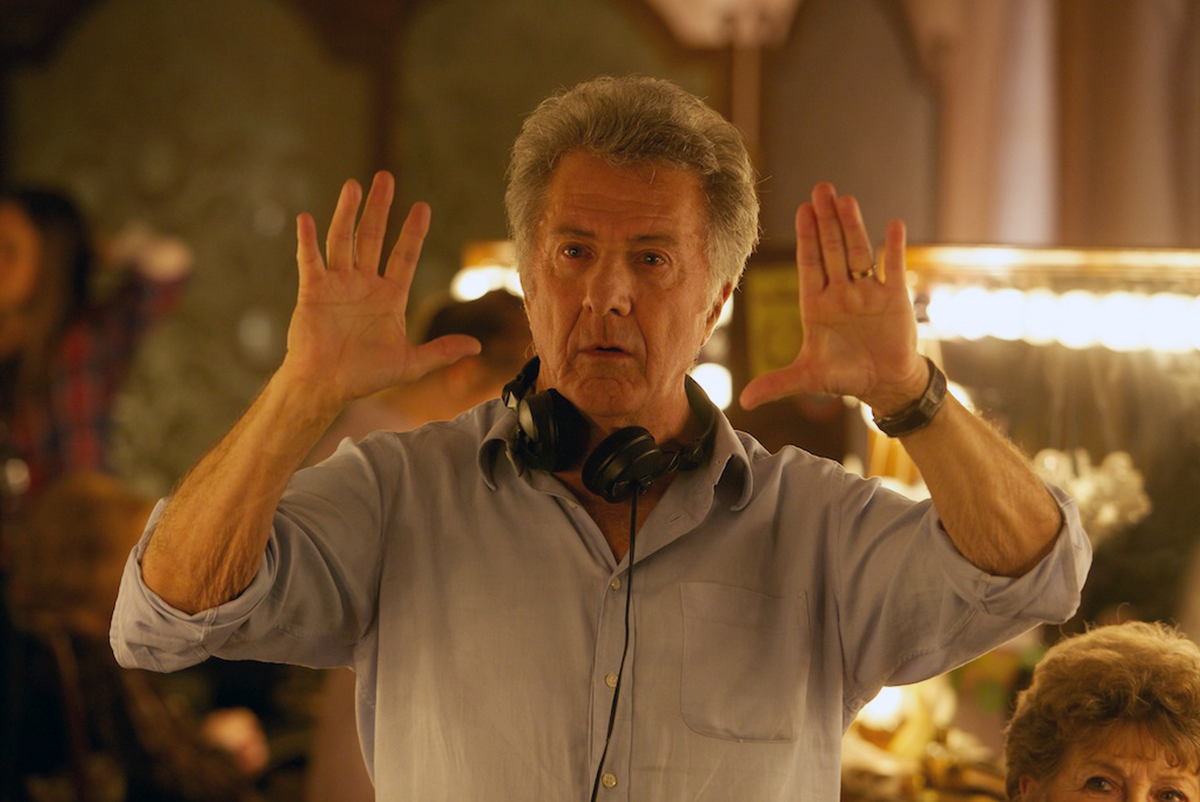 Dustin Hoffman makes his directorial debut with the film Quartet. He has starred in such classics as The Graduate, Kramer vs. Kramer and Tootsie.

In December, the actor Dustin Hoffman sat in a box seat at the Kennedy Center as his old friend, Robert De Niro, saluted him at a celebration marking one of the highest accolades for an artist in the United States: a Kennedy Center Honor.

It was a recognition of Hoffman's decades-long career as an actor, during which he has played some of the silver screen's most memorable characters: Benjamin Braddock in The Graduate, Ratso Rizzo in Midnight Cowboy, Dorothy Michaels in Tootsie, Raymond Babbitt in Rain Man, Carl Bernstein in All The President's Men. And the list goes on.

Now, at age 75, Hoffman has added "director" to his resume. His directorial debut, Quartet, opens in wide release on Jan. 25. The film, which stars Maggie Smith, Tom Courtenay, Pauline Collins and Billy Connolly, tells the story of a quartet of aging opera singers who put on a concert in honor of Verdi's birthday at the retirement home where they live.

The film explores the lives of older artists — the way memory wanes and the high notes may recede into the distance — and how the point is to remember the value of those memories, the friendships and the time remaining.

"If we can put on the screen those feelings we have, the ups the downs," he tells Fresh Air's Terry Gross, "that's what I'm looking for."

On why he refuses to hold a gun onscreen

I told him over the phone how deeply it hit me, and he said to me midconversation, 'Dustin, stop,' he says, 'you're making me cry.' And even talking about it now, that was the highest moment for me, with all due respect to the president and the first lady.

On getting visibly teary at the Kennedy Center Honors

"What hit me — and it did hit me very hard ... [was] De Niro is announced, he comes out on the stage, and he starts talking about me and I realized, 'Oh, I guess I'm first up.' And ... I've known him for years and we're very good friends. I think we've always felt there's like a brotherhood between us ... but, you know, actors don't talk to each other about acting. ... But suddenly, in this speech he gave, what he said about me, he had never said. And it just got me, his feelings toward me as an actor. And I called him the next day ... and I told him over the phone how deeply it hit me, and he said to me midconversation, 'Dustin, stop,' he says, 'you're making me cry.' And even talking about it now, that was the highest moment for me, with all due respect to the president and the first lady."

On being praised for breaking the mold of the leading man

"I didn't change or alter the image of what a leading actor should look like. It was Mike Nichols. That part [in The Graduate] was written from a book by Charles Webb. ... The character Benjamin Braddock was identified in the book as being about 6 foot tall, blond hair, blue-eyed — interchangeable with Robert Redford, if you will, who also tested, and it was Mike who went against casting. And I must say that I went back to New York to go back on unemployment while they were cutting the film, and when they finished cutting the film, they showed it to people [who] had screening rooms in their homes in Beverly Hills, and they said later ... that people came up to them and said, 'What a great film you would have had if you had not miscast the lead,' and that was the feeling even after it was finished."

On creating the character of Dorothy Michaels in Tootsie

"Before we started shooting, I said ... 'Well, the first thing that comes to mind is, I'm not a very attractive man, nor have I ever been. And if I looked like this as a woman I would have [had] a lot of trouble.' And I really felt that the men I would be attracted to would not be attracted to me, and then ... I would not get married and compromise on some guy just to be married. I would probably give my life to my art. And that was the beginning of this character named Dorothy Michaels."

On being named after the silent movie star Dustin Farnum

"[M]y mother was in ... [the] hospital and she had a room with other people, and every day they would come in and say, 'You have to name your son.' And [my parents] couldn't get around to picking a name. And one morning, [the staff] said, 'We need it now,' and there was a magazine on the next bed ... a movie magazine, and there was the name 'Dustin Farnum.' And she picked 'Dustin,' and that was it."

In our interview with Dustin Hoffman, he talked about why he won't carry a gun in films. But he qualified that by saying he had carried guns in a couple of films in the '70s, Straw Dogs and Little Big Man. He contacted us after we recorded the interview to say he'd neglected to mention the 1978 film Straight Time in which he carried a gun, which he also did in Marathon Man in 1976. And in his starring role as Captain Hook in Steven Spielberg's 1991 period film, Hook, his character brandishes an 18th century flintlock pistol.