Accessibility links
'Carefully Choreographed Dance': Armstrong's Complicated Media Past At his peak, Lance Armstrong alternately charmed, manipulated and strong-armed the media. He transcended the world of cycling, and much of the coverage from nonsports media was adulatory. The now-disgraced cycling champion is turning to a televised interview with Oprah Winfrey for redemption. 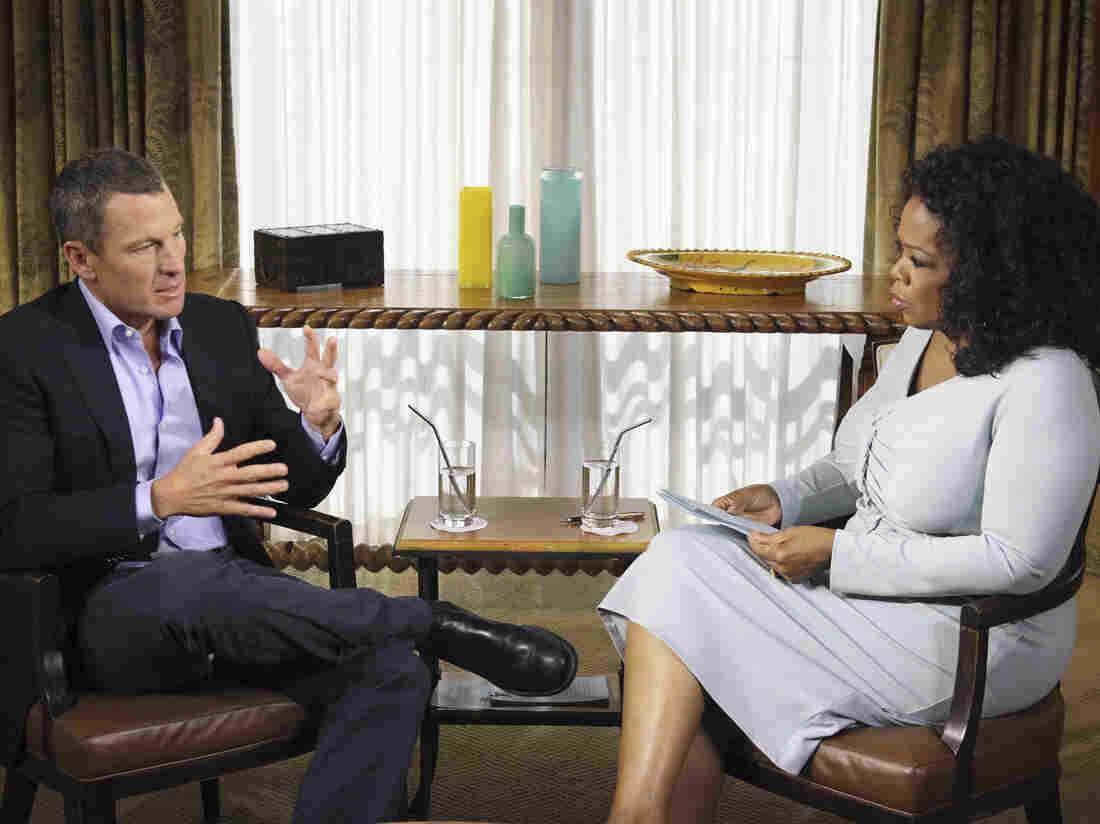 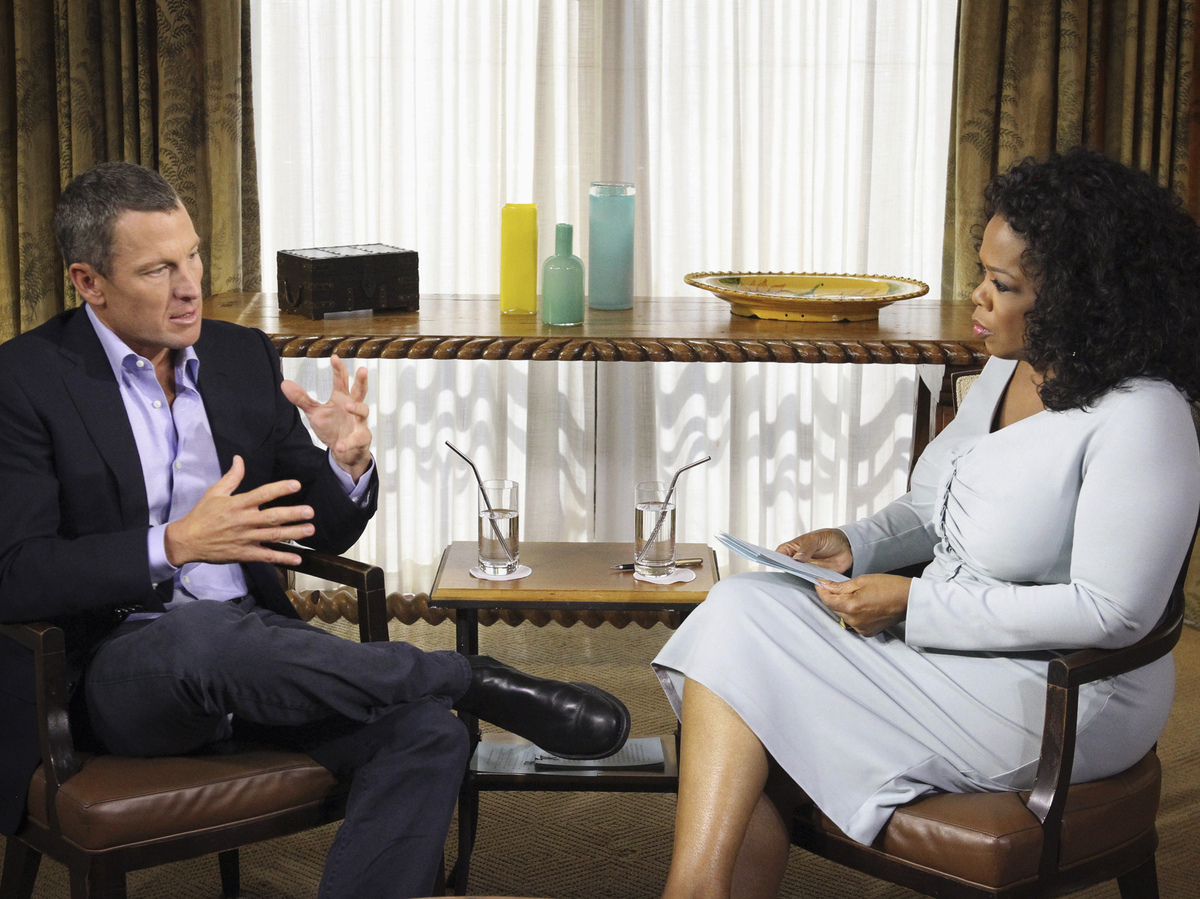 After a career of alternately charming, manipulating and strong-arming the media, former cycling champion Lance Armstrong is turning for redemption to a televised interview with Oprah Winfrey.

Winfrey has said viewers of her talk show on her cable channel OWN on Thursday and Friday nights will witness Armstrong confess that he cheated. But, she warned that people will be surprised in the way in which he confesses.

"I would say he did not come clean in the manner that I expected," Winfrey told CBS This Morning. "We were mesmerized and riveted by some of his answers."

The Reselling Of Lance: A Job Too Big Even For Oprah

Over the years, ESPN correspondent Jeremy Schaap said, Armstrong has vigorously courted the reporters who covered him, trying to turn them against their skeptical peers, even in the face of allegations from former cyclists or colleagues that he was cheating.

"In terms of dealing with Armstrong, it was always a very carefully choreographed dance," Schaap said. "He did have this way — and has this way — of talking to members of the media and trying to enlist your support, [saying], 'Aren't those guys jerks?' "

Armstrong would turn against those reporters whose pieces were critical, banning their networks, Schaap said, but would still jockey them intensely to discredit other journalists or cyclists who were making allegations.

Americans do not pay much attention to cycling as a rule, with the exception of during the 1980s when American cyclist Greg LeMond won the Tour de France three times. That interest soared in the 1990s when an intriguing former triathelete cycled furiously and overcame testicular cancer to win his first Tour de France.

Schaap recalled covering Armstrong back then and being impressed by his charisma and insight.

"I've been covering sports now for a long time," Schaap said, "and in many ways Lance Armstrong was the most compelling and interesting athlete I've been around. He had this way about him — this confidence, this arrogance — that was, in a way, appealing. And he was also extraordinarily thoughtful."

Schaap recalled a press conference after Armstrong's first Tour win at which he was asked, 'Doesn't your victory after cancer show that anyone can triumph over anything if they just put their mind to it?' Armstrong said no – he had been in the Mayo Clinic where other patients had more to live for, and wanted to live more urgently than he did, yet died. Survival involves treatment, care, research and funds, he argued.

"I was just immediately struck by the intelligence of that answer, and the counterintuitiveness of it," Schaap said. 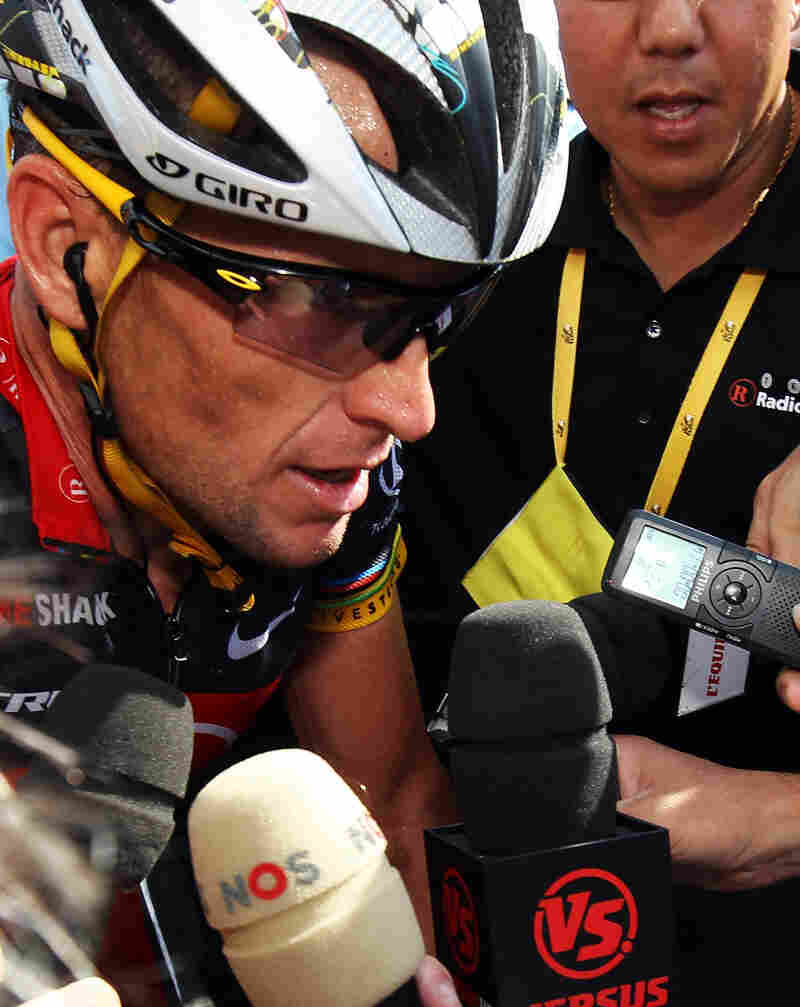 Armstrong talks to the press at the finish line of stage eight of the 2010 Tour de France. Bryn Lennon/Getty Images hide caption 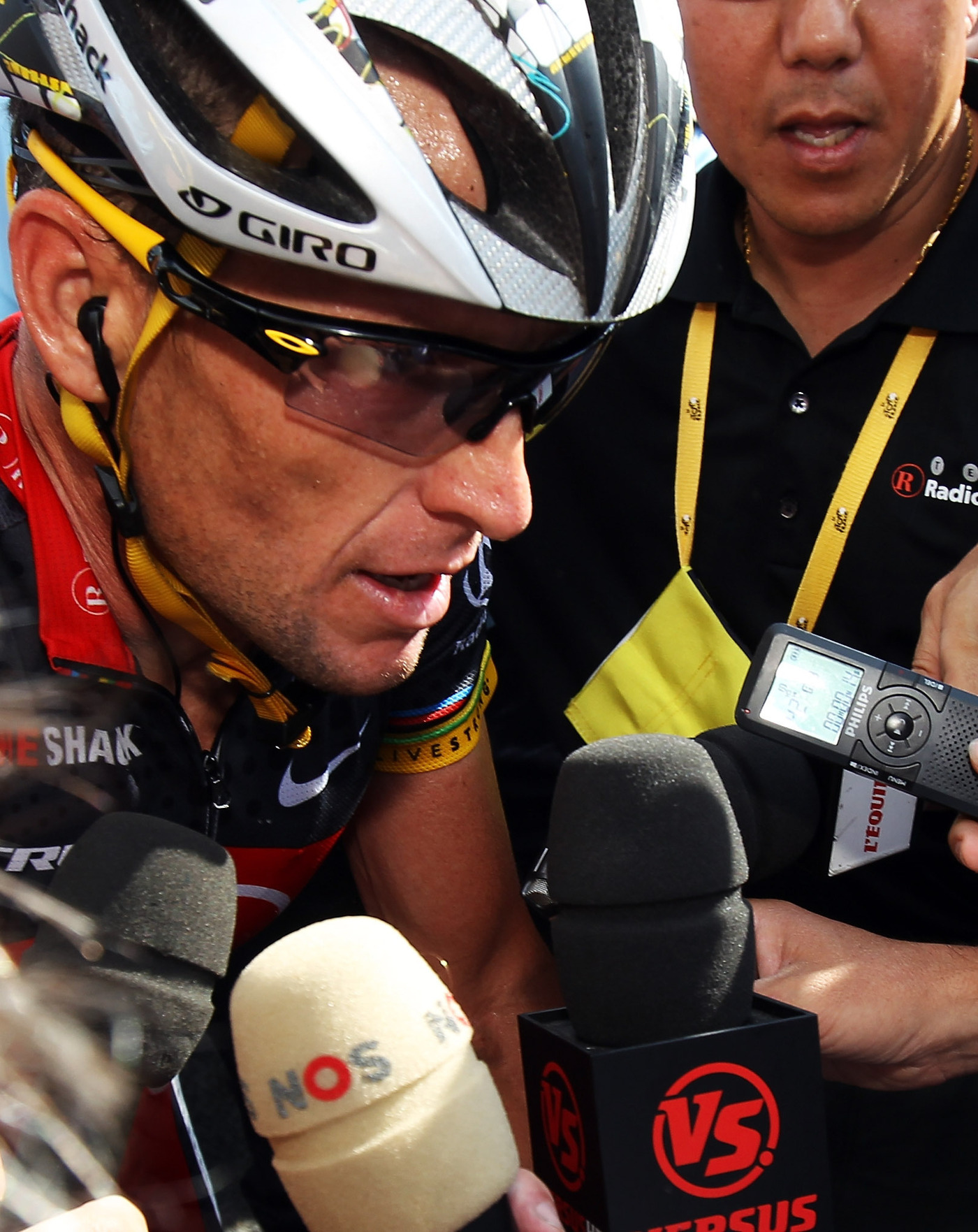 Armstrong talks to the press at the finish line of stage eight of the 2010 Tour de France.

But there was another side to Armstrong, too. His cycling times were so extraordinary; it was almost as though he were riding in a different race from his competitors. That triggered suspicion about Armstrong in a sport that had already proved rife with doping. Armstrong's denials were adamant and categorical, and he often invoked his comeback from cancer.

"I was on my deathbed, you think I'm going to come back into a sport and say 'OK, doctor, give me everything you got. I just want to go fast?' No way!" he told ESPN, in a typical denial. "I would never do that."

Armstrong had become a hero to many Americans and was able to circumvent the cycling press corps, as he promoted his cancer research foundation, now called Livestrong, and talked directly to the public through his own books and commercials.

"Everybody wants to know what I'm on," Armstrong said, in narrating one advertisement for Nike. "What am I on? I'm on my bike, busting my ass six hours a day. What are you on?"

Armstrong transcended the world of cycling and much of the coverage from non-sports media was adulatory. NBC's Ann Curry flew to Paris to interview Armstrong after each of his seven victories — and though in 2002 she got him to emphatically deny ever doping, her interview after his 2005 retirement involved her pushing him to admit future political aspirations.

In recent years, however, the conversation has turned almost exclusively to the accusations, accreting like snowdrifts in a blizzard. Now that he has been expelled from the sport and stripped of his titles, Armstrong has turned to Winfrey, who often asks smart questions but also has a record of empathizing with her fellow celebrities. Her programs have frequently served as a springboard for tarnished stars to redeem themselves.

Washington Post sports columnist Sally Jenkins has written two books with Armstrong. She said she cannot stomach the venom toward Armstrong and argues his life shouldn't be judged solely by his actions as an athlete.

"I think it's just common sense that ... when other people are talking about you and what you've done, your best side doesn't show," Jenkins said.

In a column last month, Jenkins wrote she's not angry at her friend and collaborator. Yet she said Armstrong owes the public an explanation. She said some of the testimony contained in the report released last fall by the United States Anti-Doping Agency is pretty damning.

When she recently talked with Armstrong, he told her he wanted people to see him answering any question Winfrey could devise. No holds barred, he told her, Jenkins said.

"I think that he hopes by talking that people will see the real Lance Armstrong," Jenkins said. "He feels that the portrait of him is overdrawn, and I think he'd like to counter some of the nastier implications in that report."

David Walsh, a sportswriter for the Sunday Times in the U.K., has been accumulating evidence of Armstrong's cheating for more than a dozen years. His newspaper paid a six-figure settlement to Armstrong after an editor summarized Walsh's allegations contained in a book not published in Britain, where it is notoriously tough to defend a libel claim. The paper now says it wants the money back — and the paper took out a full-page ad in the Chicago Tribune listing questions Winfrey should ask Armstrong.

Winfrey told CBS that she had taken the assignment of interviewing Armstrong as though it were a college exam, reading the "reasoned decision" from the U.S. Anti-Doping Agency, watching critical reports from 60 Minutes and reading Walsh's books.

But Armstrong may be counting on her need to cram as he seeks to manage his televised admission — a first step toward his public redemption.

"It is very telling, I think, that after having dealt with so many people in the [sports] media, so closely for so long," Schaap said, "that when he decides to come clean he does it with someone who's not from that world."