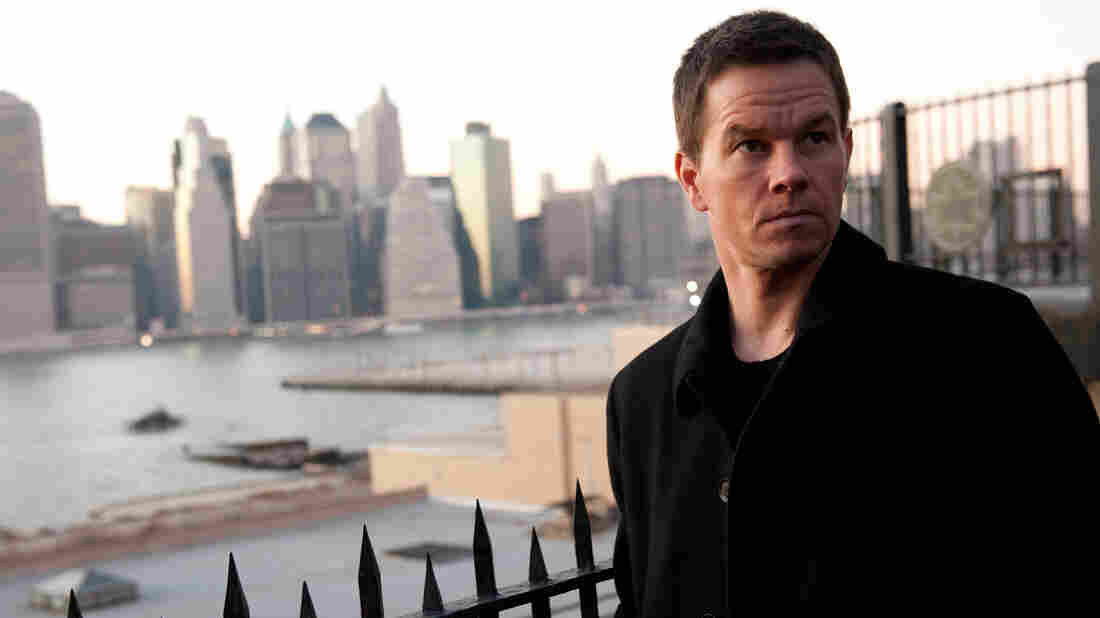 In a corrupt New York, private detective Billy Taggart (Mark Wahlberg) tries to straighten out the city as he straightens out his own life. Barry Wetcher/Twentieth Century Fox hide caption

Rated R for pervasive language, some sexual content and violence

As an investigation into American municipal corruption, Broken City is, well, damaged. But as an opportunity for hard-boiled types to trade threats, blows and caustic banter, this modern-day noir works reasonably well.

The story begins in a New York housing project, where scruffy undercover cop Billy Taggart (Mark Wahlberg) has just dispatched a felon. The victim had it coming, it seems, but that doesn't mean the shooting is strictly legit.

Billy faces both angry demonstrators and a possible jail sentence, until Mayor Nicholas Hostetler (Russell Crowe) and Police Commissioner Carl Fairbanks (Jeffrey Wright) ease the cop out the back door. Billy won't do time, but he can't be a police officer anymore.

Seven years later, Billy is working as a private eye, making a modest income by photographing married people in compromising poses with their lovers. He's living with aspiring actress Natalie Barrow (Natalie Martinez), whose connection to the opening scene will eventually be revealed. So will the intense devotion of Billy's secretary and overdue-bill collector, Katy (Alona Tal).

Hostetler is now in a close race for re-election against patrician City Councilman Jack Valliant (Barry Pepper), a challenger who's making a stink over a major real-estate deal in which the city unloaded the very same housing project where Billy fired the shots that ended his police career. Ain't conspiracy in the big city tidy?

When the mayor hires Billy to follow his glamorous wife, Cathleen (Catherine Zeta-Jones), the ex-cop assumes it's just another cheating-heart gig. But then Billy is more earnest than clever, as several of the other characters notice. "What are you," Cathleen asks him — "stupid or Catholic?" 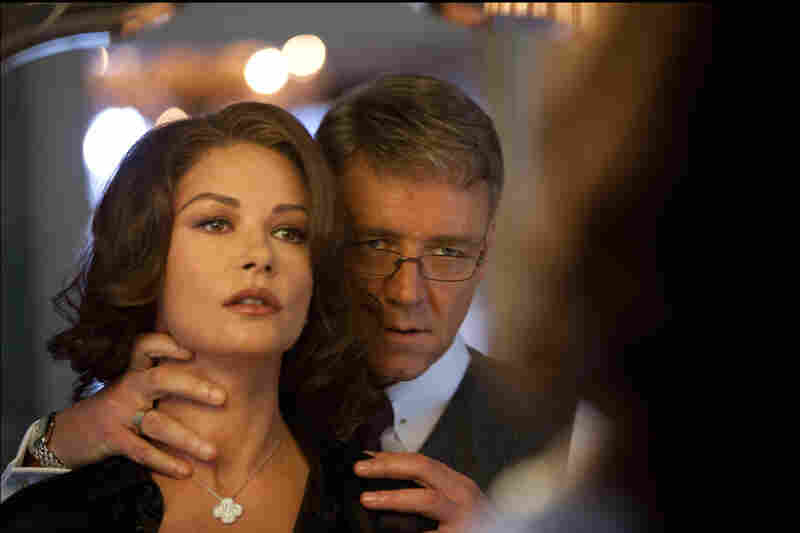 Mayor Hostetler (Russell Crowe) hopes to gain as much control over his wife, Cathleen (Catherine Zeta-Jones), as he has over the city of New York. Alan Markfield/Twentieth Century Fox hide caption

The detective begins to wise up after something bad happens to Valliant's campaign manager (Kyle Chandler), and like all the best noir protagonists, he doesn't like being played for a fool. Billy would rather blow up his own life than let the mayor's apparently corrupt secret deal succeed.

As he has demonstrated before, Wahlberg can deliver tough-guy cracks faster and more fluidly than the hip-hop rhymes that began his career. Crowe glowers, smirks and blusters as well as any contemporary cinematic macho man. And the perpetually underemployed Zeta-Jones is coolly elegant, while boasting a more stable American accent than Crowe's.

Director Allen Hughes doesn't stylize Broken City quite so flamboyantly as such previous efforts as From Hell and The Book of Eli (both co-directed with his brother, Albert). But he does keep the camera circling restlessly, notably in the talkier scenes. He also cloaks the action in the obligatory darkness, and backs it with a droning, groaning electronic score composed by a team led by Atticus Ross. (He's the guy who collaborated with Trent Reznor on music for The Social Network and the Hollywood version of The Girl with the Dragon Tattoo).

If Broken City is more notable for attitude and ambiance than plotting, it does pose some lingering mysteries. But these may have less to do with Brian Tucker's script than with last-minute edits: While the conflict between Billy and the mayor resolves neatly — too neatly, in fact — other characters and storylines just evaporate. It might take a smarter gumshoe than Billy Taggart to uncover everything that was originally supposed to happen in Broken City.