Accessibility links
Experts Urge Caution As $50 Billion In Sandy Aid Passes House More than two months after the storm, the House of Representatives passed a bill to spend $50 billion to help Eastern states struck by Hurricane Sandy. But some scientists and engineers say there's danger in rushing ahead to rebuild a coastline that's sure to get hit again. 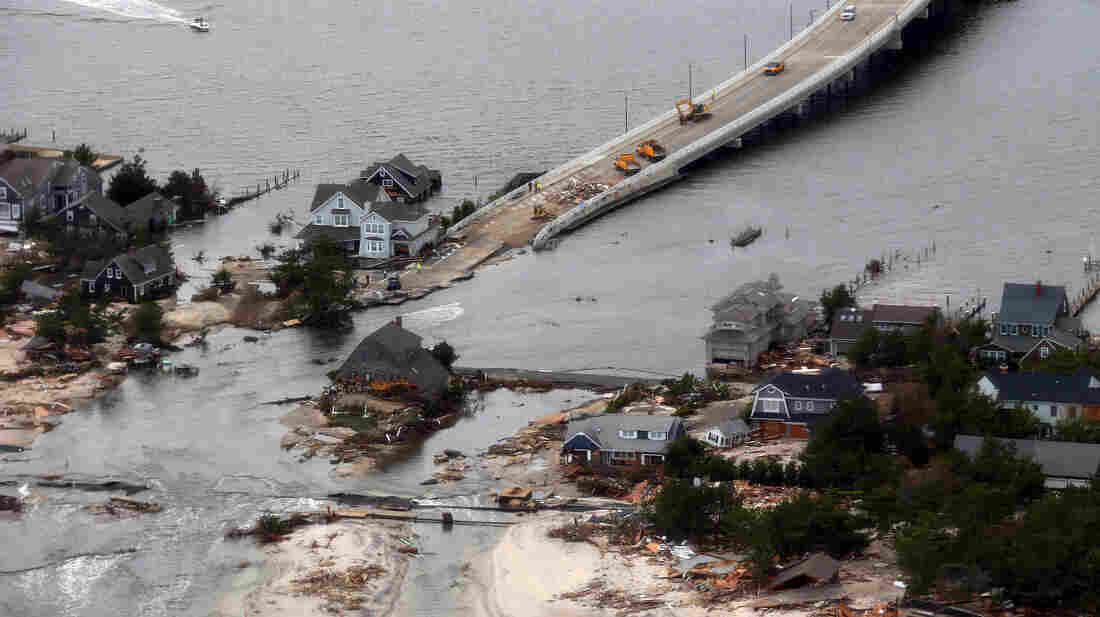 Much of the money from the Hurricane Sandy relief bill the House of Representatives passed will fund beach and infrastructure restoration projects in areas such as Mantoloking, N.J., seen on Oct. 31. Doug Mills/AP hide caption

The House of Representatives passed a bill this week to spend $50 billion to help states struck by Hurricane Sandy. The action comes more than two months after the storm, and the measure now goes to the Senate.

The delay outraged politicians and residents from the Northeast, who blamed Washington for playing politics with desperately needed aid. But some scientists and engineers say there's danger in rushing ahead to rebuild a coastline that's sure to get hit again.

Tough talk in the House from Republican Peter King and Democrat Jerrold Nadler of New York and Democrat Bill Pascrell, Jr. of New Jersey paid off. The total aid package is now looking to run about $60 billion, compared to more than $80 billion for Hurricane Katrina.

Most of the money is to help people whose homes or businesses have been lost or damaged, or for infrastructure, including bridges and roads. 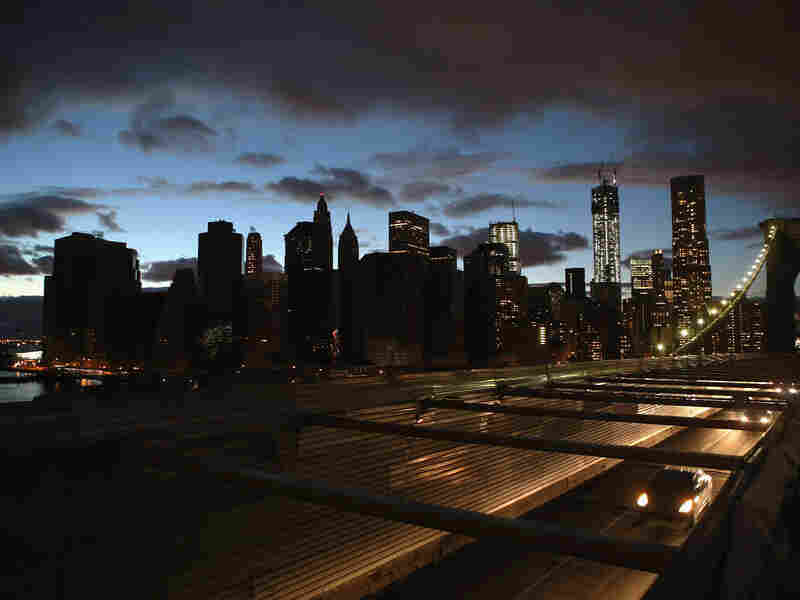 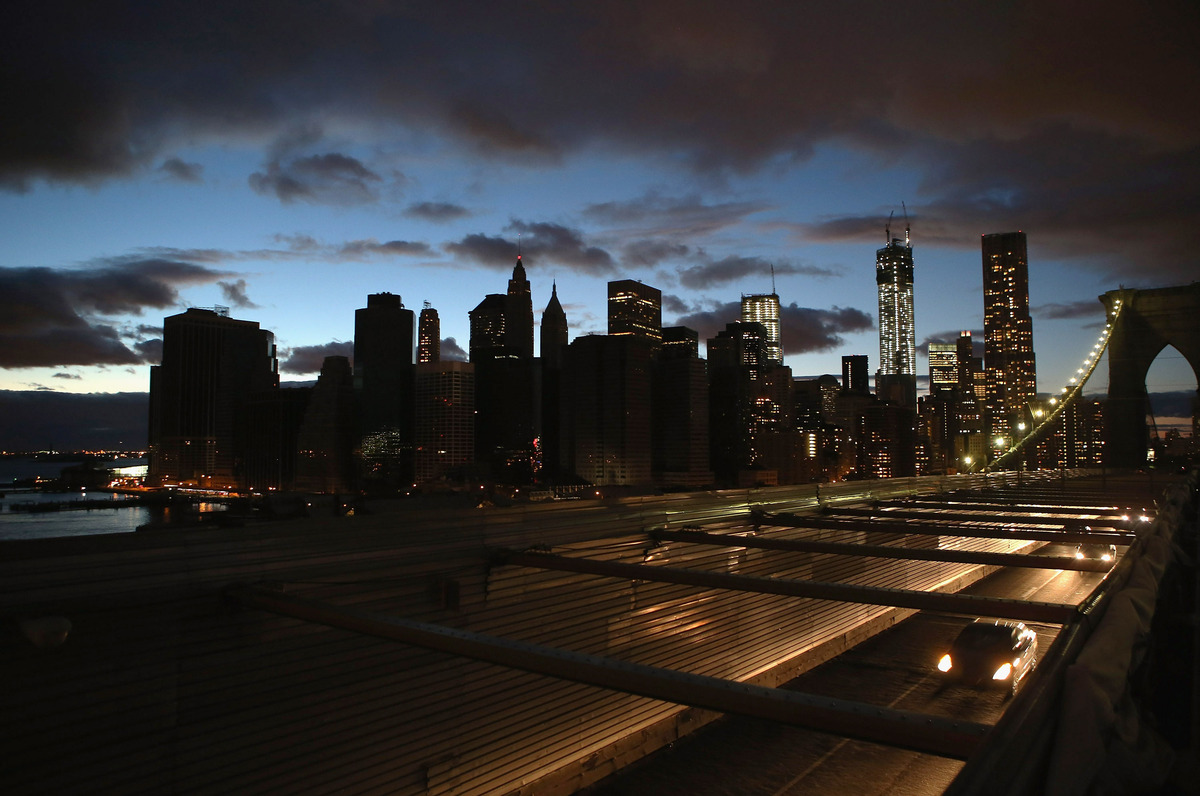 But several billion dollars are pegged for projects to reduce risk of future storms. Some scientists are alarmed, like Rob Young, a geologist at Western Carolina University who studies what happens to structures built along coastlines.

"What in the world are they going to spend that on?" he asks.

It looks like a lot of the money will go to things like trucking sand back onto beaches or rebuilding beachfront property the way it used to be. But Young says that's a ton of taxpayers' money for projects that may not make the coast more resilient.

"You have this massive government subsidy for development in vulnerable coastal areas, particularly on the immediate coast, on the oceanfront, in resort communities," he says.

Spending tax dollars to rebuild coastal communities isn't new. Young points to Dauphin Island along the Gulf Coast — it's been rebuilt numerous times after storms, to the tune of tens of millions of tax dollars. Most insurance companies shy away from these places. So the taxpayer pays.

And as the climate warms, all the scientific models predict more storms, bigger storms and more devastation. In fact, the insurance industry says giant disasters are becoming more common.

Young is among many scientists and engineers who say: Slow down. Find out if more sand really saves beaches. Maybe wetlands are better. Do floodgates work? And who should pay for this?

New Yorkers like Andrew Darrell are thinking along the same lines.

Darrell is an energy analyst at the Environmental Defense Fund and an adviser to New York Mayor Michael Bloomberg. He is focused on how the city's electricity grid gets rebuilt. He saw part of it go down from his apartment during Sandy at the 14th Street power station in Manhattan.

"A wave crested a 12-foot wall that surrounds the substation and caused a huge electricity arc, and it lit up the sky," Darrel says. "In the arc of that light, you could see quite clearly all of the buildings in lower Manhattan that night."

Darrell says rebuilding the grid means doing things differently. Take solar power, for example. After Sandy, a few buildings with solar panels had power when the sun came back out. But most did not — for a strange reason.

Darrell says it costs building owners more money to get their solar panels to work independently of the grid. He says people should get paid to be independent from the grid, so they can provide a safety net for the power company during disasters.

Experts like Darrell and Young say little changes like that could reduce the cost — and the pain — of the next big storm. And the money's on the table right now to do it.