Accessibility links
Figuring How To Pay For (Chimp) Retirement The National Institutes of Health owns or supports almost 700 chimps. But the question of where they go when no longer needed for research is a thorny one: NIH money to support retired chimps in sanctuaries has been limited by Congress. 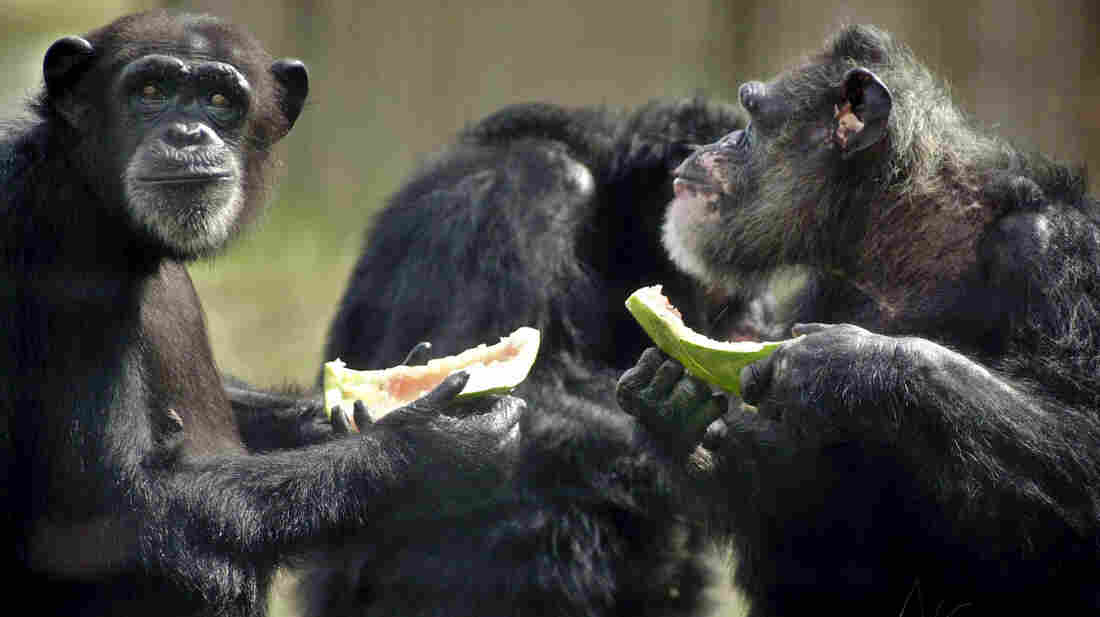 toggle caption
Save the Chimps

Retirees flock to Florida — and the Sunshine State even has a retirement home for chimpanzees.

There, chimps live in small groups on a dozen man-made islands. Each 3-acre grassy island has palm trees and climbing structures, and is surrounded by a moat.

A Holiday Wish: 2013, The Year Of The Chimpanzee

This is Save the Chimps, the world's biggest sanctuary for chimps formerly used in research experiments or the entertainment industry, or as pets. The chimps living here — 266 of them — range in age from 6 years old to over 50. And as sanctuary Director Jen Feuerstein drives around in a golf cart, she recognizes each one.

"Hey, guys!" she says, pulling up to a small building that serves as the entrance to one island. "This is Luke on the left and Virgil on the right, and then the chimp walking up is Christopher."

Later, she spots a chimp sitting up in a tree and says it's Jaybee, a former research chimp who spent years alone in a small cage. She says he "had nothing natural, never went outside, never even saw the sun. So to see him in a tree, munching on leaves, just like a wild chimp would, is pretty amazing."

Next week, the National Institutes of Health will get some long-awaited advice from a working group that has been studying what the agency should do with its current research chimps. That group may recommend retiring a lot more chimps.

If so, finding them new homes in sanctuaries like this one won't be easy.

"After the recommendations from our working group, we anticipate there will be a much diminished need for animals in research," says James Anderson, an official with the NIH who has been working to plan for future chimp retirements.
"The single biggest issue will be the capacity of the sanctuary system. If we retire many more animals, there's no space."

The NIH owns or supports about 670 chimps, he says. About 100 are already officially retired and live at a wooded sanctuary in Louisiana called Chimp Haven, which is the designated facility for retired government chimps. If more chimps are going to be retired soon, it's not clear where they'll go. 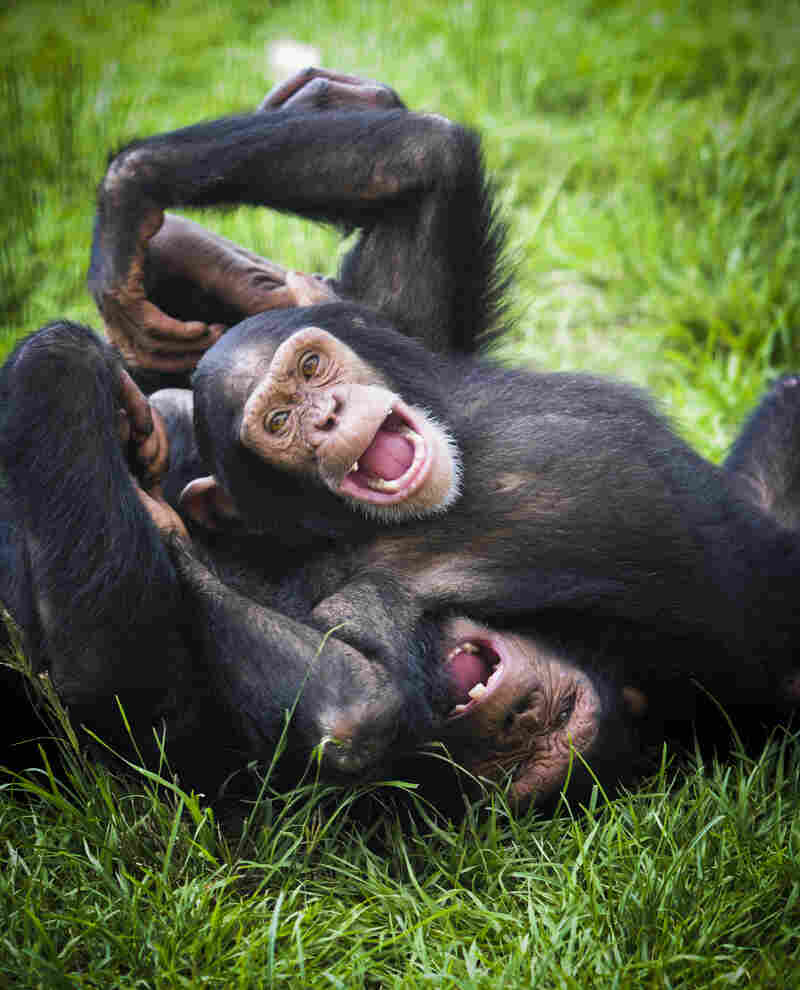 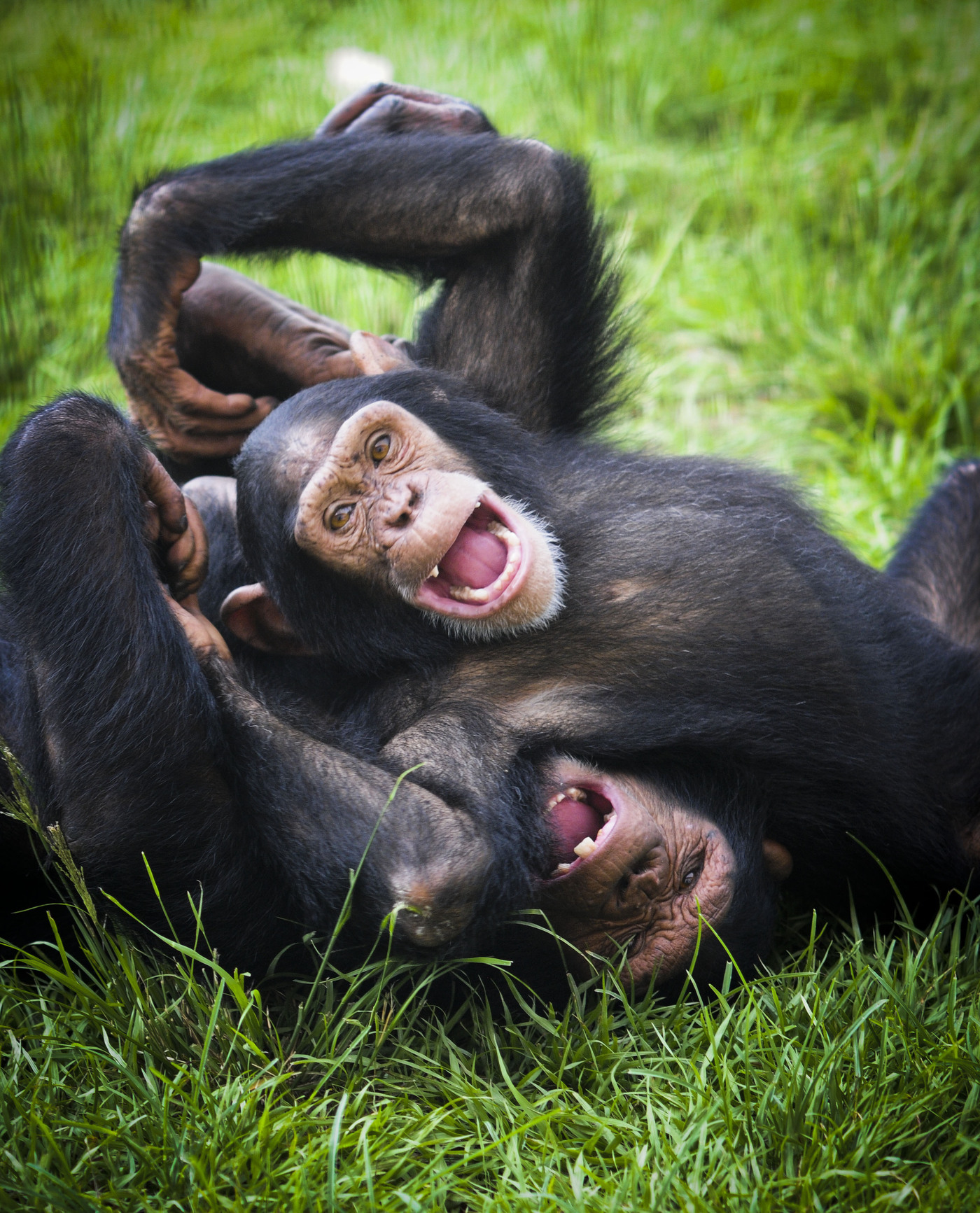 Jude and JB play at Save the Chimps. The facility is home to 266 chimps.

Existing sanctuaries could potentially expand and make room for more chimps.
The trouble is, the NIH can't give them any money to do that. That's because Congress put a cap on how much the agency can spend on chimp sanctuaries when it passed the CHIMP Act in 2000.

"Congress set a cap of $30 million on total spending for construction and care of the animals in the sanctuary. And we are already over $29 million," Anderson says. "We'll hit that cap in July of this year."

It will take Congress to fix this. In the meantime, because the spending cap only applies to sanctuaries, one option is for retired chimps to just stay in research facilities.

"And we could continue to use taxpayers' dollars in that context to take care of them," Anderson says.

That's one reason why, when officials recently had to find a new home for about 100 lab chimps, they decided to make them ineligible for experiments — but only a small number would go to a sanctuary. The rest would get moved to a different lab that had space to house them. The decision caused a public outcry.

"We did step up and say, 'We want them all,' " says Jennifer Whitaker, vice president of Chimp Haven in Louisiana. "We, under good conscience, could not allow chimpanzees to be moved from one lab to another. We wanted them permanently retired at our sanctuary."

NIH officials quickly reversed course and agreed. But they could only do that because Chimp Haven and other nonprofits said they'd raise about $5 million for things like the construction of new living spaces.

"We're in the process of raising those funds and we are feeling very encouraged, but we do still have a long ways to go," Whitaker says.

She says the first group of eight to 10 chimps should arrive by the end of this month, and another will arrive in February.

"We will be integrating those groups into existing groups," she says, which means a series of introductions among all the chimps. "We are hoping that within the year, we will be able to retire all 111 at Chimp Haven."

When it comes to the prospect of taking on more chimps in the future, Whitaker says, "financial complications are our biggest challenge."

Back at Save the Chimps in Florida, Feuerstein says her sanctuary is at capacity. But if more government chimps are retired, they'd consider expanding, if there's funding available. Currently, this sanctuary doesn't have any chimps supported by the government, and is privately funded. 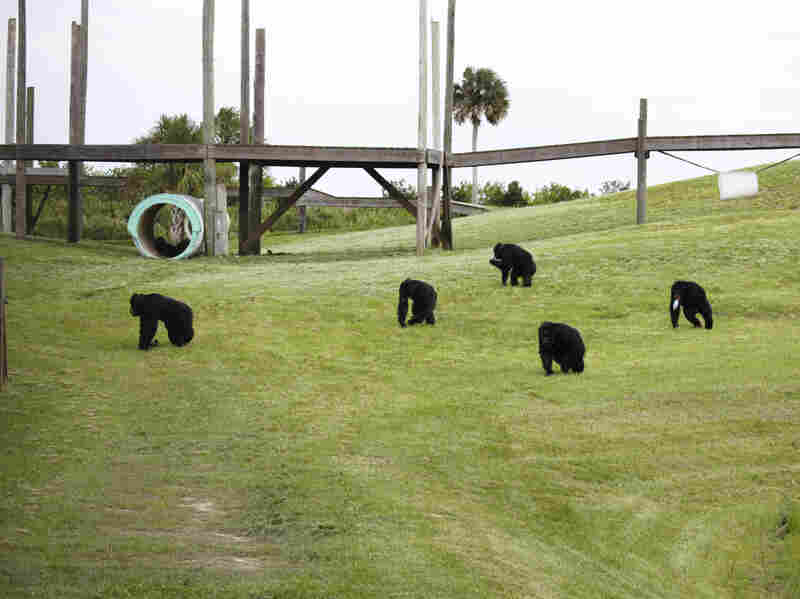 toggle caption
Save the Chimps 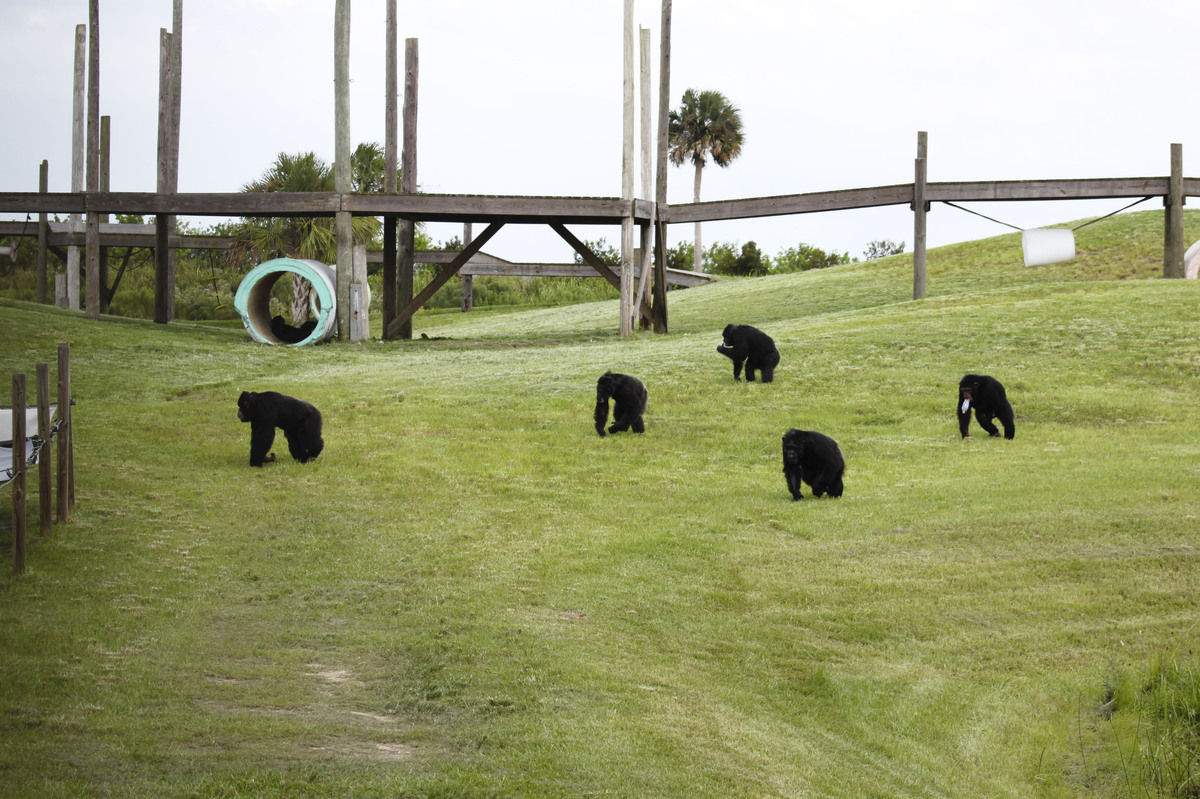 Caring for the animals at Save the Chimps costs about $15,000 per chimp per year.

Taking care of one chimp, per year, costs around $15,000, she says. This is comparable to what the NIH might pay to house a chimp in a research setting. There's a huge amount of work involved in caring for these animals.

Save the Chimps has about 50 employees to do endless chores. They hose down indoor rooms, prepare food and do the laundry — the chimp's brightly colored blankets and teddy bears hang on clotheslines to dry.

Every day, workers go out on the islands to scatter treats and toys. One day's entertainment, for example, was long sheets of paper smeared with ketchup and mustard.

And then there's the medical care. The sanctuary has a medications room that's stocked like a full pharmacy, where two women crush pills into plastic bottles, each labeled with a name — so it can get filled with that chimp's preferred juice or Gatorade. About half the chimps get daily meds for everything from arthritis to heart disease.

The goal of a sanctuary is for chimps to live like wild chimps and bond with other chimps, Feuerstein says, so working here isn't what people might expect. The sanctuary has a "no touch" policy, for example, so employees don't go out on the islands and play with the chimps.

She says most lab chimps adapt well to sanctuary life. But some do have problems. Cheetah, a research chimp who lived most of his life alone, can't adjust to a group.

"Hi, Cheetah. Hey, buddy," Feuerstein says, kneeling down to greet him. He pokes a piece of orange hose through a metal fence and gently drags it across her arm — his way of grooming her as he makes a soft clacking sound with his teeth.

This sanctuary has other chimps like Cheetah with special needs, and Feuerstein says it has a plan for how to improve their housing. But making those improvements, of course, means first having to raise the money.