Accessibility links
'Algerian Style': Cooperative, To A Point Algeria has been acting alone in the hostage situation at the remote In Amenas natural gas field, relying on its years of experience fighting terrorism internally. It has turned down offers of support and advice from other nations, including the U.S. Yet any anger over Algeria's go-it-alone approach has been muted; the nation is a critical ally of the U.S. 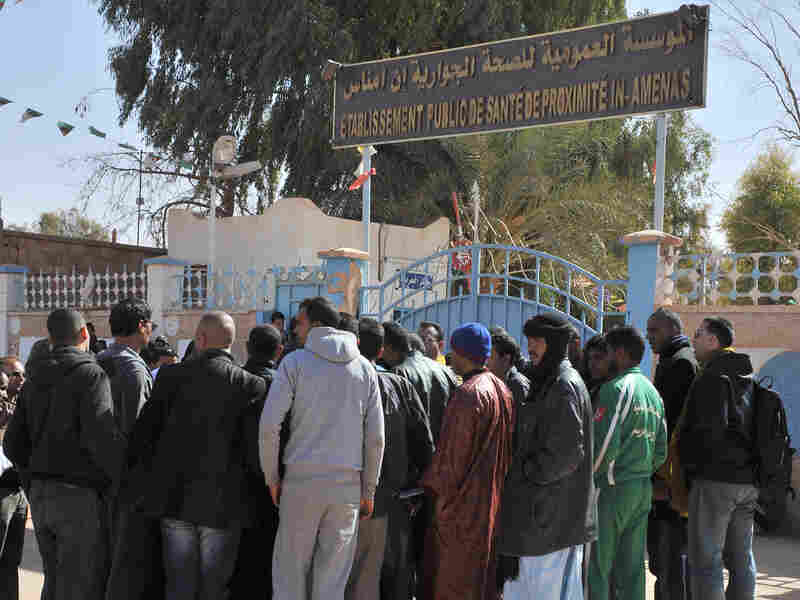 People gather Friday outside a hospital in eastern Algeria as they try to get information on those wounded during a military raid on a gas plant where Islamic extremists were holding hostages. Anis Belghoul/AP hide caption 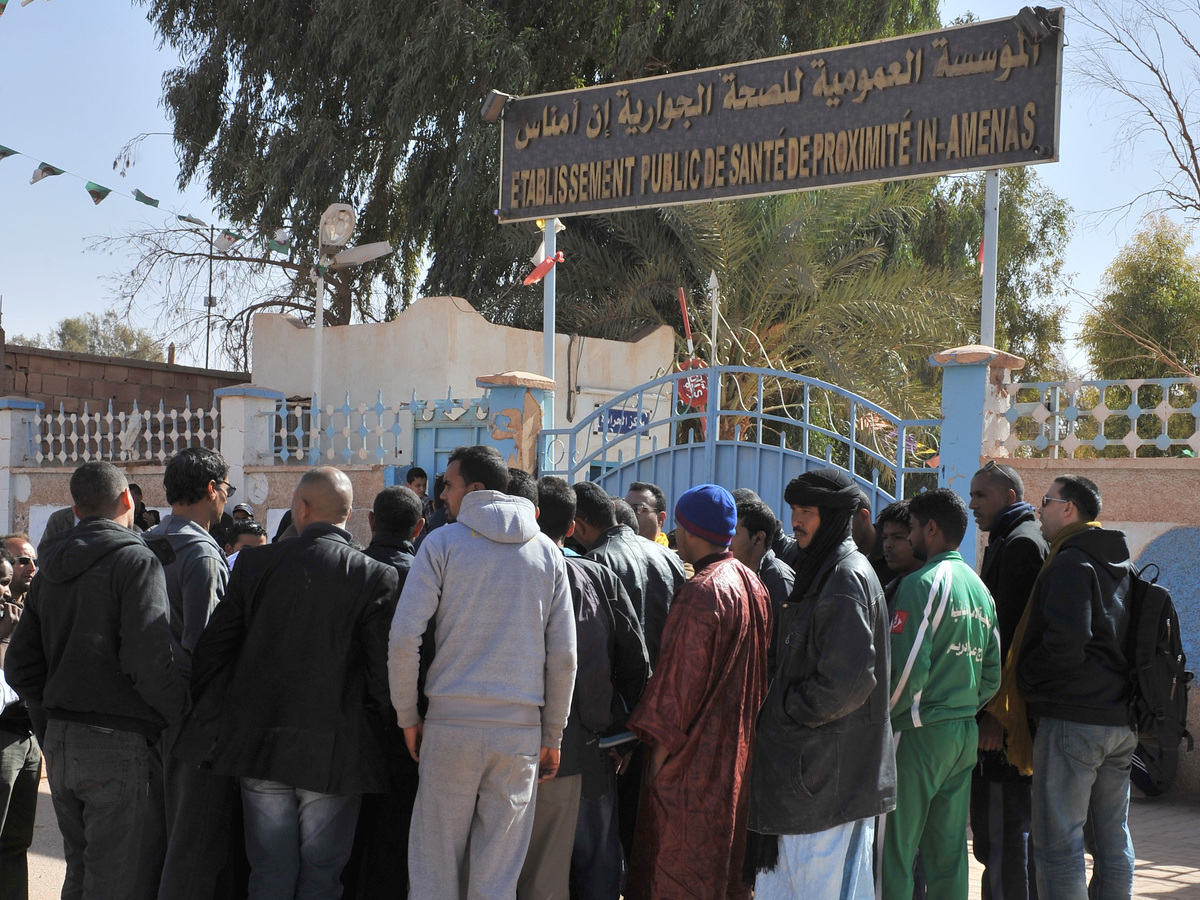 People gather Friday outside a hospital in eastern Algeria as they try to get information on those wounded during a military raid on a gas plant where Islamic extremists were holding hostages.

The Algerian government gave no advance notice that it was planning to launch a military operation to rescue hostages at the remote In Amenas natural gas field, despite offers of support and advice by many nations, including the U.S.

The anger and disappointment in Washington is muted, however, because the U.S. sees Algeria as a critical ally in the fight against terrorism.

The U.S. has been nurturing relations with Algeria since the 1990s. Following the collapse of the Soviet Union, the North African nation went looking for new partners, says retired Air Force Col. Cedric Leighton, a strategic risk analyst.

Leighton says over the past few years, the U.S. has come to place more value on that relationship because of the increasing threat across North and West Africa from Islamist groups linked to al-Qaida.

Algeria has provided logistical support to France and opened its airspace to French planes to shuttle military personnel into neighboring Mali in an effort to root out al-Qaida-backed militants there.

But when it came to terrorists launching an attack on its own soil, that's when Algeria's cooperation ended. British Prime Minister David Cameron said he was disappointed Algeria did not give any advance warning that security forces would storm the natural gas facility where hostages were being held.

When To Act? The Dilemma In Every Hostage Crisis

"Mr. Speaker, we were not informed of this in advance. I was told by the Algerian prime minister while it was taking place," he told the House of Commons on Friday.

Cameron said he had urged Algeria's government to consult the U.K. and other countries before taking any action. Anouar Boukhars, a North Africa specialist at the Carnegie Endowment for International Peace, says Algeria has had years of experience battling its own terror threats and feels it doesn't need any advice.

"This is Algerian style. Algeria is very jealous of its sovereignty; they believe that this is a national issue within Algerian territory," Boukhars says. "Algeria has a policy that they will never negotiate with violent extremists, and that's the only way they know how to deal with it is the use of force."

Keeping Ties In The Long Run

Secretary of State Hillary Clinton says no one knows better than Algeria how ruthless the terrorists are and that the U.S. is staying in close touch with the Algerian government. Clinton would not say whether the U.S. was notified ahead of the military rescue mission. Instead, she appeared to take the longer view on Algeria in a statement on Friday.

"It is absolutely essential that we broaden and deepen our counterterrorism cooperation going forward with Algeria and all countries of the region," she said. "We stand ready to further enhance the counterterrorism support we already provide. We have been discussing this with the Algerian leadership."

It may be more than just the terror threat when it comes to this delicate diplomacy: Algeria is a major oil and natural gas producer, and the bulk of its oil goes to the United States.