Accessibility links
Presidents Use Bully Pulpit To Shape American Language In 'Words' In Words From the White House, linguist Paul Dickson looks at the ways presidents have used the office to create and shape American language. Presidents, Dickson says, must be eloquent and spontaneous, but they also need to communicate in a way that gives listeners something to latch onto. 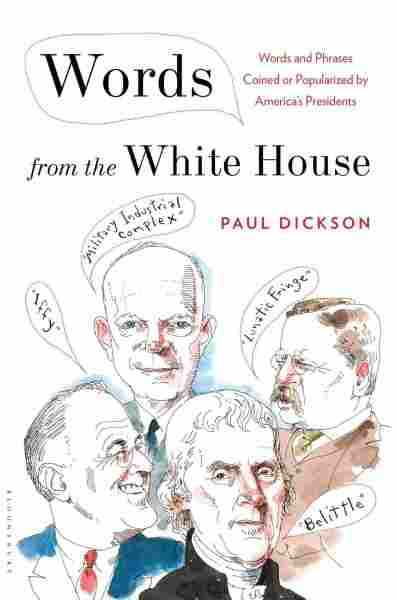 Words From The White House

Words and Phrases Coined or Popularized by America's Presidents

The office of the president offers a lot of responsibilities and privileges. Your actions drive the world's most powerful military, billions of dollars worth of domestic policy and, perhaps most importantly, the way the country speaks.

That's what linguist and writer Paul Dickson contends in his new book, Words From the White House. It's a look back through history at the words and phrases popularized by our presidents — including the ones they don't get credit for anymore.

Teddy Roosevelt, for example, loved language, Dickson tells NPR's Rachel Martin. "He would create a word like 'mollycoddle,' for sort of somebody you would say was timid, and 'bully pulpit,' you know, the bully pulpit being the presidency itself." Presidents, Dickson says, have to be eloquent. "They have to be able to get up there and convince people."

Dickson says the most eloquent and convincing president was Thomas Jefferson. "To this day, in the Oxford English Dictionary, there are 114 terms which are laid at his feet — either pure coinages or him being the first to use it," he says. "And some of them are quite interesting."

Did you know that Jefferson was apparently the first to use the word "ottoman" to refer not to the empire, but to the footstool? And Dickson says words like "pedicure" and "lengthily" are also attributed to our third president — along with, appropriately enough, "neologize."

"He writes a letter to John Adams, who's another very good creator of language, ... and says, 'It's our obligation as Americans to neologize, to create a new language, which is the American language,' " Dickson says. That language would be full of Americanisms like "OK" and "slam dunk," which might be sneered at by a speaker of the King's English.

The new American language is curter and more direct. "You say mob instead of 'a large group of angry people.' That's Americanism," he says. 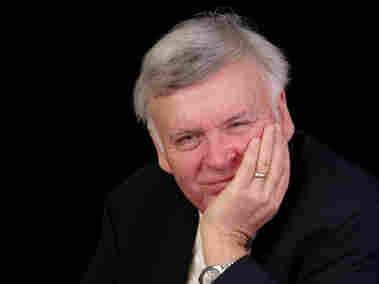 Paul Dickson is the author of more than 55 books. His latest, Words From the White House, describes the lexical innovations of America's presidents. Steve Hash/Bloomsbury USA hide caption 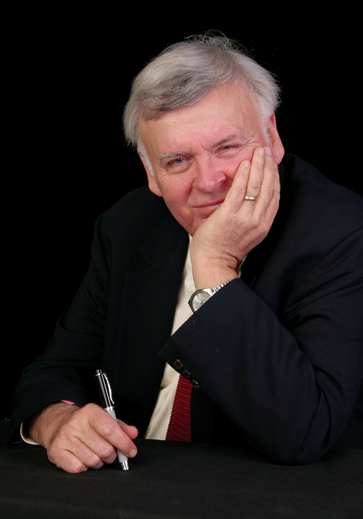 Paul Dickson is the author of more than 55 books. His latest, Words From the White House, describes the lexical innovations of America's presidents.

In the modern era, Dickson points to Harry Truman as a master of presidential language. "He brought back old folk terms like 'snallygaster,' and he had wonderful slogans like 'the buck stops here.' " One of the most interesting terms Truman brought back, Dickson says, was the word "trocar," which was an instrument farmers used in rural Missouri, where he was from, "when a bull or a cow had eaten too much clover and had amassed a huge amount of gas inside of them. ... They would use this instrument to allow the gas to come out through the proper orifice." There was, he adds, the occasional joke about a whistling noise sounding across the plains when farmers applied the trocar to their livestock.

"Truman actually, in a letter to one of his aides, said that he felt ... 'somebody should take a trocar to Congress and use it to deflate the egos,' " Dickson says. "I like Truman's stuff because he was a very plain-speaking man who used these rural things that were probably a great puzzlement to more urban people."

Speaking of plain-spoken, George W. Bush also makes an appearance in the book. Bush was known for scripted phrases like "Axis of Evil," but also spontaneous utterances like "embetter."

"I gave him the benefit of the doubt because everybody was howling and yelling and screaming ... 'embetter' was first cited in the Oxford English Dictionary, with the same exact meaning that George Bush gave it, in 1583," Dickson says, though it has since dwindled into obscurity.

Read an excerpt of Words From The White House

Likewise, the OED traces "resignate" all the way back to 1531. "One of the ones they really tried to nail him with was 'strategery,' " says Dickson. "Which of course was not Bush himself but was Saturday Night Live ... but 'misunderestimate,' which was one of the real howlers that a lot of people cited, is actually fairly useful."

Presidents need to be spontaneous, but also have a good understanding of the language in order to coin new words, Dickson says. "When Roosevelt first gave his fireside chats to coach the country out of the Depression, [he] made a very conscious decision to use the language of baseball, as opposed to the language of politics. ... The president, in order to be a really good communicator, has to realize that he can't talk to the people with the same metaphor they would talk to, you know, someone in his party hierarchy, that if he really wants to get to people, he's got to give them something they can latch onto."