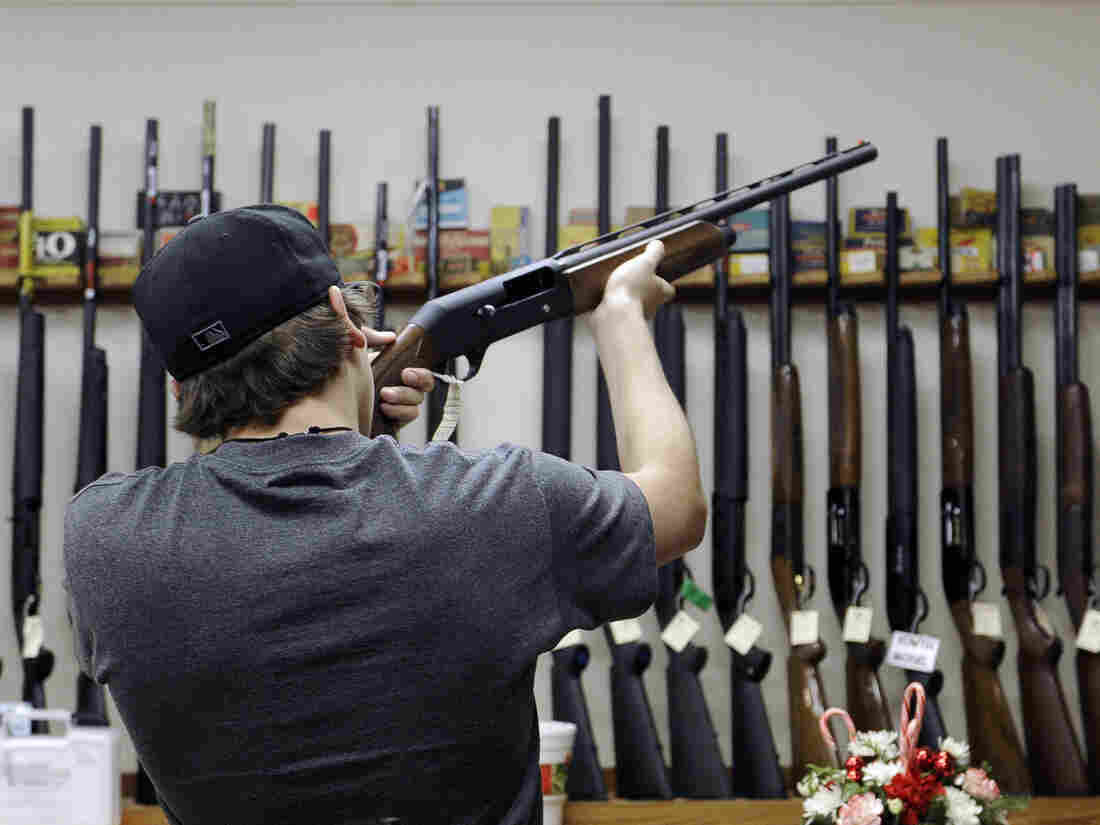 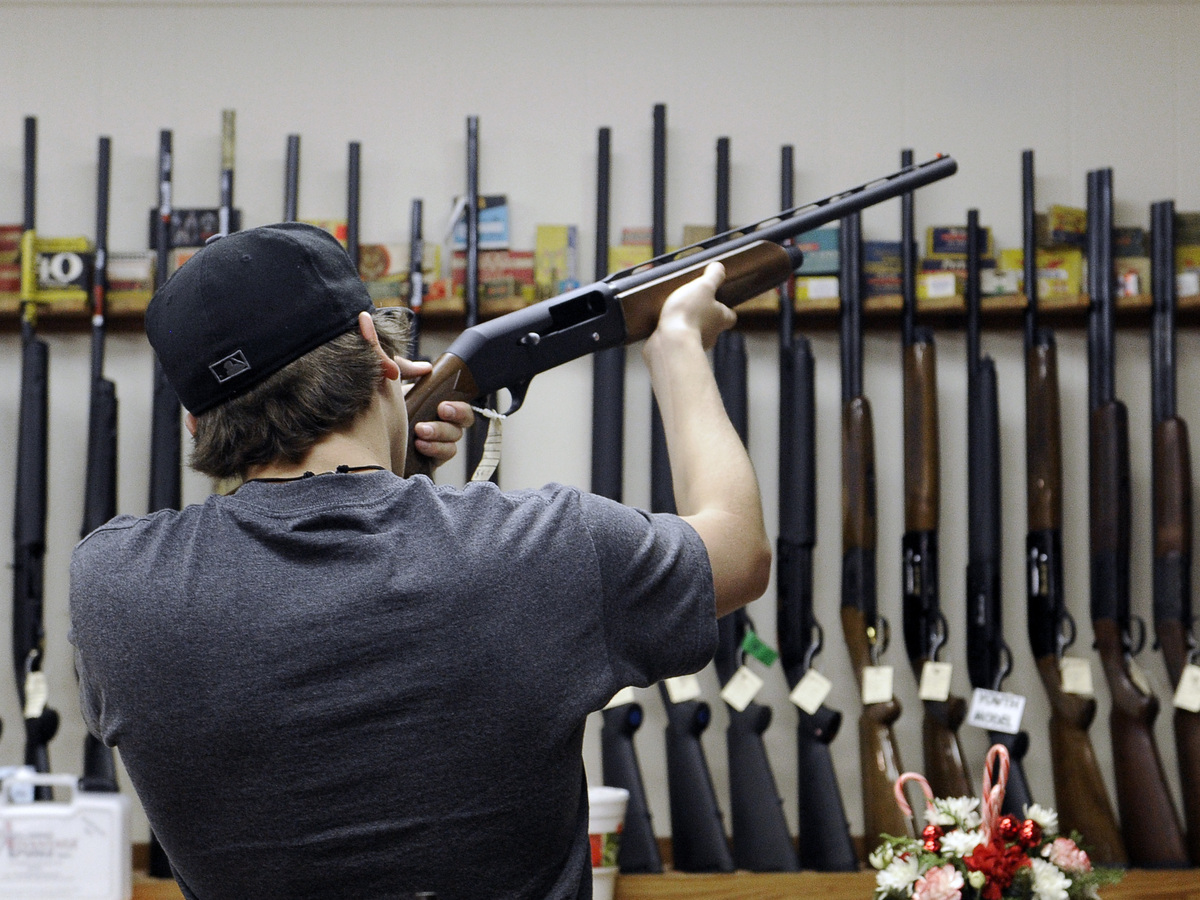 One of President Obama's gun control proposals appears to have widespread support — universal background checks for gun purchases. Some experts on mental health and gun violence find problems with the current laws, and they say the system doesn't do a very good job of predicting and preventing gun crime.

When you enter Kerley's Hunting and Outfitting in Cupertino, Calif., you're greeted by a taxidermy lion roaring and leaping. There are rows of rifles on the walls, but the owner, Harry Dwyer III, doesn't appear to be as fierce as his mascot.

Kerley's is a neighborhood gun shop that has been around since 1969. To the left of the door is an old, weathered National Rifle Association sign, but there is one thing Dwyer and some gun control advocates agree on — convicted criminals or the mentally ill shouldn't have easy access to weapons.

Unlike most states, California has universal background checks for gun buyers. Dwyer, who has been in the business for years, says it has been that way for decades.

He explains if you want to sell someone your old shotgun in California, before the deal can be closed, both parties must take the firearm and documentation for the transaction to a federally licensed dealer like Kerley's.

"We run the background check on the buyer and retain the gun for 10 days while that happens," Dwyer says.

California has some of the strictest gun control laws in the country. Advocates argue they've been effective in keeping thousands of guns out of the hands of criminals in the state.

Federal law is supposed to keep guns out of the hands of the mentally ill, but many say the language in the current law is outdated and confusing.

"People adjudicated as mentally defective is one category, and the second category are people committed to mental institutions — and that's the terminology that's used in that law," says Ron Honberg, director of policy and legal affairs at the National Alliance on Mental Illness.

He says the policy language is "horribly stigmatizing, and in fact so offensive that it's hard to even discuss the substantive aspects of the law."

Honberg also says it's not particularly helpful to officials who have to decide who should and shouldn't be allowed to buy a gun. He says "no one really understands what it means."

In 2007, Virginia Tech shooter Seung-hui Cho passed two background checks without a problem even though two years earlier he had been found to be a danger to himself and others.

Confusion over the language in the law meant his name was never added to the federal database. After that incident, Congress took steps to encourage states to beef up reporting — but the problem still persists.

"Mental health records are woefully incomplete," says Duke professor Philip Cook, who studies gun violence. "There are something like 30 states that do not submit records."

That is still happening now, years after Virginia Tech and other mass shootings.

What Needs To Be Improved

Criminal reporting has gotten better, but it's not perfect.

Cook says even when records are accurate and up to date, the current system doesn't do a very good job of predicting and preventing gun crime. He recently completed a study of alleged murderers in the Chicago area.

"What we found was that only 40 percent of them had a felony conviction in the preceding 10 years," he says.

Most of these people could legally buy guns.

Cook argues that if background checks are going to be effective they will have to become robust. If officials really want background checks to work, he says, they should examine juvenile records, any violent crimes and even histories of alcohol abuse.