Accessibility links
Aretha Franklin Was Already Famous, But Her Hat-Maker Wasn't When Detroit milliner Luke Song made Aretha Franklin's now-iconic 2009 inaugural hat — you know, the one with the big bow? — he had no idea he'd be making thousands more.

At the Jan. 20, 2009, inauguration of President Obama, Aretha Franklin's hat nearly stole the show. Her chapeau became a sensation, and made its creator, 36-year-old Luke Song, famous overnight. 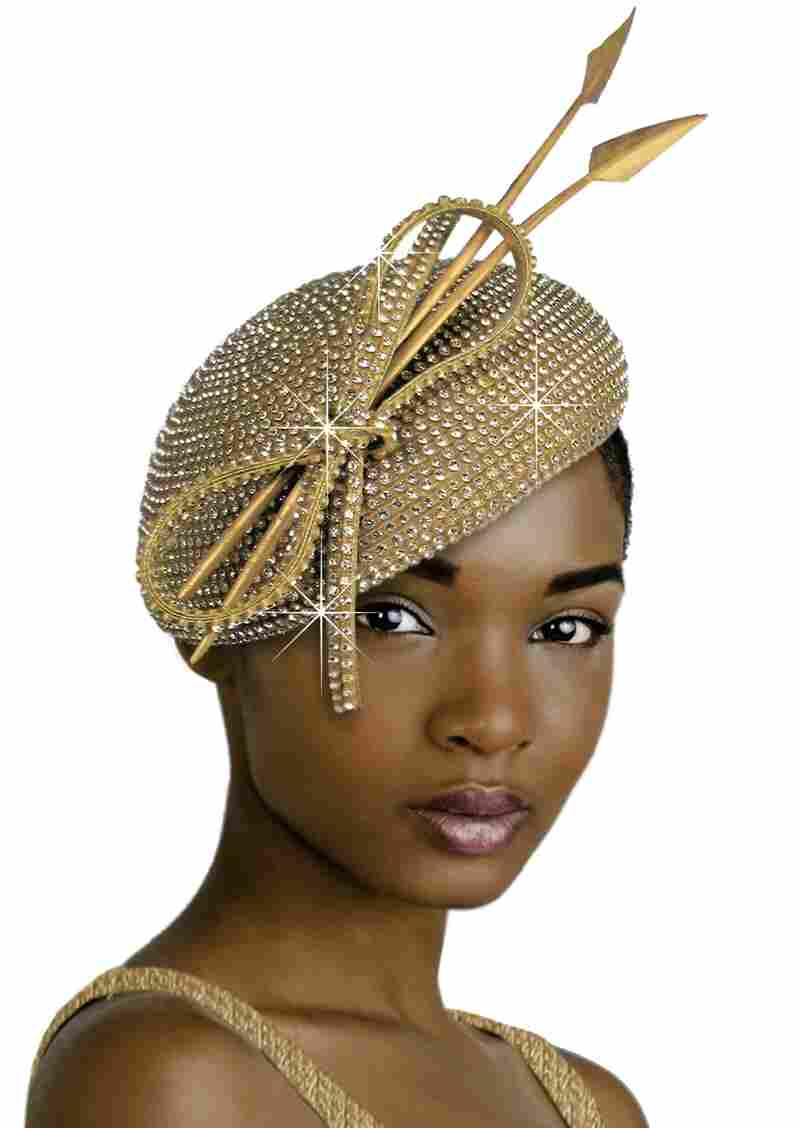 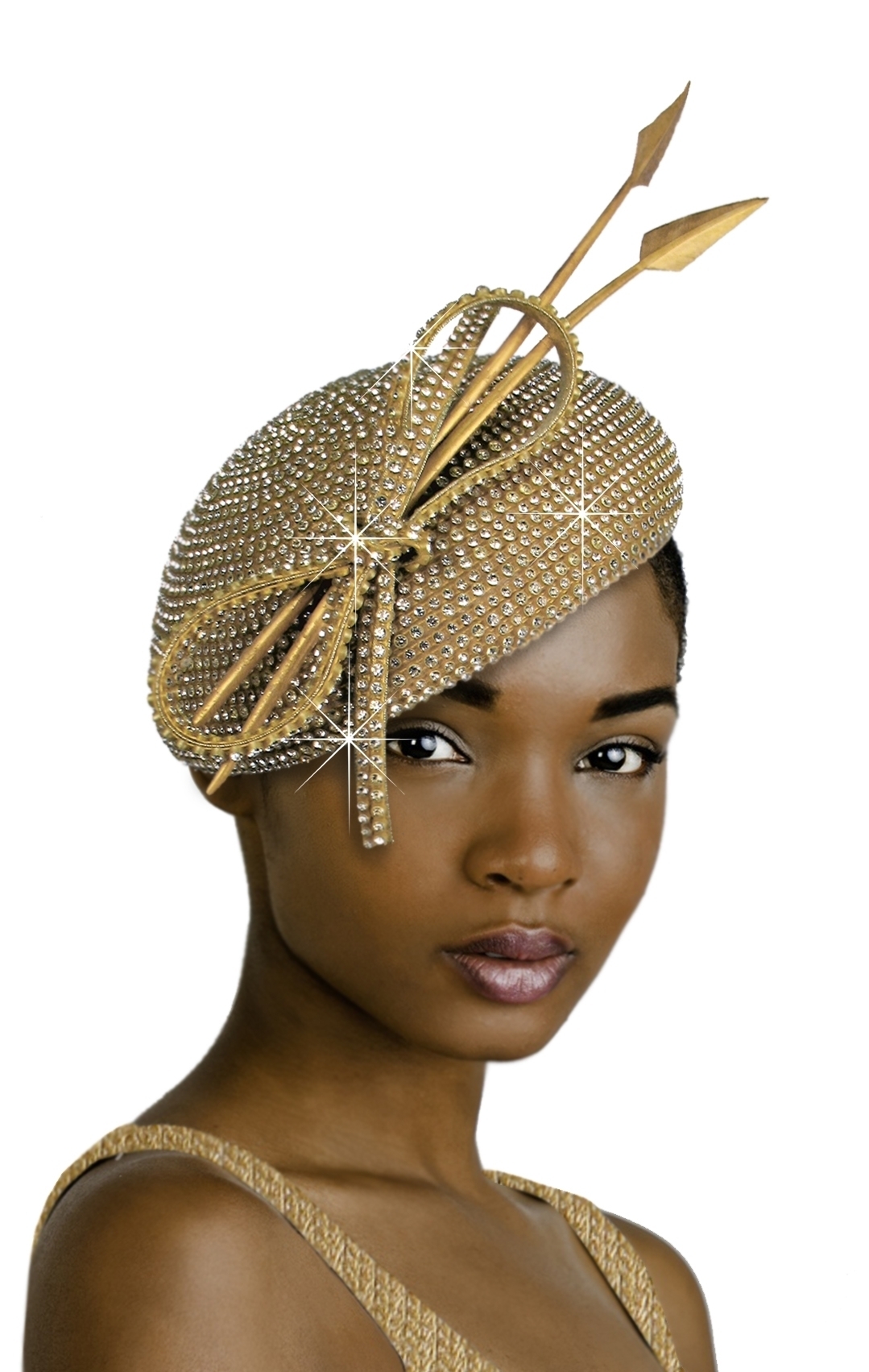 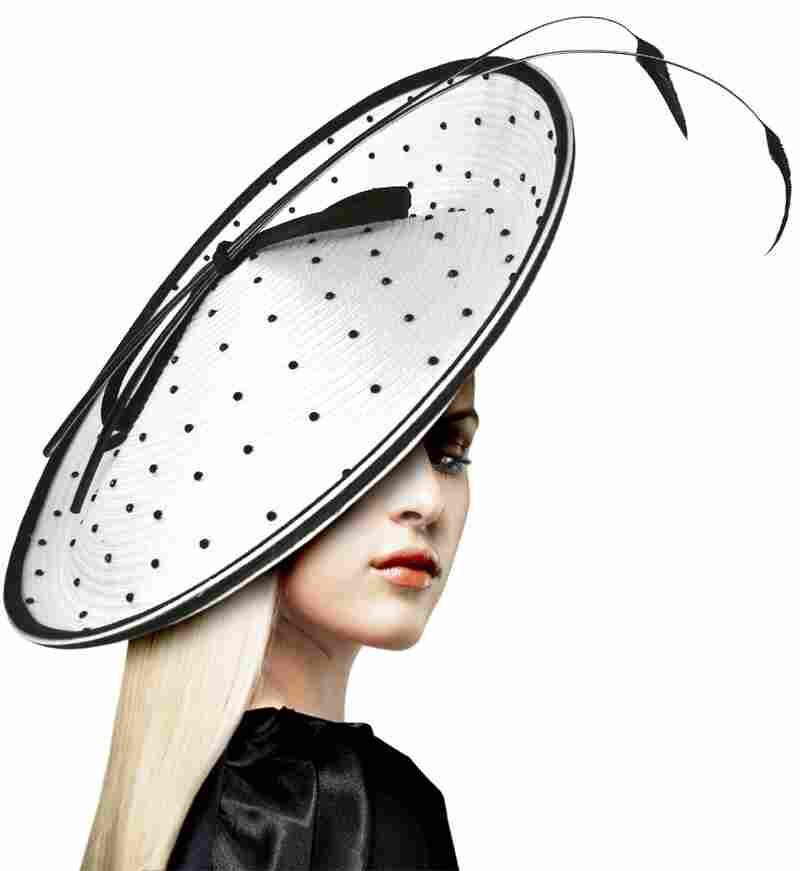 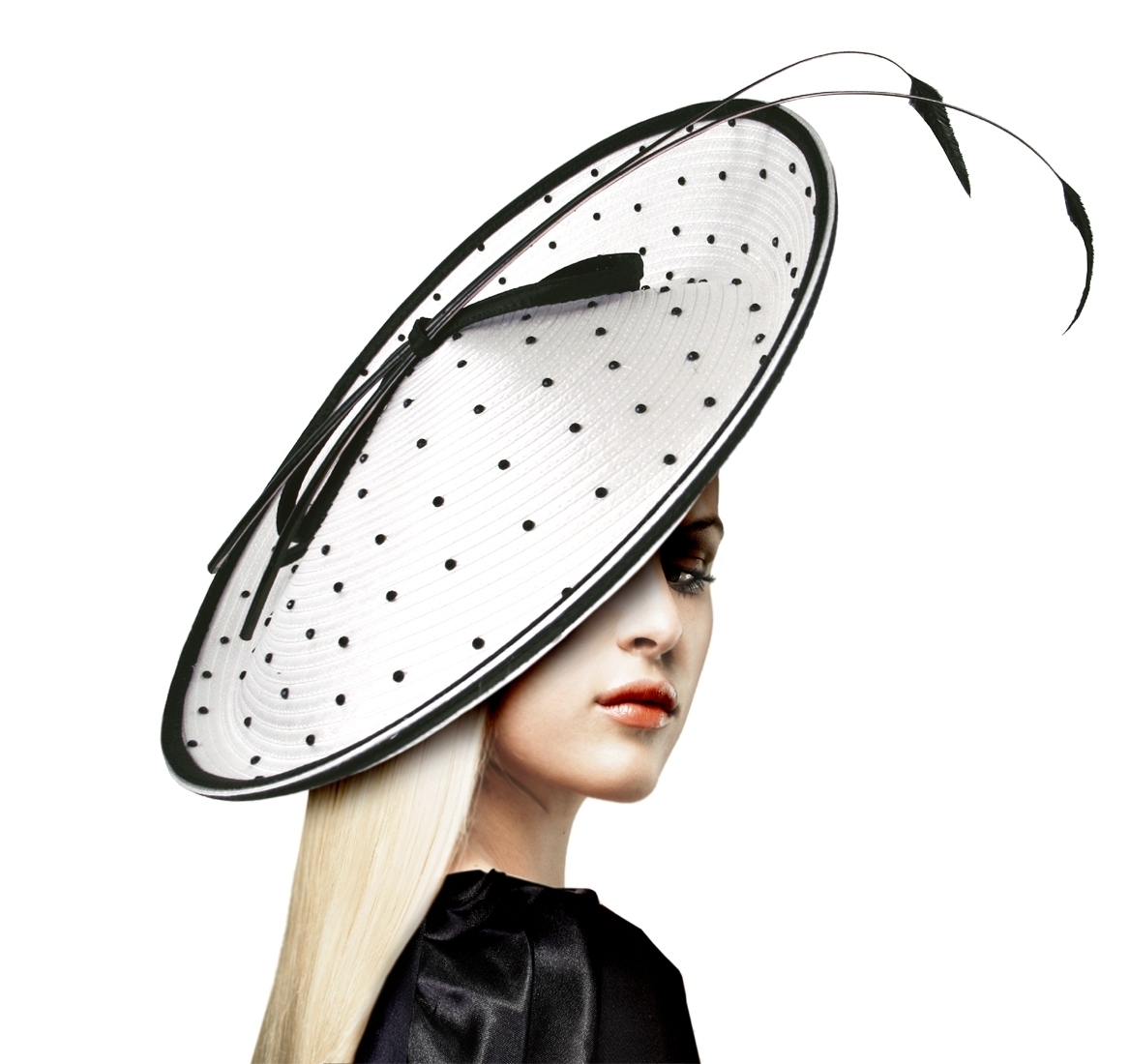 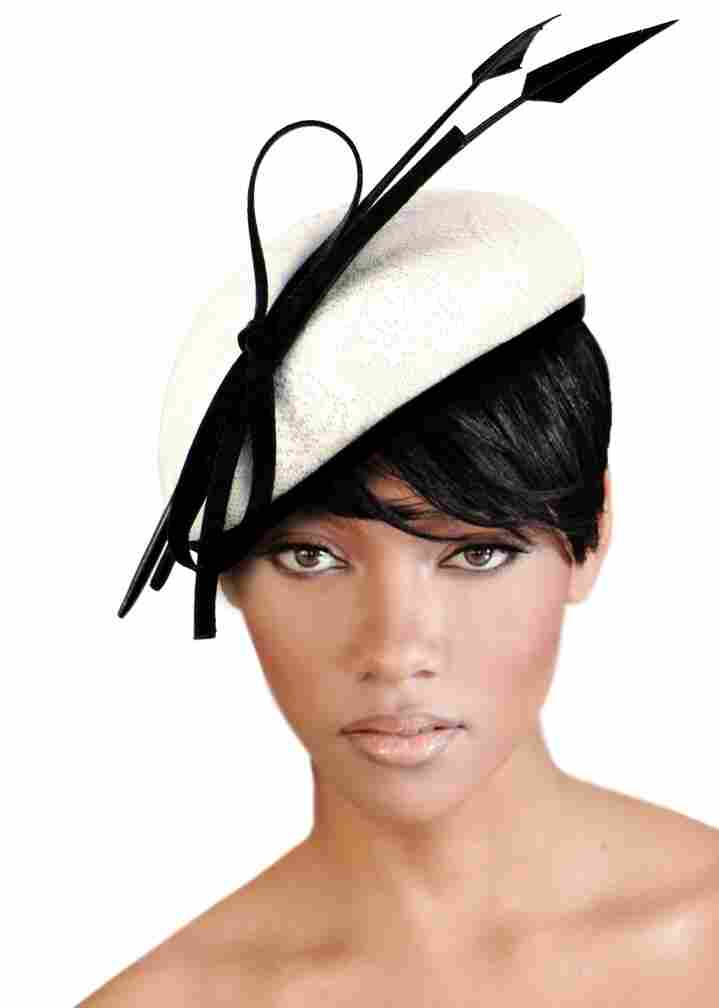 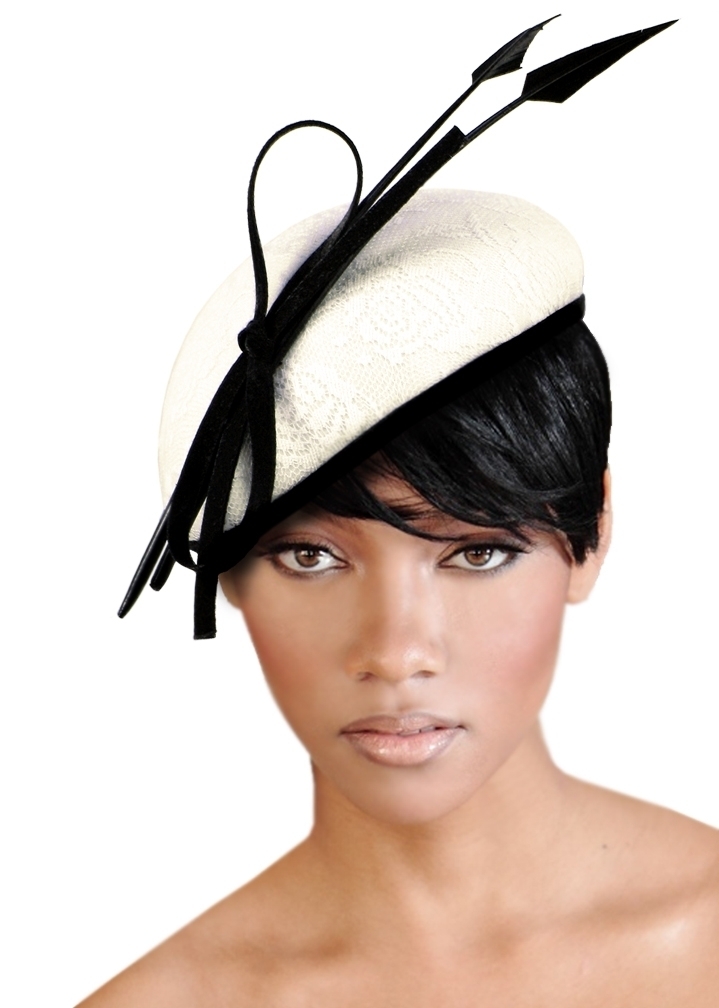 After the first Obama inauguration, everybody talked about three things: the historic moment, the Arctic weather — and Aretha Franklin's hat.

If it is possible for a piece of millinery to steal the thunder of one of the most-watched moments in recent memory, the Queen of Soul's hat managed to do it. Her gray felt cloche was topped with a giant, matching bow, outlined in rhinestones that flashed in the chill sunlight as she sang "My Country 'Tis of Thee."

She took the crowd to church in more ways than one. Her version of the patriotic hymn was deeply flavored with the gospel tradition that started her career. And her hat would have been right at home in several black congregations, where a well-worn hat is considered an important part of many churchgoing women's outfits.

The hat got, if you'll pardon us, crazy R-E-S-P-E-C-T. And worldwide admiration. It made its creator, 36-year-old Seoul-born Luke Song, globally famous.

From Fur To Felt

Song, whose parents started the hat-making business in Detroit when they immigrated from South Korea, came to his craft after spurning a career in medical research. After helping out in the family business, he became well-known in Detroit and in church circles for producing distinctive chapeaus coveted by fashionable African-American ladies. Aretha Franklin had been a customer for some 20 years. She asked him to make a couple of hats that she might consider for the inauguration.

Originally, Song said, Franklin wanted fur "because it was going to be so cold." But he told her a fur hat, while elegant, came with problems: "Fur is hard to light," Song explained. "I told her it might cast shadows on her face." So she thought about a backup option. Together they looked at some of the designs Song had created already, and Franklin told him she wanted to combine elements of two: the head-hugging cloche base, and a show-stopping bow from another design.

But the queen wanted her crown customized. She told Tell Me More's Michel Martin in 2009 that she instructed Song to tone it down a bit. "There were too many stones on the bow for the early morning hour," she said, referencing the pre-noon swearing-in ceremony. So she told him to "take all of the rhinestones off and just leave a touch — just outline the bow with the stones."

And one more change: In the original design, the bow tilted left. Franklin wanted hers tipped to the right: "The aesthetics were better for me."

What she wanted, you know he got her. And the rest is inauguration 2009 history.

Of course the hat went on to enjoy a life of its own. It has its own Facebook page. It's now in the Smithsonian, and will ultimately rest in the Obama presidential library, whenever that's built. Later this year, it will tour as part of an exhibition sponsored by the Rock and Roll Hall of Fame.

And of course there have been copies, good and bad. Song doesn't mind. It was a great boost for his family's business, and, he says, "it made people start to think, 'Where did all the hats go?' Just about everybody has a mother or grandmother or aunt who used to wear hats all the time."

Franklin's majestic profile during the 2009 inauguration, Song says, boosted not just his hat business but the industry in general: "It's like when she came out in the hat, all of a sudden it jolted people's memories." And maybe encouraged them to also consider hatting up.

Song assumes he won't see this year's singer in one of his creations, but he does expect the now-beloved big bow to be part of the inaugural scenery: He started getting orders of versions of the big bow late last year. Women emailed him, telling him they wanted their own big bows to wear to this inauguration.

He's watching the ceremony live-streamed from Paris, where he's on business. And where he hopes to see "a whole sea of people — lots of them in the bow hat."