Accessibility links
Searching For Signs Of King's Inner Life In His Advice Column In the late 1950s, the civil rights leader wrote an advice column for Ebony magazine on issues of race, love and marriage.

Searching For Signs Of King's Inner Life In His Advice Column

Searching For Signs Of King's Inner Life In His Advice Column 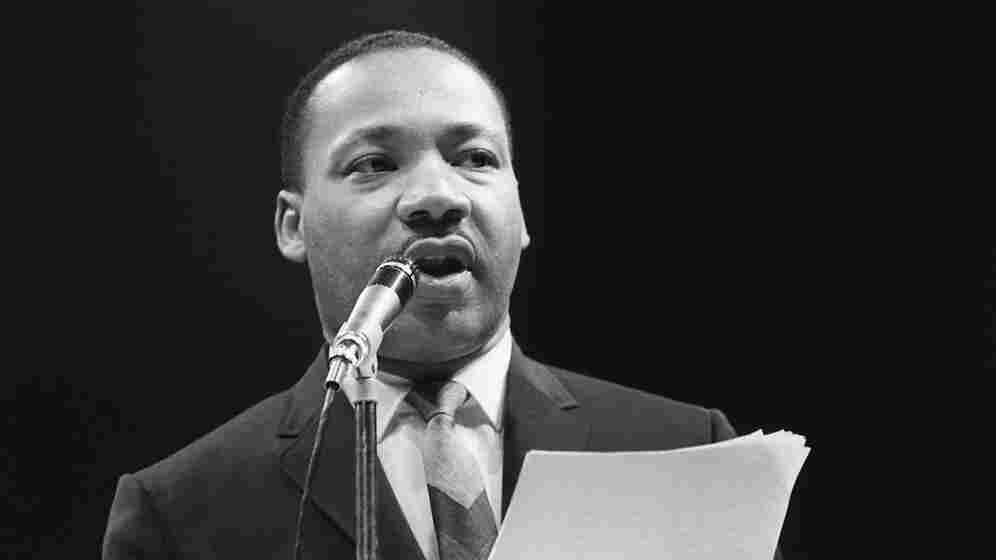 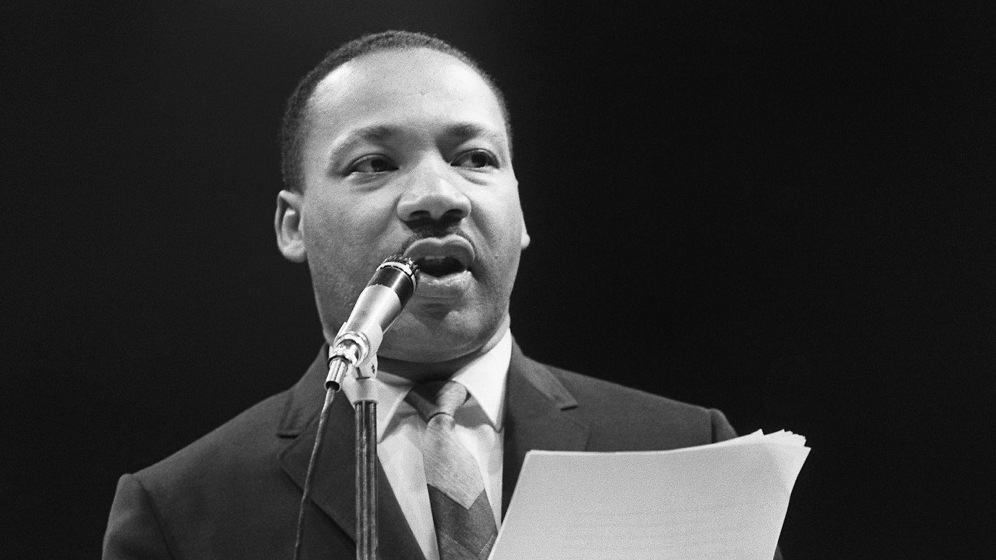 Even when dispensing life advice to Ebony readers, Martin Luther King Jr. didn't reveal much about himself

When you think of Martin Luther King Jr., all sorts of things immediately spring to mind. The climax of the "I Have a Dream" speech. The Montgomery bus boycotts. Maybe some black-and-white images of the man meeting with important people or contemplating weighty matters.

Over the past half-century, King has become the embodiment of righteousness, a figure of such unimpeachable wisdom that people of every ideological bent cite him to give their arguments moral force. In 2011, he was memorialized as a giant stone figure on the National Mall, not far from where President Obama was sworn in Monday. He's 20th century America's greatest secular saint.

But King was an actual human being, and not all that long ago. (He'd be 84 this year.) And despite the fact that so many people can readily summon his voice and visage, we still don't know all that much about his inner life.

According to David Garrow, who won a Pulitzer Prize for his King biography Bearing the Cross, that's the way King wanted it.

"It's why he's always out there in a dour, dark suit and a white shirt and a dark tie," Garrow said. King felt that he was the face of black Americans; he wanted to be taken very seriously.

"Both in sermons and in mass meeting addresses, his verbal style is both intense and forceful, but it's professional," Garrow said. "You don't get a sense of relaxation or humor."

Garrow said King the prankster is only really evident in FBI wiretaps that are under seal at the National Archives until 2027. "King had the ability to imitate people, and he would tell off-color jokes about other preachers, but the sense that he is funny and humorous is never out there in public," he said.

Stanford University's King Papers Project is a trove of the late civil rights leader's writings, from sermons to letters to world leaders and celebrities. That collection also contains King's overlooked advice column, "Advice for Living," which ran during the late 1950s in Ebony magazine. A lot of the exchanges contained in them are fascinating because they sound like stuff you might hear in candid conversations about race today: Someone asks King why blacks don't support black-owned businesses; another wonders why black religious leaders aren't more forceful in condemning crime in their communities; a reader wonders why black luminaries take white partners after they become famous. But there are a lot of questions from readers seeking personal advice from King about love, sex and marriage.

Surely King might give some hints of himself in that space, right?

Alas, even here, King keeps a certain chilly distance. His prose can be almost distractingly florid, and in a lot of cases he seems more concerned with moral principle than with practicality.

And if we're keeping it completely real here: Some of his advice is just really bad.

One reader asks King what she should do about her adulterous husband who is having an affair with a woman who lives nearby; King asks her whether she could be doing something differently to keep him from straying.

"In the meantime, since the other person is so near you might study her and see what she does for your husband that you might not be doing," King writes. "Do you spend too much time with the children and the house and not pay attention to him? Are you careful with your grooming? Do you nag? Do you make him feel important ... like somebody? This process of introspection might help you to hit upon the things that are responsible for your husband's other affair."

Another writes that her young child was killed in a car accident that left her with lingering injuries and her husband hospitalized for months. "I worry and I am lonely and I have fears," the woman writes. "Please help me. I am 28."

King's response? Maybe you should get over yourself.

"Lonesomeness and fearfulness almost always stem from an over absorption in self," he says to her. "When one thinks only about his problems and misfortunes he cannot help living in fear and worry. First, you must rise above your misfortune enough to see that it is not so bad that it couldn't be worse. Second, you must find proper avenues of escape from self pity. Cultivate a love for great music. Give yourself to some purpose or cause beyond yourself."

He tells her to find comfort in her friends and faith, which obviously can be tremendously helpful, but not before he thoroughly dismisses her grief. My colleague Linda Holmes recently wrote that any advice columnist worth her salt must occasionally explain to a reader that he might be the problem; King was obviously a big, big fan of this approach.

To be fair, he was a preacher, and this was the 1950s, and he was the face of a movement that had to appear morally unimpeachable to win over public support. "In addition to proffering guidance on everything from marital strife to institutional racism, King's column was notable for what it symbolized: the mainstreaming of the black experience," Anna Holmes wrote in the Washington Post in 2011. Respectability was a big part of that mainstreaming.

The columns are available for reading at Stanford's King Papers Project, which contains a wealth of King's writings and correspondence. You should check out these writings, if only out of nosiness. You might even notice some road-testing of some of his most famous words — he advises one Ebony reader that skin color matters less than the content of one's character.

Even if King didn't leave us anything especially juicy in most of this stuff, it gives us a sense of him as a living, breathing and uncommonly intense person of his time. A lot of his answers and opinions are dated, which makes you wonder how or whether many of them would have changed had he lived longer.

And there's something humanizing about the experience of reading King, who in death has become a hero shorn of most of his controversial contours, and disagreeing with him — not even in grand terms but just because his opinions might be kind of annoying. On the occasion of his holiday, we should consider the fullness of him as a person with ordinary myopias, and not simply as an ideal or an idea. He's certainly worthy of it.