Accessibility links
Missing Out: On The Uses Of Dissatisfaction Writer and psychoanalyst Adam Phillips explores the paradox of dissatisfaction: Although not getting what we want may cause us pain, Phillips concedes, we should think of frustration as a natural part of existence, and one that can provide us pleasure if we let it.

Missing Out: On The Uses Of Dissatisfaction

Missing Out: On The Uses Of Dissatisfaction 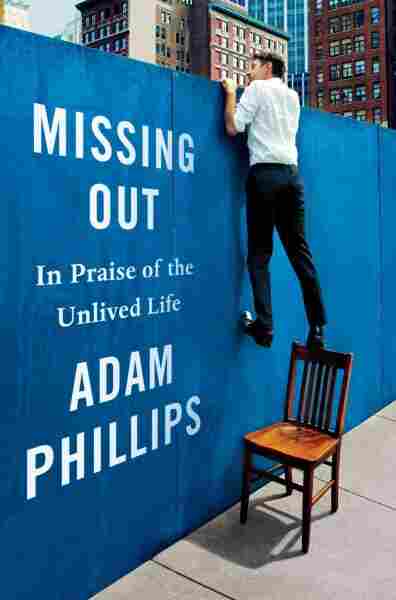 In Praise of the Unlived Life

From Malcolm Gladwell to the Freakonomics guys to (discredited) science writer Jonah Lehrer, writers these past few years have flooded bookstores with popular nonfiction titles that purport to tell us how we think. But something has been lost amid the recent vogue for cognitive science and behavioral economics. What about the human part of human behavior — the dreams and desires that set us apart from animals and computers? Are we just assemblages of neurons and chemicals?

Adam Phillips, a prolific British writer and psychoanalyst, is one of the few prominent voices in the social sciences who defends a more abstract, mysterious human mind against the certainties of biology and cognitive science. In previous books he has wrestled with the virtues of monogamy, with the meaning of promises and with the fate of kindness in the modern world.

In Missing Out, his slightly messy but deeply humane new book, he turns to dissatisfaction: How do we cope with not having what we desire, or not being who we want to be? Although dissatisfaction may cause us pain, Phillips concedes, we shouldn't think of it as a weakness to be overcome. It's a natural part of human existence, and one that can ultimately provide us pleasure if we let it. "We may need to think of ourselves as always living a double life," Phillips writes, "the one we wish for and the one that we practice; the one that never happens and the one that keeps happening."

In a series of five essays, on themes ranging from the uses of frustration to the pleasures of misunderstanding, he shows us how to negotiate the tension between who we are and what we crave. (A sixth essay, on madness in the theater, is listed as an "appendix" but has almost nothing to do with the remainder of the book; perhaps it's here to pad out a publication of under 200 pages.) For citizens of the U.S. and other rich nations, "affluence has allowed more people than ever before to think of their lives in terms of choices and options." And modern media have rendered these other possible lives tantalizingly visible. That should and can be a source of pleasure, but it also wears us down.

Our desires exceed our abilities to satisfy them. That's just life. Yet too often we berate ourselves for not fulfilling our fantasies. Phillips argues that, contrary to the old Freudian tradition that adults have to moderate their desires and come to terms with disappointment, we should embrace frustration as a window into our true selves. Of course some frustrations are unhealthy. (I'm never going to be a tennis pro or a ballet dancer, and it's high time I accept it.) Just as often, though, dissatisfaction teaches us what we really want. We dream of a perfect meal or perfect vacation or perfect lover, only to find that the real world disappoints. But disappointment allows us to learn from experience, to think about our desires, and eventually to find satisfaction in something between what we desire and what we get. "We prefer our satisfactions without their requisite frustrations," he writes, but "it is only from our sense of frustration that we get a clue about the possibilities of satisfaction." Adam Phillips is a psychoanalyst whose previous books include Going Sane and Side Effects. Jerry Bauer/Farrar, Straus and Giroux hide caption Adam Phillips is a psychoanalyst whose previous books include Going Sane and Side Effects.

Although Phillips is a practicing child psychologist, he doesn't rely on case studies to make his arguments. In most of Missing Out, he sounds much more like a literary critic than a shrink, drawing examples from novelists like Graham Greene, from poets like John Ashbery or Philip Larkin and, in particular, from Shakespeare. He spends pages dissecting King Lear and even more time on Othello, a play that's all about how people react when they want something they can't have. Othello himself, with his self-destructive need for certainty about his wife's fidelity, is Phillips' ultimate tragic hero. (As a psychoanalyst, Phillips' bardolatry is understandable; according to the literary critic Harold Bloom, whom Phillips cites in this book, Freud was just "a prose version of Shakespeare.")

For readers of a more scientific bent, Phillips' frequent appeals to literature may seem out of place. His style, too — full of head-scratching paradoxes and qualified propositions (couched in phrases like "we might wonder" or "we might even say") — can sometimes be so fluid that it's difficult to pin down exactly what the writer believes. Yet Missing Out isn't supposed to be a scientific treatise on the architecture of the brain. It's a meditation on who we are that forgoes easy answers in favor of better questions. Because Phillips believes that, for imperfect, desiring creatures like us, the easy answers may be the most harmful ones. To avoid slipping into anger or revenge, he concludes, "We need ... to have better — more interesting, more enlivening, more satisfying — conversations about our frustrations." His book is a very good place to start.

Read an excerpt of Missing Out