Accessibility links
Disney, Debauchery Are Big Hits At Sundance Melissa Block talks with Steven Zeitchik, arts and entertainment writer for the Los Angeles Times, about the Sundance Film Festival. They discuss the buzz-worthy movies and emerging trends from this year's festival. 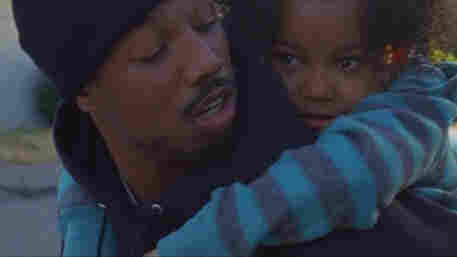 Sundance, the biggest American film festival, has been known for its off-kilter picks. Steven Zeitchik, arts and entertainment writer for the Los Angeles Times, tells NPR's Melissa Block that this year's gathering in Park City, Utah, is no different.

A brewing controversy over Utah state funds that help support the Sundance Film Festival has focused on the sexual content of many of the presented films. Zeitchik says there's plenty for festival critics to talk about.

"There is really no shortage of films that deal with all manner of taboo here," Zeitchik says.

Those films include the porn-addiction comedy Don Jon's Addiction, from first-time director and screenwriter Joseph Gordon-Levitt; the raunchy Two Mothers, in which two women sleep with each other's sons; and the student-teacher relationship at the heart of A Teacher.

"If you look around this festival you'd think we were living in a pretty debaucherous time," Zeitchik says. "Certainly a time more interesting than one most of us are familiar with in our daily lives." 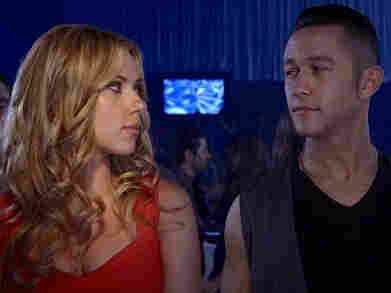 Another trend at this year's festival is the strong showing from female directors. In the U.S. Dramatic Competition, eight of the 16 films are from women.

Among the films in that category is actress Lake Bell's directorial debut, In a World, which focuses on a low-level voice-over actress.

But women are behind all manner of films in this year's festival, which is a positive point for filmmaking overall, Zeitchik says.

"I think that's a good and notable trend," he says.

Disney has been making a big impression in this year's festival, but not in the way the entertainment giant might like.

Escape From Tomorrow, a scripted feature from first-time director Randy Moore, was shot on location at Disneyland and Disney World — without permission.

"This is one of the most unusual and provocative films I've ever seen in all my years coming to Sundance," Zeitchik says. "Randy Moore snuck in, guerrilla-style, [with] these very small cameras and would have his actors ... moving around the park, often very far away from him because he didn't want to look like he was shooting a movie. ... And he would kind of, on his iPhone, tell them where to go and direct them, and they would be running around amid not extras, but everyday tourists at the park. And it's really something. It's completely guerrilla-style. And it's something I've never seen before."

But if the film is generating buzz in Park City, it's also facing an uncertain future.

"Every distributor I've talked to has said, 'Look, we're interested in this film, it's a provocative film, it's gotten a lot of media attention — but can we release the thing?' " Zeitchik says. "Even if there are some clauses that indemnify them [in a distribution deal], they're still going to be bracing for a big legal fight, an expensive legal fight. ... So this may be a film that lives on in a kind of underground, mixtape, pirate website kind of way, but we may never see it in theaters."

A trio of other films that caught Zeitchik's eye run the gamut of cinematic possibility.

Richard Linklater's Before Midnight, the third film in the romantic franchise that began with 1995's Before Sunrise, showcases strong writing and solid performances from stars Ethan Hawke and Julie Delphy.

First-time director Ryan Coogler's Fruitvale, meanwhile, focuses on the fatal 2009 shooting of an unarmed 22-year-old, Oscar Grant, by a Bay Area transit policeman; the killing was captured on cellphone video and drew national attention. The drama will be released by the Weinstein Co.

"I would say it seeks to do for the economy what An Inconvenient Truth did for the environment," Zeitchik says. "I think it makes some of these very esoteric issues very accessible to those of us who don't follow them on a daily basis."