Accessibility links
U.S. Military Seeks Its Role In Troubled North Africa The U.S. Africa Command, designed to strengthen defense relationships in Africa, is still trying to define its mission. African states have been wary, while the State Department and aid groups also express concerns. But growing conflicts in the region may soon put AFRICOM to the test. 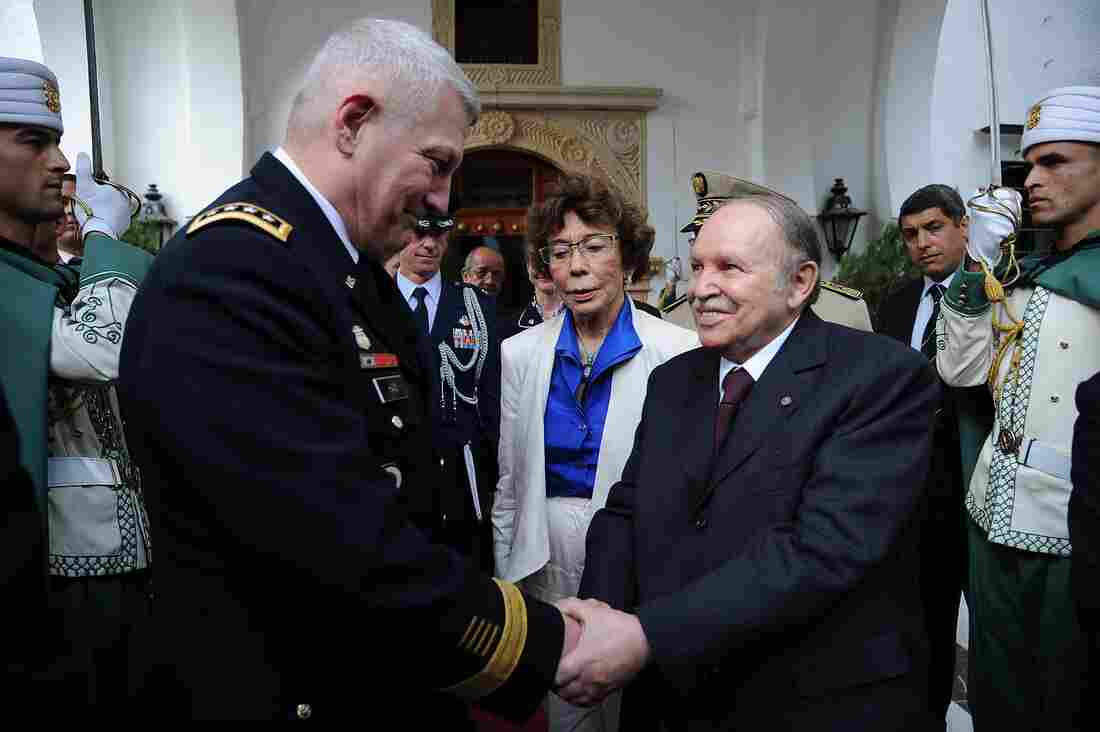 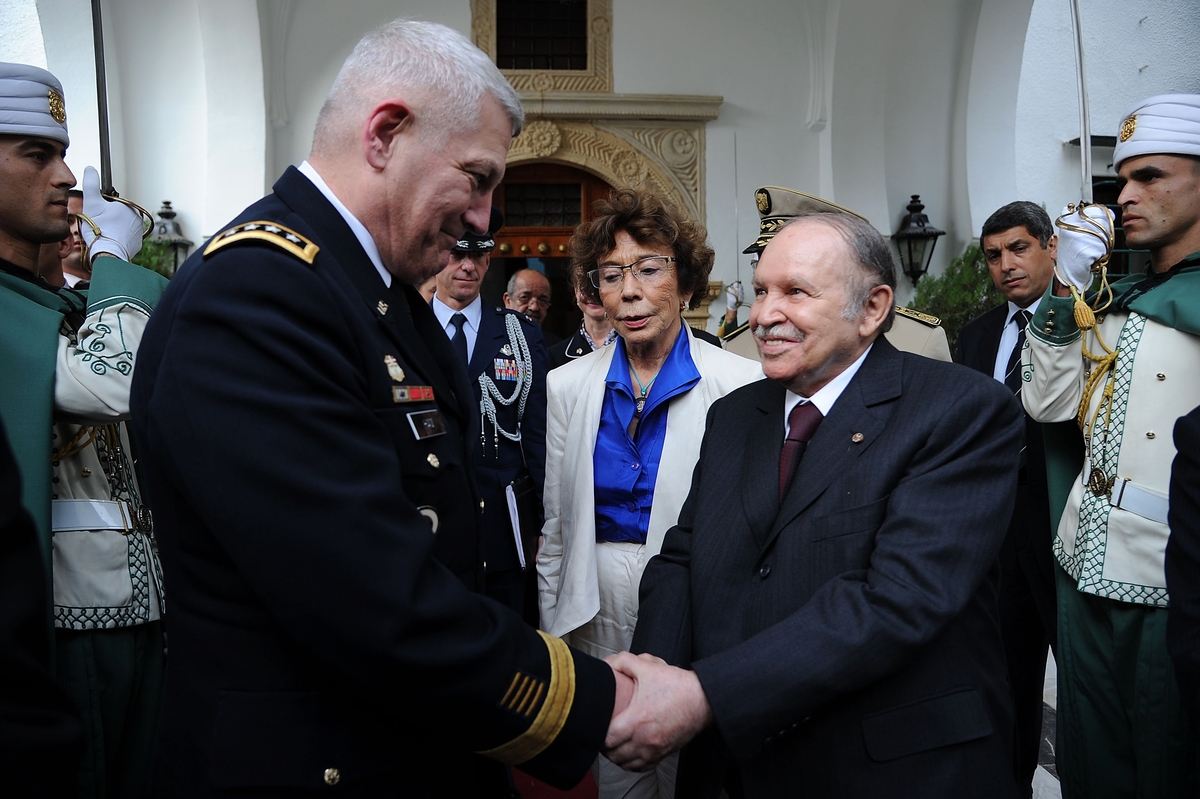 Gen. Carter Ham, who heads the U.S. Africa Command, meets with Algerian President Abdelaziz Bouteflika last September. Amid upheaval in the region, AFRICOM is still attempting to define its mission.

The recent crises in northern Africa, from Libya to Mali to Algeria, have raised a host of questions about the role of the American military command responsible for the entire continent.

Founded in 2007, the United States Africa Command, or AFRICOM, was created to train African militaries so U.S. troops would not be called upon in times of crisis.

But the command was controversial from day one. When President George W. Bush visited Ghana in 2008, the command was barely up and running. During that visit, Ghanaian President John Kufuor told Bush bluntly that he would not allow the U.S. to build bases in Ghana.

Bush attempted to quell the concern, but the U.S. received a similar reception elsewhere in Africa. Ultimately, the Africa Command headquarters ended up in Stuttgart, Germany.

"The U.S. Africa Command had sort of a messy birth," says Richard Downie, deputy director of the Africa program at the Center for Strategic and International Studies. "African leaders weren't exactly lining up to volunteer their territory for AFRICOM."

Many Africans "rightly have long memories of colonialism on their continent, which was so brutal in the way it was applied," Downie says. "[They are] very, very sensitive to anything that smacks of neo-colonialism."

And African governments weren't the only ones concerned about the endeavor. State Department officials complained that the new AFRICOM would militarize foreign policy in Africa, while aid groups worried their work would be confused with U.S. military activities.

So now, it has fallen to Gen. Carter Ham — the second officer to run AFRICOM — to explain its role.

"We think our best efforts are when we are supporting and enabling African nations and African regional organizations to achieve their ends," Ham said in Washington in December. "That often gets condensed into the short hand, 'African solutions to African problems.' "

African leaders tell the U.S. military that real African problems aren't about war and conflict, but poverty, food shortages and a lack of education. 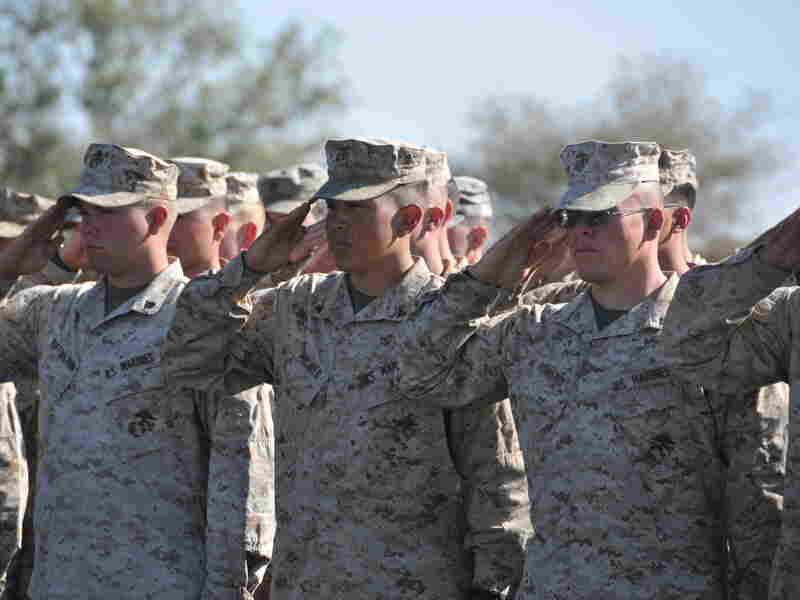 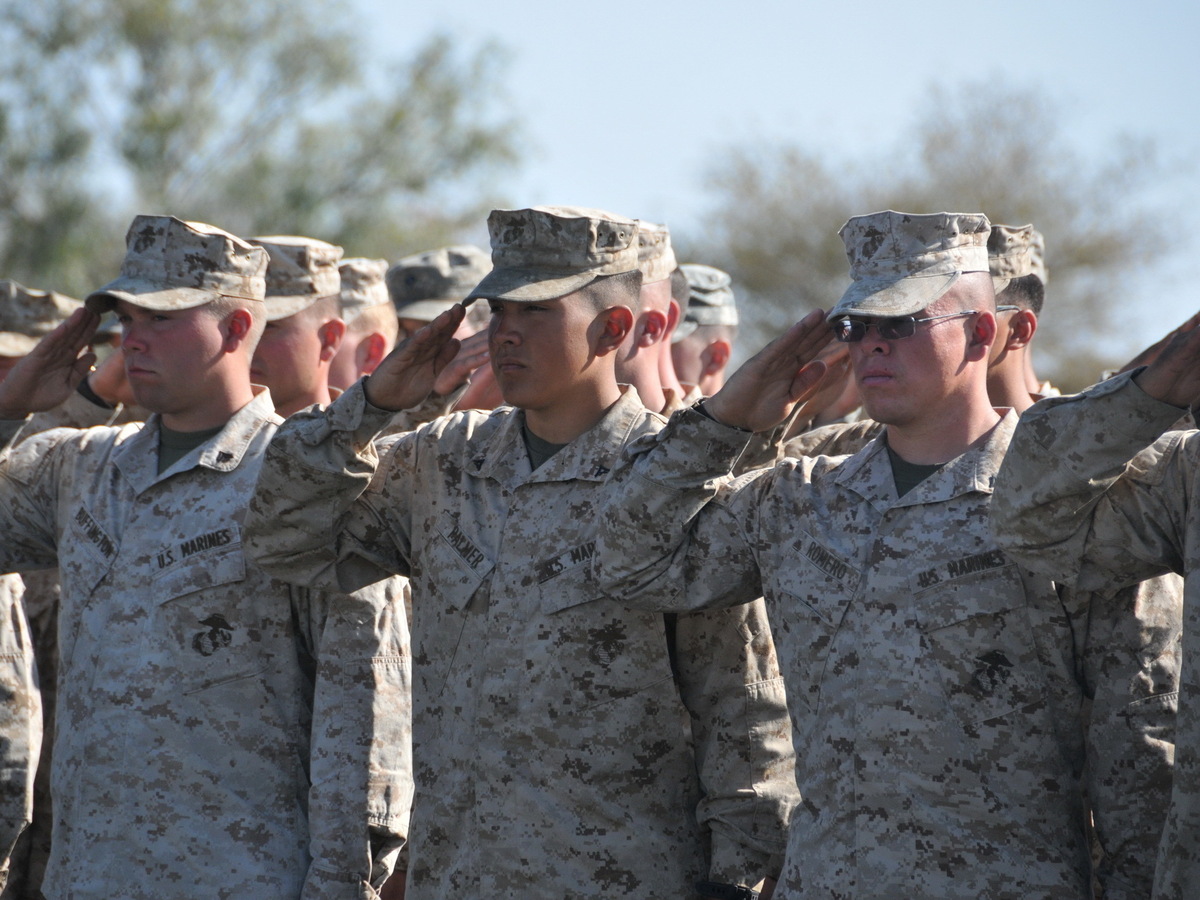 U.S. soldiers at the closing ceremony for a two-week joint military training exercise with the Botswana Defense Force. The U.S. Africa Command was created, in part, to help train African military forces before crises begin.

To do that, the military is employing what it calls "Phase Zero," which means training and equipping African militaries before a crisis begins. That way, the theory goes, the Africans can handle problems — meaning the U.S. won't need to send in combat troops.

The idea, says Peter Pham, an Africa analyst who serves on AFRICOM's senior advisory board, is that by engaging "African governments and militaries, there would be fewer calls for U.S. intervention when the conflicts broke out into serious conflagrations."

But that approach doesn't always work, says Michael Brenner, who teaches international relations at the University of Texas, Austin. In Mali, for example, some American-trained troops joined the rebels, Brenner notes.

He says that's because the U.S. fails to understand local political dynamics, Brenner says. "And we're not doing the job we're supposed to be doing," he adds, meaning the U.S. can be left "blundering into" countries and conflicts.

The situation in Mali, a former French colony, has deteriorated so much that France has sent warplanes and troops to fight the rebels there, because Mali's government troops haven't been able to respond effectively.

The U.S. helped France with cargo aircraft, and could also provide refueling planes and surveillance equipment.

"The U.S. is in a tricky position now," says Africa analyst Richard Downie. "It wants to support the French, its ally in Africa, in defeating these Islamist terrorist groups in Mali."

But at the same time, he says, it also "wants to stick to its formula — its Phase Zero formula — and its core mandate, which is training, equipping and professionalizing African militaries."

Meaning the U.S. Africa Command may ultimately end up in tricky positions not just in Mali, but across Africa. It wants to focus on training — but may well find itself drawn into conflict.