Accessibility links
Home Video Review: 'Buster Keaton: The Ultimate Collection' Buster Keaton, the great genius of silent comedy, gets celebrated in a 14-disc box set that contains all of his classic silent comedies as well as a raft of shorts and extras. 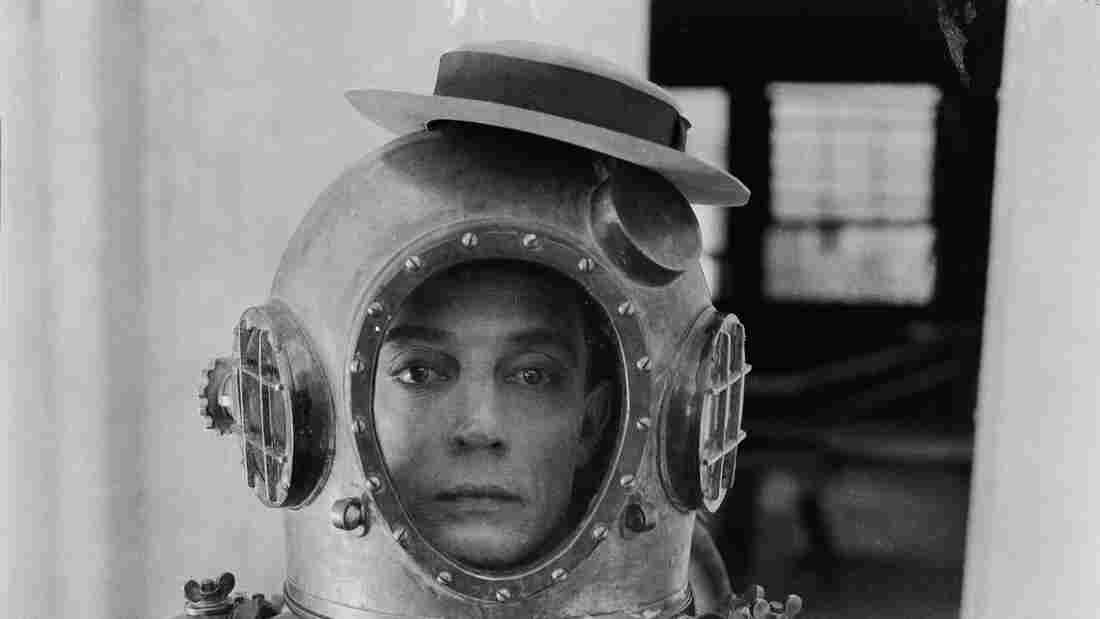 Silent film had three great clowns. Charlie Chaplin's Little Tramp is the one everyone remembers; all-American daredevil Harold Lloyd is the one who made the most money; and Buster Keaton was the genius.

Keaton, known as The Great Stone Face because he never smiled, figured out early how to manipulate this new medium of film — how to use its flatness and silence for sight gags that would astonish even other filmmakers.

While his peers were slipping on banana peels, he'd leap through windows that always seemed to line up uncannily with something unexpected in the street. And when he whacked a grizzly bear over the head with a rifle, it was apt to shoot between his legs on impact — and kill a second grizzly that he hadn't realized was behind him. 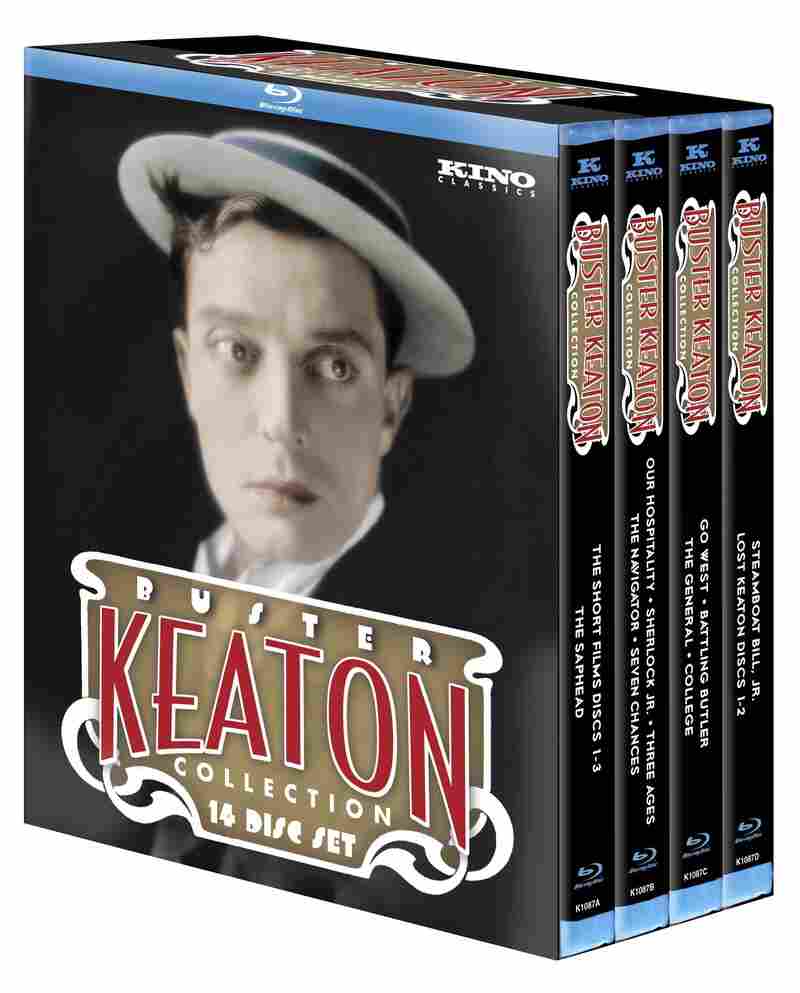 In real life, when Keaton was still just a toddler, a cyclone plucked him from a hotel window and, to the astonishment of his parents, deposited him unhurt three blocks away. That may be why his gags on screen so often incorporate a disinterested but strangely cooperative universe — one that sends a hurricane to blow down the whole front wall of a building on top of him, for instance, but provides for one small open window on an upper floor so he can emerge unscathed.

In Steamboat Bill Jr., Keaton wanted that collapse to look real, so he had the wall built of brick and mortar, which made the stunt so dangerous that even the guy cranking the camera turned his eyes away when they filmed it.

The coming of sound and the interference of producers who thought they knew comedy better than he did all but killed Keaton's career when he was barely in his 30s — but not before he'd made his great civil-war classic The General, and Sherlock Jr., in which he plays a projectionist who climbs up on the movie screen to give audiences a brilliantly funny lesson in film grammar. Also the nine other feature-length comedies in this Ultimate Buster Keaton Collection.

The box set, from Kino Classics, includes all of his independently produced features, all of the silent shorts he starred in, five hours of seldom-seen two-reel sound comedies he made in the 1930s, and even rare audio of the great clown clowning around and remembering his childhood in vaudeville.

The set's Blu-ray pressings are high-def but not pristine, taken from the best copies that remain of films Keaton made almost a century ago. Not included here: his two MGM comedies, Spite Marriage and The Cameraman.

But Kino's 14 discs of preserved Buster Keaton make up a treasure trove of silent comedy that, even in a digital age, will prompt a joyful noise from anyone who watches.