The Hard-Earned Liberty Of 'Happy People'

The Hard-Earned Liberty Of 'Happy People' 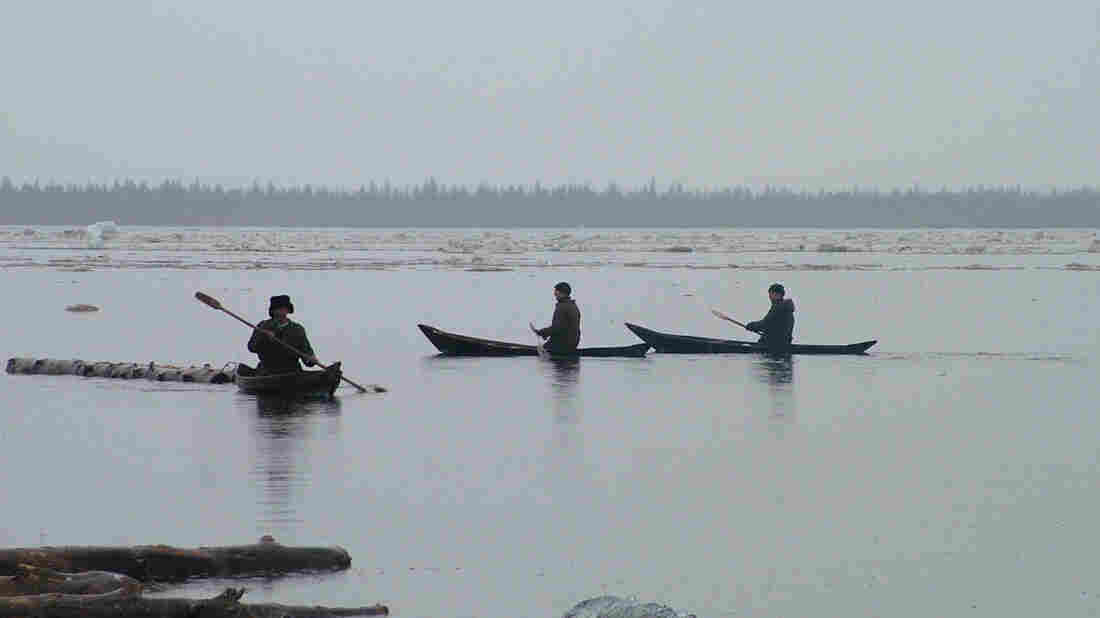 The simple, rough-edged lives of the Russian villagers in Werner Herzog's documentary Happy People: A Year in the Taiga make for a rhythmic study of ancient natural harmonies. Music Box Films hide caption

Happy People: A Year in the Taiga

In Russian and English, with subtitles

It's midway through Burden of Dreams, the superb documentary about the making of his glorious 1982 fiasco Fitzcarraldo, and iconoclastic director Werner Herzog has had enough.

His dream project, about a Peruvian rubber baron who tries to build an opera house in the middle of the jungle, has been beset by false starts, delays and tragedies — most notoriously his attempt to drag a steamboat up a muddy hill using a primitive pulley system. Musing about nature, which has doubled as inspiration and villain throughout his career, Herzog rejects the notion that the jungle is in any way a lush and harmonious place.

"It is the harmony," he says, "of overwhelming and collective murder."

Thirty years later, Herzog hasn't entirely softened. The same year that March of the Penguins suggested that penguins share humanlike qualities of love and devotion, Herzog made Grizzly Man, a film that shows how anthropomorphizing wild animals can have deadly consequences.

Yet recently, with documentaries like Encounters at the End of the World and the new Happy People: A Year in the Taiga, Herzog's man-vs.-nature theme has undergone some modification. His feelings about the essential pitilessness of nature haven't changed — Encounters features a lone penguin waddling off to his doom, a barely veiled shot at March of the Penguins — but those who understand harsh climes and embrace them also win his fascination and respect.

Herzog traveled to Antarctica for the vignettes that make up Encounters at the End of the World, but for Happy People, he didn't have to leave the cozy confines of his editing suite. Originally a four-hour, made-for-TV documentary about Siberian fur trappers, Dmitry Vasyukov's film has been repurposed by Herzog into an inspired 94-minute rumination on the hardships and liberties of a remote culture. There's true harmony in this place, because its inhabitants are attuned to ancient rhythms — and are skilled at improvisation.

The village of Bahktia, home to about 300 people, lies in the heart of the Siberian Taiga, so far from civilization that it can only be accessed by boat or helicopter (and even then, only during warmer seasons). Though Happy People spends some time in Bahktia, taking in various rituals and crafts, it primarily follows a grizzled fur trapper as he — along with a dog that serves as crucial partner and companion — plies his trade during the brutal winter months. Bears are the greatest threat to his life and livelihood, stalking his outposts so incessantly that he tacks disposable squares of plastic on the windows, which get pawed and clawed so often it's not worth replacing the glass.

With Herzog serving as narrator, Vasyukov's camera focuses on techniques and traditions that have passed from trapper to trapper through many generations. The most compelling sequences in Happy People simply observe the trapper in action, whether fashioning a pair of reliable skis out of a log — a busted ski could be the difference between life and death in the Siberian wilderness — or springing a sable trap out of tree-carvings and moss. Though his ancestors never had access to a snowmobile, little else about his trade has fundamentally changed.

In cutting four hours down to just over 90 minutes, Herzog can present only a sketchy, incomplete portrait of Bahktia, enough to raise issues like the plague of alcoholism among its indigenous peoples without following through on them. Even so, Vasyukov's footage of a traditional Christmas celebration or of a politician campaigning in the area for the first time in years give Herzog rich opportunities to comment on village tradition and its wariness of outsiders. 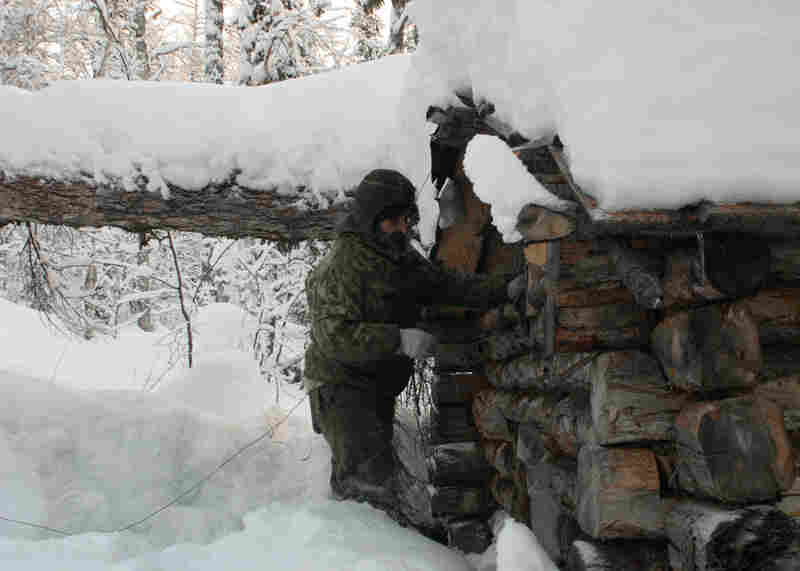 The villagers in the Siberian hamlet of Bahktia live far removed from traditional society, leading them with a looser, rawer life. Music Box Films hide caption 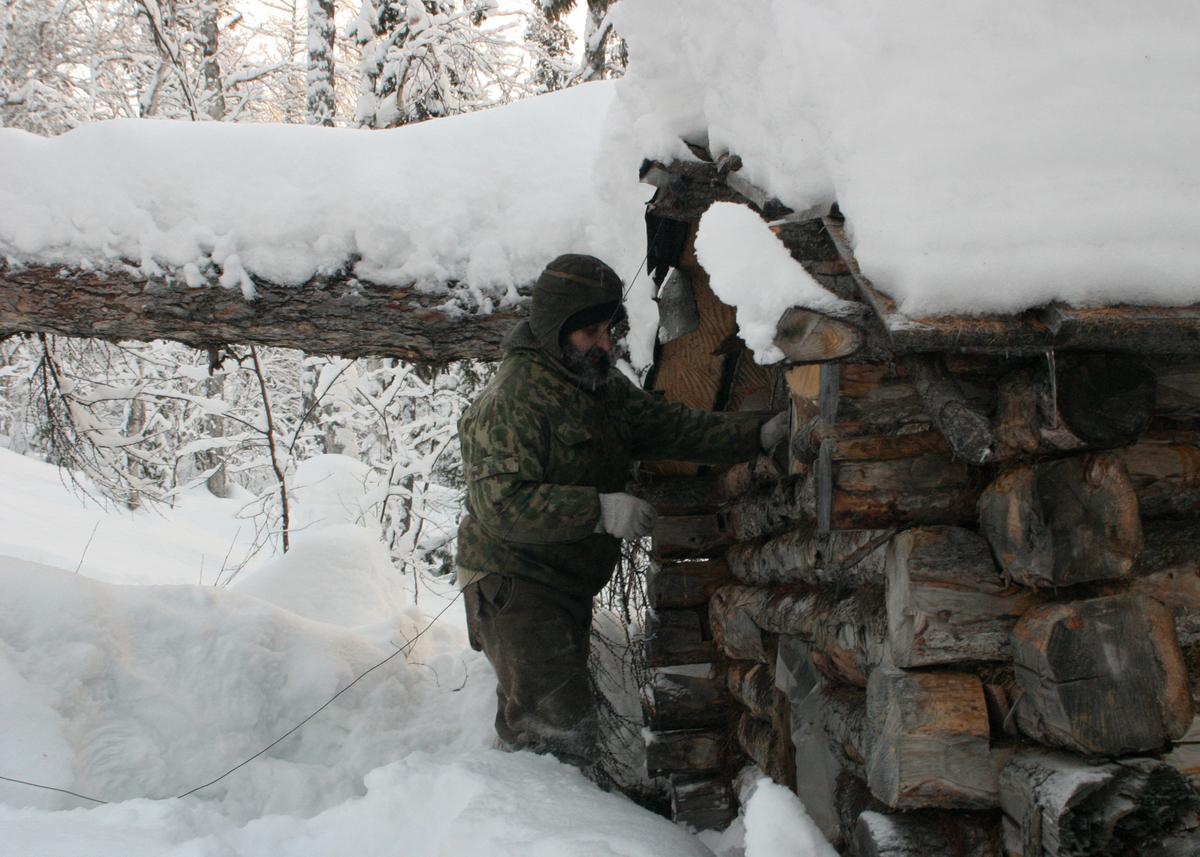 The villagers in the Siberian hamlet of Bahktia live far removed from traditional society, leading them with a looser, rawer life.

At bottom, though, Happy People celebrates the hard-won freedoms that living in the Taiga offers those who are willing to confront its challenges. There are few places on the planet where the strictures of society don't apply, and the trade-off for fending off bears and minus-50-degree weather is the opportunity to lead a pure, solitary life. It's not the life for many, but Herzog doesn't mean the title ironically. (Recommended)