Accessibility links
Movie Review - 'Knife Fight' - Half-Baked Political Satire, With No More Edge Than A Spork There are brief moments of political zen in the campaign-consultant satire Knife Fight, but the film mostly falls victim to its own brand of shallow, delusional spin.

A Political 'Knife Fight' With All The Edge Of A Spork

A Political 'Knife Fight' With All The Edge Of A Spork 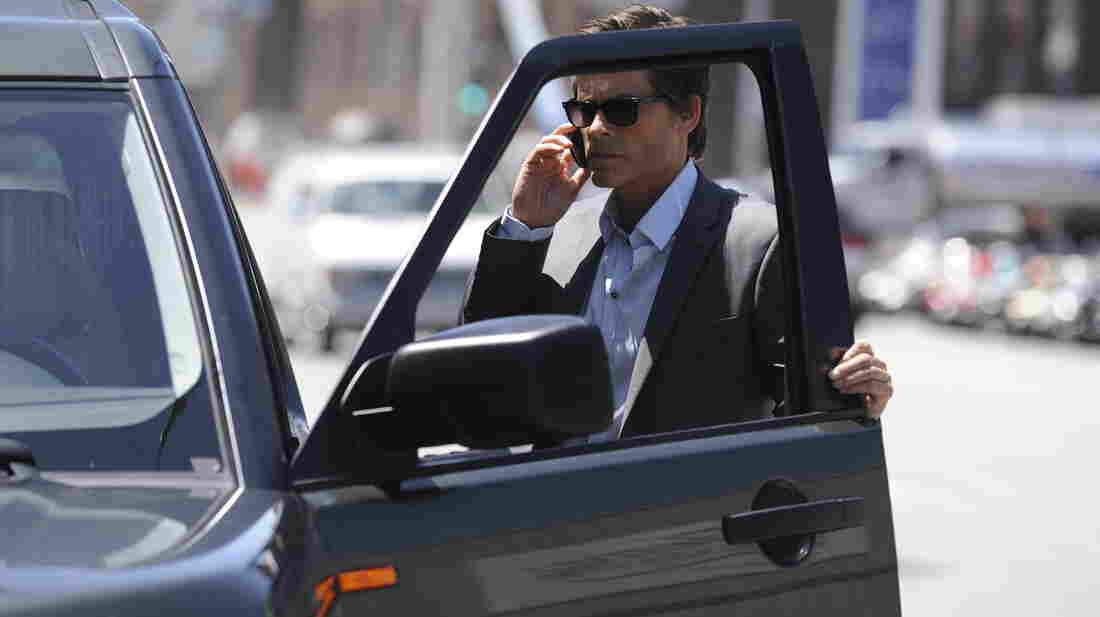 Political consultant Paul Turner (Rob Lowe) may be "the master of disaster," but the campaign satire Knife Fight doesn't give him much of an edge. IFC Films hide caption

Framed for television and photographed in faded panels of astonishing blahness, Knife Fight is a dull political dramedy that ping-pongs between caustic misanthropy and soapy sentiment. Playing like a mashup of tropes from far superior small- and large-screen entertainments (Scandal, House of Lies, Ides of March), this clunky feature from Bill Guttentag is satire at its most soft-bellied and toadying.

Relying on hoary setups and speeches that might have seemed fresh decades ago — before audiences had glimpsed the slimy realities of our political process in everything from The War Room to The West Wing — the film feels more tired than topical. At its center is Paul (a perfectly fine Rob Lowe), an oily campaign consultant who relishes his reputation as a "master of disaster." When politicians break, he fixes them.

Paul's current breakages include a smug Kentucky governor (Eric McCormack) and a bland California senator (David Harbour). Both are running for re-election, and both are mired in accusations of extramarital shenanigans. While one fends off a gold-digging masseuse and the other denies involvement with a fragile intern — whose tragic arc will be milked for unearned pathos — Guttentag cuts jaggedly between their storylines with inexcusable clumsiness. 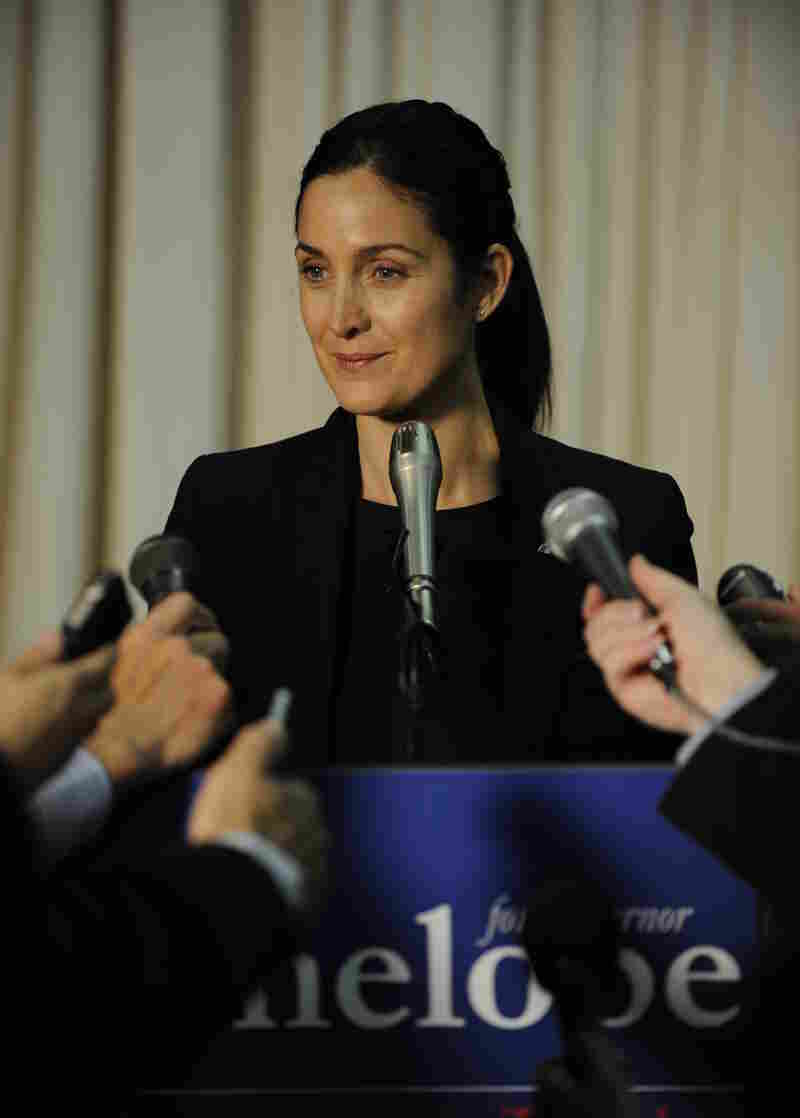 Penelope (Carrie-Ann Moss) is a do-gooder doctor with an eye on the governor's mansion. IFC Films hide caption Penelope (Carrie-Ann Moss) is a do-gooder doctor with an eye on the governor's mansion.

Though seemingly designed to appeal to liberals — the governor's anti-Wall Street platform is emphasized, as is the lesbianism of Paul's Korean-American assistant, Kerstin (Jamie Chung) — Knife Fight avoids partisan stumping. The story (by Guttentag and political consultant Chris Lehane) is too busy lathering itself up over moral choices that someone like Paul would have made peace with long ago.

And when a saintly doctor (Carrie-Anne Moss) decides that toiling selflessly in a poor-folks clinic is excellent training for a gubernatorial bid, and Paul harshly attempts to dissuade her, the film's tonal schism widens to Grand Canyon proportions.

This is a shame, because when Guttentag and Lehane get things right, the results are pleasurably sharp. A series of fake campaign ads peppered throughout are perfectly tuned just a hair over the top, and scenes with West Wing veteran Richard Schiff, playing a grizzled private investigator, are impossible to fault. But not even Schiff can rescue a film so intent on laying claim to both sides of the moral divide.

Are we supposed to be pleased that Kerstin is so moved by the doctor's determination to serve that she willingly risks innocent lives to garner media attention for her candidate? And how do we respond to a screenplay that includes both a high-mindedly complex political wife and a crudely lingering shot of Kerstin's pencil-skirted behind?

Soulless and two-dimensional, Knife Fight is a black hole of disillusion and spin. Unable to decide if Paul deserves our contempt or admiration, the writers turn him into a smooth-talking cipher whose successes are presented as both laudable and deplorable. He's a shark who freezes midbite to ask, "What would Machiavelli do?" even as Kant is tugging at his perfectly tailored sleeve.