Accessibility links
Two Decades On, Vusi Mahlasela Still Sings 'To The People' The South African icon's latest release is a live concert recording of his most powerful songs, which capture the spirit of his country's rise from apartheid to democracy. 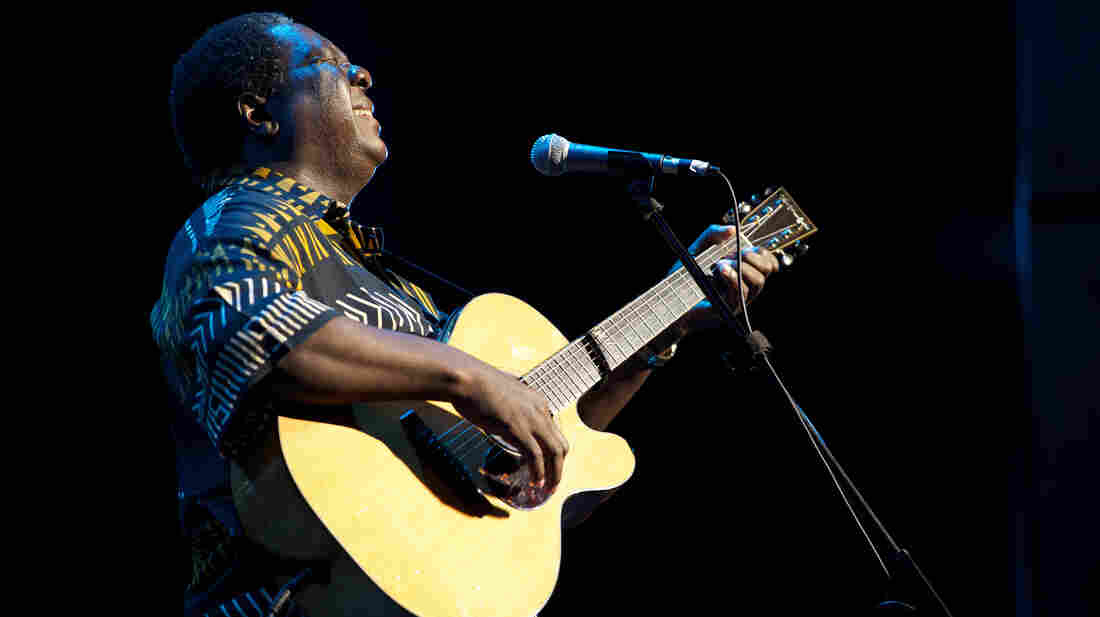 Vusi Mahlasela's new album, a live recording of his 20th-anniversary show in Johannesburg, is titled Sing to the People. Erik Forster /Courtesy of the artist hide caption 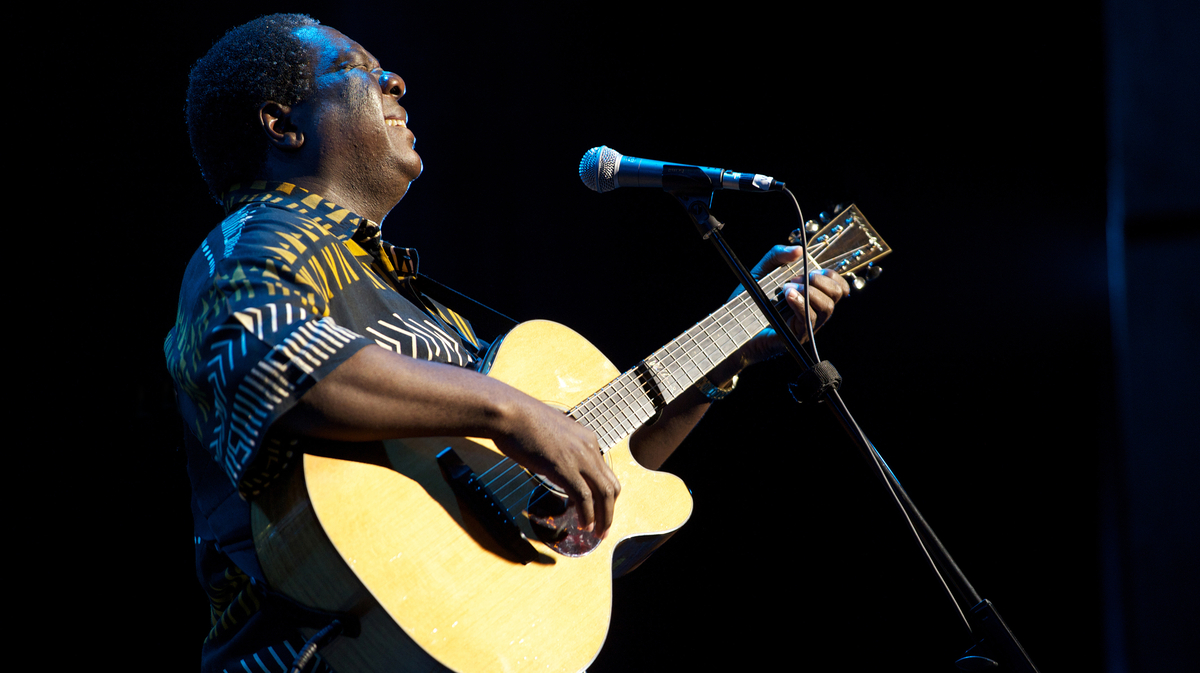 Vusi Mahlasela's new album, a live recording of his 20th-anniversary show in Johannesburg, is titled Sing to the People.

Erik Forster /Courtesy of the artist

"When You Come Back"

South African singer-songwriter Vusi Mahlasela came of age during the 1970s, an era dominated by the violent student uprising in Soweto. From the start, his musical expression has been about love and hope for his country. His songs play as anthems of South Africa's rise from apartheid to democracy and have helped earn him the nickname "The Voice."

Mahlasela's new album, Sing to the People, is a live recording of his 20th-anniversary show in Johannesburg. In this concert retrospective, he reflects on his career, as he performs the songs that made him a musical icon.

"Silang Mabele," for instance, translates as "crushing corn." A metaphor for fighting poverty, it reveals a lot about this globetrotting folk troubadour — his connection to the land, his lyrical musicality and his deep commitment to uplifting Africa.

Mahlasela's compilation is loaded with heartfelt, elegant passion, and the personal weight of his emotion can be overwhelming. But there are moments throughout the set when the singer and his band cut loose, as they do on "Tswang Tswang Tswang," a township romp laden with gospel overtones.

Near the end of his performance, Mahlasela sings the song that first put him on the map in South Africa: "When You Come Back." When it made its debut in 1990, it played as a fanciful dream — a vision of a time when exiles would return to help build the nation.

Today, that message resonates for much of the African continent. Quietly, behind grim headlines, some African economies are on the rise, and Mahlasela isn't alone in urging African exiles to think about coming home. The notion could hardly have a more appealing messenger.