Accessibility links
After 17 Years, Adam Ant Transforms Again The flamboyant artist behind "Goody Two Shoes" and "Stand and Deliver" hasn't been seen in the pop world for close to two decades — but he's been busy all along. 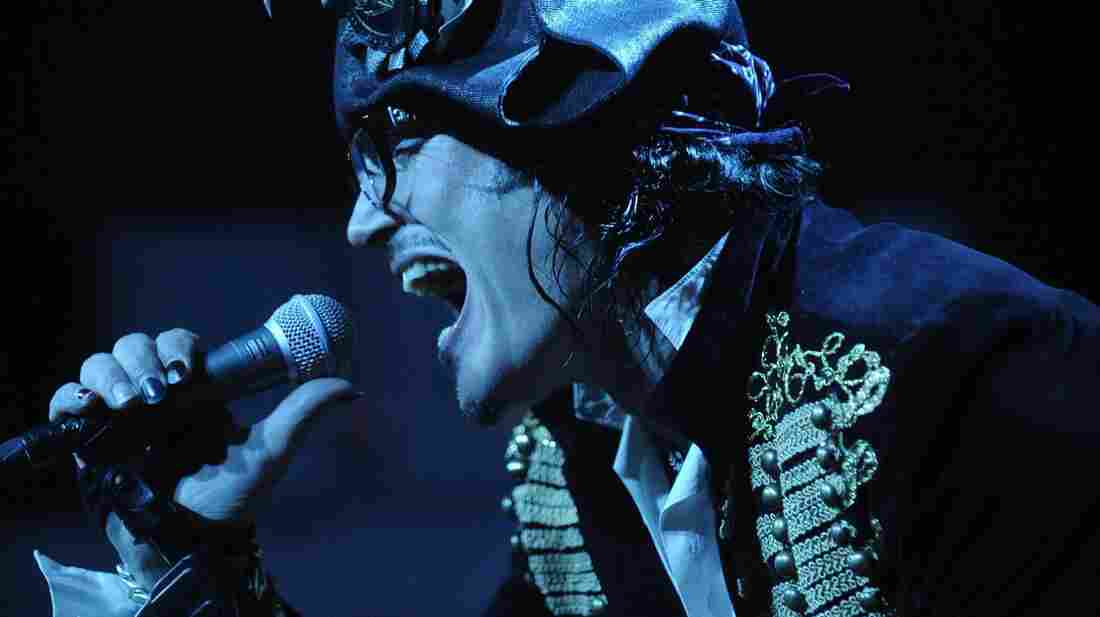 Adam Ant's first album in 17 years, Adam Ant is the Blueblack Hussar in Marrying the Gunner's Daughter, is an ersatz musical memoir. Courtesy of the artist hide caption 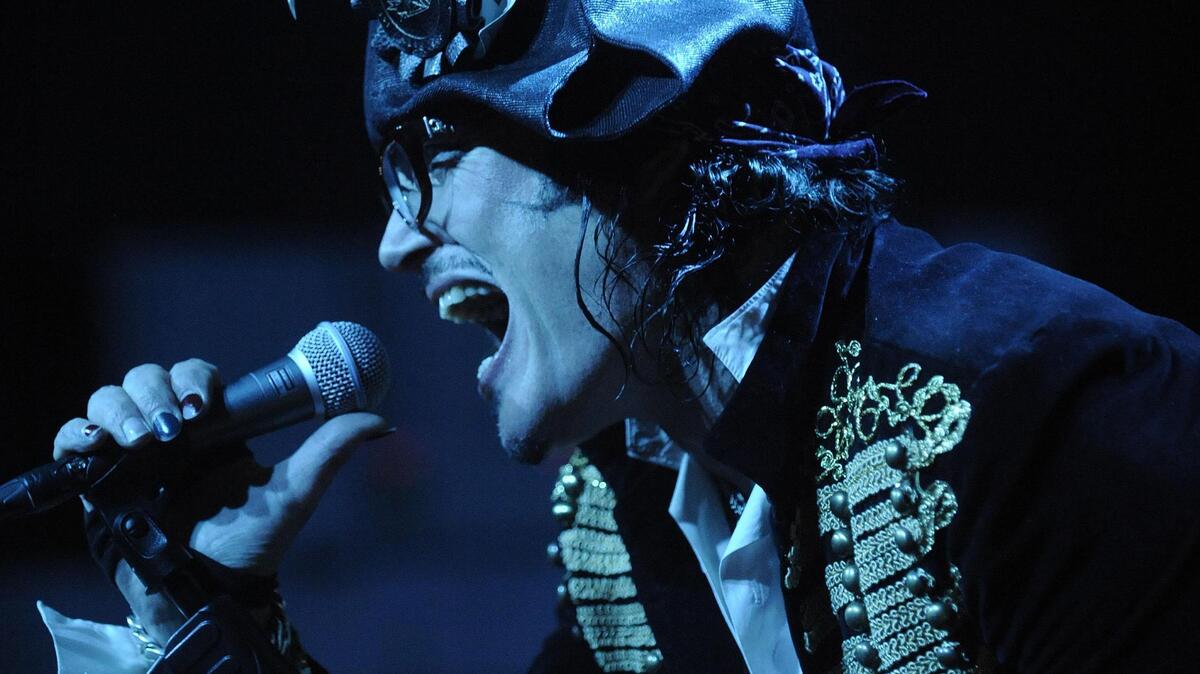 Adam Ant's first album in 17 years, Adam Ant is the Blueblack Hussar in Marrying the Gunner's Daughter, is an ersatz musical memoir.

In his 1980s heyday, Adam Ant was never short on style or quirk, and he reinvented himself constantly. You may remember the performer behind "Goody Two Shoes" and "Stand and Deliver" appearing in bold makeup and swashbuckling pirate gear; the military-style jacket he sometimes wore made an impression on no less a cultural icon than Michael Jackson.

"I did actually receive a phone call from Michael Jackson," Ant says. "I thought it was a joke. I thought it was my drummer, Terry, so I wasn't particularly polite. But it was actually Michael. He basically came out and said, 'Where did you get the jacket from? I'd like to have a look at one.' So I gave him the details, and I think he had one made in white."

Adam Ant has returned to music after a 17-year break, and his newest album is a mouthful. It's called Adam Ant Is the BlueBlack Hussar in Marrying the Gunner's Daughter, and he's adopted a new style worthy of the title. Here he speaks with NPR's Robert Smith about taking time off to be an actor and a parent, storyboarding his own music videos, struggling with bipolar disorder and moving from the U.K. to Los Angeles to rural Tennessee.

On where he's been all these years

"I started in the music business in '77, pretty much doing music solidly until '85. After that time, I got asked to do a Joe Orton play in Manchester at the Royal Exchange Theatre — so there was an opportunity to get involved in this other art form of acting, this other creative avenue. I sort of fell in love with it, so I took about five years out just doing that. ... And then I went to live in Tennessee, where my daughter was conceived. And then I started to get the pangs of wanting to get back into songwriting and performing again, which took about three or four years to put that together. Add that all up, plus being a house dad for about four years — it flew by."

"Well, it's a kind of Napoleonic hat with a sort of, about 1854 British kind of brocade waistcoat that is exactly the same design worn by Lord Byron. It fits in with the cavalry trousers, and then high boots and a tri-color bandana around the middle. And now I'm sporting a sort of mustache and a small goatee. So it's got a kind of slight Victorian feel to it."

On dealing with mental illness

"We don't know enough about the brain at this point in history to, you know, get inside it. One day, hopefully, we'll be much more educated about it, and the medications will be more pinpointed. You have to embrace the medication and try it on the recommendation of your doctor, and be honest and tell him how you feel. Without that, the biggest danger is that people just stop taking it, because they feel OK."