Accessibility links
EU Money Sends Migrants Stuck In Greece Home For years, most undocumented immigrants have been entering the European Union through Greece. They intend to settle in richer countries, but strict border controls and a broken asylum system means they end up not leaving Greece. Many are now turning to an EU-funded repatriation program that will pay their way home. 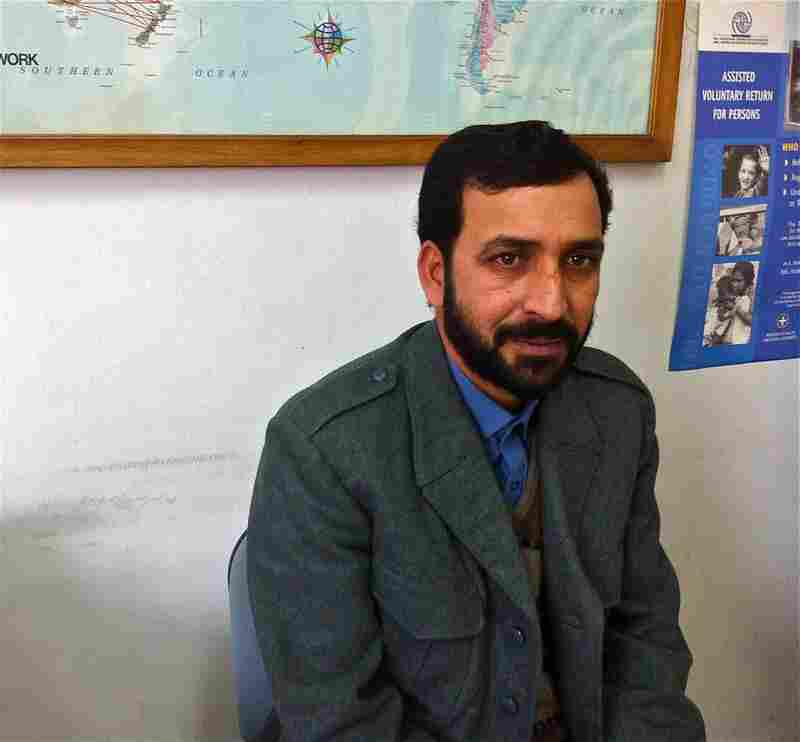 Mohammad Afzaal, a 35-year-old house painter from northeastern Pakistan, has signed up for a voluntary repatriation program run by the International Organization of Migration and financed by the European Commission. Joanna Kakissis/NPR hide caption 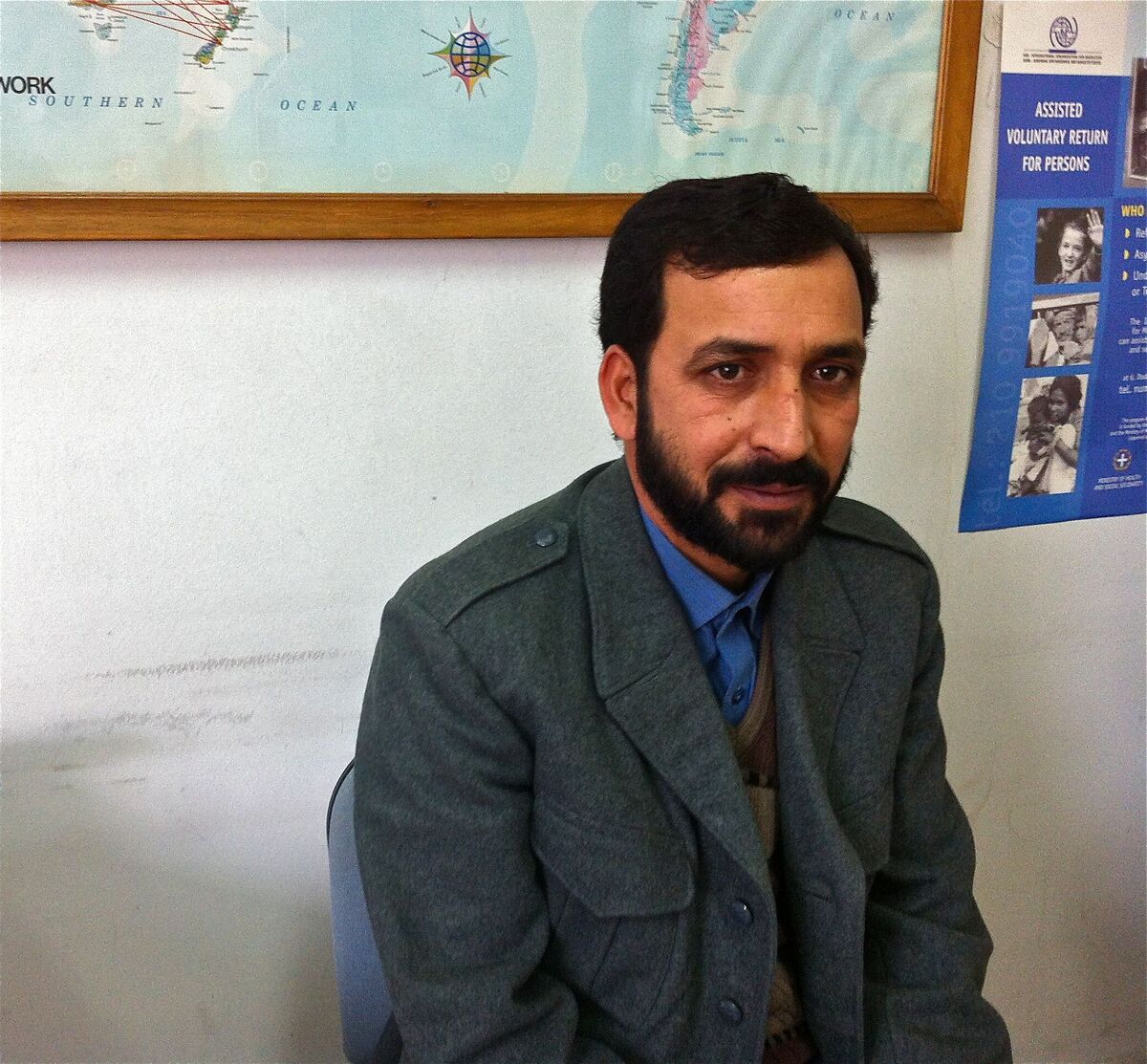 Mohammad Afzaal, a 35-year-old house painter from northeastern Pakistan, has signed up for a voluntary repatriation program run by the International Organization of Migration and financed by the European Commission.

Like many of the estimated 350,000 undocumented migrants living in Greece, Mohammad Afzaal is trapped in a devastated economy.

He slipped into Greece 11 years ago, when he was 24, and found good work in Athens as a house painter. He wired a chunk of his earnings to his family in the northeastern Pakistani city of Gujrat.

He learned Greek and eventually got a temporary work permit. But three years ago, work dried up and his permit expired.

"Now, I only work one or two days a month," he says. "I barely have enough money for my food and cigarettes. I live with five other Pakistanis, and I owe them money."

Money isn't his only problem. As he waited for the bus on a recent winter day, eight men on motorcycles cornered him.

"They asked me, 'Where are you from?' " he says. "When I said Pakistan, they hit me. I could feel the bones breaking in my nose."

He wants to go home — but not deported like a criminal. So he's signing up for a voluntary repatriation program run by the International Organization of Migration and the Greek state. It's subsidized by the European Return Fund.

So far, more than 4,000 people have gone home through the program. Another 10,000 — many from Pakistan and Bangladesh — are on a waiting list, says Daniel Esdras, director of the IOM office in Greece.

Esdras says undocumented migrants must ask themselves if it's worth living in limbo in a devastated economy with a tattered social welfare net.

"Let's face it, we have a humanitarian crisis now in Greece," Esdras says. "This is the only humanitarian program that we can offer to these people."

Those who sign up for repatriation must be cleared by their embassies and Greek police before travel documents are issued. Esdras says he also urges those who are eligible for asylum in Greece, like Afghans, to apply for it, but the government is years behind on processing the huge backlog of refugee applications.

"This is truly a big challenge for Greece," Larsen says. "Once Greece hopefully comes out of the present economic difficulties, migration will be maybe the biggest challenge for this country."

Greece received about 37 million euros — nearly $50 million — from the European Return Fund in 2012 and is also financed through at least the first half of this year.

Learning To Live Together

To get word out about the voluntary repatriation program, IOM is networking with community leaders like Syed Mohammad Jamil, who has lived in Greece since 1970. He runs the Pakistan-Hellenic Society out of a third-floor office above a gritty central Athens street. At least 80,000 Pakistanis live in Greece, he says, and more than 11,000 have registered through his office for repatriation.

He says the program will help the most desperate in his community, but it doesn't address the growing distrust between Greeks and immigrants that's caused a rise in violence.

In an anti-fascist march last weekend, thousands of Greeks and immigrants mourned Shehzad Luqman, a 27-year-old produce vendor from Pakistan who was recently stabbed to death.

In the crowd was Wasim Javed, a mini-market owner from Islamabad who has lived in Athens for 20 years. He marched with his two young sons, both of whom were born in Greece.

"When I see people getting killed like this, even I want to leave," he says. "But it's hard when you've been here for years."

For many Pakistanis, he says, Greece has become home.