Accessibility links
'Anything That Moves': Civilians And The Vietnam War In a new book, Nick Turse says the pressure on U.S. forces to produce a body count during the Vietnam War led to mass civilian deaths. "The idea," he says, "was that the Vietnamese, they weren't really people." 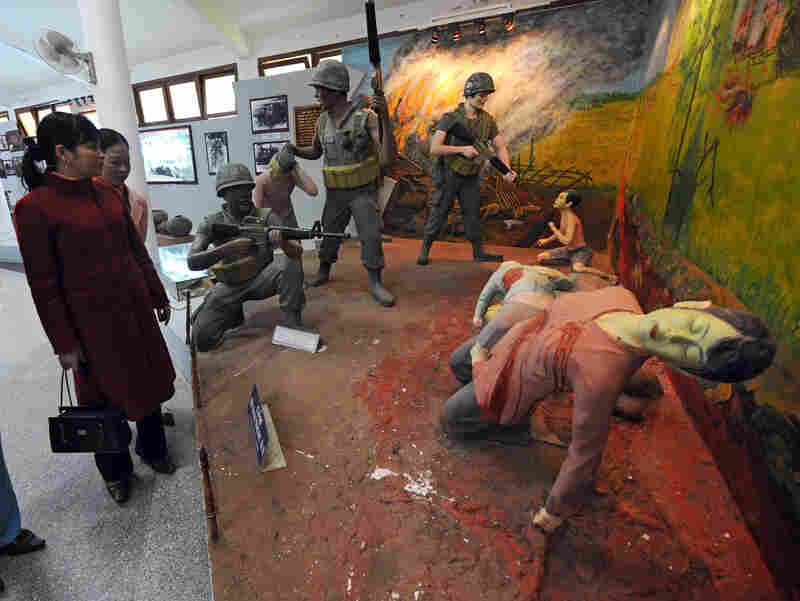 Visitors take in a re-created scene at the massacre museum at Vietnam's My Lai village. Researcher Nick Turse says atrocities of all kinds were more common in the Vietnam War than most Americans believe. Hoang Dinh Nam/AFP/Getty Images hide caption 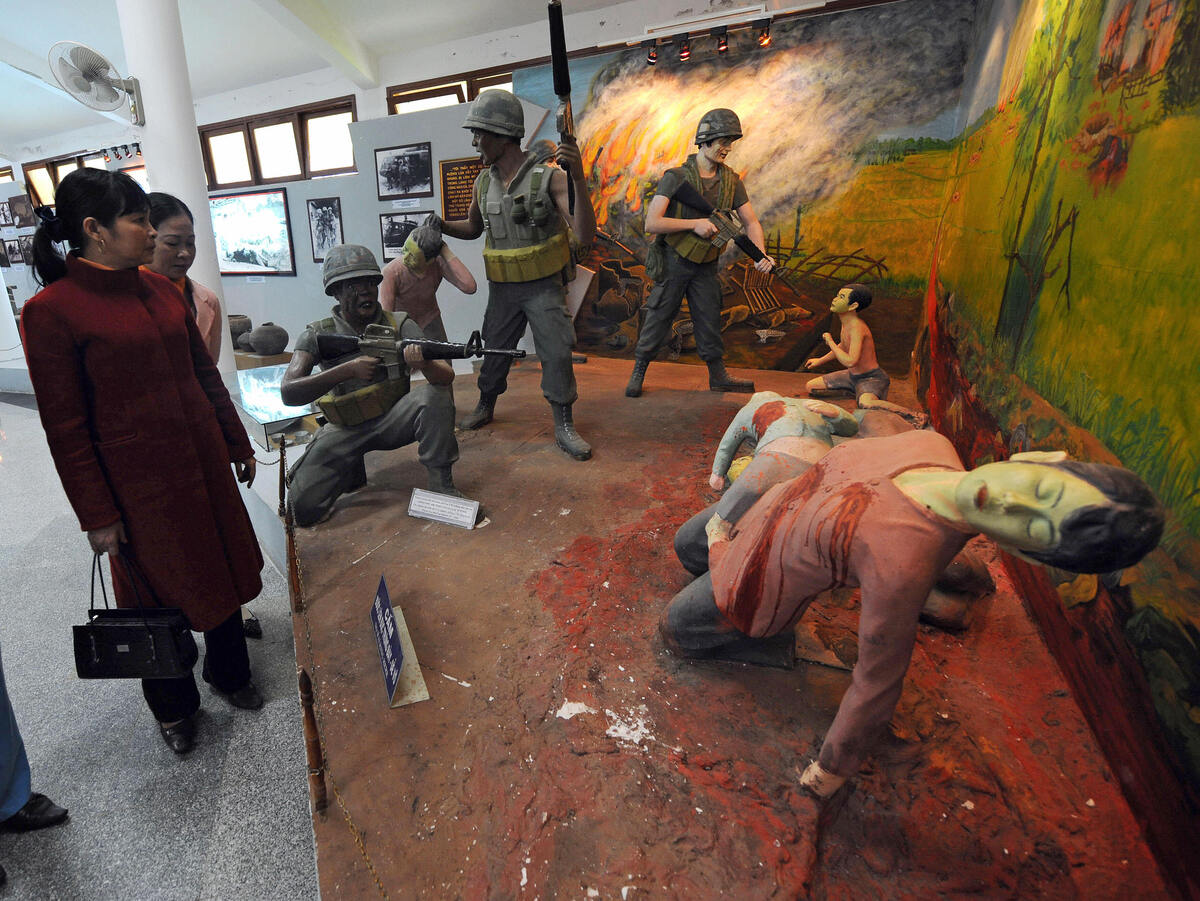 Visitors take in a re-created scene at the massacre museum at Vietnam's My Lai village. Researcher Nick Turse says atrocities of all kinds were more common in the Vietnam War than most Americans believe. 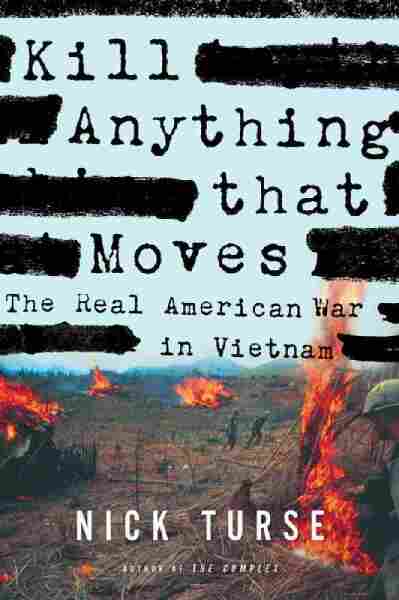 Kill Anything That Moves

The Real American War in Vietnam

On March 16, 1968, between 347 and 504 unarmed Vietnamese civilians were gunned down by members of the U.S. Army in what became known as the My Lai Massacre.

The U.S. government has maintained that atrocities like this were isolated incidents in the conflict. Nick Turse says otherwise. In his new book, Kill Anything That Moves: The Real American War in Vietnam, Turse argues that the intentional killing of civilians was quite common in a war that claimed 2 million civilian lives, with 5.3 million civilians wounded and 11 million refugees.

And as Turse tells Fresh Air's Dave Davies, "as many as 4 million [were] exposed to toxic defoliants like Agent Orange."

"It's suffering on an almost unimaginable scale, and it was generally due to heavy firepower," Turse says. "It's not these microlevel atrocities in most circumstances." 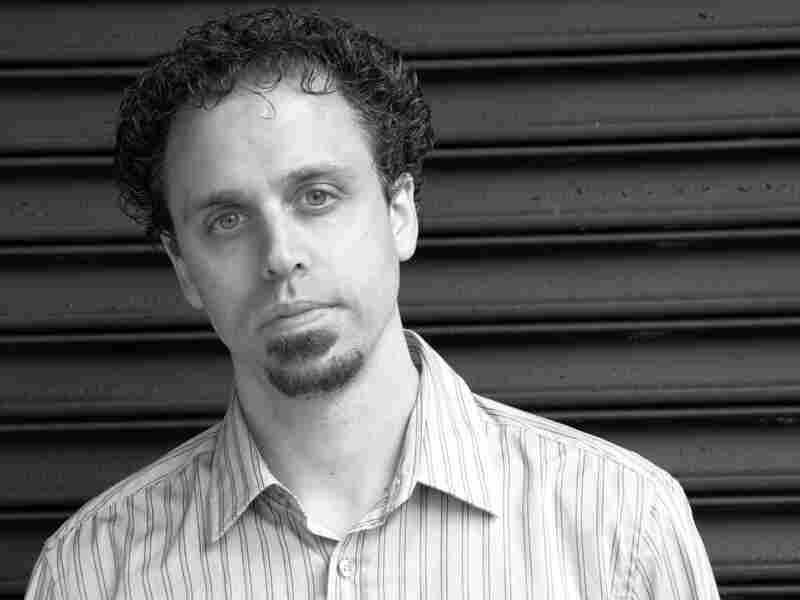 Nick Turse is the author of Kill Anything That Moves, about the Vietnam War. Tam Turse/Metropolitan Books hide caption 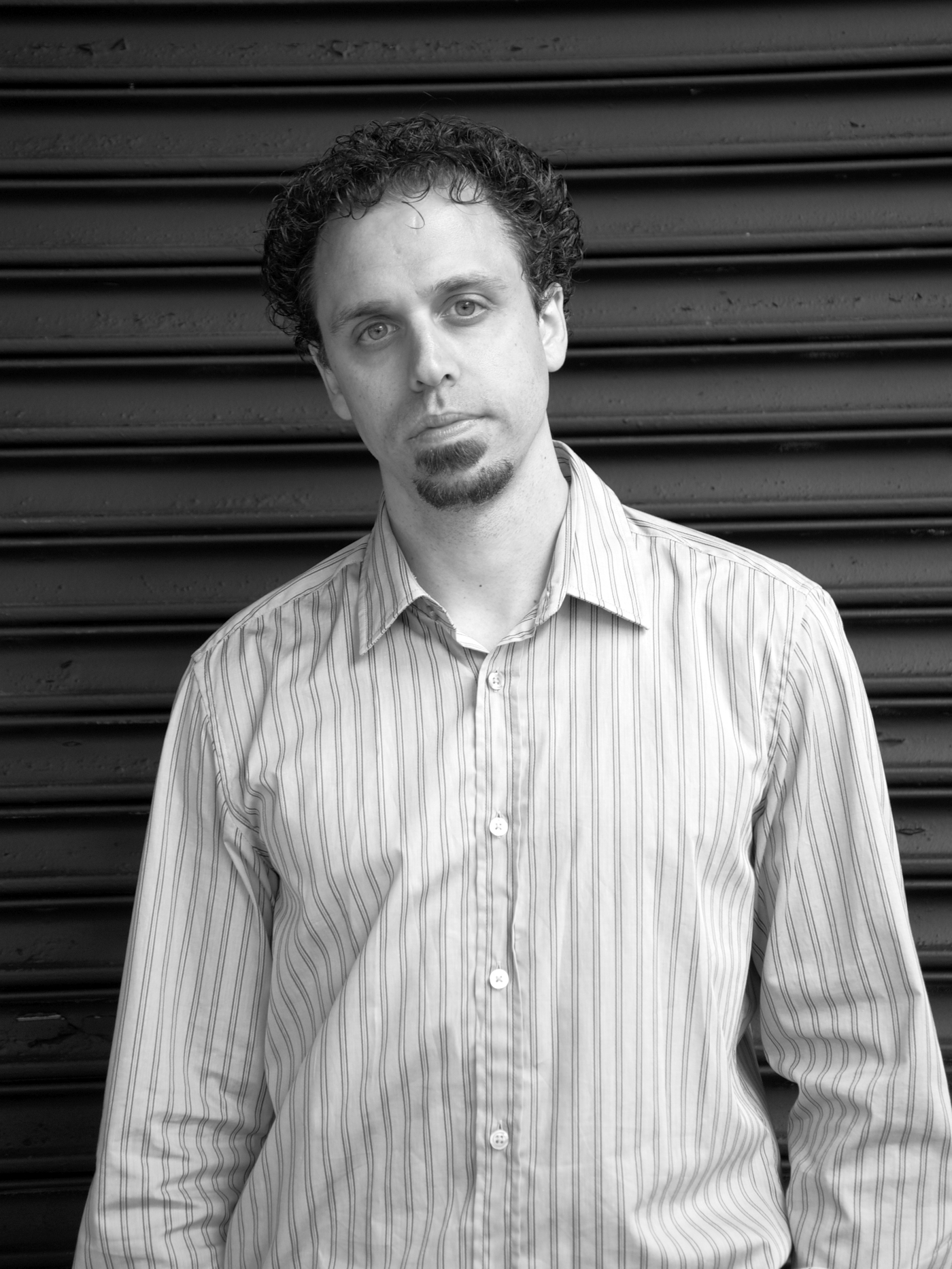 Nick Turse is the author of Kill Anything That Moves, about the Vietnam War.

Turse wrote the book after stumbling on a previously unexplored cache of documents in the basement of the National Archives that detailed allegations of atrocities in Vietnam. The cases, says Turse, "were closed with little or seemingly no investigation done."

"I asked the archivist, I said, 'Who's worked with this before?' And he told me that people had looked at one or two individual case files, but that no one had really worked with the records in total. And when I looked at them, I realized that these weren't in the secondary literature anywhere. Most of these cases had never been written about by historians, so I knew that this was a significant collection. And it took me a while, but I knew that I needed to work with it."

Turse eventually interviewed more than 100 veterans, and says that the killings "stemmed from deliberate policies that were dictated at the highest levels of the U.S. military" — and that those policies prioritized body count.

"They had only this one metric really to go by — body count," says Turse. "And they really never rethought how to fight the war. So when they weren't able to achieve victory through attrition — through the body count, basically — the only recourse was to increase the firepower, and this was just turned loose on the Vietnamese countryside."

On how, after he found the records, he decided to write the book

"When I first found these records I was a graduate student. I was working on another dissertation at the time, and I was about 200 pages in, so I contacted a couple Vietnam War historians that I knew and tried to get them to work on it. ... And one of them told me that he thought I should do this, that he was burnt out on the war. He had moved on to another project. ... But this was something that I should do ... that I should get down there right away.

"So I went to my dissertation adviser and I said, 'Do you think that I can write a book and my dissertation at the same time?' And he told me that he thought I was crazy, but he said, 'You know, if it's that important, then you should shift to this topic.' And I said to him, 'OK, but I'll have to put together a grant proposal.' ... I was a grad student at the time; I didn't have the funds for this project. He wrote me out a check on the spot and said to get down there right away before these records disappear.

"So within 24 hours I was in my car, and I drove down to the National Archives. And I put every cent that he gave me into copying, and I would copy from the moment the Archives opened in the morning until they kicked me out at night. And because I put all the money into copying, I went and slept in my car in the Archives parking lot.

"And I did this for a couple of nights, and by the end of it, I had the whole collection. And I thought my adviser was being a little paranoid, but it turned out to be excellent advice, because sometime after I published my first article on this, the records were pulled from the Archives' shelves. And they haven't been on the public shelves since."

"He told me ... he watched the point man — the lead man of his patrol — detain a young girl and molest her, and he thought to himself, you know, 'My God, what's going on here?' And over the ensuing months, he watched a litany of atrocities take place: a young boy executed for no reason; an old man who was used for target practice; a prisoner thrown off a cliff; a man who was held down to be run over by an armored personnel carrier. ... And when he first spoke up about brutality, his life was threatened and even his friends came up to him afterwards and said, 'Listen, you better keep your mouth shut or you're going to get a bullet in the back during a firefight.'

"So Jamie did keep his mouth shut, but he kept his eyes open. And he kept cataloging everything he saw. And the culmination of this was on Feb. 8, 1968. His unit rolled into a very small hamlet, and the commanding officer — a West Point-trained captain — ordered the civilians in that hamlet rounded up, and a lieutenant asked what should be done with these civilians. And the captain answered, 'Kill anything that moves.'

"Jamie heard this over the radio ... and he got up and tried to make his way towards the captain to see if he could intervene and rescind this order in some way, but he was just seconds late. He arrived on the scene to see five men arranged around these civilians open up on full automatic with their M-16 rifles and kill about 20 women and children."

On a military tactic used against Vietnamese civilians

"It wasn't odd for a helicopter to hover over people in a field until they got too frightened to stand still anymore. And they would make a break for cover, for a bunker, and then they would be gunned down. Sometimes troops on the ground did this, too. They frightened people into running and then used this as a pretext to kill them, and it was called in as a 'guerrilla taking evasive action.' ... It was, in their estimation, a lot of times safer to just shoot first because they knew no one would ask questions later."

On the concept of "free fire zones"

"The idea was that you would warn people in a given area — a large swath of the countryside — that the area would be opened up to unrestricted fire, and ... the idea was that [the civilians] would leave this area and that this would break the connection between the people and the guerrillas. You know, the U.S. tried to accomplish this by announcements from the loudspeakers on planes or helicopters or by dropping leaflets on a generally illiterate population. And they tried to get people to leave the countryside for refugee centers ... or city slums."

On how the military trained U.S. troops to dehumanize the Vietnamese

"The idea was that the Vietnamese, they weren't really people. They were subhuman, mere 'gooks' who could be killed or abused at will and, you know, veterans I talked to told me that from the moment they got into basic training they were told, 'Never call them Vietnamese. Call them gooks or dinks, slopes, slants, rice-eaters.' Anything to take away their humanity, to dehumanize them and make it easy to see any Vietnamese — all Vietnamese — as the enemy."

Read an excerpt of Kill Anything That Moves