Accessibility links
Hemp Gets The Green Light In New Colorado Pot Measure Colorado's vote to approve recreational use of marijuana also legalized its relative hemp, which is grown for food and other everyday uses, not for its high. Large-scale commercial farmers may be in line to benefit, but growing hemp is still illegal under federal law. 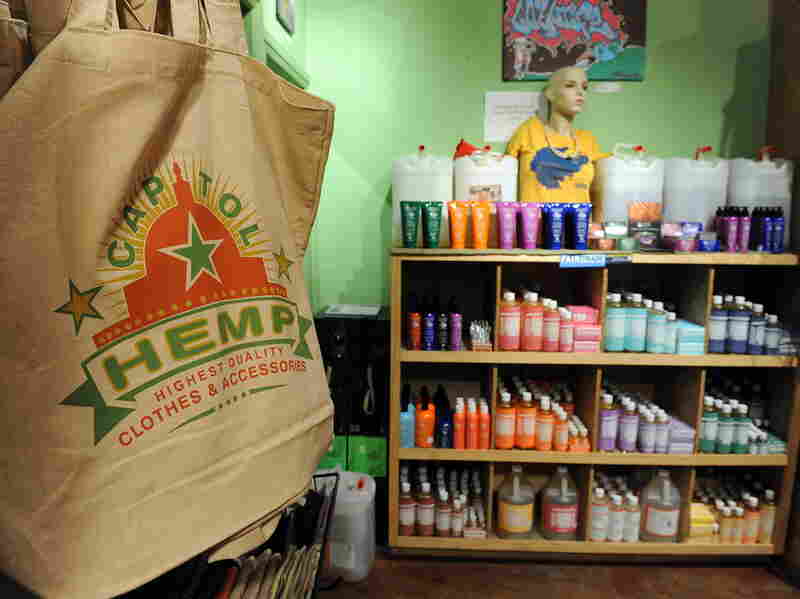 Hemp products for sale in Washington, D.C., in 2010. The U.S. is the world's largest consumer of hemp products, although growing hemp is illegal under federal law. Colorado recently passed a measure that legalizes growing hemp. Tim Sloan/AFP/Getty Images hide caption 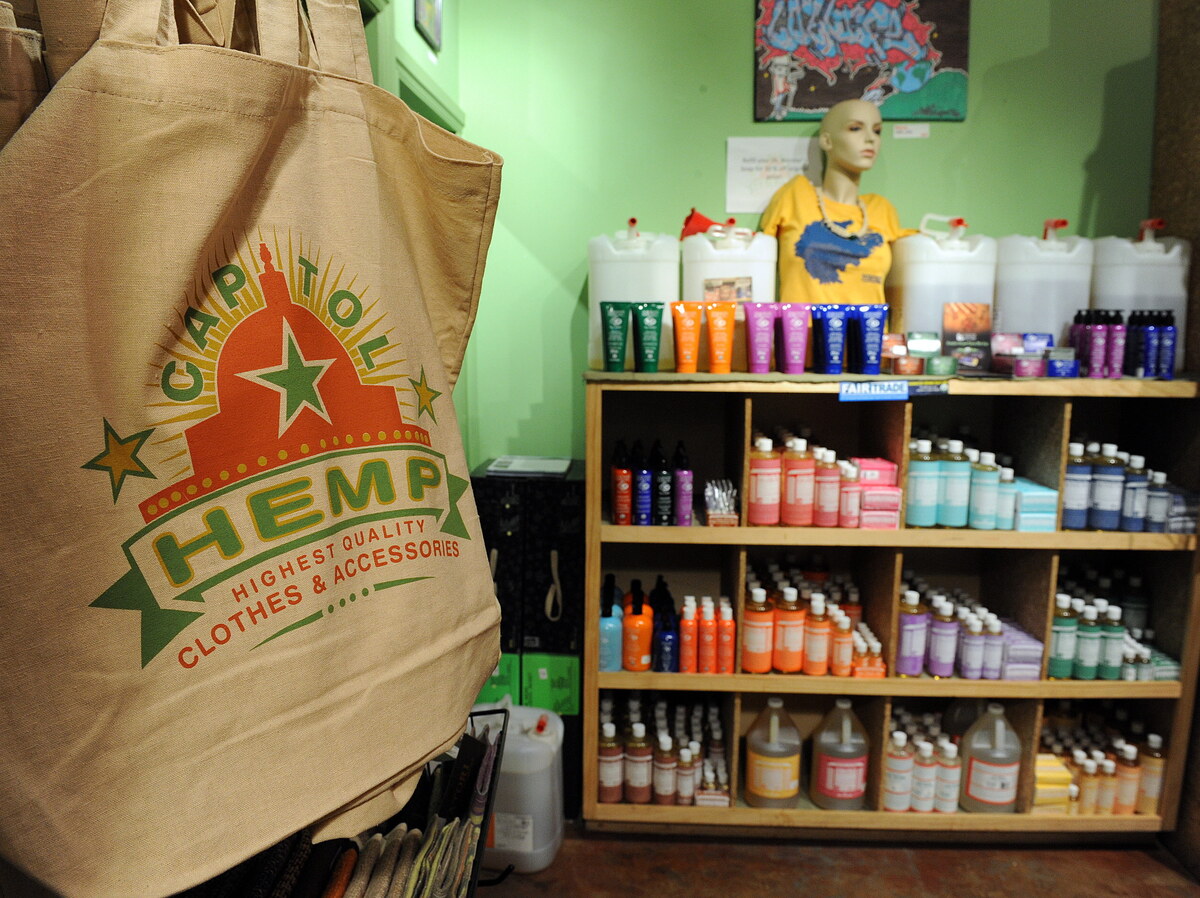 Hemp products for sale in Washington, D.C., in 2010. The U.S. is the world's largest consumer of hemp products, although growing hemp is illegal under federal law. Colorado recently passed a measure that legalizes growing hemp.

With recreational marijuana now legal in Colorado, small-scale pot shops will open up soon in places like Denver and Boulder. But that's not the only business that could get a boost: Large-scale commercial farmers may also be in line to benefit.

As plants, marijuana and hemp look related, and they are. But while marijuana is bred to get its users high, hemp is all business — grown for food and other everyday uses. Hemp contains very little of the chemical THC, the active ingredient in pot.

That might be news to farmer Michael Bowman's neighbors. "When they hear that we're growing hemp, they think we're growing marijuana," he says.

Bowman is from Wray, a small town on the eastern Colorado plains. He thinks hemp needs some rehabilitation and that he's the man to do it.

Bowman will plant 100 acres of hemp this spring on his 3,000-acre farm, where the winter wind now whips across barren wheat and corn fields. 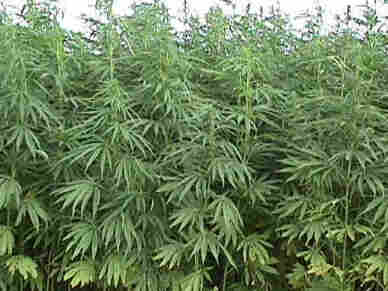 "We think 100 acres is a good number," he says. "It's not a garden plot, and it's enough to have enough product at the end of the day that we can do something real with it."

To hear him and other activists tell it, hemp can be used to make just about anything: rope, paper, plastic, clothing, shoe polish, car parts and even dog chew toys — to name just a few of the possibilities.

Bowman says he'll turn his first crop into an edible oil. "Our goal is really to try to understand: Is this a viable crop? Getting the research and data gathered this year will be a good step one," he says.

In the eyes of the federal government, growing cannabis is a violation of the Controlled Substances Act. Special Agent Paul Roach of the Drug Enforcement Administration says federal law does not distinguish between hemp and marijuana.

"It really doesn't matter whether it looks different or it looks the same," he says. "If it's the cannabis plant, it's in the Controlled Substances Act and, therefore, enforceable under federal drug law."

The Department of Justice says it's reviewing the legalization initiatives approved in Colorado and in Washington state. For now, the United States is the only industrialized country that bans hemp.

Yet it's also the world's largest consumer of hemp products. According to an industry association, total sales of products containing hemp are estimated to be around $450 million.

"Hemp's trendy," says Frank Peters, who works in the health and beauty department at a Whole Foods in Boulder, Colo. In this section, you could throw a hemp seed in any direction and hit a product made with the stuff: soaps and lotions, oils and protein powders. And there's a new product on the shelf called Hemp Hearts.

"Hemp Hearts are the partially shelled seed," Peters explains, "which is going to be the more nutritional part of the plant."

And what do people do with Hemp Hearts? "They eat it. They're going to put it in yogurt, over cereal. You can bake with it, things like that," he says.

Peters says it tastes just like any seed. "It's not really strong one way or another," he says.

Its taste may be rather bland, but its politics are anything but. The Colorado Legislature is giving itself until July 2014 to decide how to regulate hemp.