Accessibility links
Can Online Anonymity Be A Good Thing? Tell Me More's series "Social Me" takes a look at how the online world is transforming the experience of young people in America. In part one, host Michel Martin talks to social media specialist Rey Junco about the pros and cons of kids creating online identities. 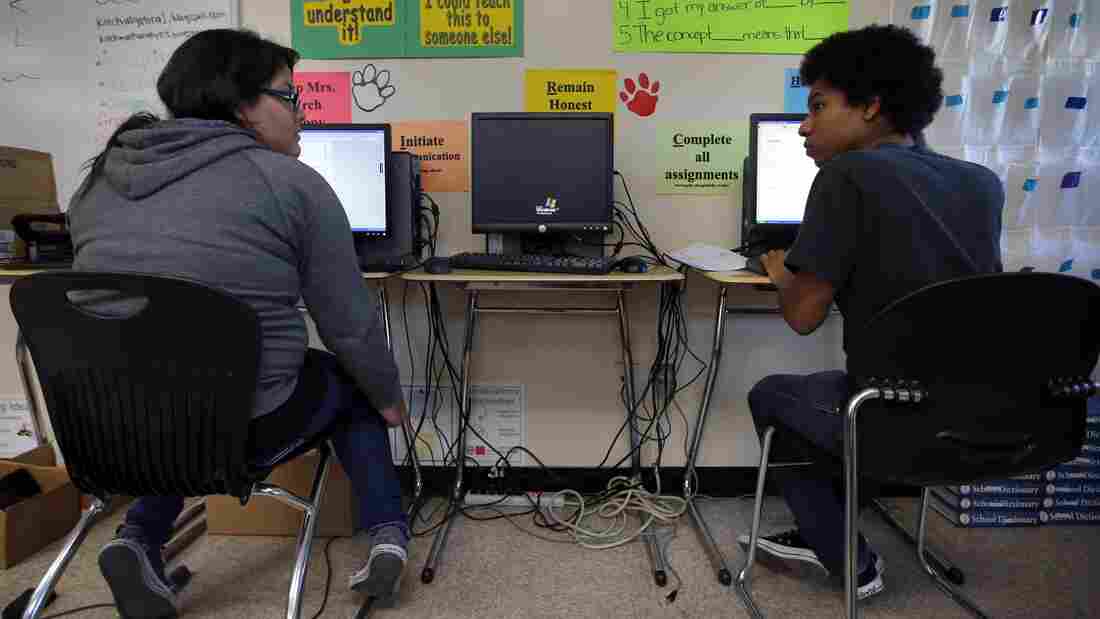 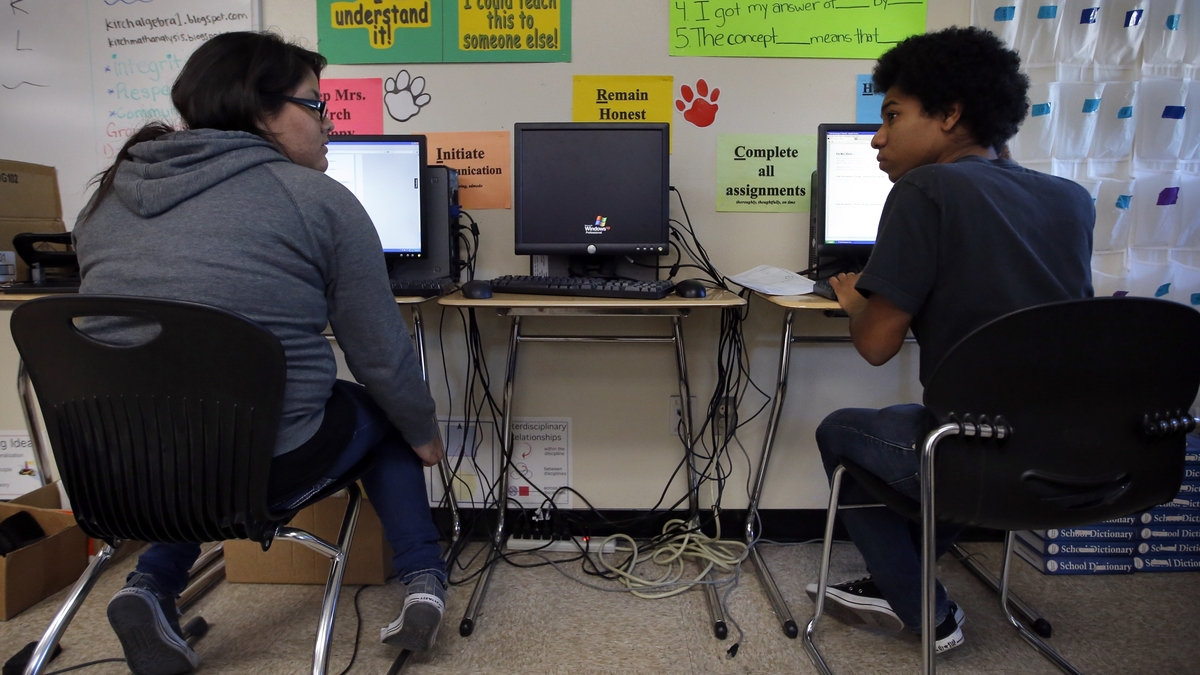 Mariah Arostigue (left) and Noah Reyes, 11th-graders, chat as they work on their homework in a pre-calculus class at Segerstrom High School in Santa Ana, Calif.

Tell Me More's "Social Me" series looks at how young people interact online — with a focus on online identities, privacy issues and breakthroughs in Internet-based learning.

Throughout the series, Rey Junco shares his research as a faculty associate at the Berkman Center for Internet and Society. He tells NPR's Michel Martin that there's more to online identities than the constant cycle of headlines about cyberbullying, "slut-shaming" and "catfishing."

Junco says that one big buzzword that's thrown around these days is "disinhibition." That means once you are behind a computer screen, you might feel more free to say or do things you'd normally feel inhibited about doing. He says it has to do with perception of anonymity.

But it's not all bad news. Junco's research has also shown that "online disinhibition can be a positive factor for online interactions."

Junco points to one prime example: shy students. They can make personal connections online that can translate to better communication offline, like in a classroom. This isn't new. Junco says he picked up on this dynamic "way, way back in the day when people used AOL Instant Messenger a lot."

Junco encouraged his students to contact him online if they had any questions about the class. He remembers one student "who was very shy, very reserved, very introverted in class.

"He would message me from time to time," Junco says, and then, over time, the student started bringing his questions into the classroom.

Junco's subsequent research has shown that this takes effect on a group level. "Students who we interact with on Twitter are much more engaged in the classroom," he says. "They're building more of a community in the classroom than students who aren't engaging that way through social media."

Of course, there are negatives to online identities, he says. Kids can be mean.

But kids have to be made aware that they're building a permanent record online that can come back to haunt them later in life. That's why, Junco says, it's crucial for adults to have the "digital footprint" conversation early on.

"People who are making evaluations of youth for jobs and for admissions to colleges didn't grow up in such a digitally enabled social milieu," says Junco. But he adds that — as a society — we shouldn't judge too harshly.

"They don't know any better," he says. "Think about all the mistakes you made."