Accessibility links
Al Roker On Being The 'Jolly Fat Person' Roker won fame as the ever-smiling weatherman on NBC's Today show. But he also endured years of indignities because of his weight. Then, in 2001, he had bariatric surgery and lost more than 100 pounds. Roker speaks with NPR's Michel Martin about his experiences and his latest book, Never Goin' Back. 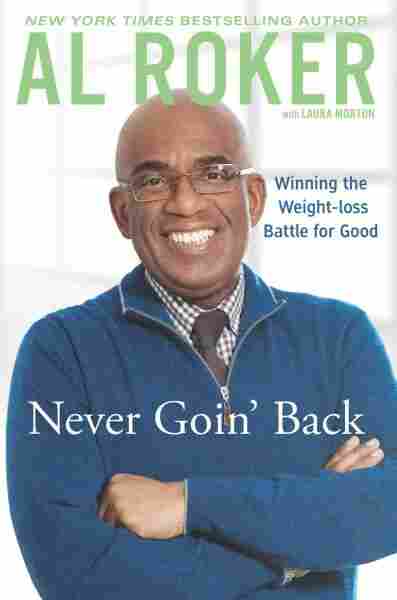 Winning the Weight-Loss Battle for Good

by Al Roker and Laura Morton

Al Roker, the veteran weatherman on NBC's Today show, endured years of indignities as an obese teenager and throughout his television career. Then, in 2002, he had bariatric surgery and lost more than 100 pounds. But deciding to have the procedure, which is potentially life-threatening, wasn't easy — and neither was keeping the weight off afterward.

Roker chronicles the experience in a new book, Never Goin' Back: Winning the Weight-Loss Battle for Good. He tells NPR's Michel Martin that he had an especially difficult time in high school when Bill Cosby developed the Fat Albert character for television. "I'm black, I'm fat, my name is Albert. It was the embodiment of who I had become." It contributed to a lot of teasing from his classmates. Roker says he dealt with it by using humor and acting as the "jolly fat person" to deflect the teasing.

Despite his obesity, Roker went on to pursue a television career. During one of his first jobs in Washington, D.C., he received a call from the man who would become his mentor. The man had a thick Southern accent. He said to Roker, "This is Willard Scott, and I am outside your studio. I'd like to take you to dinner." Roker writes in the book that Scott gave him advice about navigating a media career as a larger man. "So what if they think you're funny because you're fat — you're the one laughing, all the way to the bank!"

Eventually, the weight became no laughing matter. Roker says it was like a third person in his marriage. His slim wife, Deborah Roberts of ABC News, urged him to lose weight. But he didn't consider drastic measures until his dying father asked him to promise to lose weight.

A decade after undergoing bariatric surgery and sticking to a fairly rigid diet, Roker currently weighs around 200 pounds — a far cry from when he topped the scales at 340. He still enjoys some of his favorite high-fat foods, but now he only needs a few bites. Roker also does things he couldn't when he was obese — from zip-lining to simply bending over to tie his own shoes.

Read an excerpt of Never Goin' Back