Accessibility links
Finding Learning Tools In Digital Footprints The hours children spend on the internet could have a valuable use — helping educators tailor lesson plans in school? Social media expert Rey Junco tells host Michel Martin about its potential as an education tool in Tell Me More's new series "Social Me." 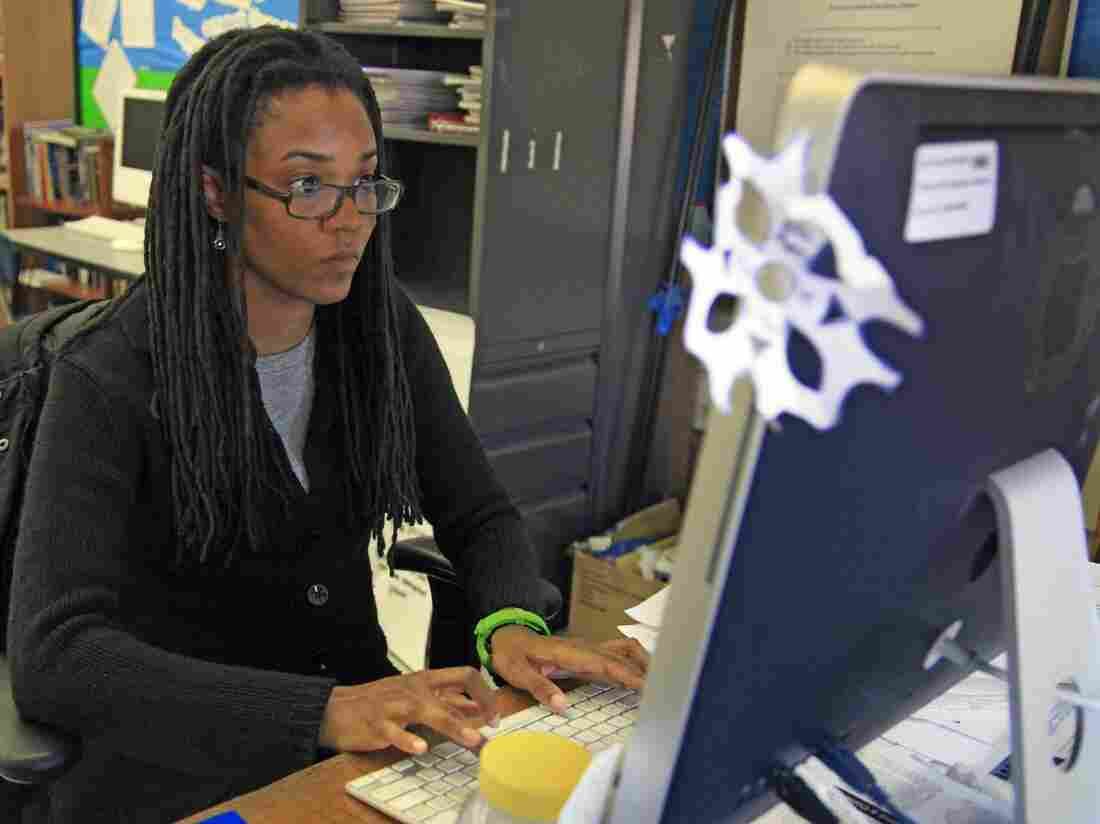 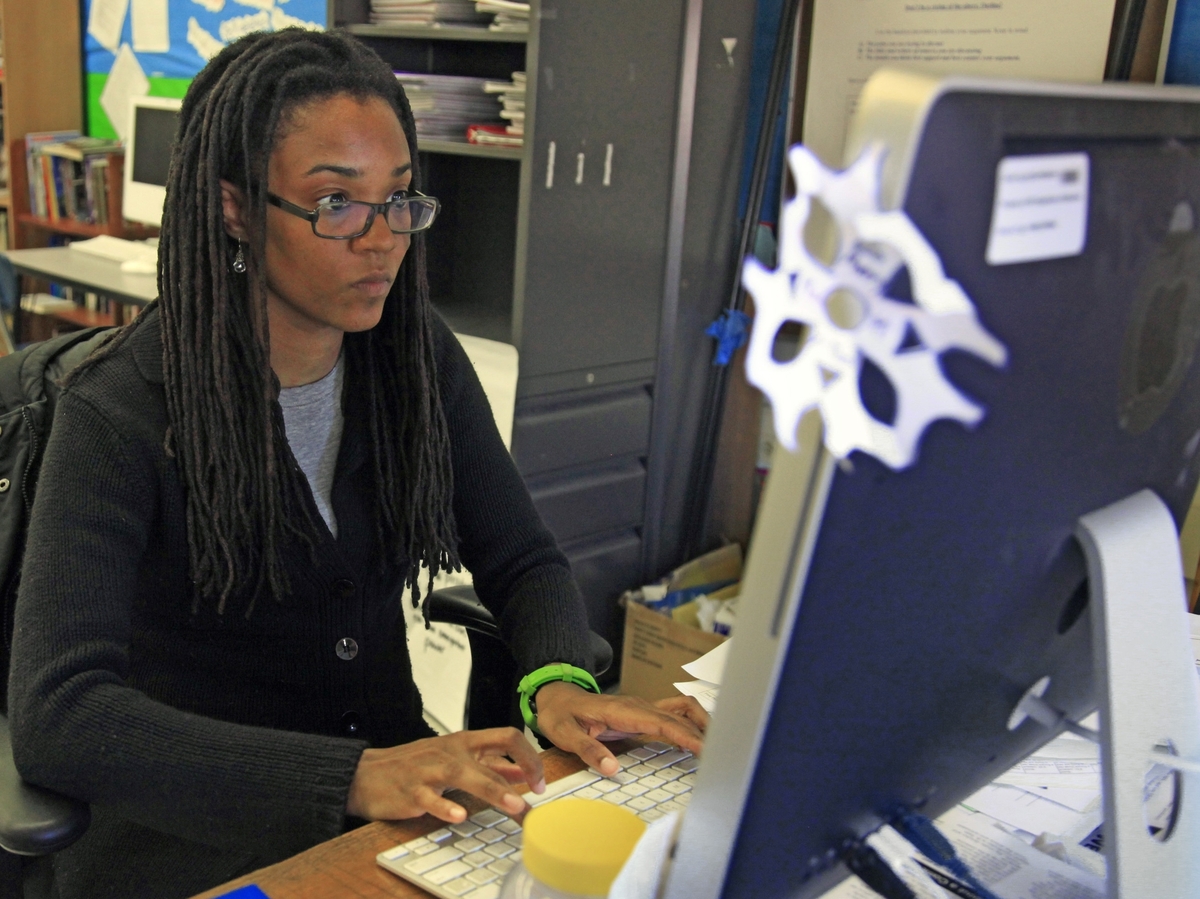 Nkomo Morris, a teacher at Brooklyn's Art and Media High School, works on her classroom computer in New York.

Throughout Tell Me More's series, "Social Me," Rey Junco shares the research he's done as a faculty associate at the Berkman Center for Internet and Society into how how young people interact online.

While some parents might think that their kids are wasting time on social media sites instead of doing their homework, they could actually be helping to shape their own education. Junco describes for NPR's Michel Martin a potentially revolutionary educational tool. The technical term is 'learning analytics.' Junco says that is "the use of student-produced data to predict outcomes and tailor education."

Students leave a trail of data behind them as they navigate the Internet. Junco believes that there is a big opportunity here. His own research has already shown that "we can use things like how much time students spend on Facebook and what they do on Facebook to predict academic outcome."

Junco says this is already at play in our daily lives. "Think about how a website like Amazon.com knows the kinds of things you like, based on your shopping habits." He says we should imagine the same idea, applied to education. "We've got data well before a student will flunk a first exam or a quiz," he says. "So we can make some predictions about the things that they're doing, and how we might intervene before we get to that point."

That said, Junco admits that educators are not using learning analytics much. He explains that it is generally applied to course management systems — basically a fancy term for an online discussion board — to monitor the level and frequency of a student's interaction. But, this data is "very, very basic," Junco says, "so the predictive models are not as accurate as they could be."

Junco explains that this analysis requires resources. But he does point to consumer applications and services, like digital pedometers, that can monitor what you do online. "We know from the research that the act of monitoring and tracking your own behavior changes your behavior," he says.