Accessibility links
Facebook Co-Founder Chris Hughes Redesigns 'The New Republic' Hughes, 29, is the publisher of the 98-year-old magazine. He's facing the same challenges other print media owners do: how to marry in-depth news articles with screens that seem to be getting smaller and smaller. Hughes tells Steve Inskeep it's a task he's prepared to tackle. 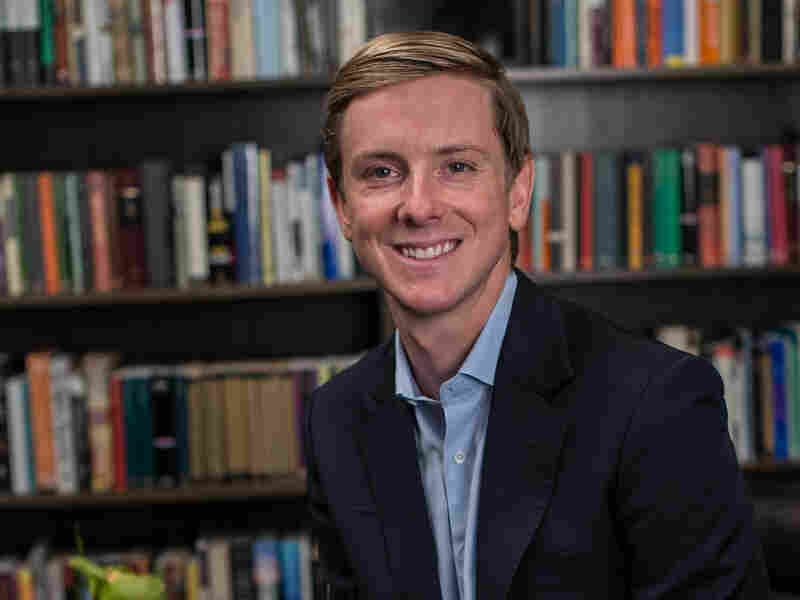 North Carolina-born Chris Hughes attended Harvard University, where he shared a room with his Facebook co-founder, Mark Zuckerberg. He bought a majority stake in the venerable magazine The New Republic in 2012, and is the magazine's publisher and editor-in-chief. Jason Gardner/The New Republic hide caption 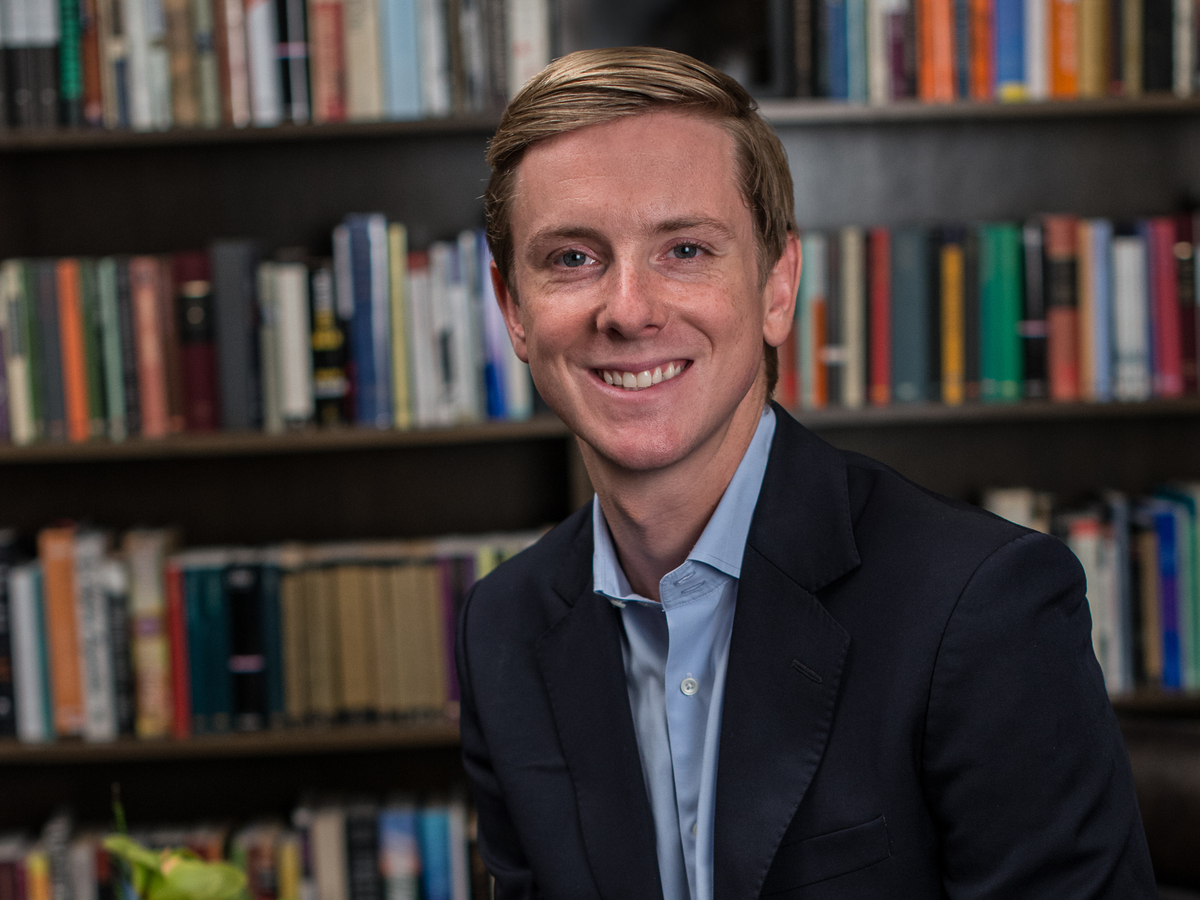 North Carolina-born Chris Hughes attended Harvard University, where he shared a room with his Facebook co-founder, Mark Zuckerberg. He bought a majority stake in the venerable magazine The New Republic in 2012, and is the magazine's publisher and editor-in-chief.

Chris Hughes, 29, is the co-founder of Facebook, a former adviser to the Obama campaign, and now the publisher of the 98-year-old magazine The New Republic.

He's facing the same challenges other print media owners do: how to marry in-depth news articles with screens that seem to be getting smaller and smaller. Hughes tells NPR's Steve Inskeep it's a task he's prepared to tackle.

On redesigning to fit the way we read

"The New Republic is known for doing long-form journalism. But we already see over 20 percent of our traffic coming from mobile. So we've redesigned our website so that it's optimized for not only a mobile reading experience, but for the tablet as well. We've added in all kinds of features like cross-device syncing, so that if you start a piece at your desk and you get halfway through it, when you come back to the same article on your phone, it picks you up right where you left off. ... Increasingly, that's the way we read."

On why The New Republic will not beat The Huffington Post

"The first thing that people tend to do is roll over in the bed, pick up their phone, check their e-mail briefly, and check the headlines. For us, we're not trying to compete with The New York Times or The Huffington Posts of the world to get that first dash of the headlines in the morning. Where you're much more likely to read The New Republic is at lunch, in the evenings, on the weekends — the moments when you want to try and go a little bit deeper and get some context and analysis on the journalism of the day."

On social media and partisan pushes

"We use something called Chartbeat, which shows you how quickly pieces are moving across the social media universe, and that's open in my browser throughout the day. However, it's really important to not be completely guided by the social environment. While it's very important that our pieces move and that people want to share them, I think it might naturally lead towards content that's a little bit more partisan at times; it's more about wit or a quick hit rather than substance. So it's a balance. ... I think the way that social environments work, they tend to reward more extreme opinions. I think they tend to reward images and content that's packaged well. And all of that's important — but that doesn't necessarily lead to the best journalism."

On finding media sustainability in the digital age

"Our model isn't altogether different from the models that magazines used previously. What is different is that it used to be, you give us $35 and we give you 20 issues of print a year. That just isn't gonna cut it in 2013. So now our model is, you give us $35 a year, we give you 20 issues of print, we also give you unlimited access on the Web, we give you audio versions, we give you comments — so the business model is much broader, but I also think in time it can be a profitable one. It may not be the same level as media companies made money in the late 20th century, but I think as long as we're focused on a high quality of journalism, then we can get to a point where it's sustainable, if not profitable. It will take some time, but I think we can get there."

On why TNR will keep the printing presses going, for now

"We make money off of print. And in addition to that, I personally love print. I mean, I tend to read on my phone and my iPad, but on the weekends in particular, I love sitting down with a print magazine and going page by page. So, it makes business sense for us, and it also is something that I love. So we're committed to print for the foreseeable future."