Accessibility links
William H. Macy Is 'Shameless' On Showtime As the alcoholic paterfamilias Frank Gallagher on the Showtime series Shameless, the actor enjoys portraying a man with a dark side. But he says it's Frank's better qualities that make him sustainable as a character. 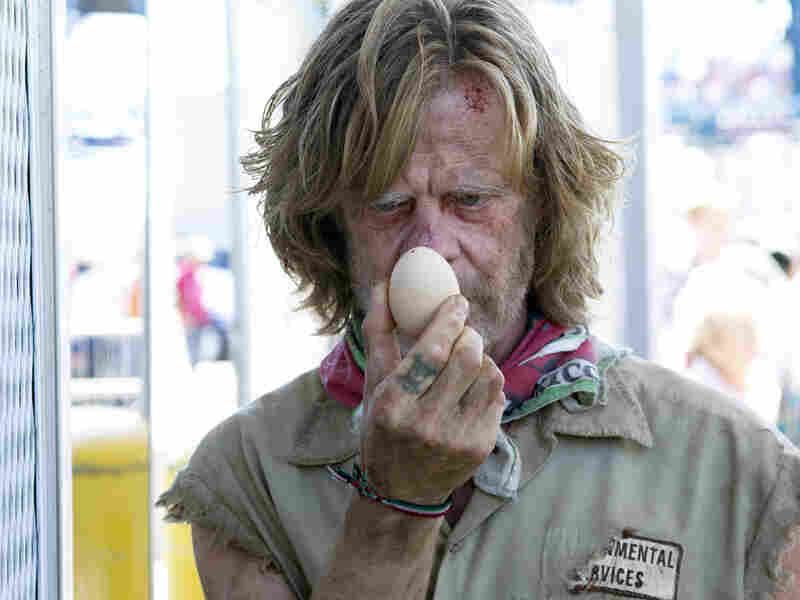 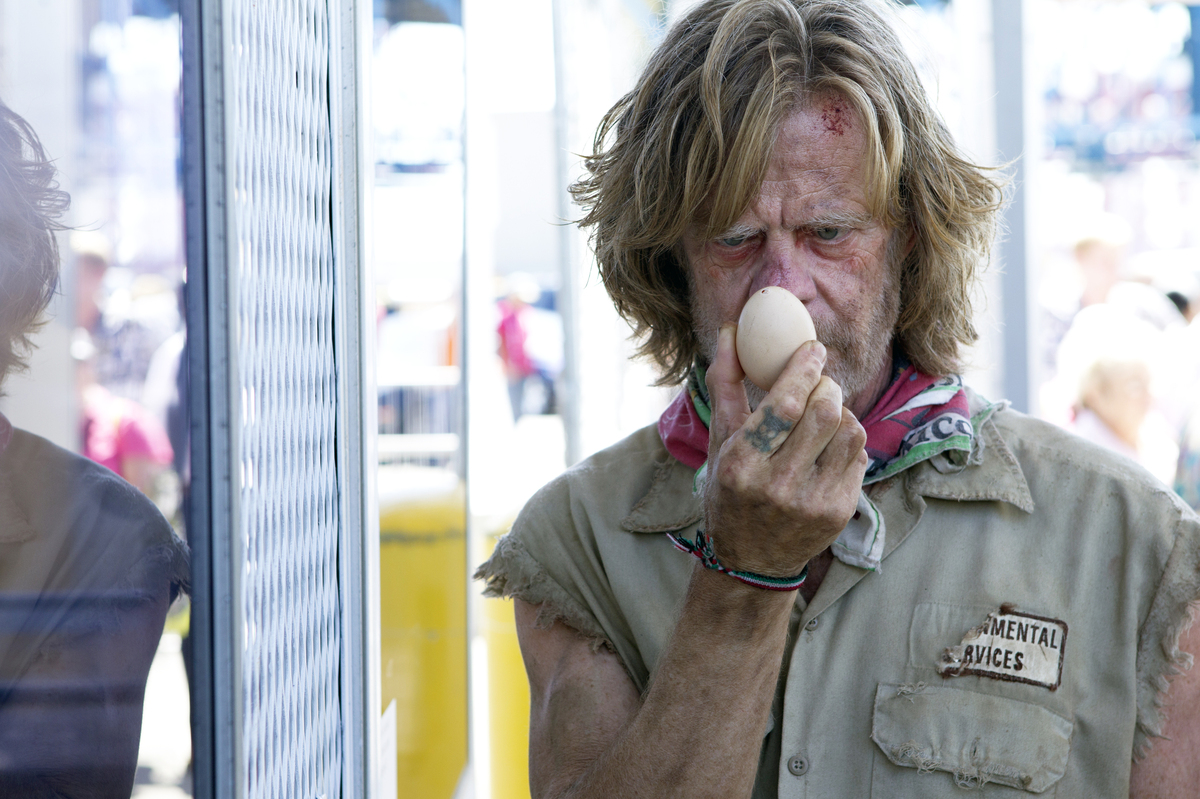 In Shameless, William H. Macy is the dysfunctional father of six.

William H. Macy is the first to admit that he has played his fair share of losers. His latest role, as the alcoholic, narcissist Frank Gallagher — the single dad of a dysfunctional six-kid family — on the Showtime series Shameless, adds to the list of hapless characters Macy has portrayed on screen and stage.

While Frank certainly has some serious problems, he's not all bad. He's funny, smart, surprisingly literate and hardworking at running all of his various scams. Macy says that while he enjoys acting out Frank's dark side, it's the good qualities that make him sustainable as a character.

"I can let myself go in a way that I've rarely done in my career," he tells Fresh Air guest host Dave Davies. "I'm less guarded as an actor.

"That said, I also find it quite challenging sometimes. Some of the stuff that I'm given to perform is so despicable. And I feel that it's important that the audience always feel that Frank is redeemable somehow, someday. Otherwise my behavior would be completely boorish, and I think they would kill me off on this show. I'd be unwatchable."

Part of what makes Frank Frank is that he always looks like he has just fallen out of bed. Hygiene is not this man's hobby. For example, in order to get Macy's hair to look properly disheveled, Macy's hairdresser puts so much styling product in it that "I fear someday my neck will snap. The sheer weight of [product] will pull it over."

"The whole notion of playing drunk, to my mind, is a bit more of a parlor trick and ... less acting art. I just happen to be pretty good at doing a drunk. It's more important that I concentrate on the scenes because it's very easy to just want to turn into the clown. ... [B]eing a drunk, it's very easy to show off. ... The physicality of it, the slurred speech, the way you stare at something, the way you focus and unfocus your eyes."

On being criticized for his diction early in his career

"It happened a lot of times. I still don't understand it, but ... I learned my aesthetic from Dave Mamet, and one of the things that drives him crazy — and by extension me crazy — is to go to the theater, or for that matter go to the movies, and not be able to understand what the damn actor is saying. It puts me in a rage. I'm a writer myself, but irrespective of that, 'What did you say? I want to know what you said. I paid my money and, you know, you got a microphone shoved up your nostril! Can't you enunciate enough for me to understand?' "

'Shameless': A Family That Sticks (Just Barely) Together

"Some actors, they're ... 'good actors.' And then you get these other actors who are completely not 'good,' meaning they're not team players. They're just all over the place. They're hard to get to the set. They're unpredictable. They never do the same thing twice. You don't know what they're going to do. They, a lot of times, give the best performances. They're great. And I fall into the category of the 'good actor.' And I'm trying to do less of that, and be outrageous."

"I auditioned for a smaller role, and they said, 'That's really good. You want to read Jerry?' And I said yes, and so I went out of the room, spent 20 minutes, came back in, read Jerry. And they said, 'That's real good. You want to work on it and come tomorrow?' I said yes. ... I was up all night. I memorized the whole script. I wanted this role, so I went back in. They said, 'That's real good, that's real good. We'll be in touch.' And then I heard through my agent that they were in New York auditioning, so I — jolly, jolly — got my a- - on an airplane and crashed the audition. And I was making a joke — and luckily it landed — but I said ... 'I'm afraid you're going to screw up your movie and cast someone else in this role.' And they went, 'Ha ha ha,' and I said, 'No, seriously, I'll shoot your dog if you don't give me this role.' And I think Ethan (Coen) had just gotten a dog."

"When I looked at them as any other scene — Where does it start? Where does it change? What changed? Why is it in the movie? — they became much more doable, because I had something to act. ... There was a place to put my attention, other than the fact that I was simulating sex in front of five Teamsters."