Accessibility links
In China, The Government Isn't The Only Spy Game In Town Increasingly, China's surveillance state has extended to include Chinese individuals spying on one another. Former journalist Qi Hong has helped ordinary citizens and government officials alike detect bugs and hidden cameras planted by others. In one year, his bug hunt turned up more than 300 devices for a hundred friends. 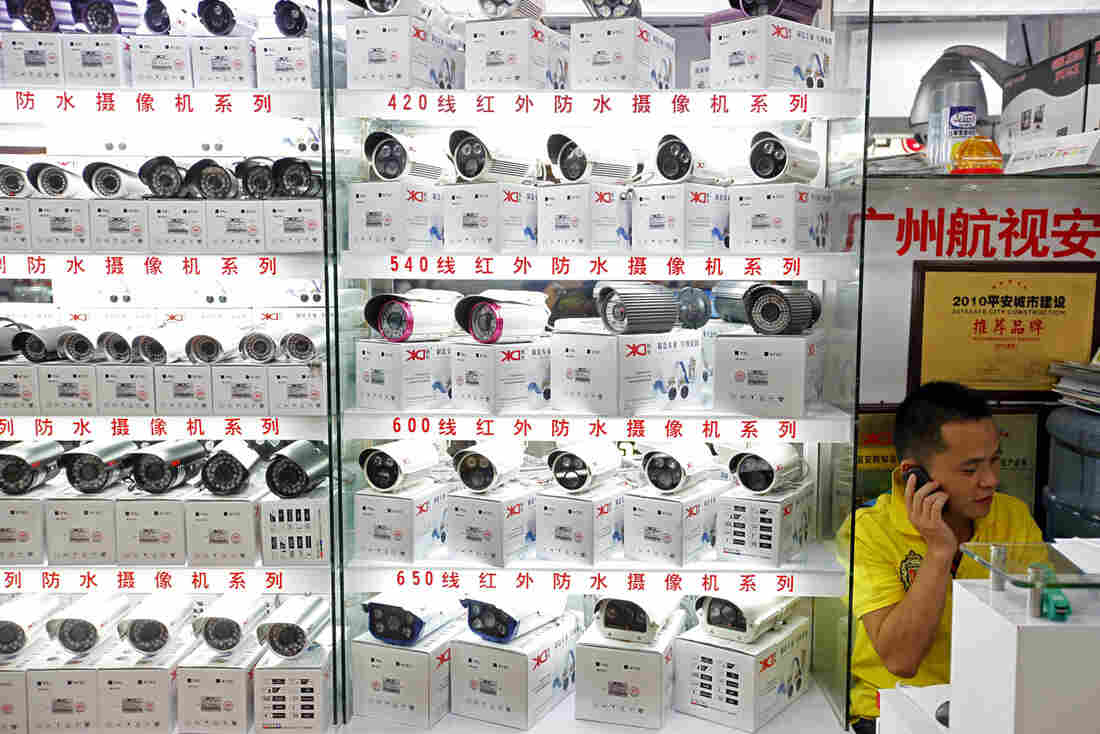 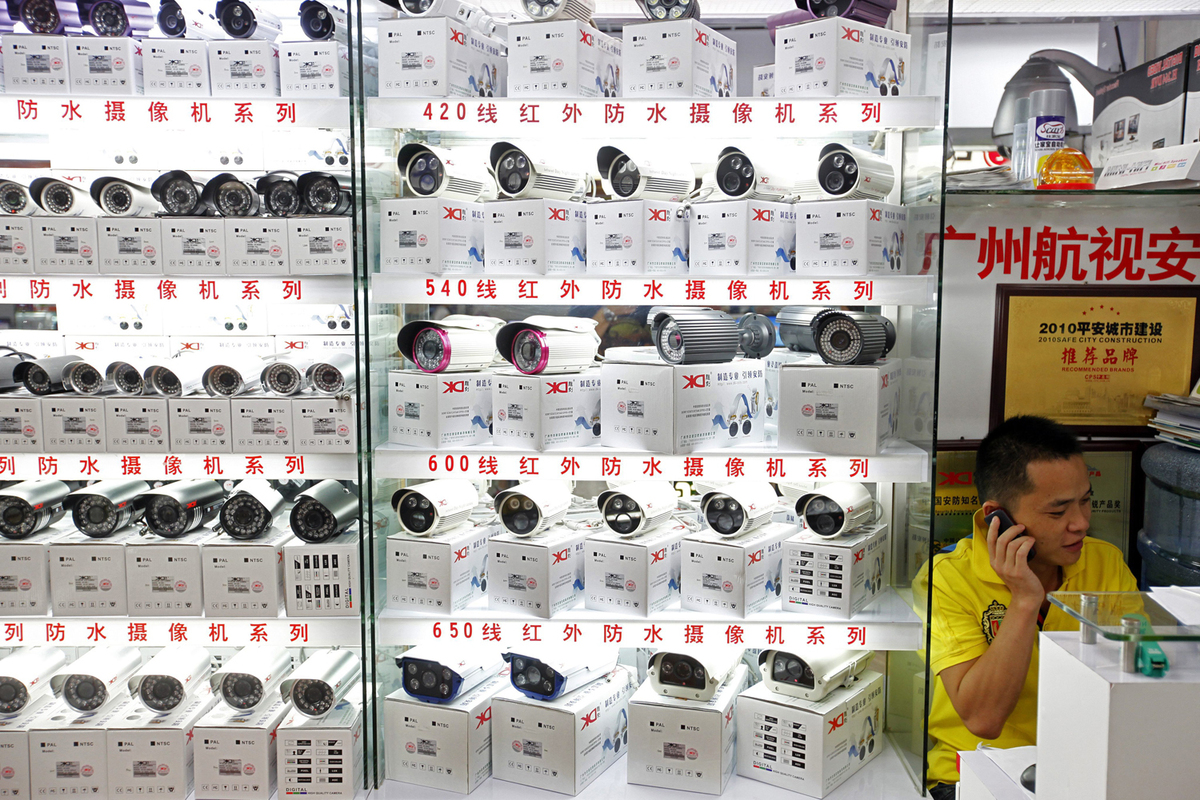 The final of two reports

It all started with a local Chinese official.

He couldn't figure out how his wife, who suspected him of having an affair, knew the contents of his private conversations.

"His wife knew things that he said in his car and office, including conversations over the telephone," recalls Qi Hong, a former journalist from Shandong province in eastern China, and a friend of the official.

The reality is they use this legitimate hugging and intimacy to pat down each other to check if the other person is carrying a listening device.

Qi Hong, on the deep distrust that prompts officials to hug each other

So Qi asked a buddy who owned bug-detecting equipment to help.

"This friend discovered a listening device under the official's car seat," Qi recalls. "In his office, he discovered a tiny hidden camera on the bookshelf."

Qi and the local official were shocked: "It dawned on us: This sort of thing was happening a lot in China."

China is becoming a surveillance state. In recent years, the government has installed more than 20 million surveillance cameras around the country.

Officials use them to solve crimes, but also to monitor democracy advocates and critics of the regime in regions like Tibet. More and more Chinese people appear to be spying on each other as well.

For Love Or Money

After helping the official, Qi bought some bug-detecting equipment himself. Over the next year, he says, he helped more than a hundred friends find more than 300 surveillance devices.

Qi says many people were bugged by suspicious wives or jealous mistresses. In other cases, though, he says government officials spied on each other. 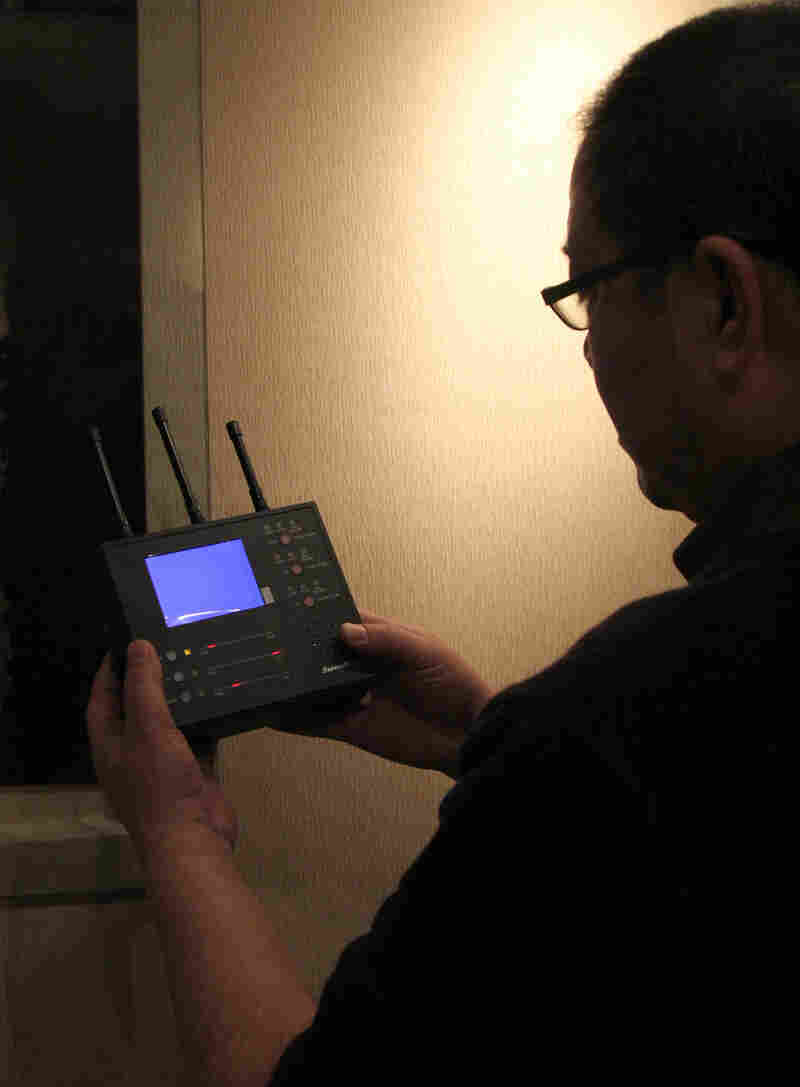 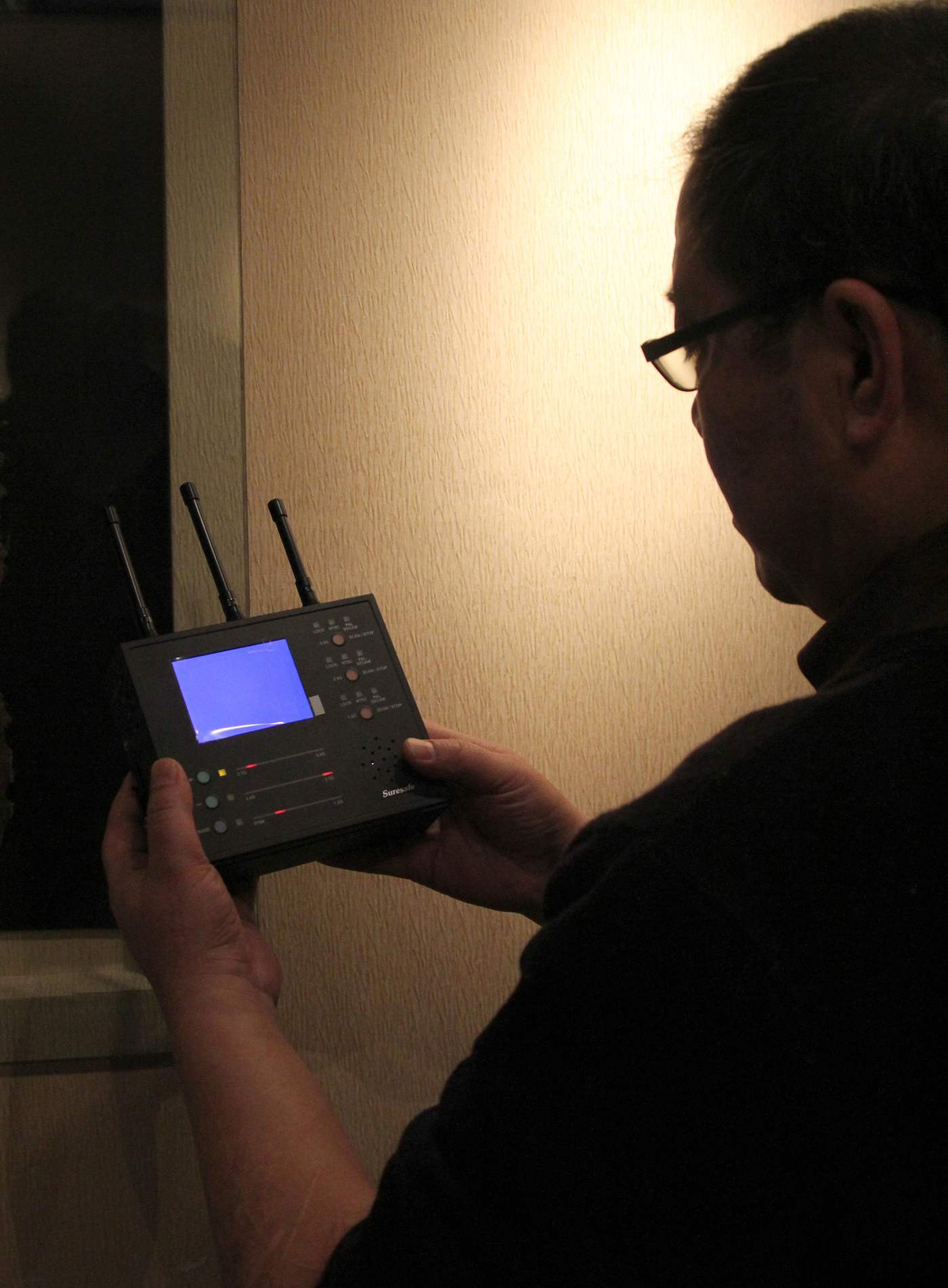 Qi Hong, a former journalist, says he has helped more than a hundred friends find more than 300 surveillance devices, including audio bugs and hidden cameras.

Qi says when officials realized they were under surveillance, they panicked, fearing colleagues had captured images of them taking payoffs.

"People had heart attacks," Qi recalls over cups of tea in the back of an empty restaurant. "They were extremely scared, frightened, sweating all over with panicky looks on their faces."

Lu Su, an official in Qi's home province of Shandong, may have felt the same way this month. Hidden camera video surfaced on China's Internet showing Lu taking a gift card — a common form for bribes in China — from a visitor in his office.

"No problem. No problem," Lu says on the videotape, which was shot from the ceiling. "I will certainly provide good service."

Lu has since been suspended from his job.

Local officials aren't the only ones targeted for monitoring. Last year, The New York Times reported that one reason former Politburo member Bo Xilai was taken into custody was because he wiretapped Hu Jintao, chairman of the Communist Party.

"You may get some illegal benefits. I want them, too. But you don't want to share with me," says Qi, describing the way officials think.

So, Qi says, an official will videotape another in a compromising position and apply pressure to get a cut of bribe money. Qi says distrust is so deep, he has seen officials hug each other when greeting.

"This is not Chinese etiquette, but why did Chinese officials import it?" Qi says. "The reality is they use this legitimate hugging and intimacy to pat down each other to check if the other person is carrying a listening device."

Part 1: In China, Beware: A Camera May Be Watching You

Qi, 54, is a big guy, well over 6 feet tall, with a lazy eye. During a three-hour conversation, he comes off as thoughtful, sincere and disturbed by the deterioration of social trust in China. He shows me some of his equipment, including a machine about the size of an iPad but considerably thicker, called a "Wireless Camera Hunter." It has a video screen and three antennae to detect wireless signals; it retails for nearly $1,600.

Qi explains that the device scans frequencies for wireless camera signals. When it finds one, it displays the images the surveillance camera is capturing in real time.

Listening devices and hidden cameras are illegal in China but easy to buy. I found a vendor in a Shanghai electronics market who openly sold tiny surveillance equipment hidden inside pens, buttons, glasses and USB drives.

Qi says he has found surveillance cameras planted in some pretty personal places.

"They generally aim at people's beds and where they shower," Qi says. "They want to know your secrets, your private life."

Volume Of Spying Is A Sign Of The Times

After talking to Qi, I decided to go on a bug hunt. Friends of mine are concerned about listening devices, so I picked up a detector for about $35 and went to their office. I turned off office equipment to avoid any undue interference and went to work. In just five minutes, I detected bugs in a lamp, several phones and two fax machines.

Some of the most avid users of surveillance technology in China are private detectives. Detective agencies emerged in the 1990s as urban China grew rich and adultery boomed.

One of China's more celebrated detectives is Wei Wenjun, who has worked in Shanghai for two decades. Wei estimates he has handled some 1,600 adultery cases. His nickname: "the Mistress Killer."

Recently, though, the Chinese government has cracked down on detectives, enforcing a new law against illegally obtaining personal information. Scores of detectives have been arrested, according to the state-run Shanghai Daily.

"Our profession is seen as a serious concern by China's high-level officials," Wei says through nicotine-stained teeth at a tea house. "Mistresses are what corrupt officials are most afraid of. That's the weakest link in their defense system."

Wei says the volume of surveillance, infidelity and distrust is a sign of the times. He sees it as a natural result of the country's rush into capitalism with no moral framework to guide its people.

Qi, the bug detector, feels much the same way. After a year of helping people find surveillance devices, Qi quit. He found the process and its implications depressing.

"I felt very stressed and in pain," Qi says. "I'd seen so many strange phenomena and illegal things."