Accessibility links
Unconcealed Guns Can Unsettle, But They're Often Legal Openly carrying a weapon is legal almost anywhere in Virginia, but shoppers and police were still alarmed when a man walked into a Charlottesville store Sunday carrying a loaded rifle. He broke no laws, but he did trigger a debate about carrying unconcealed firearms, something currently legal in 44 states. 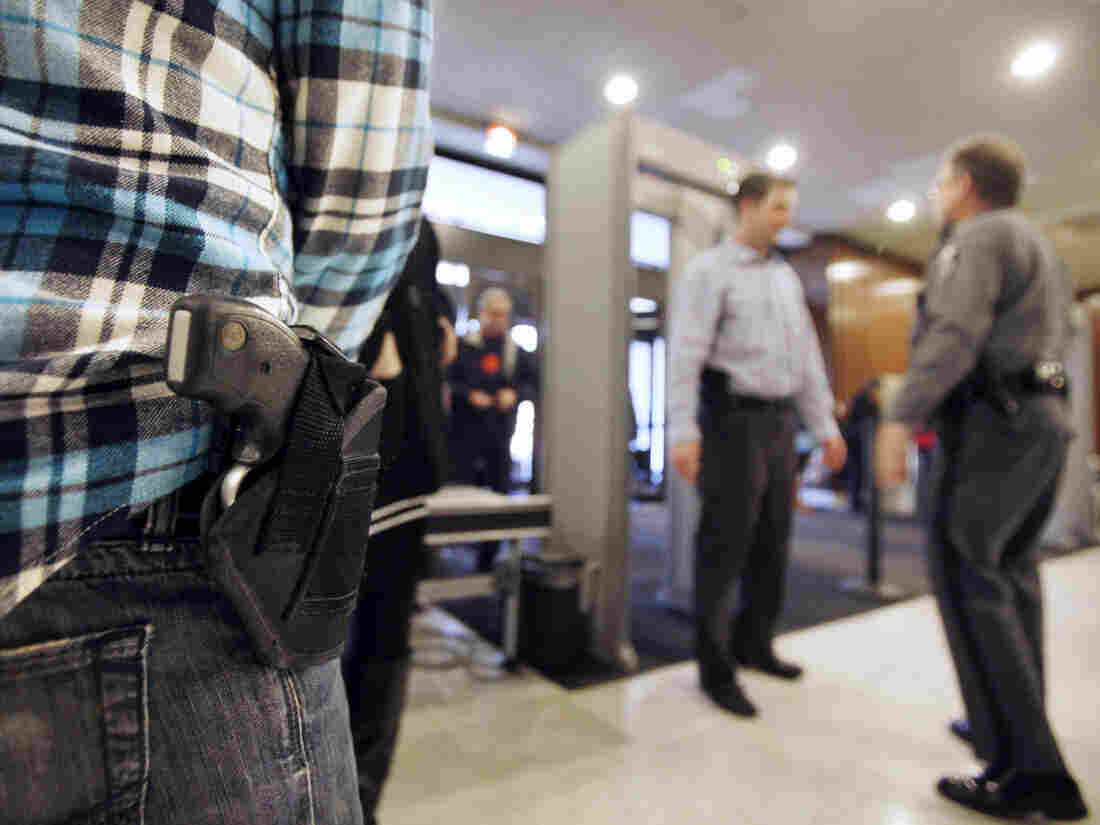 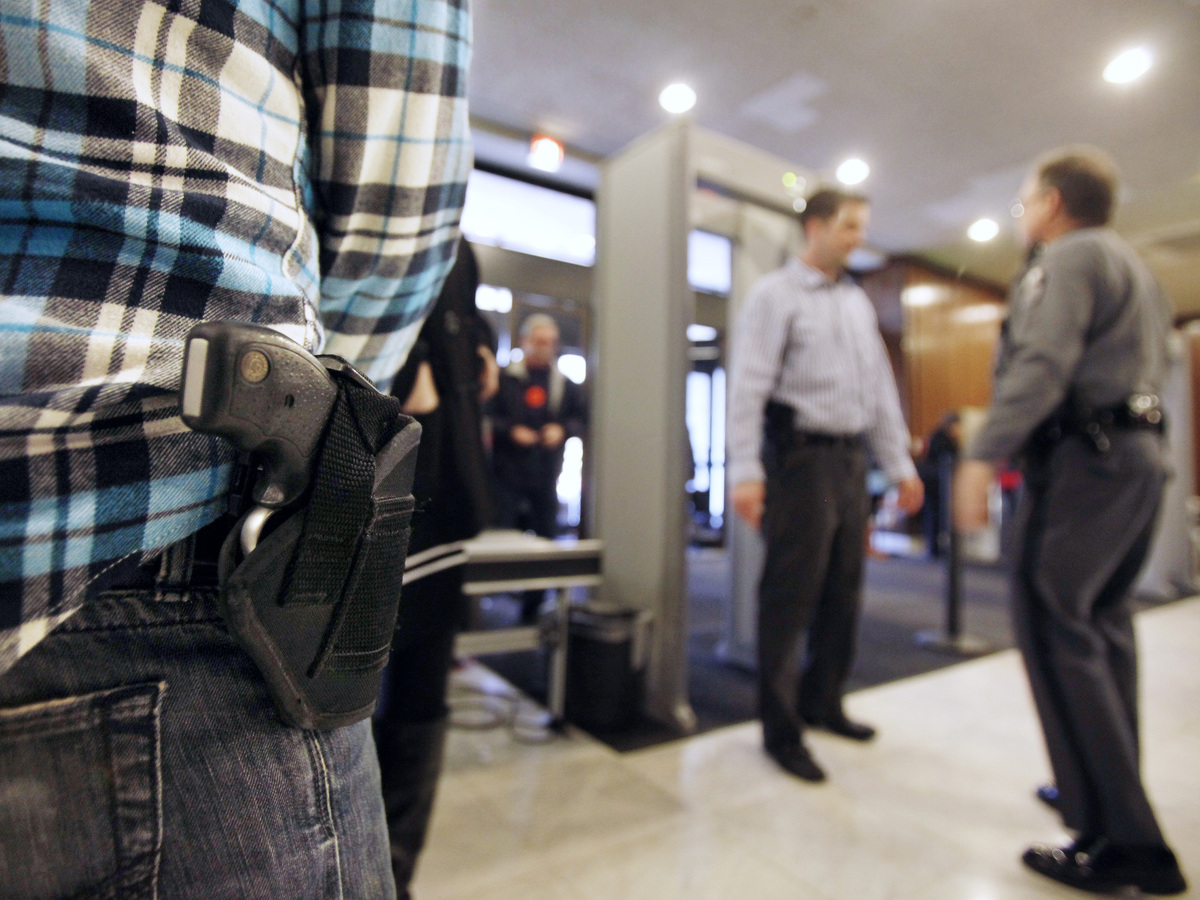 A concealed handgun permit holder waits to enter the General Assembly building in Richmond, Va., on Jan. 21. Known as "gun lobby day," crowds of gun owners visited the capital to argue in favor of gun rights. Most states in the U.S. allow people to openly carry guns in certain public places.

In Charlottesville, Va., residents are buzzing about a gun incident — but it wasn't a shooting. Sunday evening, a man walked into a supermarket with a loaded rifle. Shoppers called 911 and authorities rushed to the store, but police said they could not make an arrest. The man carrying the gun had not broken the law.

Bob Girard got a shock when he stopped in the Kroger store on his way home from work: A 22-year-old man wearing a baseball cap and a blue jacket was strolling through the supermarket with a rifle slung from his shoulder.

"People saw the gun. It was pretty easy to spot. He wasn't concealing it," Girard says. "It was right out in the open, and he created a reaction in the store."

Some customers bolted for the door. Others grabbed their cellphones and called 911. Lt. Ronnie Roberts, a 30-year veteran of the Charlottesville police force, says eight officers went to the scene, ordered the man to drop his gun and searched him.

"There was a note that was discovered during the investigative detention that reflected that he was exercising his First and Second Amendment rights," Roberts says.

In other words, the guy wanted to make a point — that the law allowed him to carry a loaded weapon, and he had a right to show his support for the Second Amendment by bringing his gun to the grocery.

The police were not impressed.

"What was the necessity of carrying it in there and alarming mothers, fathers and their children?" Roberts says. "And it alarmed us. It alarms law enforcement."

But Steve Sellers, the chief of police for rural Albemarle County, which surrounds the city, was unfazed.

"Unconcealed weapons have been permitted in rural parts of this state. That's pretty common," he says, "to see somebody wearing a gun."

People are allowed to openly carry weapons in certain public places in 44 states. Virginia gets a "gold star" from the advocacy group OpenCarry.org, which considers it "wholesome" to wear a properly holstered gun.

"By not having people carry openly, but by forcing them to conceal their firearm, we're treating them as somehow unwholesome. We're treating gun holders like some kind of criminal," says John Pierce, who founded the group. "What the open carry movement is trying to do is to normalize the presence of firearms in daily life."

It's unclear whether the man at the grocery store was on a mission to achieve that goal, and since no charges were filed, police will not give his name. But Girard hopes the state Legislature will take another look at its open carry law.

In the meantime, Pierce expects more of these kinds of incidents. He perceives them as a "spontaneous reaction by gun owners to what they see as a constant attack by the media, and by politicians, on what they see as their fundamental rights."

Kroger has banned the man with a rifle from its premises and has posted an armed guard at the door. But the chain will not prohibit loaded guns in all of its stores.