Accessibility links
Movie Review - 'Sound City': Music And Memories In An L.A. Landmark Much of rocker Dave Grohl's Sound City follows a familiar rock-doc formula. But his thoughtful love letter to a legendary Los Angeles studio succeeds, thanks to his jovial presence as the filmmaker-narrator-musician leading the way.

'Sound City': Music And Memories In An L.A. Landmark

'Sound City': Music And Memories In An L.A. Landmark 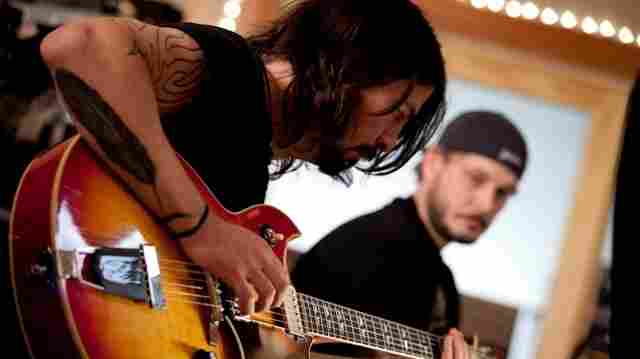 Not rated; some off-color language and a few Playboy centerfolds taped to the wall of the studio.

Dave Grohl has always been a joy to watch onscreen, whether bashing away at a drum kit like the heavy-footed, wild-haired spawn of John Bonham and the Muppets' Animal in Nirvana's "Smells Like Teen Spirit" video, or flashing an endearingly goofy grin in the Mentos-spoof clip for the Foo Fighters' "Big Me." And a big part of that appeal is the sense that no matter how long he's been in the business, Grohl is still a guy who is acutely aware that he's living out a teenage daydream every day of his life.

His first turn behind the camera as a director is essentially an extension of that same feeling, a celebration of just how unbelievably awesome it is to make rock music for a living — not to mention being so successful at it that you can get your childhood heroes to come over and jam.

That's where Grohl's debut documentary ends up. But before getting to the part where he giddily hosts recording sessions with the likes of Stevie Nicks, Rick Springfield and the artist formerly known as the cute Beatle, there's the small matter of the whole reason they're all here: Sound City Studios.

Opened in 1969, the L.A. recording studio would wind up becoming the go-to spot for the biggest acts in rock. The number of gold and platinum records that originated in the modest space is staggering, from Fleetwood Mac's Rumours to Rick Springfield's "Jessie's Girl" to Tom Petty and the Heartbreakers' Damn the Torpedoes. All of those artists — and plenty more — answer Grohl's call to participate in this tribute to one of the great rock 'n' roll landmarks, though one not so well-known outside the community of musicians themselves. 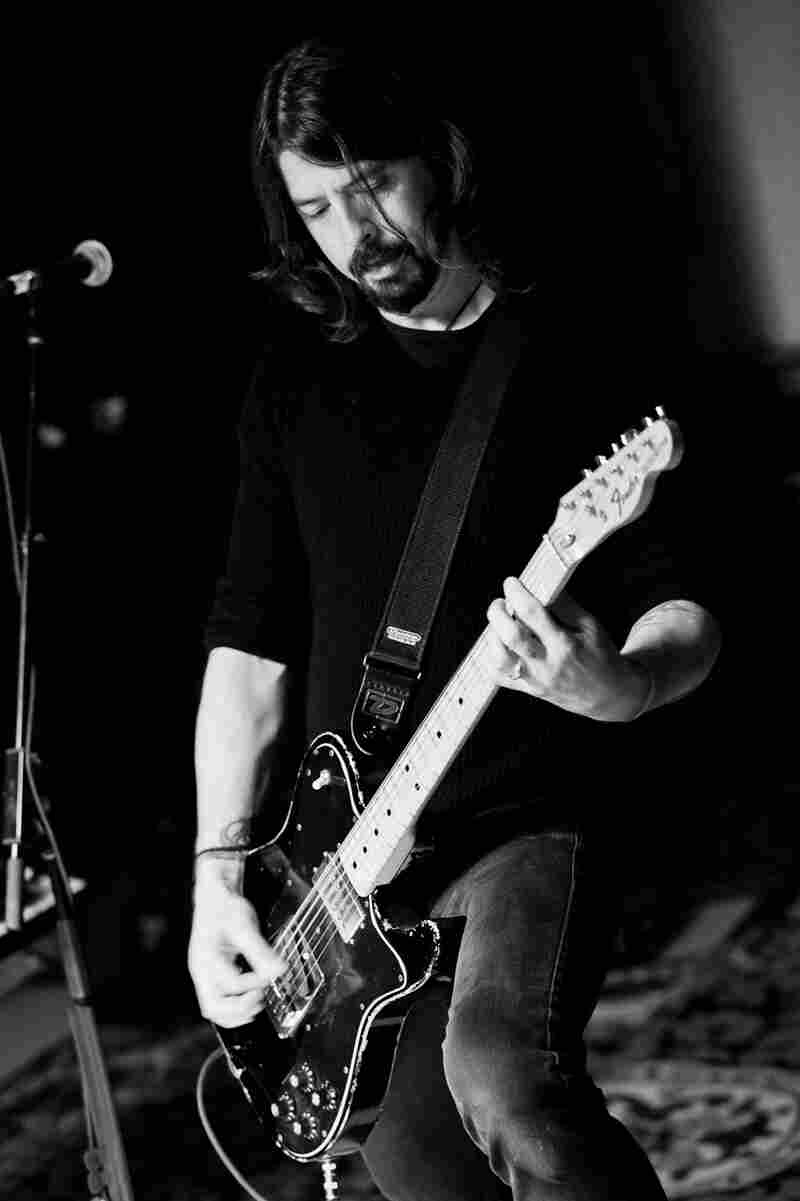 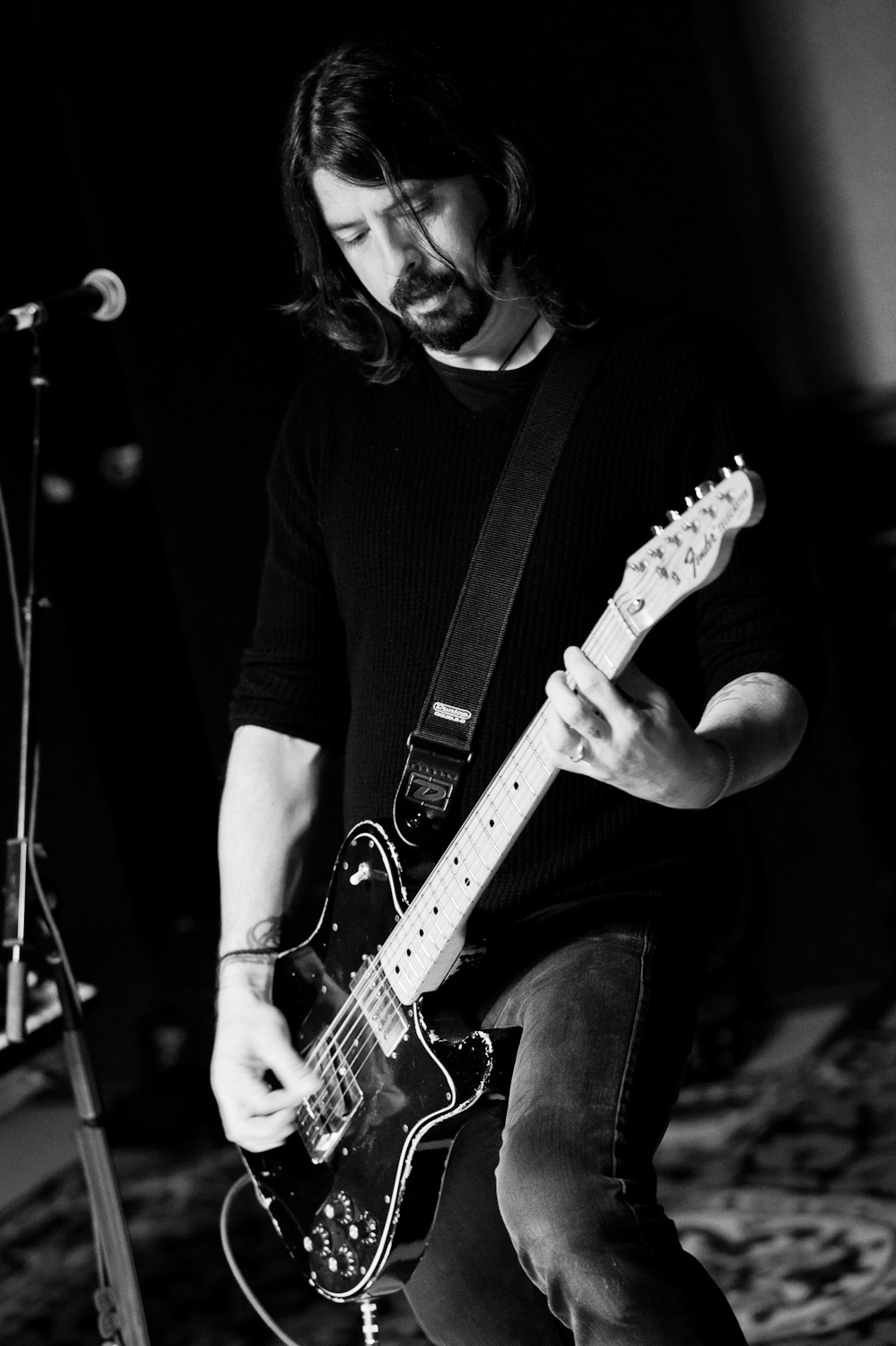 Grohl is the happy, hectic force at the musical core of Sound City.

Grohl's own introduction to the space came during the recording of another seminal record. In mid-1991, Nirvana jumped in a van and drove down from Seattle to make Nevermind, launching their own superstardom as well as a second tidal wave of interest in Sound City (the first came after Springfield's 1981 hit).

Grohl talks about being initially unimpressed by the look of the studio — a sentiment echoed by nearly everyone he interviews; Sound City was kind of a dump, a junky dive bar of a studio, but that didn't change the fact that it was a room where extraordinary sounds could be recorded.

The first hour-plus of the film sticks close to a standard rockumentary template: a chronological history combining talking-head interviews with archival photos and video, with the addition of some slightly geeky audiophile technical discussions. Both of those could easily slip into dull mediocrity, but Grohl recognizes that filmmaking isn't so different from writing a good pop song: Take a familiar structure, throw in some nice hooks to keep things interesting and add plenty of personality and attitude, and a touch of indefinable artistic magic.

Grohl's jovial presence is the hook; playing interviewer and emcee as well as director, he's the catchy bit you welcome every time it returns. The star-studded interview list provides much of the personality and attitude, as does a fantastically tense behind-the-scenes video of Petty and his band laboring long hours to craft their breakthrough record.

The magical aspect is the alchemy created by Sound City's studio and its custom Neve mixing board; it's difficult to quantify, but you can hear it on every musical clip in the movie. That magical mixing board practically becomes the star of the movie.

In fact, the board is the real reason the documentary was made: When Sound City had to shut its doors, Grohl bought it and had it installed in his own studio. Once he's finished telling Sound City's story — smartly using the venue's dogged adherence to analog tape to simultaneously tell the story of the industry's shift to digital technology — the film moves on to Grohl's studio, and to the pure joy of making music.

It's here where things also start to feel a little over-indulgent. The film could have easily been cut to a trim, focused 90 minutes without lingering so much on these jams and recording sessions. After a while, they begin to feel like they belong in an entirely different movie.

But the 15-year-old aspiring rock star still residing in my head makes a compelling argument excusing Grohl's excesses here: If you could get Paul McCartney to come play with your band, would you be able to resist showing it off a little?