Accessibility links
Milwaukee County Sheriff: 'You Have A Duty To Protect Yourself' Sheriff David Clarke tells residents that, with officers laid off and furloughed, simply calling 911 and waiting is no longer their best option. Many law enforcement officials are outraged, saying this call to arms will make the Milwaukee area more dangerous. 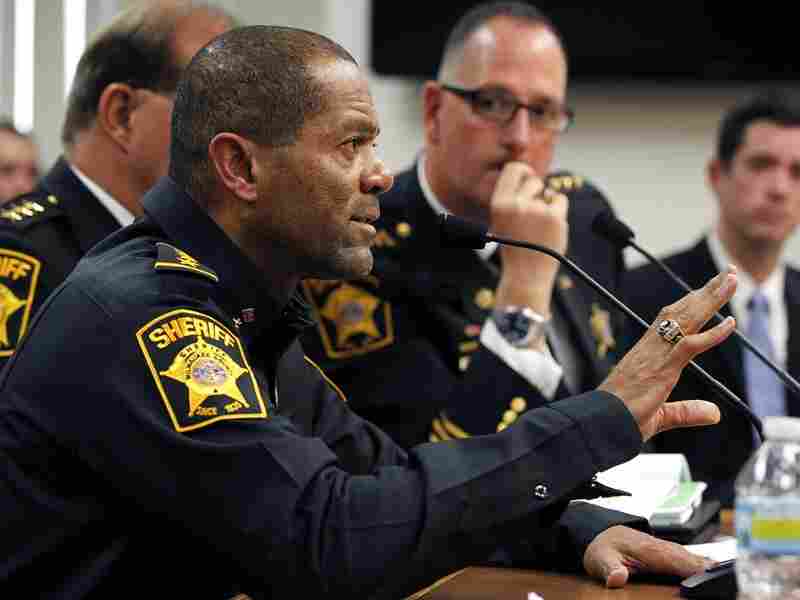 Milwaukee County Sheriff David Clarke has advised residents in a new PSA that they should consider taking a firearm safety course to defend themselves in a crisis as they wait for police to arrive. Gary Porter/AP/Milwaukee Journal-Sentinel hide caption 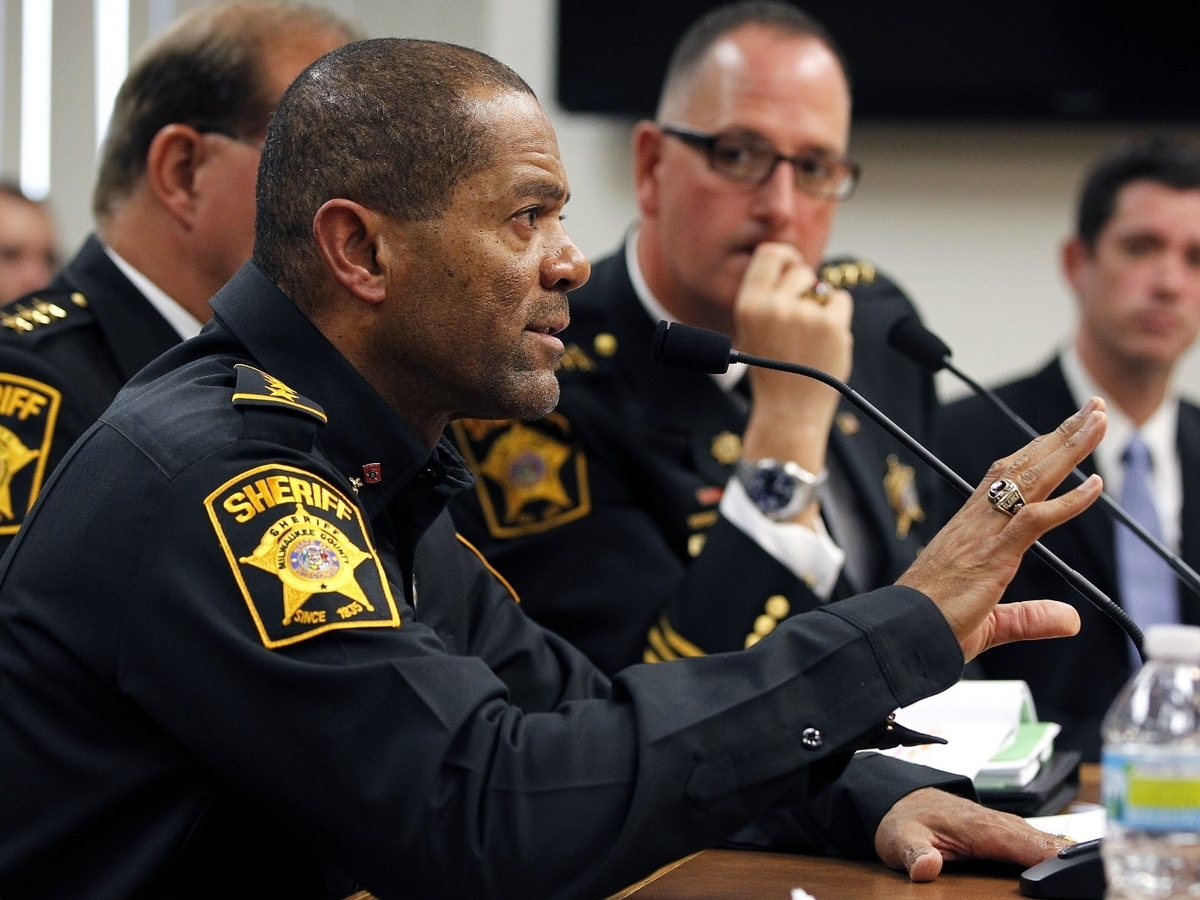 Milwaukee County Sheriff David Clarke has advised residents in a new PSA that they should consider taking a firearm safety course to defend themselves in a crisis as they wait for police to arrive.

A top law enforcement official in Wisconsin is urging people to arm themselves for their own protection.

Milwaukee County Sheriff David Clarke is airing a new public service announcement telling residents that because of budget cuts, calling 911 for help is no longer their best option.

The radio spot is sparking a firestorm of criticism from some law enforcement officials and gun control advocates. But not everyone in the city of Milwaukee's high-crime neighborhoods disagrees with the sheriff's controversial approach.

In the ad, a baritone-voiced Clarke sets an ominous tone: "I'm Sheriff David Clarke, and I want to talk to you about something personal: your safety."

With officers laid off and furloughed, Clarke says, calling 911 and waiting for police is no longer your best bet. "You could beg for mercy from a violent criminal, hide under the bed, or you could fight back. But are you prepared?" he asks. "Consider taking a certified safety course in handling a firearm so you can defend yourself until we get there. You have a duty to protect yourself and your family."

At a time of intense debate over efforts to strengthen gun controls, this is striking a raw nerve. Critics say Clarke is just mouthing the gun lobby's talking points.

Clarke was not available for an interview with NPR, but he has said that with fewer resources for his department, he needed to get creative. And on CNN this week, he defended his taxpayer-funded ad, arguing that for some situations, 911 is of no use.

"Once the wolf is at the door, once the intruder is inside your home, once you're on the street and someone sticks a gun in your face to take your car or your wallet, you don't have the option of calling 911," says Clarke.

"That ad implies that the sheriff and the sheriff's forces are going to come to residences when they call 911. That simply isn't true," says Barrett.

Barrett says it's the city and nearby suburban police departments that respond to 911 calls, not the county sheriff. He says response times are fast, and Barrett told CNN that calling 911 is still the best option.

"And to have a sheriff basically imply that it's not going to help you to call 911 I think is irresponsible," says Barrett.

Many police chiefs agree. Just outside Milwaukee, the Greenfield Police Department is reminding residents through social media that it has not laid off or furloughed officers and that its response time to calls of violent crime is under two minutes.

"I think he did a great disservice to the people of this community," says Jeri Bonavia of the Wisconsin Anti-Violence Effort.

She says telling Milwaukee County residents that they cannot rely on 911 service sends a dangerous message that could encourage vigilantism.

"It's encouraging people to take the law into their own hands or to only rely on themselves and not rely on trained law enforcement officers," she says.

Bonavia and others cite statistics showing that firearms in the home are much more likely to be used in suicides or domestic violence than for self-defense. And some residents of Milwaukee's high-crime neighborhoods agree that having more people arm themselves will not make the city safer.

"I think that's one of the problems in Milwaukee is that they got too many guns floating around," says David Price, who works part-time at the Center Street Market on the city's north side. "I think people are too irrational. I think tempers fly off the handle too quickly. People are imperfect creatures."

Some other employees and patrons agree, but not all.

"Of course, if you feel threatened in your home, you should be able to bear arms, especially if you're not a felon and you can own a gun. Why not take a class and protect your home?" says Anthony Davis, who also works at the market.

Davis says it's too risky to only rely on the police to respond, especially in higher-crime neighborhoods like this one.

But across the country, many police officials and organizations actively discourage residents from arming themselves, especially without substantial firearm training, though some acknowledge that Sheriff Clarke might have a point.

"It's counter to the culture, but unfortunately, he does speak the truth," says Dave Kenik, who heads the American Police and Sheriffs Association. He says 911 is still the best first response, but he notes that even when response times are fast, they're not immediate.

"There's an old saying that when seconds count, the police are minutes away, and it's very true," says Kenik.

But it's Milwaukee County's top law enforcement official's efforts to promote guns for self-defense that strike the wrong chord for many as the nation struggles to establish limits aimed at reducing deadly gun violence.