Accessibility links
Doing The Work: What '30 Rock' Meant For Women On Television 30 Rock has a tricky set of gender politics, but it turned out to be a profoundly feminist show, not because of what it said, but because of whose voice was speaking.

Doing The Work: What '30 Rock' Meant For Women On Television

Doing The Work: What '30 Rock' Meant For Women On Television 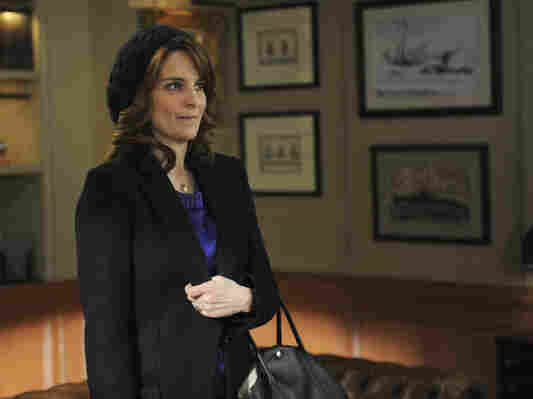 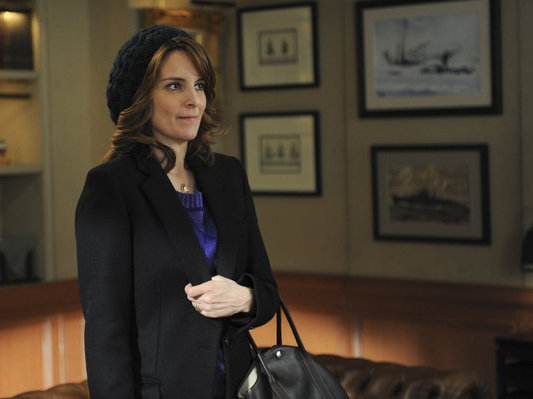 I have never considered Liz Lemon a feminist icon of any kind, nor have I ever considered 30 Rock especially strong when it comes to gender politics.

I don't care for the obsessive joke-making about how Liz is ugly/mannish/old/awkward, and I haven't always been comfortable with the way some of the "she's baby-crazy!" or "she's relationship-crazy!" comedy has played. I was ambivalent about the way the Jezebel parody and the "women aren't funny" storylines were executed.

And yet, I think it's been one of the most important, helpful, meaningful, landscape-altering shows for women in the history of television for one simple reason: whatever the positives and negatives of the show's voice and aesthetic, it is Tina Fey's voice and her aesthetic, and everyone knows it.

Women in television comedy — even the great ones, even the icons — have traditionally been presented mostly as gifted performers or, at the very least, people whose sensibilities primarily advanced their own performing careers. They might run successful production companies, as Mary Tyler Moore did and as Lucille Ball did, and they've often been their own producers and had substantial power over their own shows, as Roseanne was and as Cybill Shepherd was. But they haven't generally become known for creating, as writers, a style of comedy that didn't have to revolve around their own performances and translated to writing for others. That's not to say they weren't doing it, not at all — I don't know how to even process the fact that more people don't know who Paula Pell is — but they didn't usually become famous for it.

Certainly, Tina Fey became famous as a writer hand-in-hand with her portrayal of Liz Lemon, and that performance has been much decorated and is one key to the show's success. But 30 Rock has such a bent, frantic, absurdist tone that it reads as a tremendously specific comedy style unto itself, and it's a style that is understood, here and everywhere, to belong to Tina Fey the writer, not just Tina Fey the performer. While she obviously collaborates with other writers in executing that style, it belongs to her, it travels with her, and it's benefited other performers, especially Alec Baldwin and Tracy Morgan (not to mention what it's done for Jon Hamm, Matt Damon, Jason Sudeikis, James Marsden, Will Arnett, Carrie Fisher, and countless others), at least as much as it's benefited her. I'm not even sure Liz Lemon is the standard-bearer for Tina Fey creations; I think Tracy Jordan might be, or Jack Donaghy might be.

Jen Chaney at Slate asked the other day whether 30 Rock has changed the landscape for women, and seemingly concluded that it mostly hasn't, because most shows are still run by men. That's certainly true, and the small numbers of women in writers' rooms is still one of those problems that's so depressingly resistant to change that it's hard to know what anybody can say about it that's new.

But there's more to the question than that. 30 Rock may not have undone years and years of gender imbalance in running shows, and it may not have changed hiring practices, but it's hard to remember now that before it came along, the entire idea of a woman having a comedy brand that translated to comedic opportunities for people other than herself was depressingly shaky as a public proposition. Again, that doesn't mean women couldn't do it or weren't writing comedy — there were women writers from the very beginning at Saturday Night Live and elsewhere. But comedy's creative centers of gravity in the public imagination were not generally women.

In recent years, that discussion has started — just started — to shift. I don't like Chelsea Handler's style of comedy, for instance, but it is hers, and it is associated with her, and it is assumed to be something a network can translate into a comedy she isn't performing on. While that comedy, Are You There, Chelsea? failed (justifiably), it made it on the air, and it's spun out into Whitney Cummings not only creating a show for herself, but also co-creating 2 Broke Girls. And Mindy Kaling, while she does perform on her show (as Fey does), works more in the Tina Fey model. She had a relatively small on-screen role on The Office and a much larger one in the writers' room, and she came to The Mindy Project known as much for her style and her writing as for her performance. And of course, there's Lena Dunham, who appears on Girls but whose public image — both positive and negative — is at least as driven by what people think of her as a creator and writer as it is by her acting.

It's true that a lot of comedies created or co-created by women have been canceled — Don't Trust The B, Ben & Kate, to name two particular bummers — but it's also true that comedy in general is struggling mightily with ratings issues. That those shows happened, and that their sensibilities were so closely identified with their female, non-performing creators, is something.

We've all seen enough purported Years Of The Woman in every field you can think of to be skeptical of any claims to real progress. But Tina Fey The Writer certainly moved the ball at least a yard or two in a couple of important ways. First, anyone still trying to remain above water while clinging to the theory that women aren't funny now has Tina Fey tied around one ankle like a 20-pound stone — and it's not just because of 30 Rock. She and Amy Poehler breezed into the Golden Globes and blasted just about every host that silly show has ever had clean out of the water. That doesn't mean everyone has given up, and heaven knows it must be a soul-battering drag to be the most visible public face of this dumb debate, but she put her head down and made her show, and it helped. She talks in her book, Bossypants, about ignoring sexism as much as she can, and there's a decent argument that not everyone has that luxury. But no matter what she had said, or how out-front she'd chosen to be about it, the most important thing about her work was always going to be the fact that she did it, rather than what she said about doing it.

Second, she created an example to aspire to for women who want to enter comedy known primarily as writers and creators, without necessarily expressing themselves primarily through their own performances. It's one thing to create a comedy persona, but it's another to be known as a creator of a distinct style.

I don't think it was ever the intent that 30 Rock would be feminist; it was the intent that it would be hilarious, and it often was. I don't think Tina Fey came to prove anything about women; she came to write jokes. She came in as an underdog to Aaron Sorkin's Studio 60 On The Sunset Strip, and she wrote the show for seven seasons. It was strange and uneven and wackadoo, like it was being held hostage by the Dread Pirate Roberts and would likely be killed in the morning, but it went on through boyfriends and marriage and kids and Jack finally getting his big chance to run GE. What makes it important for women is not its storylines about work-life balance or adoption or body image; what makes it important for women is its indelibility and its specificity. It could be and could have been no one else's.