Accessibility links
The Mexico-Canada Guest-Worker Program: A Model For The U.S.? Mexico has sent guest workers to Canada for nearly four decades, filling agriculture jobs that Canadians don't want, with Mexicans who do. Some say the U.S. should consider this model as it looks at overhauling the immigration system. 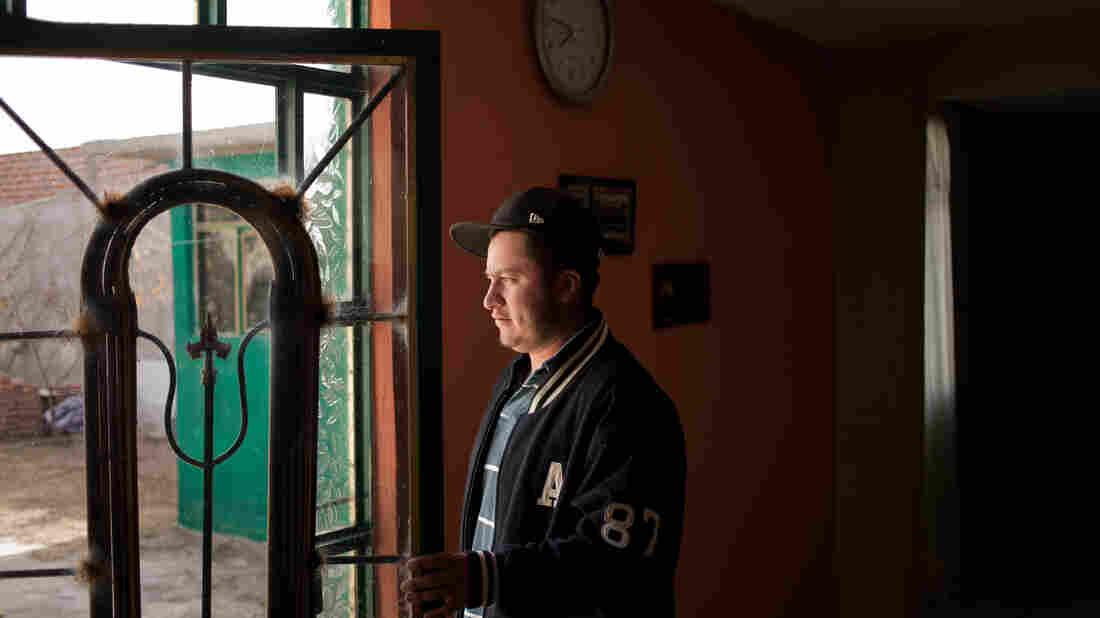 Armando Tenorio at his home in Mexico last December. Tenorio spends most of the year working on a blueberry farm in Canada, on a temporary work permit, to support his family in Mexico. Dominic Bracco II/The Washington Post/Getty Images hide caption 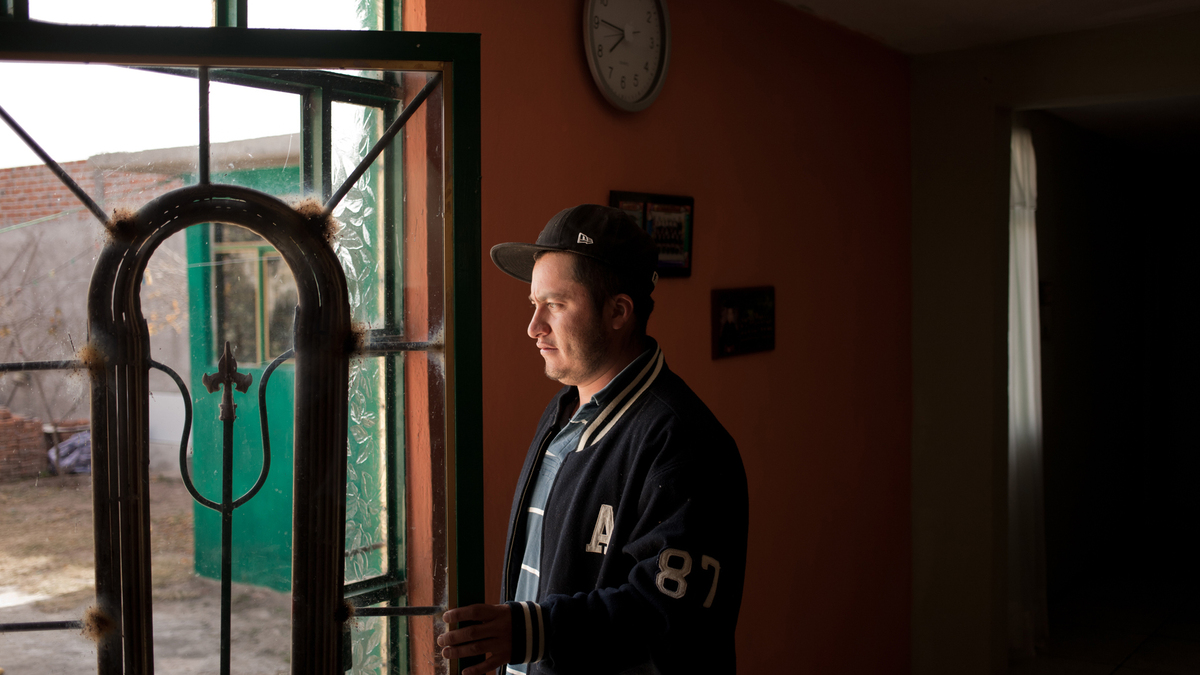 Armando Tenorio at his home in Mexico last December. Tenorio spends most of the year working on a blueberry farm in Canada, on a temporary work permit, to support his family in Mexico.

In the U.S., farmers and farm workers alike say the current system to import temporary workers, especially in agriculture, is slow and fraught with abuses.

But the shape of a new guest-worker program is still being hashed out. Some say the U.S. should import temporary workers the same way Canada does. For nearly four decades, the governments of Canada and Mexico have cooperated to fill agriculture jobs that Canadian citizens won't do, and that Mexicans are clamoring to get.

On a recent day, the line outside the state labor office in downtown Puebla, Mexico, is long. About 15 men, many of whom have traveled several hours from rural towns to get here, listen for their names to be called.

Juan Carlos Corona is called into the office. A state worker enters his name and file number into the computer. She prints out his latest application, staples photos of Corona to his file, and tells him to come back in two months for a medical exam.

If everything checks out, Corona will get his visa, a plane ticket to Canada and six months of full-time work. This would be the third year he's worked legally in Canada's broccoli fields. Before that, he says he would sneak into the U.S. to find work.

"It was really tough. We would have to hike over mountains, cross at night in the cold. It would take 10 days and cost thousands of dollars," Corona says. "This way I take a comfortable plane ride, and I'm there in four hours. I really like this program."

Mexico has sent workers to Canada for nearly four decades. Bianca Garcia, who administers the program for the state of Puebla, says it's a win-win for both countries.

She says Mexican workers are poor, with few job prospects at home. And in Canada, farmers need workers. Mexico sends about 17,000 workers a year to Canada. Garcia says every year she turns away applicants.

Those who do get a chance to go almost always come back home. The Mexican government closely screens applicants — mostly men between the ages of 22 and 40, with small children at home.

Farmers have advocated for such a guest-worker program for years in the U.S.

Manuel Cunha, who heads a growers group in California, says the current U.S. guest-worker program, known as H2-A, doesn't work — it's too bureaucratic and too costly, and farmers can't get workers fast enough.

"That's why the H2-A program, over the past 30 years, 40 years, has not been a solution for agriculture when we run a shortage of labor," Cunha says.

He says many aspects of the Canadian program could be a model for U.S. lawmakers now crafting a new guest-worker program.

Farmworker advocates aren't as convinced. Erik Nicholson, a vice president of the United Farm Workers of America, says that in Canada, Mexican guest workers are tied to one employer. If the worker complains, the employer just sends him back home.

"We want workers that are able to work wherever they can get the best return on their day's labor, that they are recruited fairly and will not be put into debt peonage and [have] to pay thousands of dollars — that they have the required skills and training to produce a quality product in a safe and just way," Nicholson says.

At the Puebla state employment office, Marcelo Ramirez Garcia says he's anxious to get all his paperwork done and return to Canada. This will be his 23rd trip. He is 60 years old.

He says it's hard to leave his family for such long stretches of time, but he's glad he's been able to give them a better life in Mexico — something he couldn't have done without the work in Canada.