Accessibility links
Movie Review - 'Caesar Must Die' And 'Warm Bodies': Shakespeare, In Prison And The Afterlife William Shakespeare gets two modern takes with the Italian art film Caesar Must Die and the romantic zombie comedy Warm Bodies. The quirky, curious reinventions show how the words of the Bard can brighten up any story. 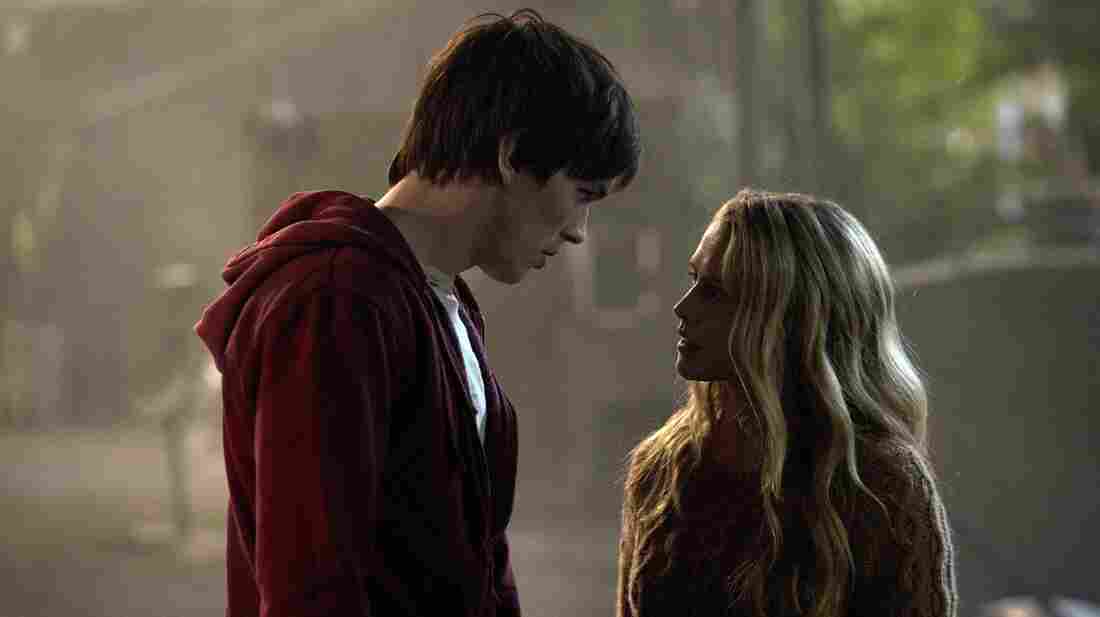 In the Romeo and Juliet-inspired Warm Bodies, a zombie known only as R (Nicholas Hoult) falls in love with Julie (Teresa Palmer), who's still human. Jan Thijs/Summit Entertainment hide caption

The Italian art-house film Caesar Must Die and the teen zombie-comedy Warm Bodies do not, at first glance, appear to have much in common. But they share a bit of creative DNA, both being inventive riffs that turn Shakespearean tragedies into something else entirely.

Start with the one that's more or less Shakespeare straight — straight as it can be in Italian, anyway. Caesar Must Die takes its audience both behind the scenes and behind bars at the maximum security wing of Rebibbia prison outside Rome to watch a select group of inmates rehearsing Julius Caesar, just a few miles from the spot where the real Caesar was slain.

The folks on-screen are actual convicts — murderers, drug traffickers, mafiosi — and yes, the stabbing death of Caesar, even in rehearsal, feels real. But Caesar Must Die is not a documentary. The Taviani brothers, Paolo and Vittorio, have been blurring the line between reality and fiction in their films for six decades.

Here, although they identify the convicts and their crimes early on just as they would in a nonfiction film, they also script every moment — blending life offstage and on until it's hard to say whether the lifers scrambling to their cells after a jail-yard assassination are acting or simply engaged in self-preservation.

Eventually, rehearsals shot in black-and-white give way to the vibrant color of a public performance that ends with cheers and a standing ovation. The men and their characters seem briefly indistinguishable. 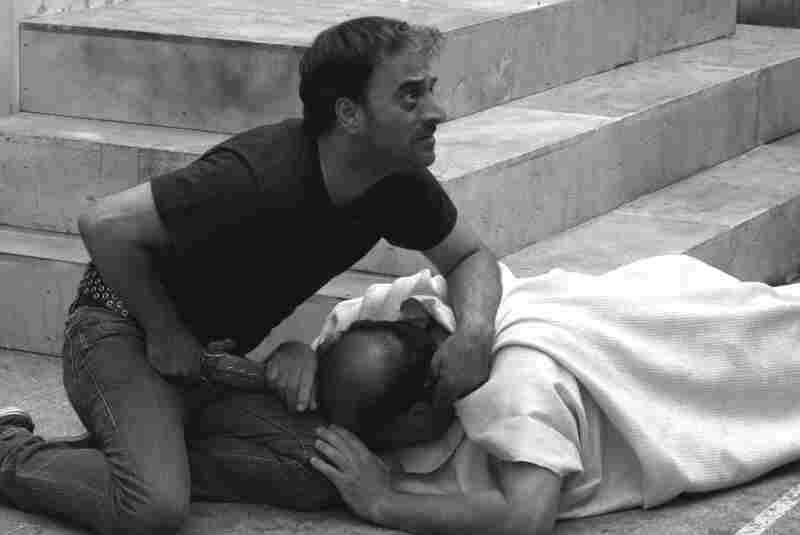 Brutus (Salvatore Striano) delivers the final blow to the dying Caesar (Giovanni Arcuri) during a performance of Shakespeare's Julius Caesar in the film Caesar Must Die. Adopt Films hide caption 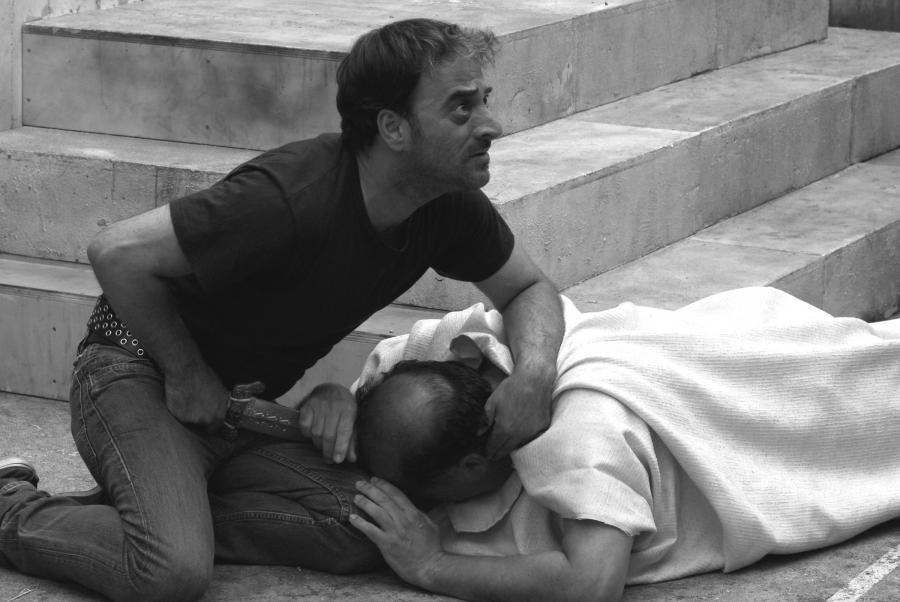 Brutus (Salvatore Striano) delivers the final blow to the dying Caesar (Giovanni Arcuri) during a performance of Shakespeare's Julius Caesar in the film Caesar Must Die.

Then they return to their cells, Caesar's head bowed, Cassius subdued as the door clangs shut behind him and he surveys his spartan surroundings.

"Since I got to know art," he says, "this cell has become a prison."

If Caesar Must Die straddles the line between fact and fiction, Warm Bodies invents a whole new genre. It's a romantic-comedy riff on Romeo and Juliet, involving zombies — a rom-zom-com, if you will. Its star-crossed lovers: a rosy-cheeked heroine named Julie (Teresa Palmer) who complains about her overprotective father, and a paler-than-pale hero with vacant eyes (Nicholas Hoult) who is livelier — at least in voiceover — than you might expect.

R, who can only remember the first letter of his name (but what's in a name, right?) is a walking-dead Romeo who's dimly aware that his appetite for fresh brains is a handicap when he's around a pretty girl. Still, he's gallant enough to rescue Julie when her friends are killed in an encounter with his flesh-eating buddies.

A little slow on the verbal uptake — no "parting is such sweet sorrow" for this guy — R has a Mercutio-like buddy named M (Rob Corddry) who's willing to do battle for him. Julie, meanwhile, has a reluctantly supportive Nurse-like pal (Analeigh Tipton), and though there's only a zombie plague on one of their houses, there is a balcony scene before things head in a more undead direction for a decidedly nontragic, disappointingly conventional battle finale.

There's not a lot of gore — or even suspense — in Warm Bodies, and the script plays fast and loose with the zombie rules invented by Night of the Living Dead creator George Romero. (Whose last name, let's note, is just Romeo with an extra R). But director Jonathan Levine's area of expertise is confused-young-men comedies like The Wackness and 50/50, so he really gets this hero's predicament. And like the Taviani brothers in Caesar Must Die, he finds strategies in Warm Bodies to make what has long been considered a deathless tale undead in a new way.

Remarkable, when smart directors hold the Bard's mirror up to nature, what gets reflected.