Accessibility links
Interview: Gina Keating, author of 'Netflixed' House of Cards is a $100 million adaptation of a British television show. Starring Kevin Spacey, the first two episodes are directed by The Social Network's David Fincher — and all 13 episodes will be available at once. 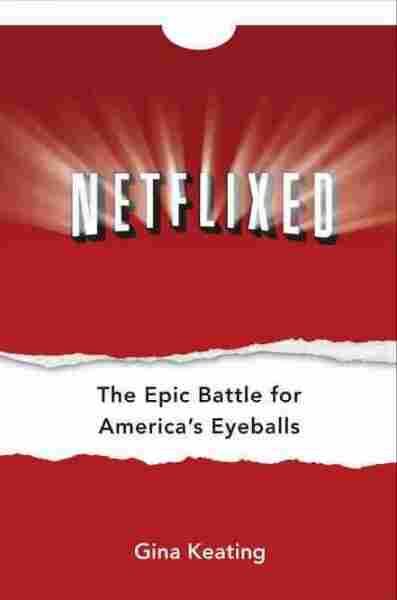 The Epic Battle for America's Eyeballs

Netflix customers will soon have a new option: Along with the company's usual offerings, viewers will be able to watch a new show called House of Cards, a political drama adapted from a British show, and starring Kevin Spacey. David Fincher (known for The Social Network and Seven) will direct the first two episodes. But what's new about House of Cards is that all 13 episodes will be available at once — and they were financed by Netflix itself.

Netflix actually started creating its own content several years ago, creating a film production and distribution arm called Red Envelope. "That was really to ingratiate themselves with the filmmaking community, especially the independent filmmaking community, but also to have some sort of original programming that wasn't too expensive," author Gina Keating tells NPR's Steve Inskeep. Keating's latest book is Netflixed: The Epic Battle for America's Eyeballs,

The company folded Red Envelope in 2008, but is now moving back into content production with House of Cards. Keating says Netflix's goals are a little different now. "This is a much bigger bet. It's a lot more expensive; it is going to hit their bottom line in terms of cost," she says, "and the objective here is to sign up subscribers — that's all it is. It's to bring people in the door, get them to see House of Cards, and then look around and see what else there is, and stick around." And at $100 million committed for two seasons, it is indeed a big bet.

Keating says House of Cards could revolutionize television production. "All of those episodes are going to be put up at once, so it could really subvert the traditional storyline telling, where you have multiple storylines that you need to carry out through different episodes."

With every episode available at once, House of Cards won't be appointment viewing. But, Keating says, that could work in Netflix's favor. "I don't think people enjoy appointment viewing any more. I think they still talk about the series that they want to see. They share — you know, I loved Weeds, I love whatever program they've been watching — and I think Netflix has an advantage that I don't think any other purveyor of content has, and that is 15 years of data on subscribers, not just on what they like, but also on how they use the service ... and they can program to that."

"They have a very powerful matching algorithm that underpins the way that your Netflix page works," she continues. "Everybody's Netflix page looks different based on what they've viewed in the past and liked. And then they can aggregate those communities to create audiences for content."

Read an excerpt of Netflixed