Accessibility links
First Listen: The Bryan Ferry Orchestra, 'The Jazz Age' Ferry re-imagines his songs, both solo and with Roxy Music, as the product of a 1920s jazz band. The result is a complete joy, capturing the eccentricity of Ferry's music while still conjuring up the romance of a vintage sound. 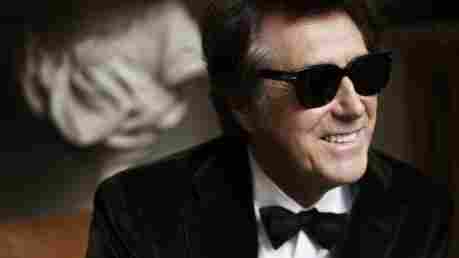 This is just about the most surprising album in recent memory, and a complete joy. The singer for Roxy Music, Bryan Ferry has also enjoyed a long solo career, both as an interpreter of songs by others — Bob Dylan, The Beach Boys, Sam Cooke, Cole Porter, Lou Reed and many more — and as an extraordinary songwriter who's released 13 solo albums, each with its own strengths.

Still, nothing prepared me for The Jazz Age, an instrumental album which re-imagines Ferry's work and the songs of Roxy Music as if they were performed by a 1920s jazz band. Colin Good, who arranged the album (working with Ferry and The Bryan Ferry Orchestra), is a British composer and arranger known for his work in theater and television, as well as with a 1930s-style orchestra known as Vile Bodies. The result of the collaboration sounds incredibly fresh, capturing both the eccentricity that has always been a part of Ferry's music and the romance conjured up by the vintage sound.

Warmly recorded and wonderfully performed, The Jazz Age (out Feb. 12) works on many levels. If you don't know the songs, the melodies stand on their own, and if you do, prepare yourself for an absolute thrill.