Accessibility links
Got A Superbug? Bring In The Robots Johns Hopkins Hospital is using disinfecting robots to kill dangerous drug-resistant bacteria in its hospital rooms. Since it began using the machines, the hospital has seen the number of untreatable infections fall by a stunning 64 percent.

Drug-resistant bacteria are a growing problem at hospitals across the country. The bacteria, such as Staphylococcus and Clostridium difficile, are difficult to prevent and impossible to treat. 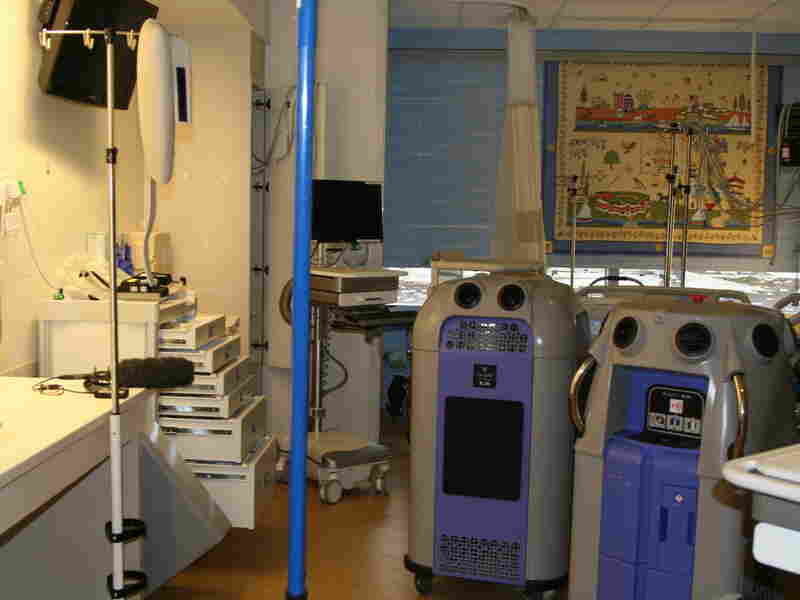 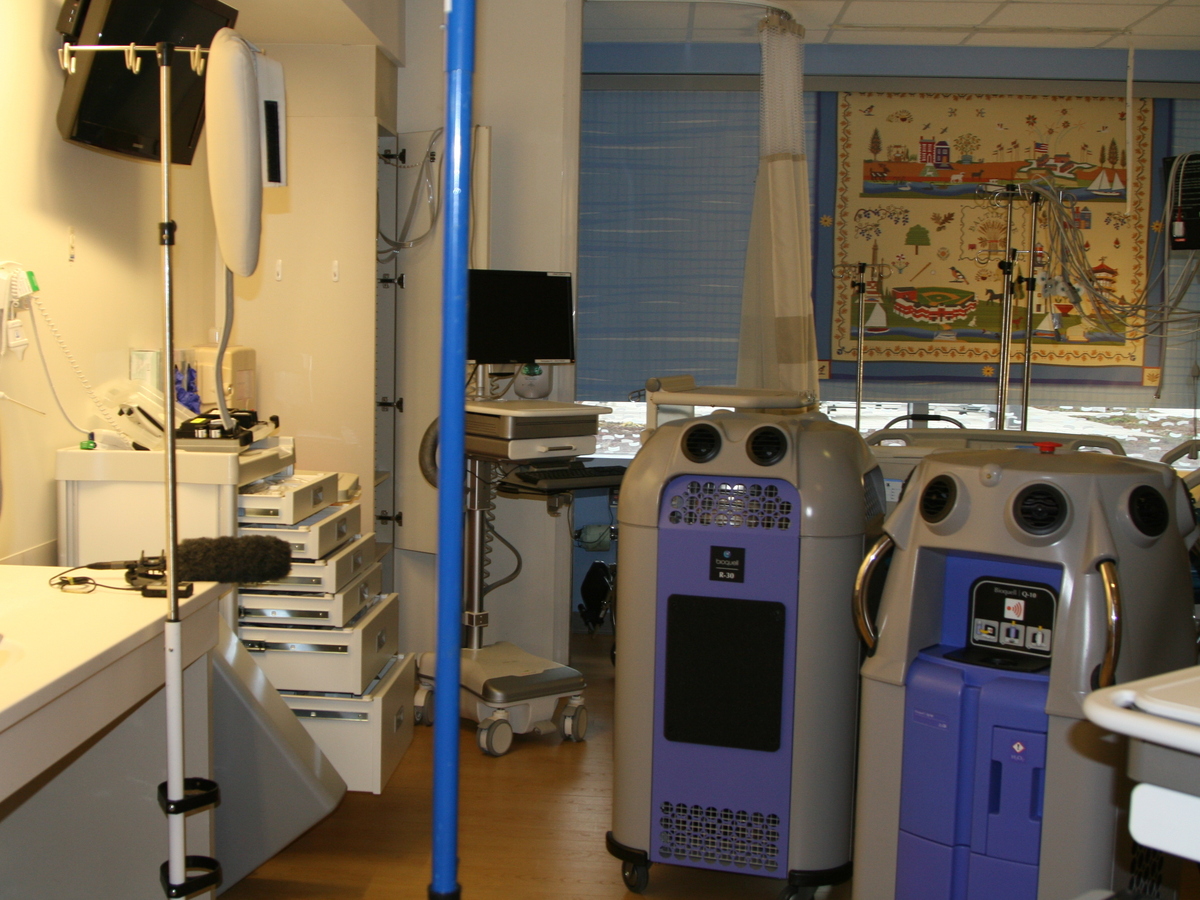 "The problem is expanding, and it's going up and up and up," explains Dr. Trish Perl of Johns Hopkins Hospital in Baltimore. "We're running out of antibiotics to treat, and so the challenge is can we prevent?"

At Johns Hopkins, doctors have turned to a new technology to prevent the so-called superbugs: robots. The machines spray toxic doses of hydrogen peroxide into sealed hospital rooms, killing any bacteria.

Before the robots can be switched on, the rooms are made ready by a technician. Michael Duclos showed host Laura Sullivan, host of weekends on All Things Considered, how he prepares a room by closing off air vents and opening up drawers.

"We want to get the hydrogen peroxide on all the surfaces," he said.

The last step in the process is to tape the door to the room shut to keep the toxic hydrogen peroxide mist from getting out. For 30 minutes, the robots spray a colorless, odorless vapor. If a person walked in, he wouldn't be able to breath or open his eyes.

When the robots are done infecting, the room looks the same, but is clean and safe for patients. Since Johns Hopkins started using the machines, it has seen the number of untreatable infections fall by a stunning 64 percent.

Doctors there say they hope other hospitals will follow suit.