Accessibility links
Remembering Karen Carpenter, 30 Years Later By the time she was 24, Carpenter was already famous, having released more than a dozen hit records with her brother Richard. Her legacy remains a source of disagreement. 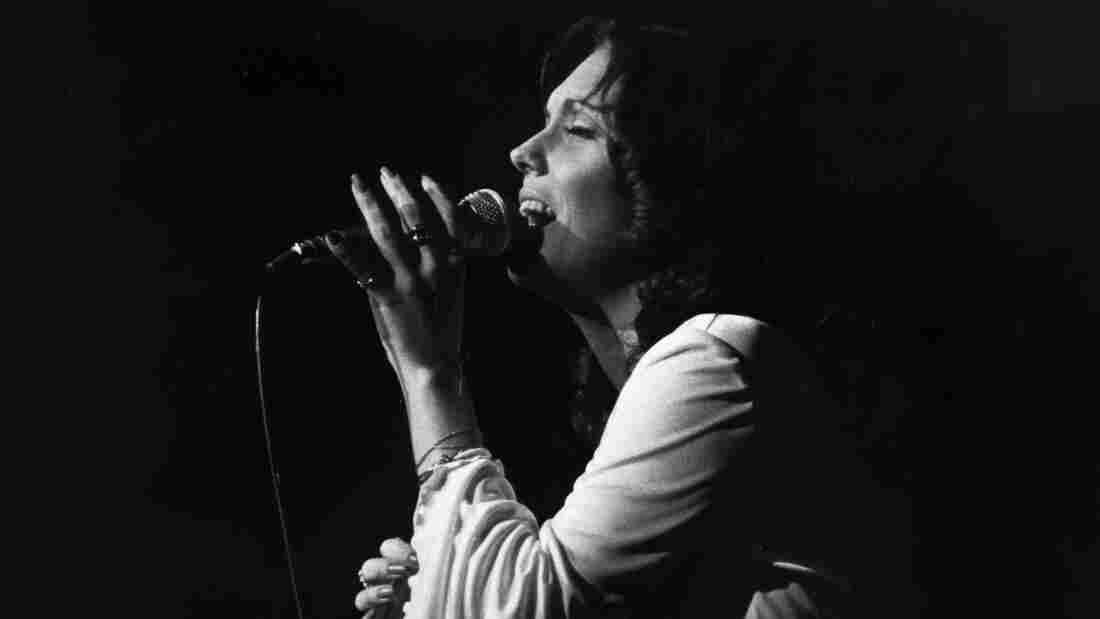 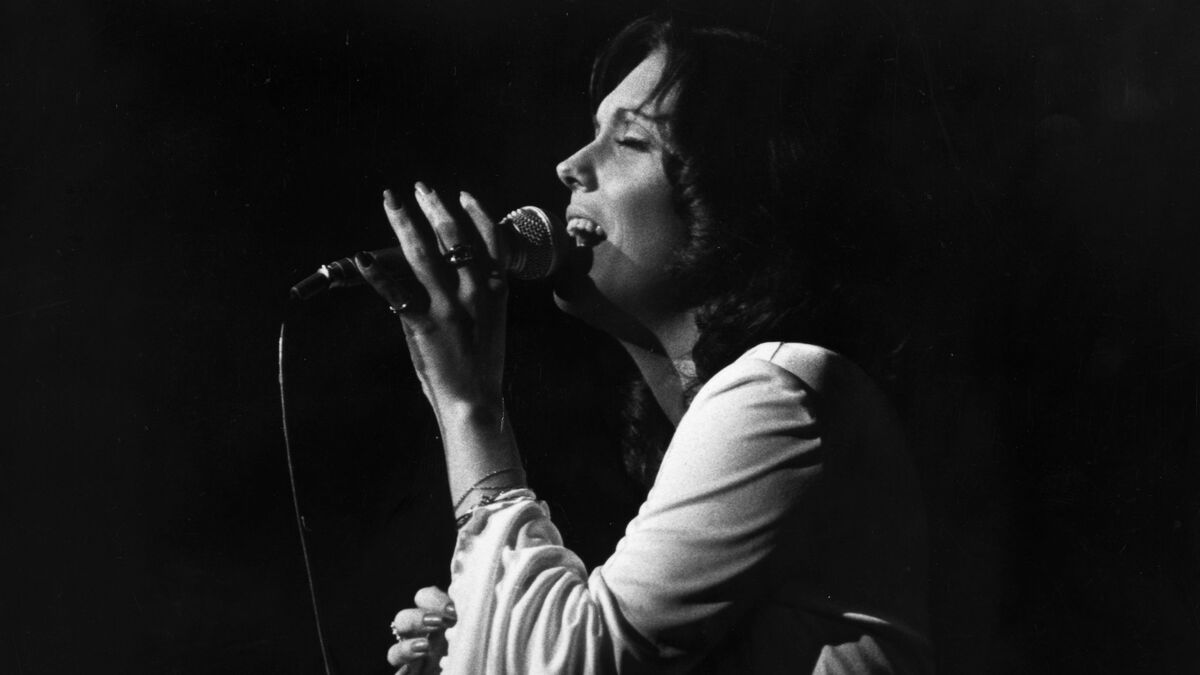 Karen Carpenter, of The Carpenters, performs in London in 1974.

By the time she was 24, Karen Carpenter was already famous, having released more than a dozen hit records with her brother, Richard, including "Close to You," "We've Only Just Begun," "Rainy Days and Mondays," "Superstar" and "Top of the World." Less than 10 years later, she'd be gone, the victim of heart failure brought on by anorexia nervosa. Karen Carpenter died 30 years ago Monday at age 32, and her legacy as one-half of the singing duo The Carpenters is a source of some disagreement.

Today, there are more than a half-dozen websites devoted to her life and career, while several Carpenters tribute bands tour in both America and the U.K. Rolling Stone rated her velvety contralto voice at No. 94 on its list of the Top 100 greatest singers of all time. Yet every person who enjoys The Carpenters as much as I do knows several others who don't. In fact, my entire household is divided on the issue. Not evenly divided, mind you: I love their music; no one else in my family can stand it.

It reminds me a little of my junior high school days, when The Carpenters were riding high on the charts and two die-hard, acid rock-loving bullies taunted me to name my favorite group. I told them. They laughed and slammed me against a locker.

But the fact remains that I'm not alone in my musical estimation of Karen Carpenter's gift — a number of music-industry luminaries have extolled the virtues of her vocals. Paul McCartney, for one, said that she has "the best female voice in the world: melodic, tuneful and distinctive."

If you listened only to the radio in the 1970s and didn't buy the albums, you might not know just how far beyond the hits The Carpenters' catalog really travels. There are Great American Songbook classics, golden oldies, torch songs, and even a novelty or two, like "Calling Occupants of Interplanetary Craft." All those multitracked harmonies in the background of many of their hits, all those oboes and French horns and harps — that's not the entire musical story for The Carpenters, and that's a bit surprising to many people. But even then, it isn't always easy to get those people onboard.

Karen Carpenter was born in 1950, 3 1/2 years after Richard, in New Haven, Conn. Richard was a musical prodigy from the start, and would stay inside listening to records and practicing as a boy. Karen much preferred to be outside playing softball. Their parents, Agnes and Harold, moved the family to Downey, Calif., in 1963, with the idea that the recording scene there would provide good opportunities for Richard.

By then, Karen had developed her own love of music, taken up the drums and began singing. Richard formed several combos and always took his sister along for the ride. However, it was actually Karen — not Richard — who got a recording contract first, at 16. Unfortunately, the deal was short-lived because the small record label had little money for promotion.

By 1970, Karen and Richard had broken through. Having signed with A&M Records, their singles were dominating the charts, and they would go on to win Grammy Awards the following March for best new artist and best contemporary performance by a duo.

Most of Karen's friends say that she was a goofy, fun-loving and caring friend — someone who craved stuffed animals and adored children. But she also had serious personal issues. She struggled to feel loved and accepted by her mother, who, by many accounts, was a stern and difficult woman. She also sought a sense of independence, and maybe even a reprieve, from her workaholic brother, who called all the shots and insisted on a grueling recording and touring schedule.

In 1979, Karen recorded a solo album with legendary producer Phil Ramone, but Richard and the executives at A&M didn't like the results and shelved it. Not long afterward, she met and married a real estate developer who, it turned out, was mostly interested in her money. What's more, he hadn't told Karen, who wanted to have children more than anything, that he had had a vasectomy.

The one thing Karen Carpenter knew she could control was her weight. Never a skinny child or young adult, she was conscious of the way she looked and was dieting obsessively by the mid-1970s. She sought help for anorexia, but apparently never devoted herself fully to a cure. Her mother found her dead on the morning of Feb. 4, 1983, on the floor of a walk-in closet at home. Karen had been taking massive amounts of ipecac syrup, which induces vomiting.

Karen's own all-time favorite Carpenters song was 1976's "I Need to Be in Love," which can be thought of as the theme of her life. One of the lines goes, "So here I am with pockets full of good intentions / but none of them will comfort me tonight." If nothing else, on the 30th anniversary of her death, those of us who got slammed against a locker simply for liking The Carpenters still have her music — her voice — for some comfort.